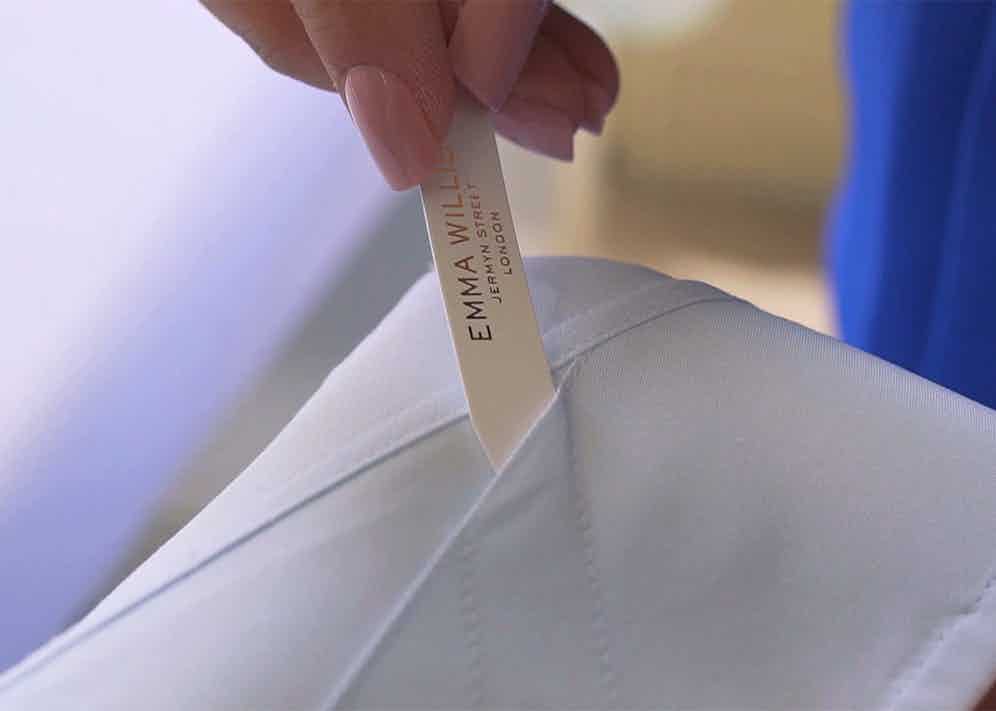 In an 18th century townhouse, nestled in the heart of Gloucester, hangs a series of black-framed photographs, all with a common theme: Emma Willis, shaking hands with a plethora of high-profile people. The moments are symbolic of the successes Emma has enjoyed as one of the UK’s most prestigious shirtmakers, as well as someone who’s used that acclaim to give back.

It was high profile customers that helped Emma’s business initially grow. Having worked for other menswear companies, she launched her own label in 1989, focusing on bespoke shirts made in England from the finest materials. Personally travelling to homes or places of work, she built up strong relationships with customers, who’d then refer her to their equally high profile friends, quickly developing a client book bursting with reputable names.

It wasn’t until 2000 that Emma opened her store on Jermyn St, where she immediately stood out in an area dominated by male-led brands. She used this as an advantage, adding a delicate flair to menswear, which has become the brand’s signature. “I don’t tend to like the really bold, masculine look at the very traditional end of British shirtmaking,” says Emma, from the cosy basement of her flagship store. “So it’s probably a softer look, slightly less formal. Even if it’s a linen shirt or a brushed cotton shirt, you still make it with equal care. One, it can still be bespoke, and two, you can make it with as much care and trouble as you would with your formal business shirt. So I think that combination is quite characteristic of us too.”

Of course, another value Emma holds in high regard is material, which is sourced from Italy, Switzerland and Ireland. “I’ve used the same mill in Switzerland for 25 years – they’re absolutely superb. It’s called Alumo, and most of our shirts are made from their cottons which are woven using the highest quality Egyptian Giza 45 or West Indian Sea Island raw cotton. And then for the more creative and casual fabric like linen, I would go to Italy, and Irish linens are beautiful too.”

Shop the entire Emma Willis collection here at The Rake.