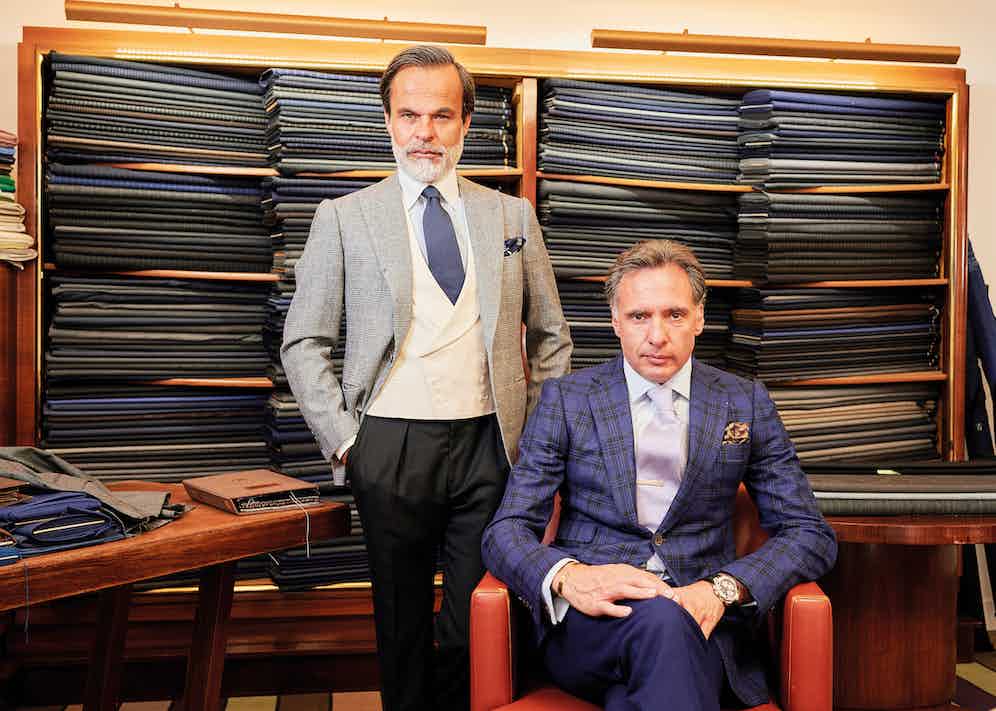 I've asked many an acquaintance, at the kind of soirée where sartorial distinction is as crucial to proceedings as oxygen, to nominate a single establishment as the world’s bespoke atelier nonpareil. Almost invariably the four-syllable response is the same, and uttered with a level of reverence that sees the speaker’s pupils snap into focus, and which induces slow, appreciative nods by all in earshot.

So why exactly is an atelier founded in Rome by Giuseppe Cifonelli in 1880, and these days entered via a staircase and a large wooden door in a Haussmannian building on Paris’s Rue Marbeuf (the house’s home since 1936) the Mecca, the Mount Sinai and the Mahabodhi Temple of international tailoring?

The reasons are manifold. Cifonelli’s storied folklore helps. It is surely one of the only top-tier ateliers in the world in which first-time visitors are greeted by members of the family who still helm the business — cousins Lorenzo and Massimo, the fourth generation of the Cifonelli tailoring dynasty. For a house that has welcomed Paul Meurisse, Lino Ventura, Marcello Mastroianni, Cary Grant, Karl Lagerfeld and François Mitterrand (whose Cifonelli collection was recently auctioned at Drouot), that’s an efficacious antidote to the soulless banality of corporate fashion. 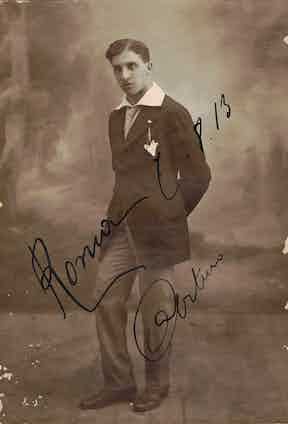 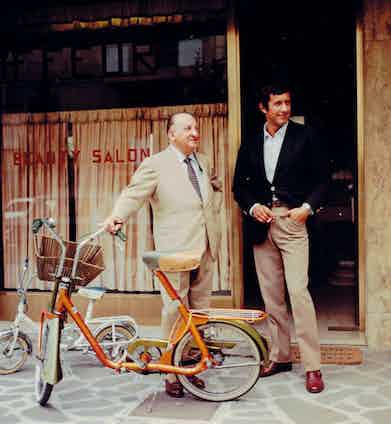 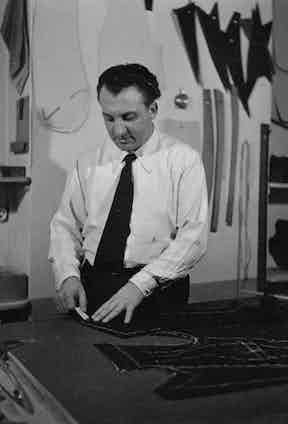 Yet the romantic aura with which remaining a family owned, independent business furnishes Cifonelli would be but an indulgence were it not for a reassuringly intelligent, technically sublime and tirelessly innovative approach to tailoring that cherrypicks choice elements from the world’s three major tailoring hotspots: Italy’s supple, comfortable flair; the structuralism of Savile Row (Giuseppe’s son Arturo learned his trade in London); and flashes of subtle detailing evocative of French couture.

Indeed, for the prominent menswear commentator Simon Crompton, of Permanent Style fame, the cousins’ genius comes down to a single syllable: craft. “At every stage of the making of a suit, they put in the most work and produce the finest results that are physically possible,” he says. “They’re best known for visible details, like the Milanese buttonhole, but equally remarkable is the work hidden inside the suit — the way they attach all the linings by hand and then fold the material over to top-stitch it by hand as well. The first stage of work is completely hidden, but once you know it’s there, you’ll never forget it.” 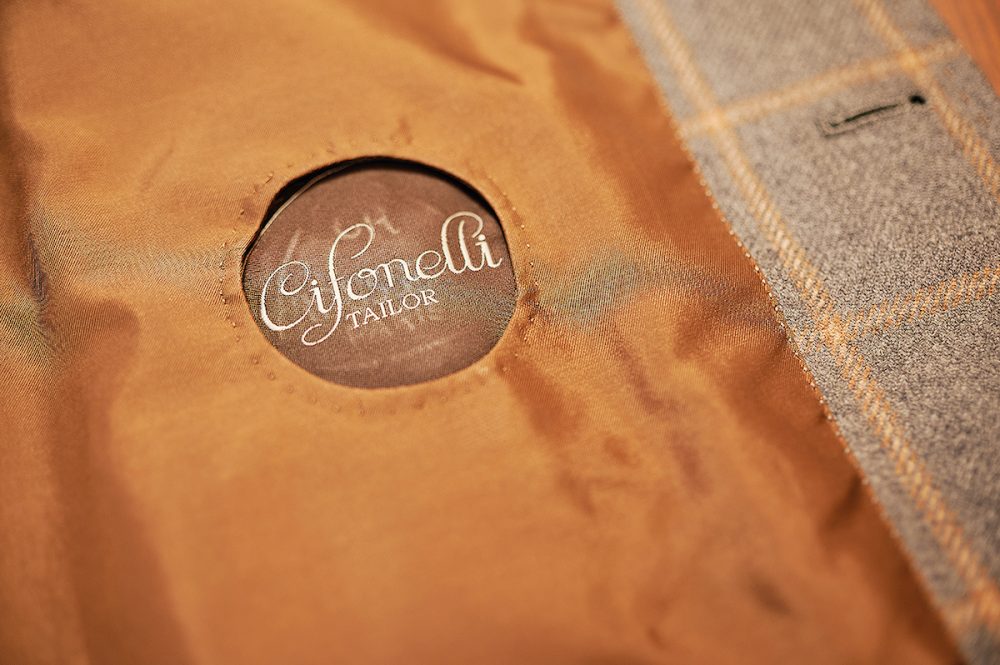 The label that is coveted all over the world.

Another clandestine house masterstroke is a cunning principle whereby, as Massimo has put it to The Rake in the past, “the chest, the front of the coat, the back, and the shoulder are anchored by the collar and back-neck of the jacket”.

Thanks to tireless research by the aforementioned Arturo, the current proprietors’ grandfather, a Cifonelli coat offers an exceptional function-and-form interplay whereby a clean chest, a close fit and a double-take-triggering silhouette are requisite but, in part thanks to the high armhole, without any feeling of constriction or, indeed, any compromise at all to the kind of freedom of movement normally associated with the soft-drape style pioneered by Anderson & Sheppard luminary Frederick Scholte. The house’s yen for finer detail, meanwhile, is typified by the signature cigarette shoulder — a sleevehead technique involving the coaxing of hand-wadding into an elegant dome shape, and a house hallmark that famously prompted Karl Lagerfeld to assert that he could “recognise a Cifonelli shoulder from a distance of 100 metres”.

As well as such technical wizardry that unfolds in the house’s Parisian workshop, the superlative sartorial visions of which Lorenzo and Massimo are capable should not be overlooked, as Kit Blake founder Christopher Modoo points out. “The name Cifonelli has always been well respected in the tailoring world for their fastidious approach to quality, but it wasn’t until the early days of The Rake magazine that I was exposed to their superb taste and innovative approach to design,” he says. “Their tailoring leapt from the pages thanks to the superb cuts with occasional idiosyncratic touches, made from the most wonderful cloths. Their low-buttoning double-breasted with a dramatic peak lapel is the model every other low-buttoning double-breasted coat is compared to. I’m sure they will thrive for another 140 years, as they understand how structure can be accommodated into the contemporary wardrobe, and are the masters of the ‘New Formal’.”

As for the duo at the helm of this haute tailoring powerhouse, Massimo believes that the house’s longevity stems from measured, subtle reinvention. “The tailoring universe has really changed,” he says, “and so artisans like us have to bring about a new vision for traditional forms. We are, of course, focused on our roots, but we never stay static — the Cifonelli style is always evolving, even if we do keep our iconic shoulder and house cut. Many tailors are proud that today they make the same suits as they did 50 years ago — we don’t make today the same suits as we did yesterday.” 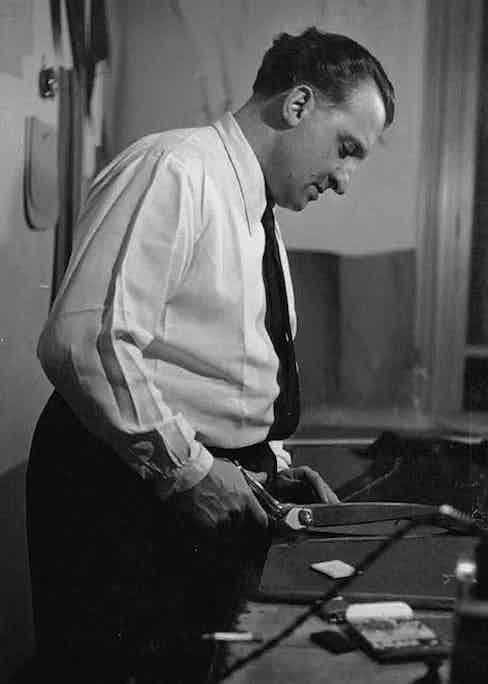 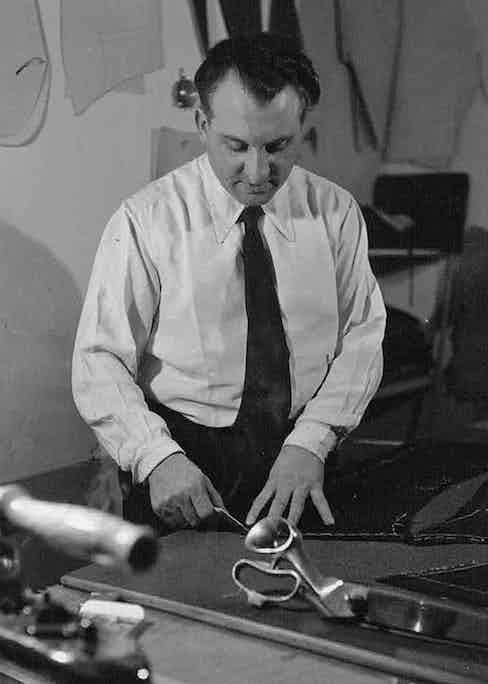 The Cifonelli establishment has a broad repertoire that has given us offerings as diverse as pleated hunting jackets (the Canadienne), suede-trimmed dress coats with patch pockets (the Vintage), beautiful jackets in beige linen with contrast pockets (the Lorenzo), as well as travel jackets made from Tibetan yak wool and the wealth of offerings available at The Rake’s website (Teba jackets and stunning double-breasted coats in linen, elegant single-breasted offerings in bold windowpanes, and much more).

Lorenzo attributes the house’s longevity to his grandfather. “Arturo initiated a global development,” he says. “He was a modern explorer of his time, and that’s what we try to remember every day. We both knew that we would like to become tailors since the first time we saw our grandfather working in the workshop. He was always a model of success for us.

“To think about the future we first need to understand how people live, and promote the idea of ‘contemporary couture’,” he continues. “We’re always thinking of new ways of reinventing tailoring, coming up with new prototypes with innovative cut and fabrics, such as the Qilian jacket in yak wool or the Sinclair jacket in Japanese jersey. Our style is always evolving and depends on our current world. That’s why it is a matter of pride for us to ensure the Cifonelli name continues through the decades.” 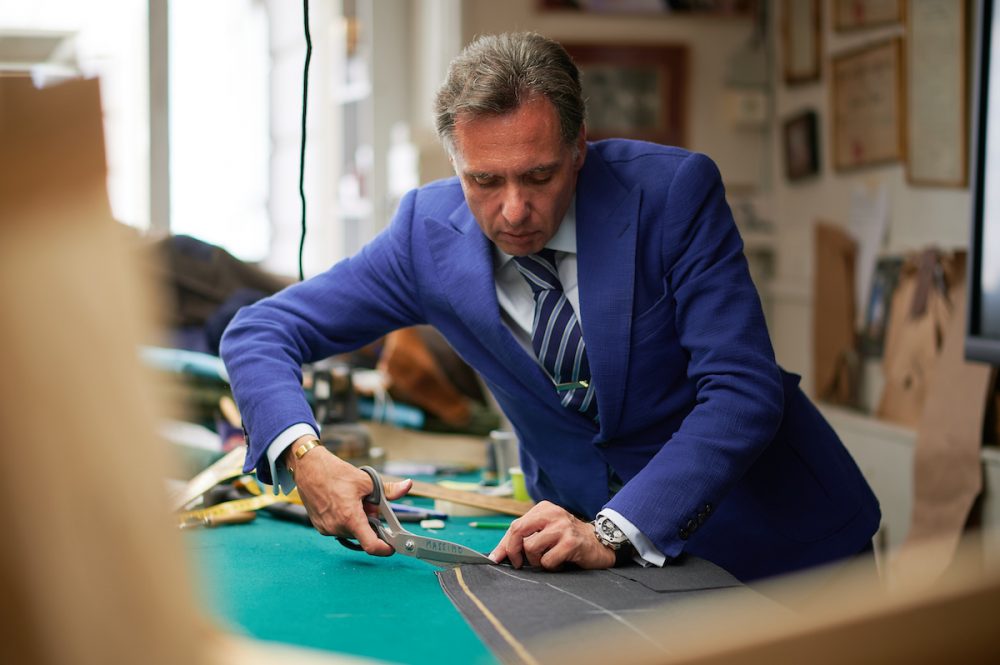 Massimo begins to cut a garment.

You can also read the story in Issue 72 of The Rake - on newsstands now.