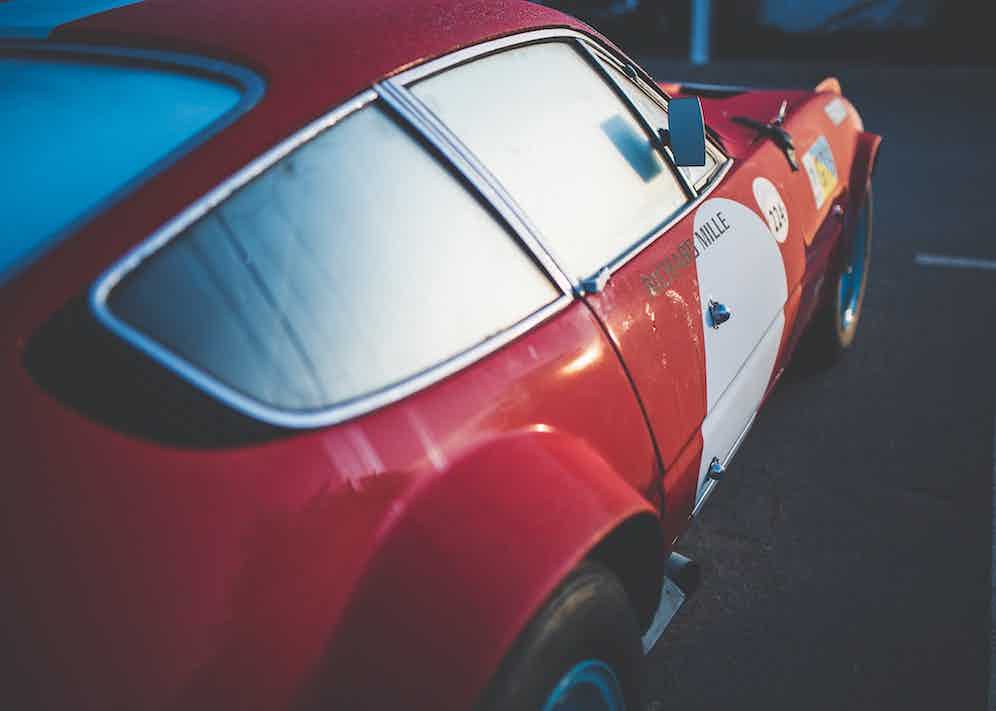 Time is the master fact. As soon as the engines are switched off after we arrive at La Finca de los Alburejos — underneath the protective shade of the old palm trees — everyone understands how important the notion is. Established by the renowned Domecq family, and led now by Álvaro Domecq Jr., a powerful politician, businessman and winemaker, the Alburejos estate has for decades been dedicated to the art of bull breeding. While many people focus on the last 15 minutes of a fighting bull’s life, Álvaro Domecq prefers to explain the very long and careful selection process that goes into their breeding, which is guided by tradition and the love of animals. It can sometimes take six to eight years to perfect the training of a bull.

After a magnificent private equestrian show and a breathtaking tienda demonstration — an exercise of bravery, facing a courageous and combative heifer — having lunch in the private garden of the Domecq family is quite an immersion in Andalusian culture. Only a few of the thousands of tourists who visit the south of Spain every year can pretend to have had such an immersion in the local history and traditions. As a long-time collector of sports cars — and not solely as a successful watch designer — Richard Mille values the moment. He has just emerged from behind the steering wheel of his 1964 Ferrari 250 GT Berlinetta Lusso. He takes a minute to look at the gorgeous shape of the car, which was created by the Turin coachbuilder Pininfarina. With its hazelnut brown dress, one is reminded of Steve McQueen’s beloved version, and it is a fantastic machine to drive on the sinuous but empty roads of Andalusia. 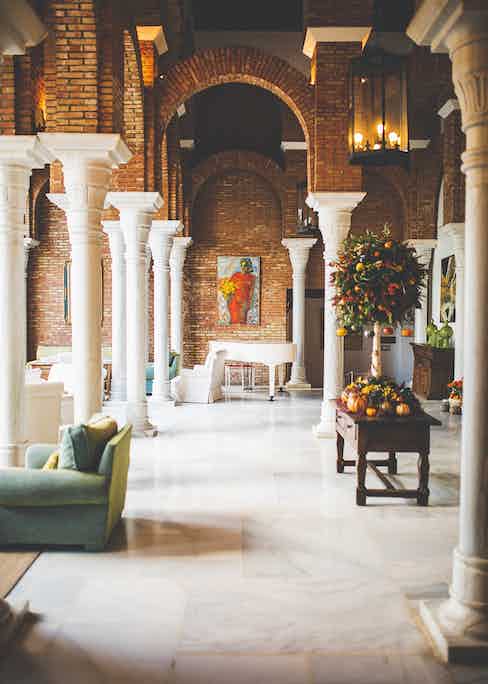 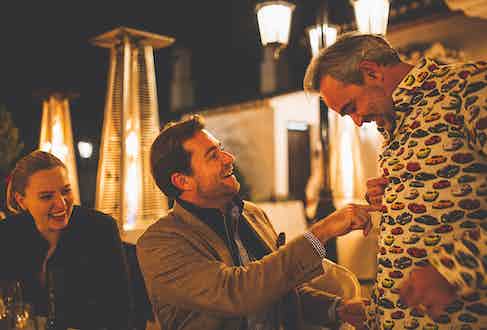 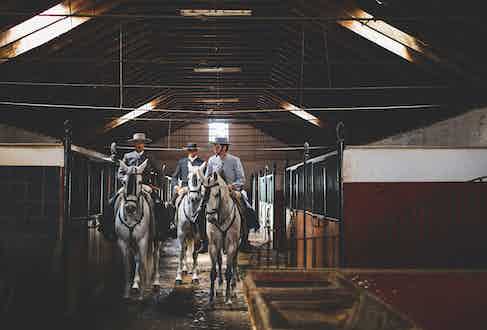 During this special week, speed is not the question: most of the cars involved are true racing machines or sports models. How powerful is the V12 engine? Enough, as every gentleman-driver should say. The real question to ask the 25 teams is how often do they get to drive their cars? Answer: Not enough!

Most of the time, a classic car rally bears almost no relation to our modern, highly regulated way of living. And the Rallye des Légendes Richard Mille is even more special, because the aim is to offer an unforgettable tour of Andalusia to active people who have almost everything but time. The programme is a subtle cocktail of roads, culture, gastronomy and fun. We pass through some of the most beautiful places and scenery in Andalusia, including the Road of the White Villages and the famous el Caminito Del Rey (the dangerous ‘Little King’s path’), with the King Alphonso XIII bridge that was used to inaugurate an impressive dam in 1921. We enjoyed visiting Ronda’s ancient arenas, which captivated Hemingway, and the old fortress of Antequera. We also appreciated the long roads surrounded by olive groves, a unique landscape in which the most perfect olive oil is produced. 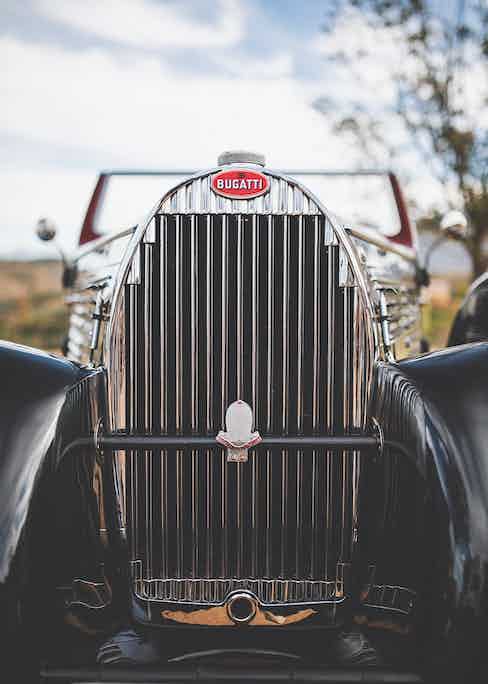 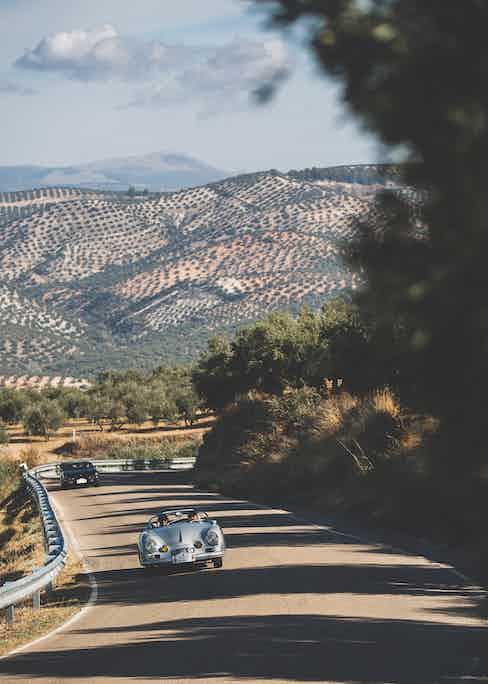 A fine tasting session with the famous starred chef Maria José San Román was organised for us during one of the private dinners. And one of the most exotic and surprising places was Setenil de Las Bodegas, a troglodyte village with the main street unfolding beneath overhanging mountain rock. It was quite an interesting challenge for the Bugatti Type 57 Stelvio and our comfortable but large Alvis TD21.

An obligation to cover no more than 450 miles in five days means no stress — a precious gift to these active people who, in their public life, are influential and busy. The rally’s organising team of Peter Auto, headed by Patrick Peter, recommended not to overuse social media, in order to keep the event as private as possible. It gave the meeting a different feel to the other great events Peter is used to organising, such as Tour Auto, Le Mans Classic, the Classic Endurance Racing challenge, and the prestigious Concours d’Elegance Chantilly Arts and Elegance at Chantilly castle, near Paris.

Details matter here. Indeed, true petrolheads would recognise what makes this classic rally so special. The Porsche 356 is not just a Speedster but a rare 1959 GT version. The letter R on the tail of the white Porsche 911 stands in German for Rennen (Race), so it is one of the most desirable executions of the famous 911, the racing version with the Carrera 6 Flat-6 engine from the Porsche 906. The 1953 Aston Martin DB 2-4 is one of only three cars produced in the Competition Spyder line by the Italian coachbuilder Bertone, and the amazing 1955 Aston Martin DB3S was driven by his owner in many major classic car events, such as the Mille Miglia or the races at Goodwood Revival. 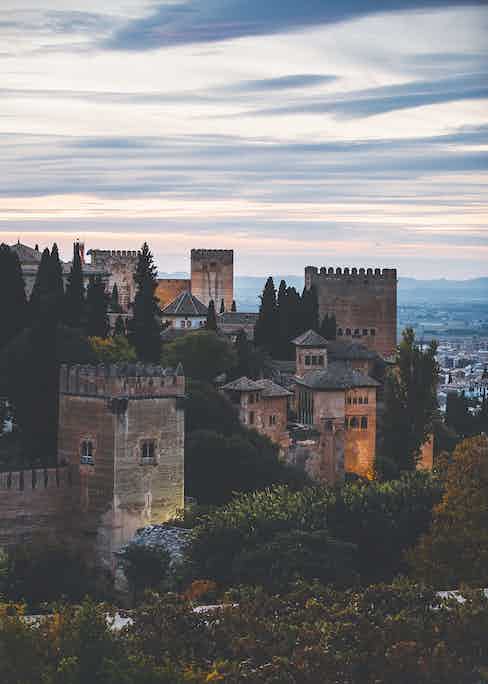 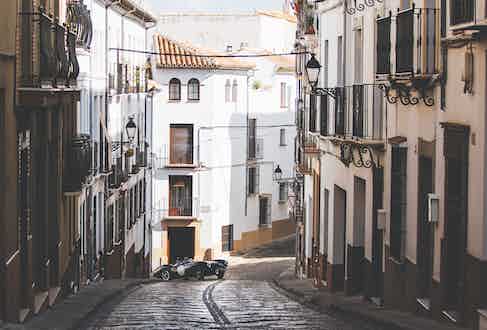 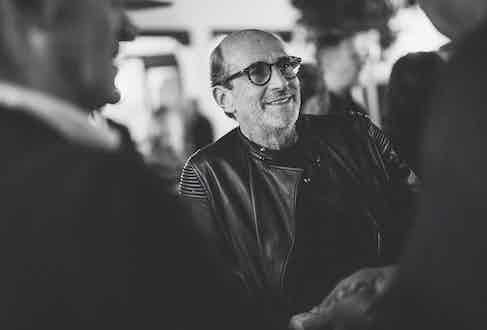 To experience them in different ways, the programme also included a stop at the Ascari car circuit. The circuit was inspired by the greatest corners of Silverstone, Nürburgring, Brands Hatch, Le Mans, Daytona and Spa, and the man behind it is Dutch engineer-inventor and tycoon Klaas Zwart, the amateur F1 racing driver and creator of Ascari cars. The circuit was the proper arena for the wild animals of the Rallye des Légendes and a great opportunity to look at the awkwardness of the Shelby Cobra 289 racing against a Ford GT40 and some of Maranello’s beauties, such as a competition version of the 275 GTB or the 250 GT Berlinetta, also known as Short Wheel Base by the Ferrari enthusiasts in the streets.

But, finally, one of the most exceptional moments we enjoyed was the private visit to the Alhambra at sunset. After the noise of the racing engines, it was a privilege to hear the fountains of the gardens — the kind of luxury only time can offer.