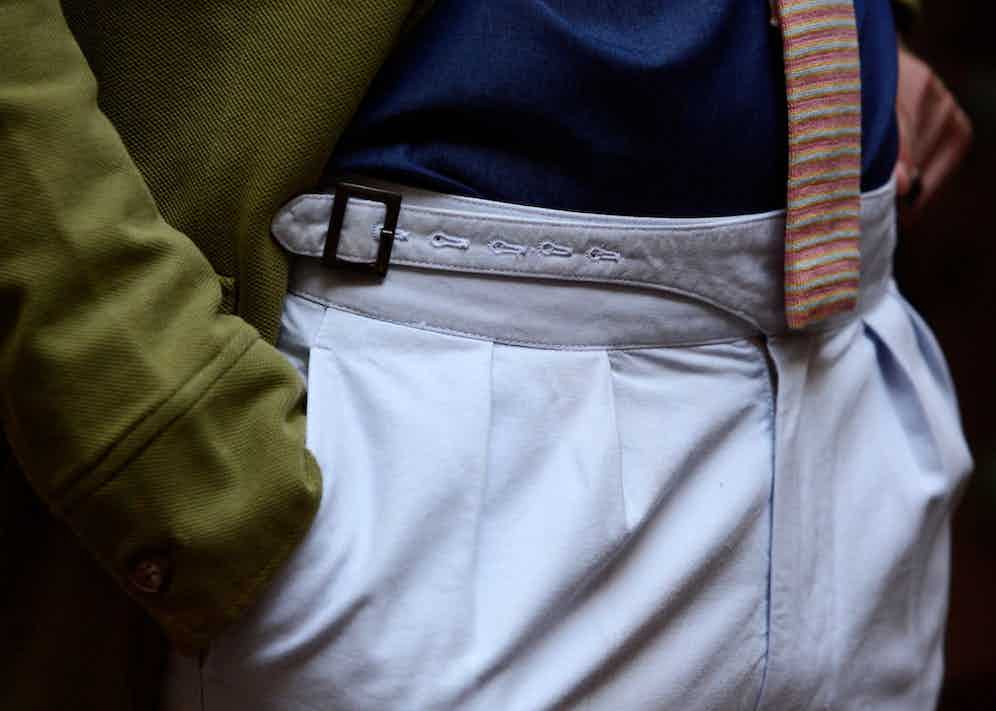 Many a stalwart piece of clothing has been forged in the crucible of battle, but few possess such a fearsome reputation as the Gurkha trouser. Technical, sartorial and practical, it’s a style that’s been long-overdue for a renaissance, and with silhouettes becoming more relaxed and tailoring more focussed on utility, it seems the Gurkha’s time has come once again.

The Gurkha trouser takes its name from Nepal’s elite soldiers of the same name, and the Gurkhas themselves in turn derive their name from the Nepalese Kingdom of Gorkha. It was at the Gorkha military fort of Nalapani that the British military, in the form of the East India Company, came into conflict with the Gurkhas in around 1814, and their bravery and ferocity came as something of a shock. Armed with intricate knowledge of the terrain, superior stamina borne out of living most of their lives at high altitude, and complete fearlessness, the Gurkhas held out at Nalapani against a British force around six times their size until they had exhausted all food, water and ammunition. Even then they chose not surrender, instead fighting their way out of the surrounded fort and escaping into the hills. 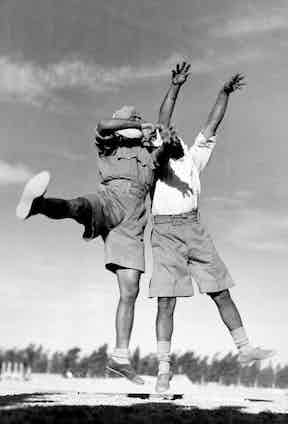 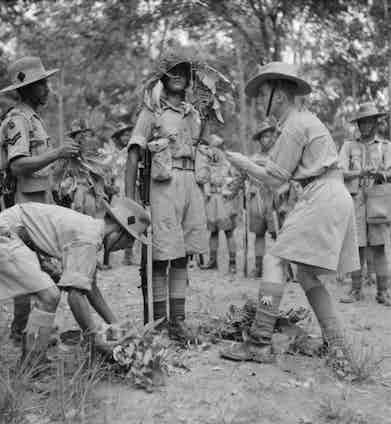 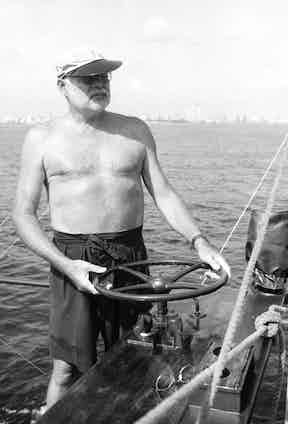 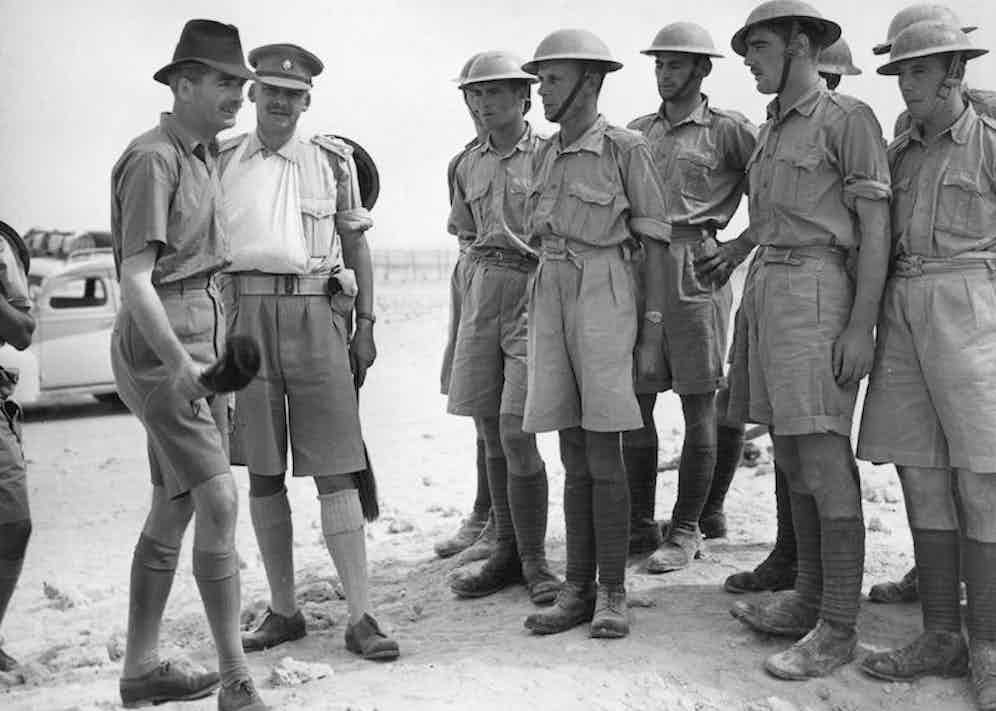 The British eventually overwhelmed the Gurkhas through sheer numbers, and the Nepalese were forced to settle for peace with them at the end of the Anglo-Nepalese war. However, the British were so awed by the combat prowess of the Gurkhas that they created the highly unusual Treaty of Sugauli, which allows the British Army to recruit Gurkhas into their military to this day. The modern Gurkha recruitment programme is known for being one of the world’s most brutal, famously including a 5km uphill run which has to be completed with 25kg of sandbags strapped to the recruit’s head.

The Gurkha trouser was borne out of this alliance as well - rooted in British military tradition but modified specifically for use by the Nepalese. The pant is defined by its double-pleated front and high, cummerbund-style waistband with buckle fastenings. As is often the case with clothing derived from militaria, the specifics can vary. Traditional Gurkha pants feature a very distinct buckling system, with a buckle emanating from within the waistband on the left hip and an extension above the fly piece forming the buckle’s tongue for the right hip, although modern interpretations sometimes simplify this design, to their detriment. It’s not unheard of for Gurkha style trousers to have a double-buckle on each hip either, though woe betide you if you have to remove them with any semblance of haste.

It would be remiss to discuss the Gurkha trouser without mentioning its brother the Gurkha short. Essentially the same design but - obviously - cut as a short, it’s as easy-wearing as its longer counterpart, and the buckle construction makes it a surprisingly unfussy choice for summer dressing; no belt required. 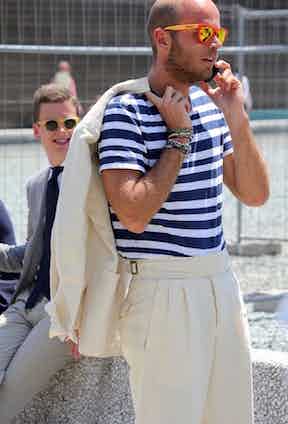 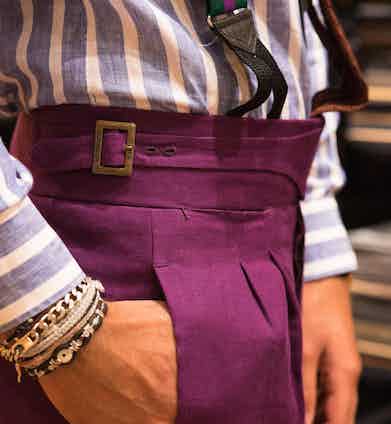 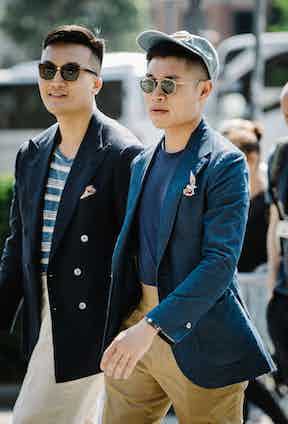 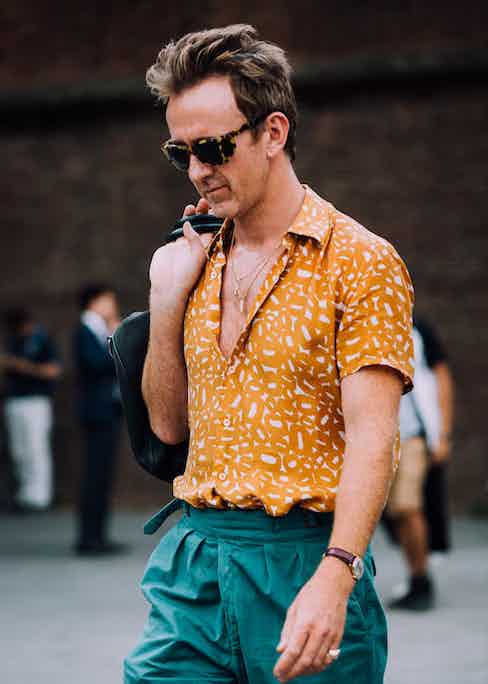 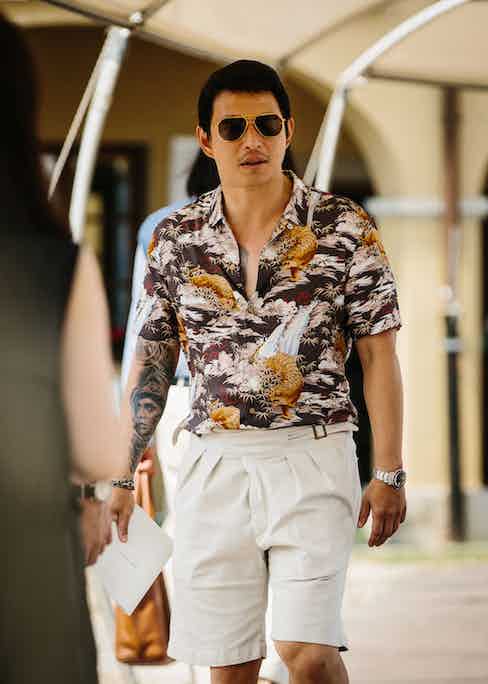 So why now for the Gurkha? Well there are a number of good reasons, but the main one is that it’s a bloody good trouser, and one that’s been underappreciated of late. It’s hardy, utilitarian and exceptionally comfortable but its design references fine tailoring throughout (that distinctive waistband has much in common with that of the traditional ‘Oxford bag’) and its construction lends a distinctive, romantic silhouette. It’s also visually striking - the Gurkha doesn’t look like any other design - which makes the ease with which it complements so many other garments all the more surprising. This is a trouser that one could comfortably wear on the plane, out on the weekend or dressed as part of a smart evening or cocktail ensemble. It pairs elegantly with a tailored blazer, and yet would feel just as at home with a shooting jacket, a boatbuilder’s sweater, or even a T-shirt.

It’s the design’s inherent humility - a trait famously shared with the Gurkhas themselves - that imparts upon it this sense of versatility. The Gurkha pant was designed to be practical - it simply happened to be damnably stylish along the way, and regardless of how it’s worn it will always retain a touch of its namesake’s dauntless and adventurous spirit. 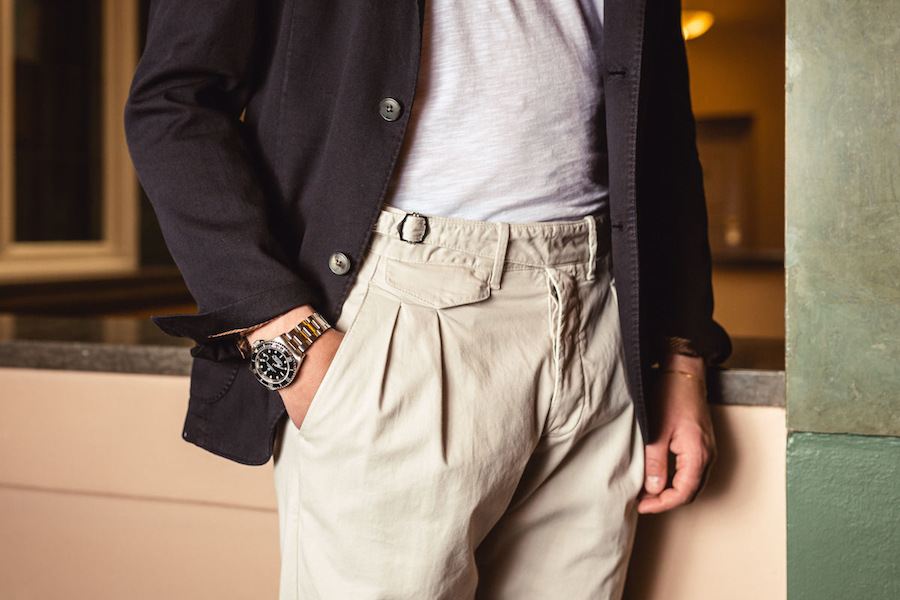