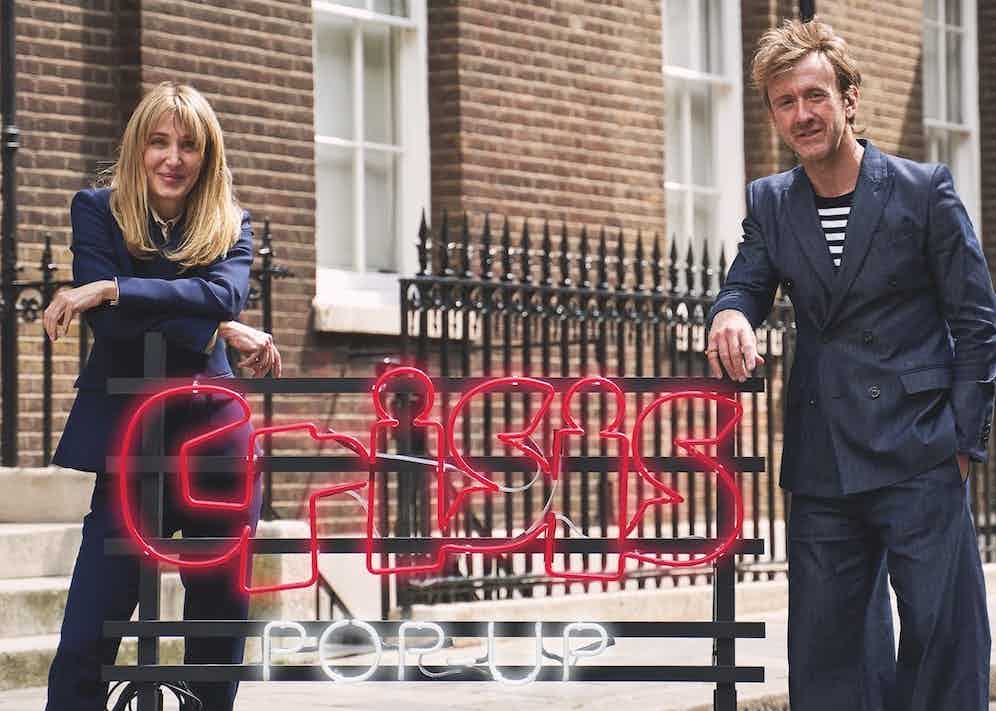 There is a crisis on Savile Row. How do we know? Well, a big neon sign emblazoned with that very word is currently stopping traffic as it’s gingerly manoeuvred across that august thoroughfare. And it is a welcome crisis, for it heralds the return of the world’s most stylishly stocked pre-Christmas pop-up store, in aid of the eponymous homeless charity.

Those doing the manoeuvring are the brains behind the enterprise: stylist and writer (and Rake contributor) Tom Stubbs, rocking his loose, louche, Antony Price-meets-Lofty-from-It-Ain’t-Half-Hot-Mum look, and the always impeccably tailored Anda Rowland, of Anderson & Sheppard. This is the second year they’ve overseen the venture, which they’re calling ‘A Call to Garms’. Last year, the garms in question included samples, excess stock, display pieces and bespoke one-offs from Savile Row stalwarts including Anderson & Sheppard, Gieves & Hawkes, Chittleborough & Morgan and Richard James, alongside T-shirts and knitwear from Sunspel, Smedley and Trunk, and bags, shoes and accessories from Vivienne Westwood, Globe Trotter and Jimmy Choo. What turned out to be the classiest rummage sale ever raised more than £70,000 for Crisis over its nine-day lifespan.

“There was no planning and no prep,” says Stubbs, settling himself on a sofa in the Anderson & Sheppard Haberdashery, while trying to divert his attention from Loose Women, which is playing on the T.V. monitor behind us. “We had just a couple of weeks from conception to opening day.”

“No spreadsheets, no budget, no targets, no clue what would happen,” says Rowland, pulling up a chair. “But we had Tom’s enthusiasm… ”

“… and Anda’s retail nous,” puts in Stubbs. “The Pollen Estate very kindly let us have the premises, and I did a massive open email to all my contacts and friends with every bastard showing — a real stand-up-and-be-counted kind of thing. And then we opened the doors, and all this goodwill rushed in.”

Rowland: “Every day there were new arrivals, like at a fishmonger’s. One-off Vivienne Westwood bags, beautiful Sunspel T-shirts, showroom clear-outs. Grind Coffee set up a stall, we had makeshift fitting rooms hung with shower curtains… ”

Rowland: “We got a lot of people in who work in the area, but aren’t your usual Savile Row constituency: people who manage the parking, who deal with the traffic, those for whom these establishments are normally off-limits. They were buying Christmas presents, and they were like, ‘Finally I can afford some of this stuff’.”

Stubbs: “Because, bottom line, we had top markdowns.” 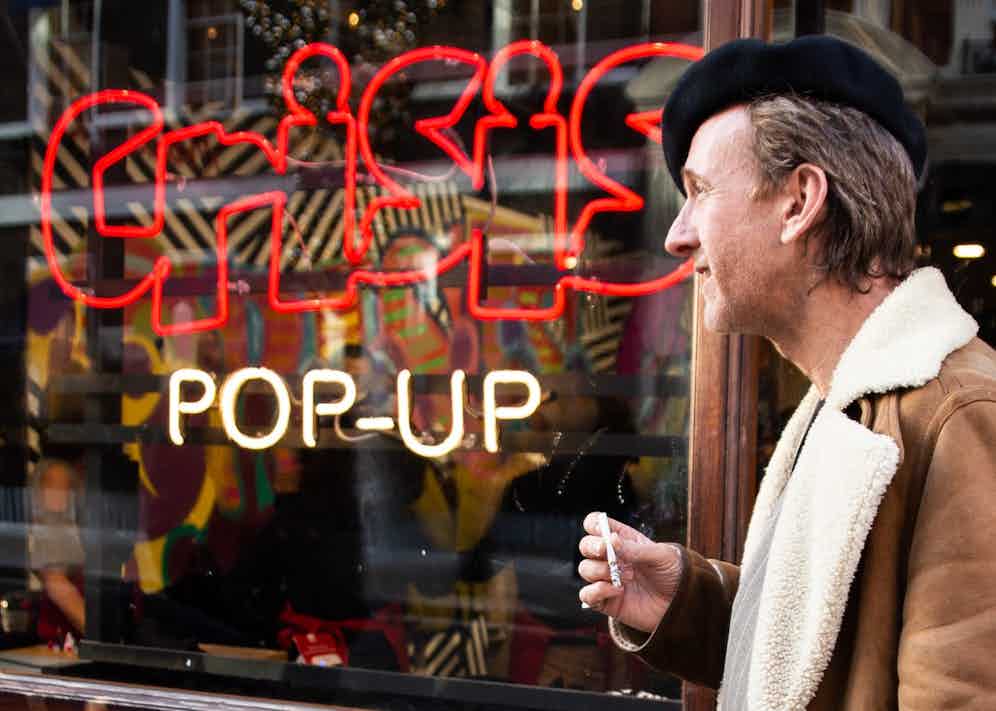 Some might see a disjunct in some of the most rarefied purveyors of men’s clothing teaming up to help the homeless; for Stubbs, a regular volunteer at Crisis, the incongruity was part of the inspiration. “Wherever you walk in London, there’s people on the floor, in trouble,” he says. “And we’ve got very comfortable lives, particularly when we’re nutting round Mayfair in our Savile Row suits, wielding our Fendi baguettes — but we’re walking past people on their asses, in bits. And one of the most important things that Crisis brings is their care over Christmas: the meals, the doctors visits, a change of clothing, a bath on Christmas Day. But most importantly, just speaking properly to these people, and engaging with them, restoring a little bit of their humanity, you know? So, yeah, handing them a bespoke suit would be useless, but we can sell them, raise the money, pass it on, and see that people are helped a little more and ignored a little less.”

Rowland: “Everyone has uncollected suits on the Row, for whatever reason — the customer disappears into the ether, or changes size, whatever. Normally they would sit there gathering dust, or we’d take the labels out and send them to charity shops, but this is a better, more cost-efficient way of helping the people we want to reach.”

It also generates a bit of pre-Christmas buzz on the Row. Last year’s events programme included Dermot O’Leary hosting a QVC-style shopping evening, a transgender styling day with Fat Tony DJ-ing, and a closing night party featuring a performance from David Gray. “It actually got to be quite a cool place to hang out,” says Stubbs. “And Pollen loved it because we brought a bit of diversity and edginess to East Mayfair, or EMay, as they want to brand it.”

So how do they top that this year? “Oh, I’m not thinking bigger,” says Stubbs. “A straight re-run would work for me.”

Rowland: “If we focus a little more on organisation, I think we can’t lose.”

Stubbs: “I want it to be an annual thing. I mean, we’re so spoilt in this industry, and I like it, but this is the least you can do, to take the edge off it — for me, at least.”

Rowland: “I’ve been looking forward to its return all year.”

Stubbs: “So come on down and scoop a coup.”

Rowland: “And have some fun.” 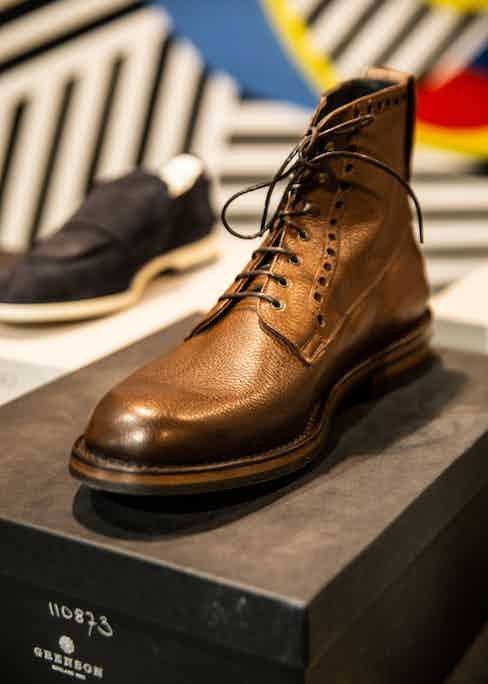 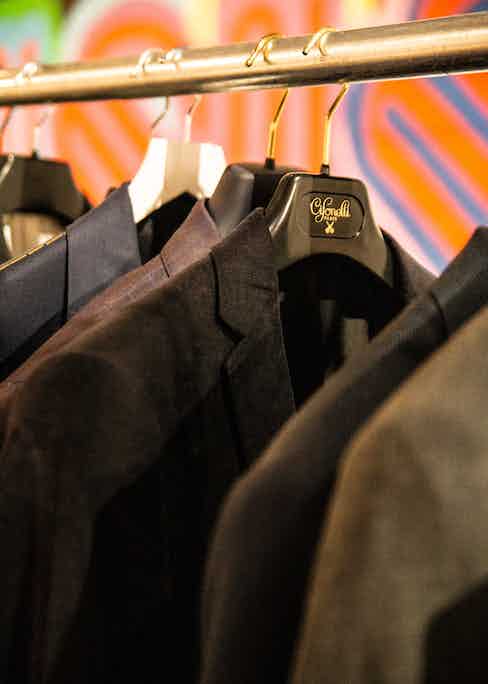 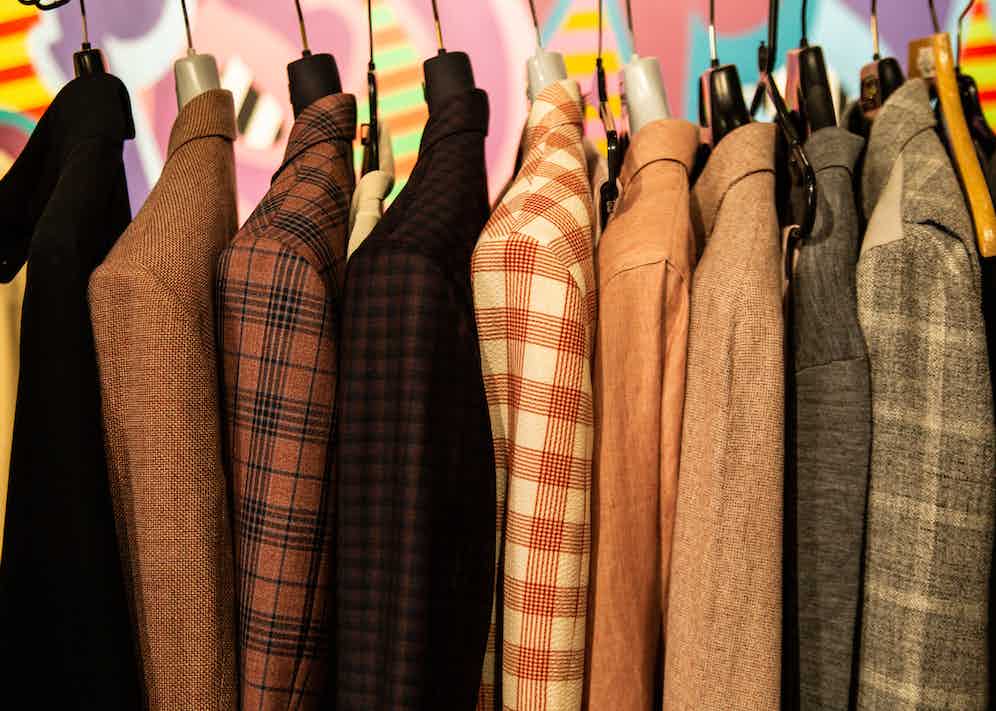