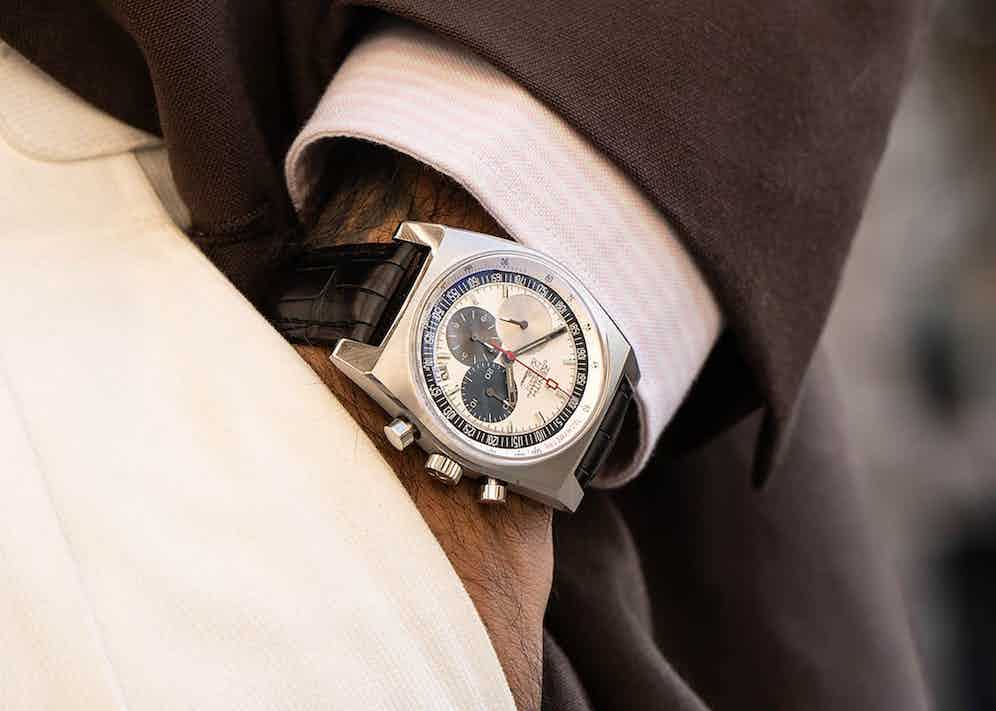 Zenith’s El Primero movement is an icon in itself and has been in production for more than 50 years. Launched in 1969, it is the result of seven years of hard work from the Zenith watchmakers who set out to create the first fully integrated automatic chronograph movement. The more convenient option would have been to simply add a module to a base movement, but Zenith’s plan was far more ambitious and contained additional requirements, making the project even more challenging. The main requirement, of course, being the high-beating frequency of the calibre, allowing the chronograph function to measure time accurately to 1/10th of a second. 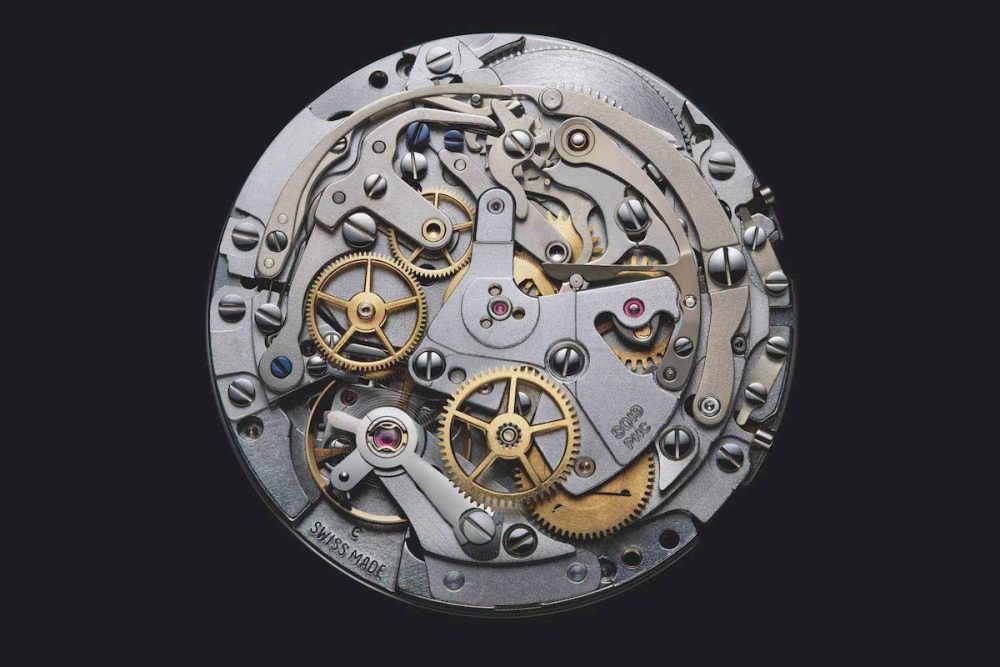 When Zenith announced the El Primero in 1969, it was the world's first fully integrated self-winding chronograph movement. 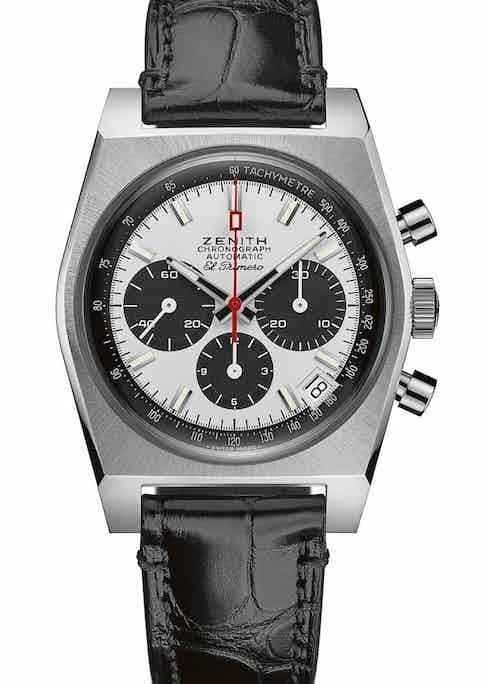 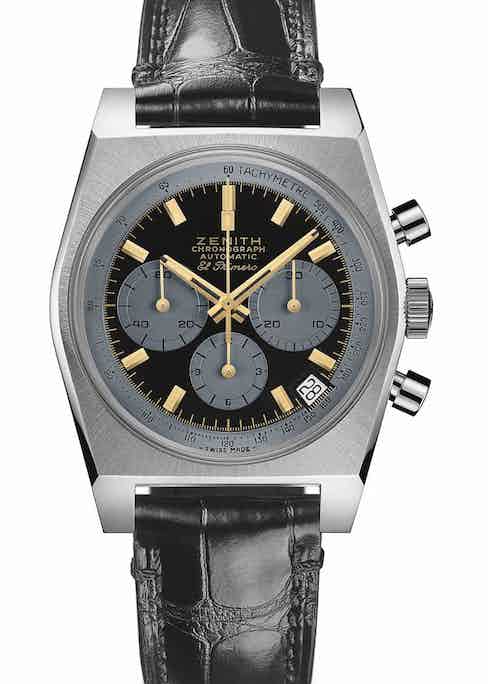 It is always good to remember that the El Primero movement almost disappeared at the end of the 1970s when management at Zenith Radio Corporation, the American parent company of the brand at the time, lost faith in mechanical watches and decided to limit its production to quartz timepieces only. This led to the order to destroy or sell the presses and tools associated with building mechanical movements.

One watchmaker, Charles Vermot, a specialist in chronograph movement construction who had followed the construction of the El Primero calibre since its first sketches, rebelled against his management’s orders and took it upon himself to secretly stash the tools, machinery, blueprints and components inside the manufacture’s attic where they sat hidden away until the Zenith watch company changed ownership and decided to embark on a journey to relaunch the production of the famous El Primero movement.

The world’s first automatic winding chronograph movement, the 1969 El Primero was, in fact, loaded into an A384 ahead of the A386. Post its revival in 2019, the A384 has seen some of the most moving vintage spec-ed re-editions in recent memory. Not to toot our own horns, but the lore of the A384 is what led us to develop the Zenith x Revolution Chronomaster Revival ref. A3818 “Cover Girl” in February of 2020.

The hallowed A384 was the watch that started it all back in 1969, this was followed by a salvo of contemporary watchmaking’s most enthralling special editions, including a timepiece dubbed “The Edge of Space” made in collaboration with George Bamford and Mr. Porter, a limited series of Ref. A386 watches in precious metals, as well as an amazing pièce unique Ref. A386 in platinum with a lapis lazuli dial created in collaboration with Bacs & Russo, which raised CHF200,000 for charity.

Today, the Chronomaster Revival “Shadow” carries on the memory of this prototype in the form of a modern, dark, almost brutal A384 with a micro blasted titanium cased watch in the form of the Chrono Revival “Shadow” introduced in 2020. The case might remind you of the earlier El Primero Revival A384 Edge of Space Limited Edition. But in the instance of the Shadow, the color on the case is a fair bit darker. 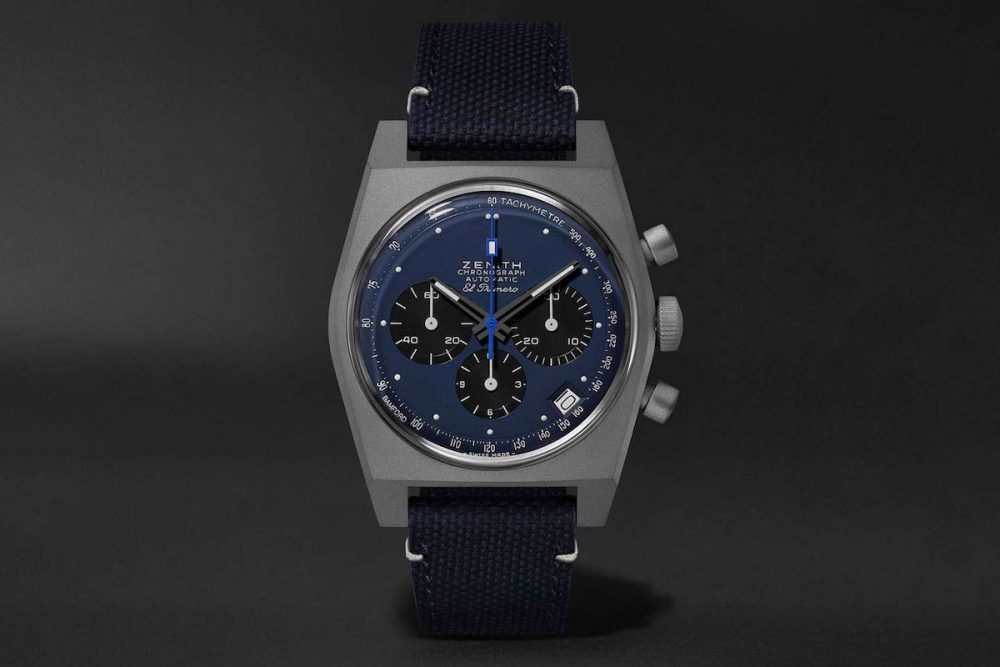 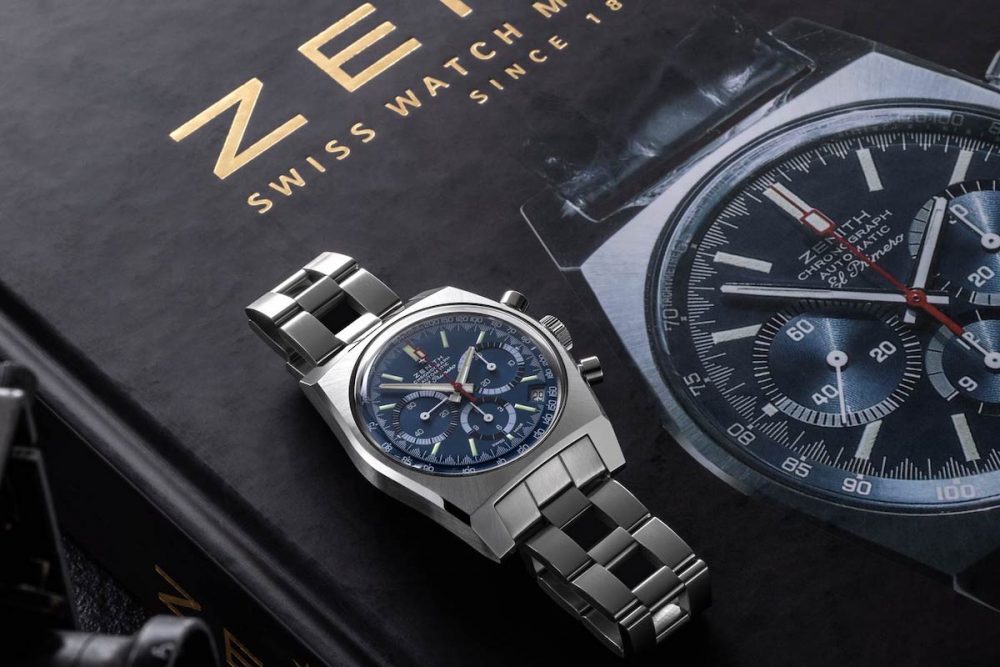 This week, we are celebrating another dynamic piece from the El Primero family. In 2009, Zenith celebrated 40 years of the El Primero with the launch of a special series called the New Vintage 1969 Originals, which echoed the period design with the overlapping sub-dials in three colours. We have an example of this watch in our shop. Featuring a 40mm stainless steel case and a silver dial, the watch comes on a black alligator strap with a stainless steel deployant buckle. It is offered with its original box and a two-year warranty from Watchfinder. 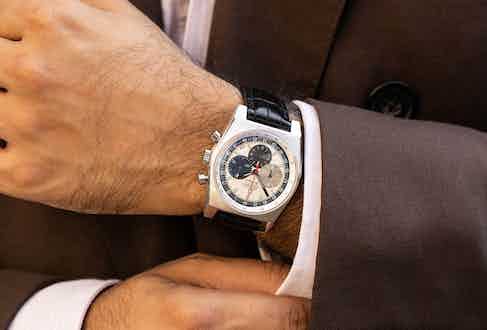 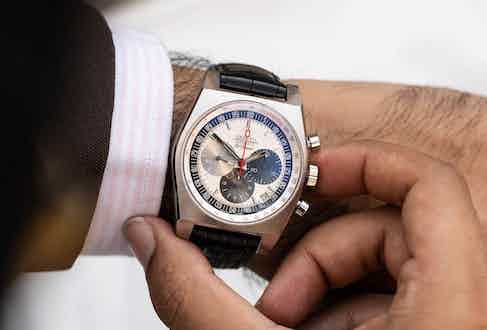