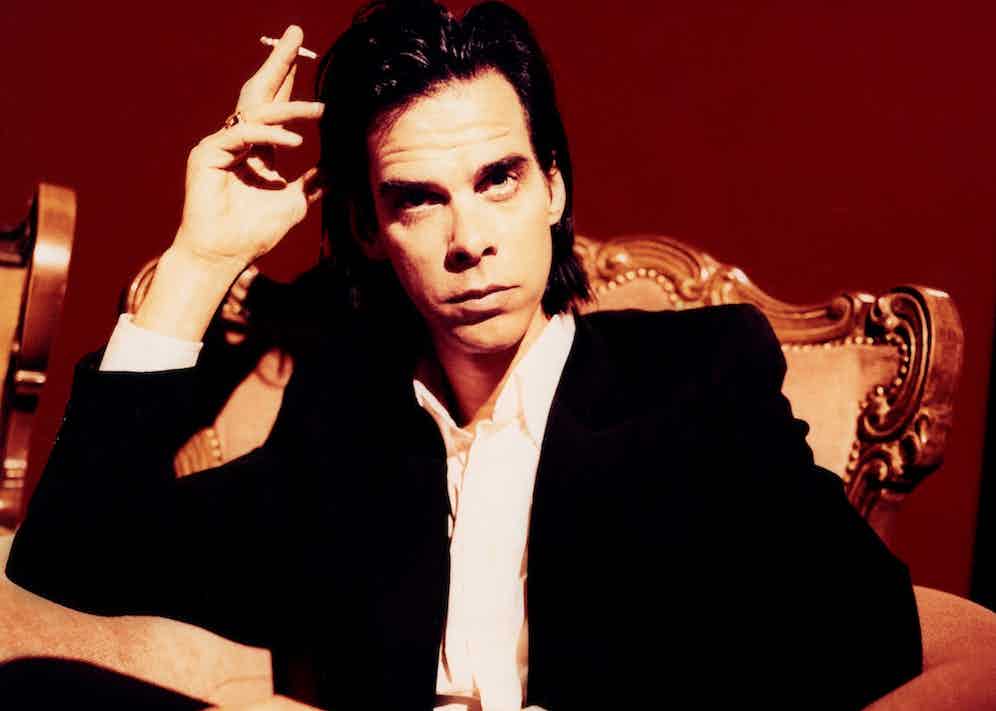 In fact, successfully carrying off black — particularly, what the bard called ‘all black everything’ — isn’t as easy as one might assume. First of all, thinking black garments unfailingly match one another is a grave error in judgment. True black is an absence of colour and light, but the blacks that textile-makers produce invariably integrate inky shades of blue, brown, green, purple and so on. In the light of day or under harsh artificial illumination, your black jeans, tee, leather jacket and shoes will very likely all have slightly different hues.

Speaking of light’s effect on black, it has long been taken as gospel among menswear aficionados that midnight blue is the superior choice for tuxedos, the belief being that black can take on a brown cast in the brilliance of a ballroom. But conditions have changed, says Mark Cho of The Armoury. “For tuxedos, I prefer black to midnight blue. Indoor lighting used to be yellower, back when people were mainly using tungsten bulbs, and midnight navy made sense in those situations,” Cho points out. “But a lot more people are using LED lighting now, and I find black looks better instead.” 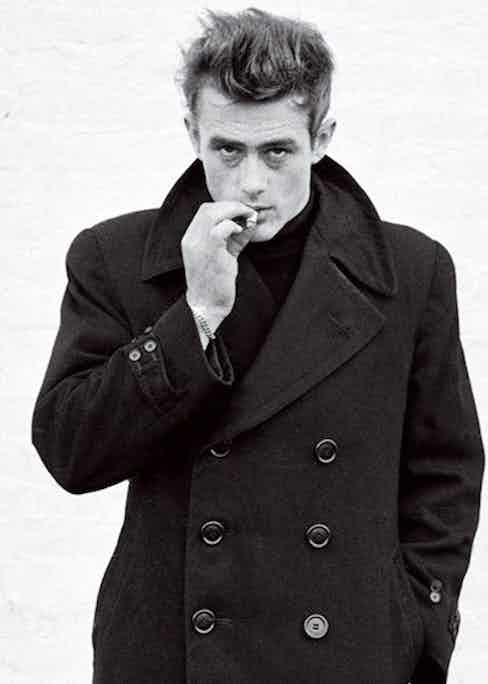 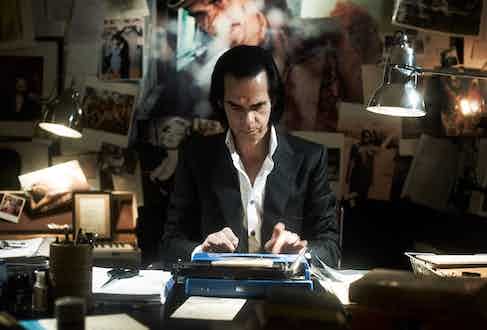 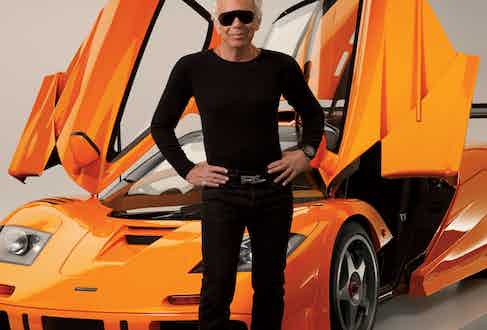 Aside from formalwear and the occasional coat, Cho says he has “a really hard time” with black — “I have yet to figure out how to use it.” His Armoury co-founder Alan See agrees that it’s a complicated tone for tailoring. In cloth, “Black tends to really take away from a lot of texture, things like black flannel, for example, or black linen — unless it’s really worn in — loses a bit of its charm.” He says black apparel is best when made from material “on the far end of the texture spectrum. Very rich and textured fabrics like corduroy and velvet, of course, look great.”

See is a big fan of the black silk grenadine or knit tie. “Although black, the texture keeps it easy to wear and pair,” he says. “It’s perfect to anchor down an outfit, and especially for us folk with less of a tan, adds some contrast around the neck to make a neutral or pale outfit flatter our face.” He says black Oxfords are another versatile menswear essential. By way of example, See reveals that a pair of these comprised half the footwear he brought to Pitti Uomo this month. (A remarkable display of restraint.) See suggests wearing a shoe of this sort with dark raw denim jeans or grey flannel odd trousers, a navy turtleneck and coat. Keeping the ensemble dark throughout, he says, makes a black shoe less conspicuous.

Eminent New York arbiter elegantiarum Alan Flusser says, “Over the past 10 years, my wardrobe has seen the addition of many black items, from knitted track pants and zipper-front sweater tops to my black velvet Belgians, and a black cashmere sports jacket.” Of the latter, Flusser says, “I would argue that the well accessorised black cashmere sport coat paired with grey flannels or jeans can be a boon to many men’s wardrobes.” He qualifies, however, that as a general guideline, “navy or charcoal grey are much less stark and thus flatter the majority of people’s complexions.” 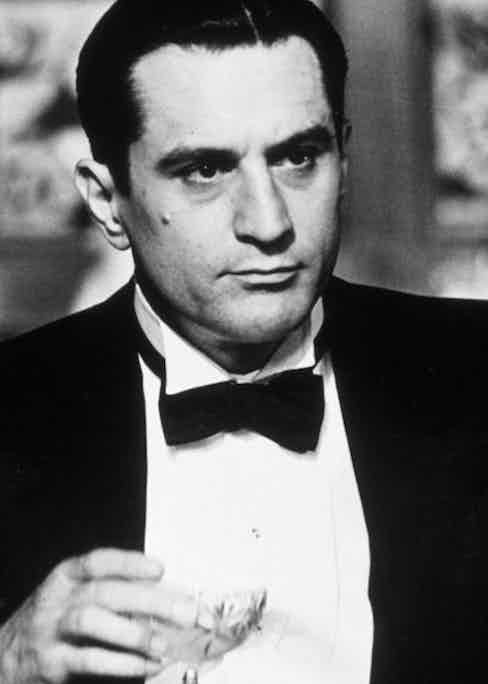 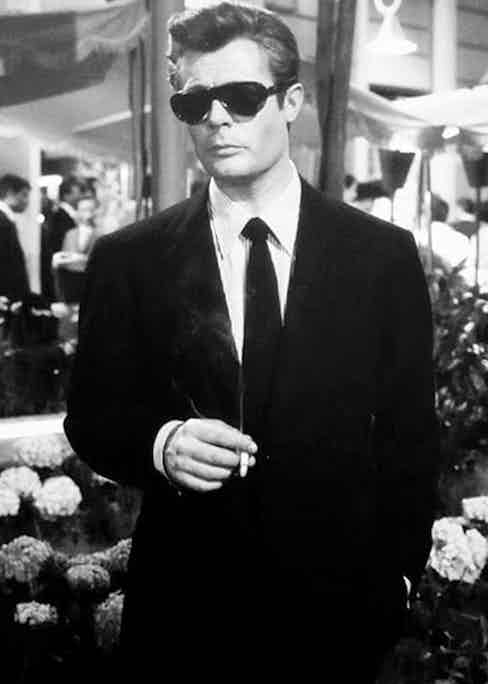 On that note, Flusser warns, “Be careful wearing black, especially near the face. If you have medium brown hair and fair coloured skin, or a more senior complexion of grey hair and light rosy skin, placing black under the chin can not only distract the eye but dilute the skin’s natural pigmentation.” Conversely, he advises, “If you have a high-contrast complexion, meaning your hair colour is dark against a white visage, black can help frame the face within a dark border while invigorating the skin tones.” It sure works for Nick Cave and Robert Smith.

Musicians back in the day — namely, beatnik jazzmen of the mid-20th century — were responsible for black apparel first assuming an air of insouciant cool, Flusser says. “Over the past fifty years, swathing oneself in head-to-toe black has largely come to be identified with someone wanting to project a hip, modern, downtown kind of personal style,” he avers.

More traditional style mavens have generally eschewed the hue. “I’ve yet to come upon Fred Astaire, the Duke of Windsor, Gianni Agnelli or Cary Grant sporting black, other than for formalwear,” Flusser says. “The Ivy League, vintage Brooks Brothers, classic Ralph Lauren set have tended to stay away from wearing black, substituting the more upscale and collegiate color of charcoal gray.” Mr. Lauren himself, however, is rather fond of an all-black outfit, finding it the perfect pairing for a rosso corsa Ferrari, ebony Bugatti or citrus McLaren. 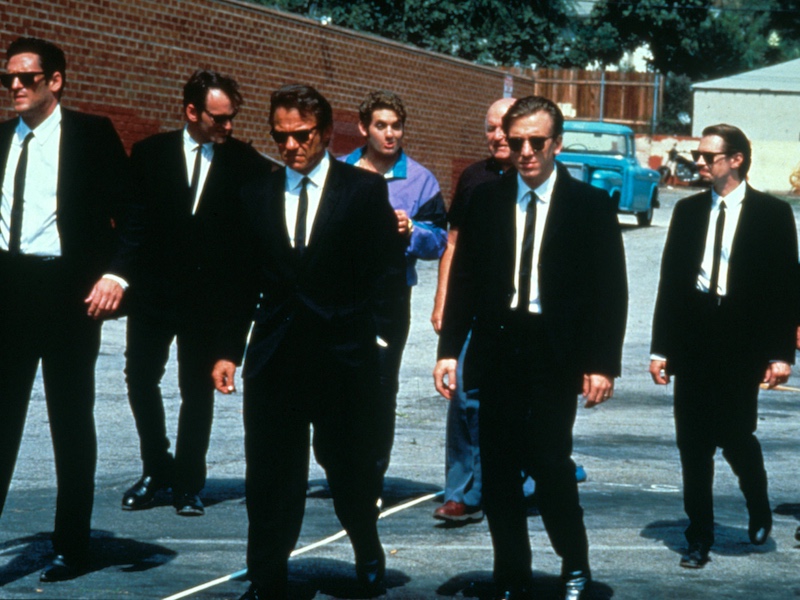 Barbanera designer Sergio Guardì shares Lauren’s predilection for black apparel. “I love black and I like to wear it because, to me, black is pure — exactly like white, but more discrete. It is very elegant, clean, but you have to be comfortable in it, you have to be confident,” the sharp-dressed Sicilian says. “But black is tricky and there are those who hate it. I know very elegant and stylish men who would never wear black normally, only when it is required, for instance in black-tie. My brother is one of them. I understand why some people think this way, I really get their point. They dislike black and maybe associate it with negative feelings they don’t want to represent.”

To Guardì, black is more than simply a colour. “It’s a way of expression,” he says. “Before wearing black, you must feel it. Which is not to say, you must be sad. Black is not sad. Black is rebellion, but also, it is soft-spoken and yes, a bit moody or dark.” Many reserve black for the evening but Guardì is of the opinion that it can and should be worn before sundown. “I have some black bespoke suits I wear in informal occasions, even during the day, just with a shirt and boots — but you know, I’m a Johnny Cash fan,” he jokes.

For a more laidback look, “I think black jeans, black turtleneck and black shoes is a very elegant combination,” Guardì remarks. “I find this kind of outfit way more classy than those brightly coloured cashmere sweaters and scarves some people wear.” Just as there can be no yang without yin, no light without darkness, Guardì feels a dash of black brings all-important contrast into the day. “A bit of shadow is always good,” he says. “Shadow is romantic.”