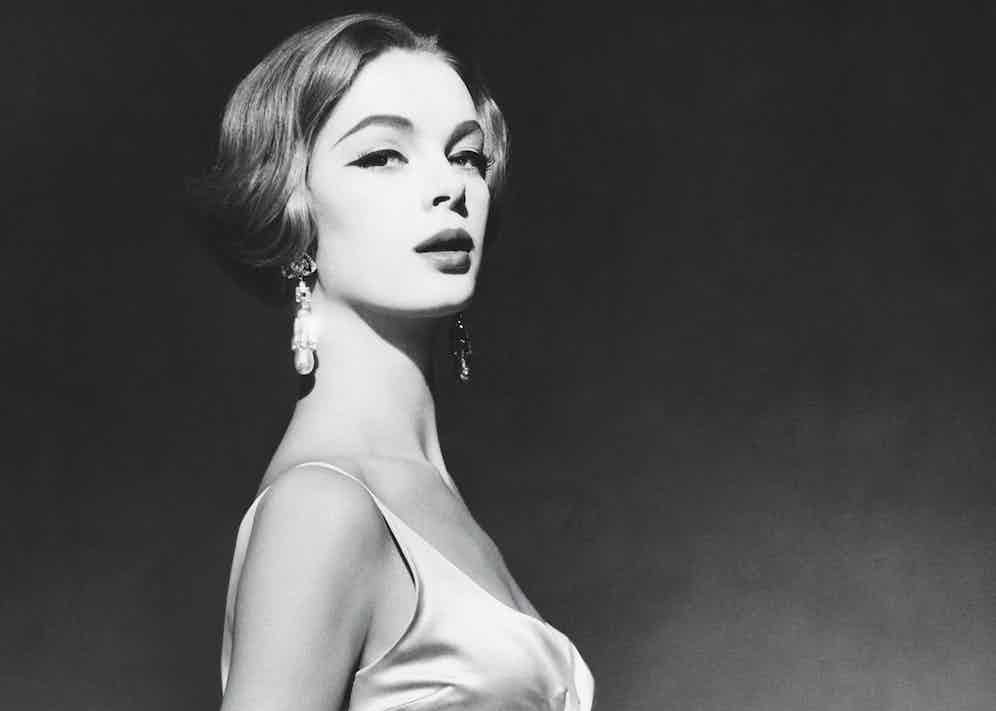 According to the polar-fleeced nerds at Lonely Planet, the population of Smygehuk — the southernmost town in Sweden — is approximately 1,500. Now imagine if every one of them had seen your mum naked.

That was the case for a young Nena von Schlebrügge. It was her mother, Birgit Holmquist, who had posed for the starkers Axel Ebbe statue called The Embrace, which is located at the entrance to the harbour and was installed in 1930. Kind of like a proto-influencer. But classy.

Aside from proving once again that there is a certain stratum of aristo ladies who can’t wait to get their kit off in the name of art, Holmquist’s daughter was reportedly a site to behold from the get-go.

Born in Mexico in 1940, as the war raged in her native Europe, Nena (as she became known to fans, acolytes and fantasists) made quite the impression on the Vogue photographer Norman Parkinson. He was on a tour in Stockholm. She was 14, and apparently this sort of overture was utterly normal for the era. Two years later she moved to London to model, duly turned British heads, and in 1958 the legendary talent spotter Eileen Ford took her to New York.

In a life garlanded with cinematic moments — all but one of which happened on screen, though more on that later — the prototypical Scandinavian teenage bombshell arrived in Manhattan on the Queen Mary in the midst of a late-season snowstorm that blanketed the coast from North Carolina to Maine.

The skin was milky, the chin would make Henry Moore weep with envy at its sculpting, and with a mere tilt of the head Nena could convey everything from hauteur to heat. Drop-dead to begin with as a teenaged model, she seemed to grow into her grace and beauty. It was hardly surprising that Vogue and Harper’s Bazaar came calling. They wanted her face on their pages, her body in their clothes, and her umlaut in their captions.

It was in Manhattan that she also become a one-time muse to Salvador Dalí. When the model Dalí had booked for a photoshoot pulled out due to illness, a mutual friend scored Nena the gig. She recalled: “I said, ‘O.K., I’ll do it’, and half an hour later a limousine pulled up outside my door and I stepped in next to Salvador Dalí. I took my dark glasses off and looked at him and said, ‘I’m very nearsighted’, whereupon he smiled and said, ‘Oh, so you are one of the blind people’, and so began a wonderful friendship.”

She became a crucial part of his salons, and added, rather cryptically, “We had some interesting adventures as well... different people would come and visit him these afternoons at the St. Regis.”

There was a dabble in film but it was bikini-brief. In 1967 she was cast in the Edie Sedgwick film Ciao! Manhattan. Burdened by unnecessary punctuation and four years of filming and editing that cut her part entirely, Nena seemingly came to the conclusion that moviemaking was not for her.

That’s not to say she hadn’t appeared in a more private type of film before. In 1964 she married Timothy Leary, the famed Harvard psychologist who was a dedicated advocate of psychedelics and coined the phrase, ‘Turn on, tune in, drop out’. Leary and his bride were, for a short time, the central sun around which an entire solar system of 1960s counterculture revolved. D.A. Pennebaker — who would go on to chronicle the likes of Bowie, Dylan and Hendrix at their respective peaks — filmed the wedding for a project entitled You’re Nobody Till Somebody Loves You. Charles fucking Mingus was their reception pianist.