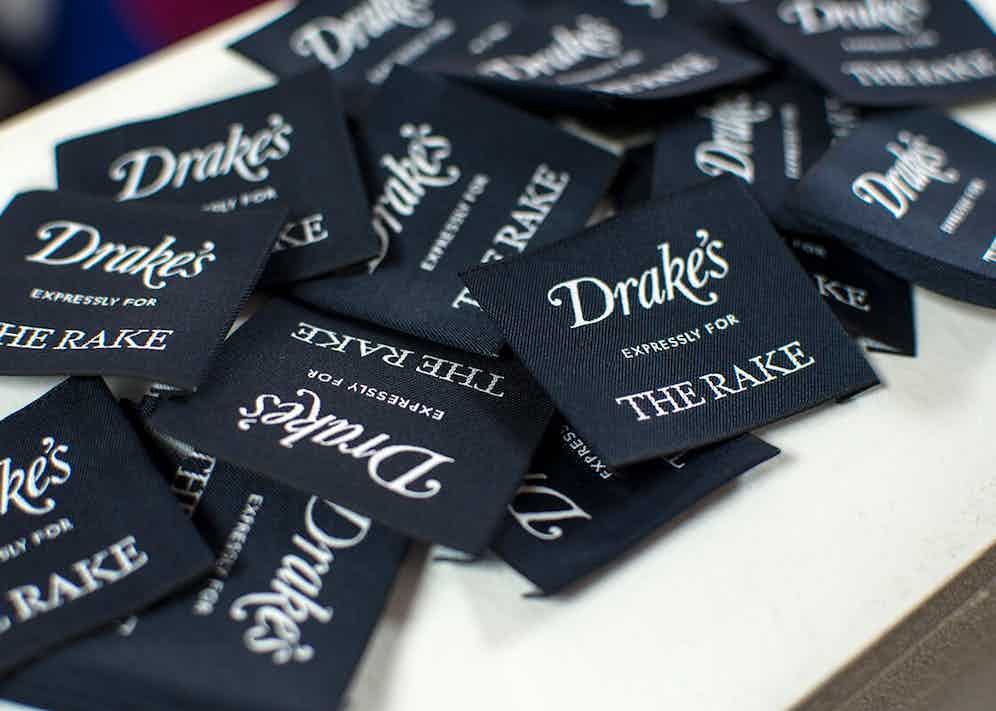 Long before its cutting-edge neighbours arrived on the scene – the eye-beguiling M by Montcalm hotel which perforates the Old Street skyline like a Super Etendard, and before the concept of WeWork cohabiting spaces even entered the London equation – Drake’s has been quietly but elegantly crafting gentlemen’s neckwear at its wonderfully apt Haberdasher Street address for the past eight years. The London skyline seems to change with the seasons, but Drake's ties assuredly fly against the winds of change. Prior to that, the company were based in Garrett Street in Clerkenwell, under the then stewardship of co-founder Michael Drake.

The brand occupy a renovated 1930s art deco building that once housed the Guild of Haberdashers, at the junction where Haberdasher Street meets East Road, close to Jarvis Cocker’s local The Crown and Vulture, purveyor of arguably the best sourdough pizzas in town. With its iconic 1950s Gensign clock proudly illuminated above the main entrance, Drake’s are the UK’s largest independent producer of neckties, and recent recipient of the Queen’s Award for Export. Michael Hill is at the helm – in fact it’s hard to imagine Hill being anywhere else other than Drake’s - such has been the creative influence he’s imprinted on the brand in little under a decade, having spent his formative years under Michael Drake. With the backing of co-owner Mark Cho, founder of The Armoury, the company’s reputation continues to prosper both at home and abroad. 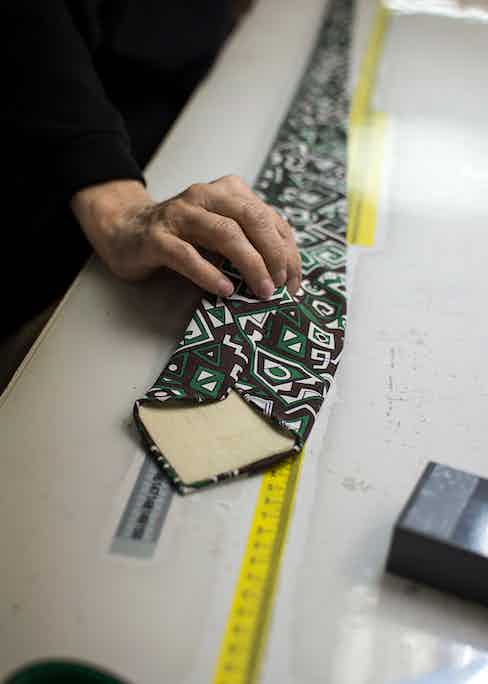 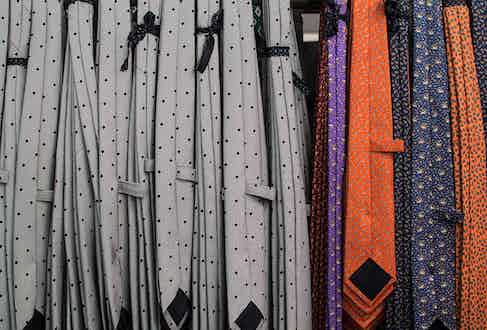 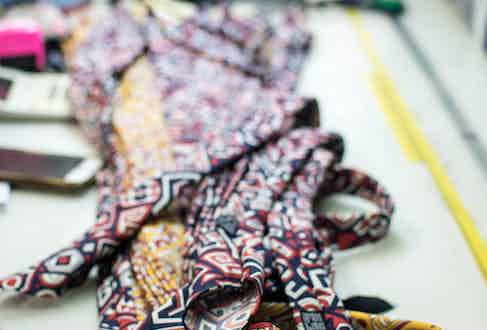 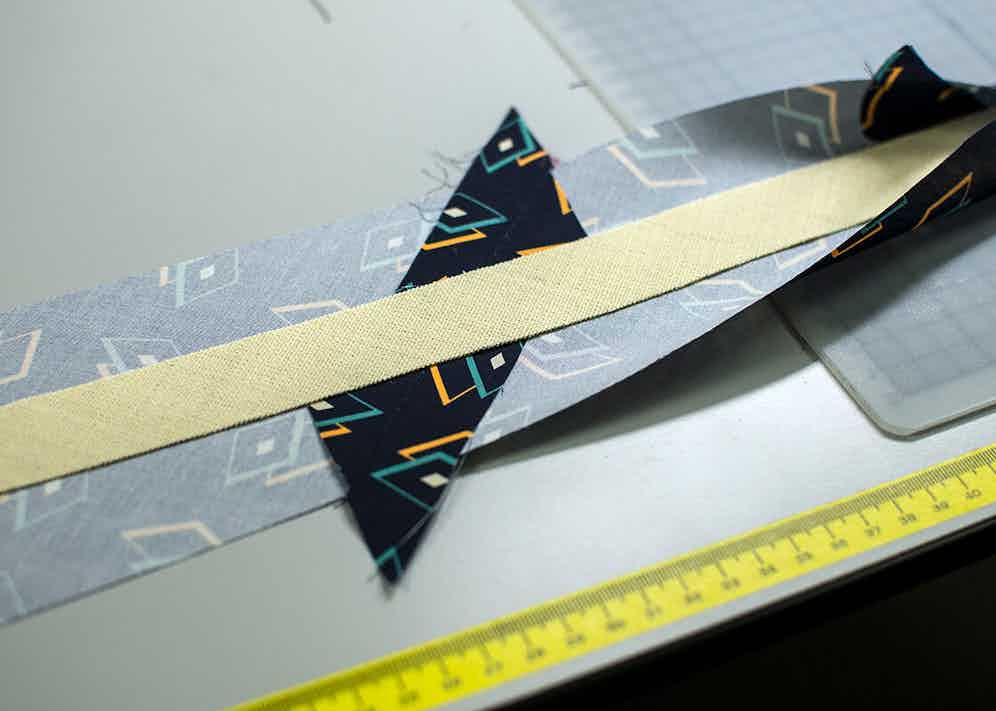 Located on the first floor of the building, the tie factory is a haven of calm – which cannot be said of most factories. Everyone is quietly going about their business and the aura is peaceful, creative and efficient. Helped by the fact that the Drake’s design department are quartered at one end and often pop by for consultation, it feels more like an artist’s residence or design studio. The opposite end of the room is dominated by a large scale cutting machine – rolls of predominantly British and Italian fabrics (only the very finest madder, shantung, grenadine et al) are loaded on to one end, unfurled, scrutinised for potential flaws, then cut into 80cm x 70cm blocks, usually several layers of fabric deep. From here, the materials are then passed to the cutters, Stephen and Mario, who dip into their vast library of cardboard patterns, which are laid out like an enormous horizontal swatch catalogue clinging to the entire length of the table. Being as economical as possible in order to minimise fabric wastage, the cutter places the patterns on to the fabric and traces the outline of the template with a fine Japanese chalk directly onto the cloth. These are then either cut by hand using an extremely sharp scalpel, or a specialised electronic fabric cutter - always cut on the bias at a 45-degree angle to the threads. This means that only two ties can be crafted per piece of fabric as opposed to four, but it was always the belief of Michael Drake that a tie cut on the bias will hold its shape and hang better than one that is not. A small part of the excess cloth is then utilised to create the loop which is sewn on to the reverse of the tie. Forget everything you were taught at school about how the narrow end of the tie should be neatly threaded through the loop. In sartorial circles, it’s tantamount to dancing with the devil. 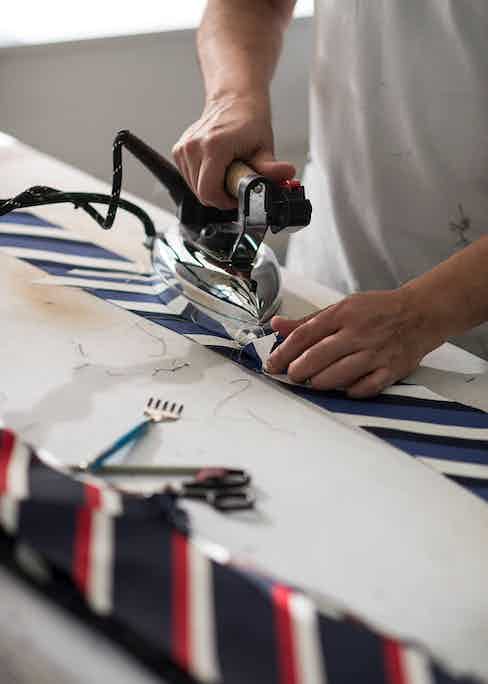 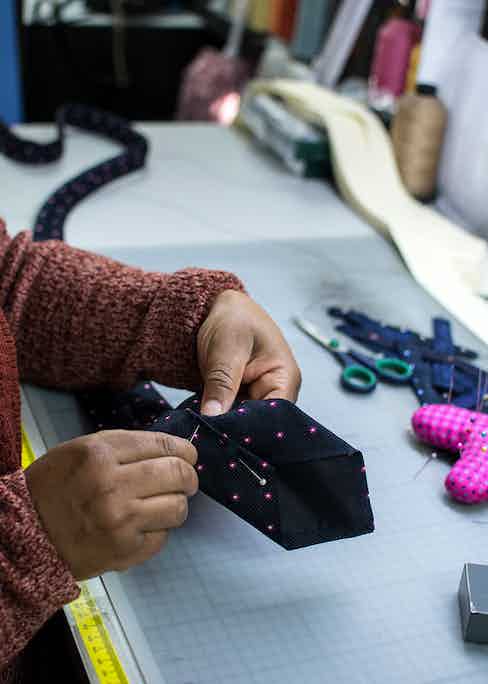 A tie is of course a sum of many parts and in the case of a Drake’s handmade specimen, a superbly well-oiled division of skilled labour brings them to fruition. Tie mission control, positioned between the design department and the cutting floor, is much like London itself, a beautifully diverse mix – English predominates while smatterings of softly-spoken Spanish and Portuguese lend an international flavour. It’s a workforce charged with the daily assembling of a tie’s component parts: namely the blade, or front; the neck; and the tail, or back. The first procedure is to tip both the blade and tail where the tie is sewn into a single length. A partial lining is then sewn to the back of the tie, either utilising the exact same material (referred to as "self-tipped") or a contrasting colour and weight of fabric. In the case of an untipped tie, the edges can either be sewn flat or hand-rolled then hand-stitched exactly like those one would expect to see on the edges of a premium pocket square. Blade, neck and tail are then combined in readiness for the first, albeit gentle, pressing. It requires the deftest of manoeuvres of the iron by the presser but is vital in order to retain the three-dimensional shape of the tie, while helping bestow character upon it.

From here the tie is "slipped" – so-called because of the introduction of a slipstitch, the long vertical stitch sewn up the back of the tie which holds it all together. The first bar tack (a stitch used to reinforce areas of the tie that may be subject to additional wear) is then applied using a robust silk thread. The interlining layer, composed of either wool or cotton or a combination of the two, around which the fabric is folded – is tucked into the blade tip. It’s imperative the folds are neither too loose, nor too tight. In this case, it’s down to a woman’s intuition (simply as there are no males on the slipping floor) – born out of the experience of the seamstress who will judge each tie on its own merit and apportion the correct weight of stitch depending on the components of each. 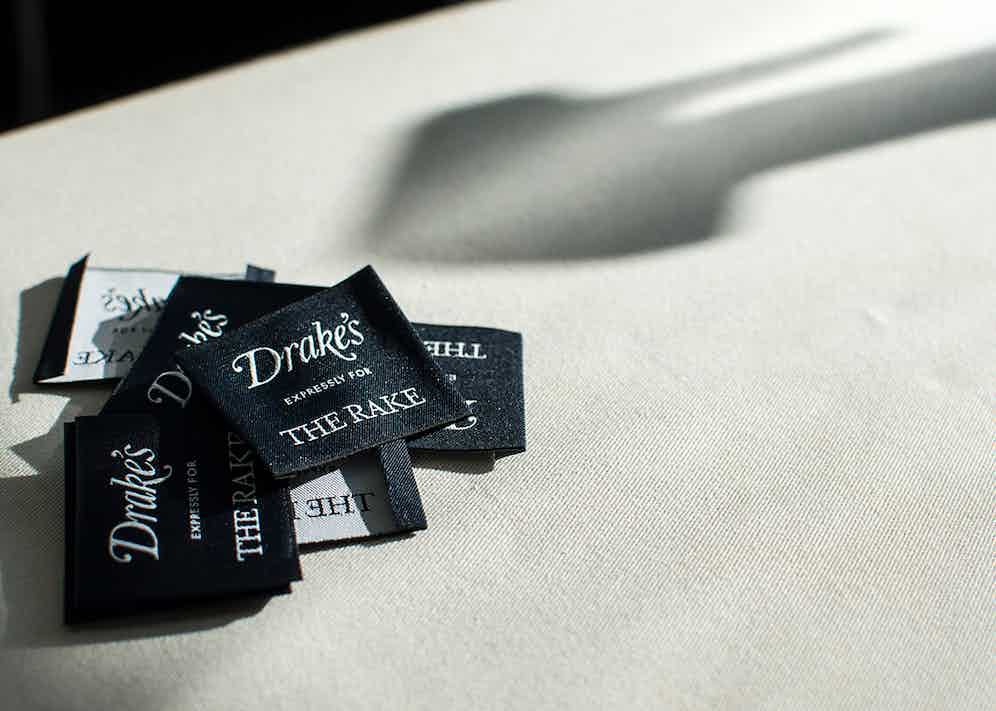 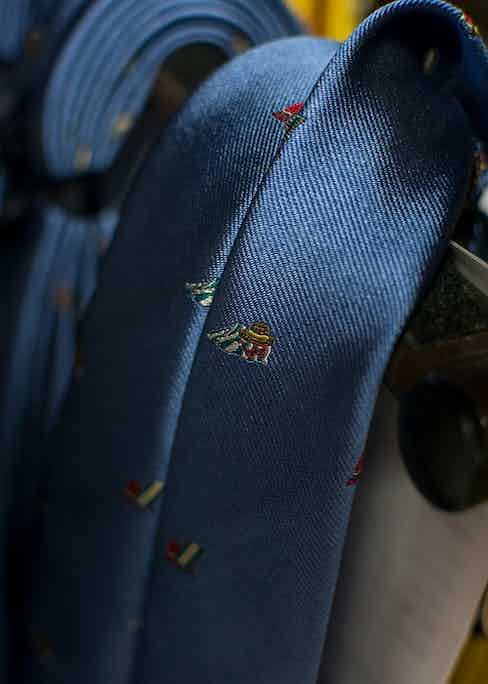 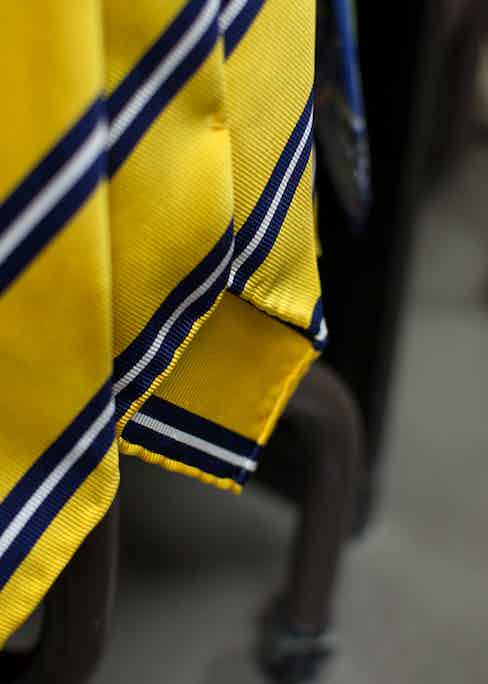 The keeper is sewn in for novelty value if nothing else, not before the slipping is secured with another bar tack at the tail, leaving a small loop of excess thread inside the tie. This is by no means an incidental loop – it ensures that however much the tie is stretched, twisted or rumpled, it will return to its original shape. It just leaves the pièce de la résistance addition of the hand-sewn Drake’s Handmade at No.3 Haberdasher Street label, secured by four elegantly-positioned corner tacks, before the tie is gently pressed for a second time.

After the painstaking precision involved in its creation, there’s one last quality control check before it’s ready to put the tie around your neck. Who better than Drake’s Creative Director himself, Michael Hill to impart these wise words of wisdom when doing so: “I take a very uncomplicated approach to tying my ties. Simply put, there is only one knot I use, and that's the four-in-hand. While many men undoubtedly get elegant results from other knots, the classic four-in-hand is perfect for any occasion, and it's the only knot I recommend when people ask me. Every tie I've worn, for as far back as I can remember (and, being a tie-maker, this is a great many), has been neatly tied this way, with a perfect-sized knot, and the dimple just-so. No need to give it another thought.”