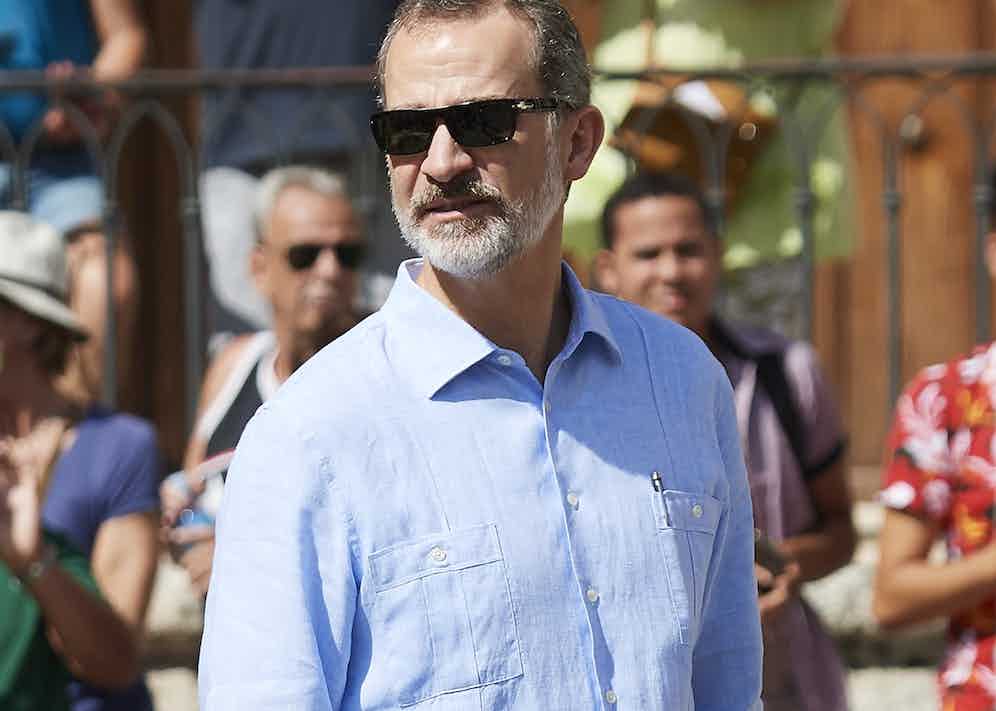 Founded in 1906 by Julian P. Burgos – and then acquired by Mr. Santiago Olave – Burgos is the distinctly Iberian take on classic shirting, and the oldest camisería in the country. If there’s one thing the Spanish are unapologetic about, it is the quality and tradition of their heritage brands – and Burgos is no different. "Everything is made in Spain," says Carmen Olave, who steers the brand, "we look to the past, but we also think people should wear our shirts however they want!"

In their third generation, still run by the Olave family, they are adapting slightly to suit the changing times; but one look at their range of shirts and outerwear, and it is safe to say that none of the old-school flavour is forfeited in the pursuit of modernity. Nor should it be. The house style has a British nuance, with thick wools and herringbones (like their green safari jacket) and exaggerated checks and collars – all signatures of the Spanish style. The Highlander tone of their outerwear is partly because the brand is associated with the upper-class, who would wear these types of pieces out when hunting. "It’s a big tradition here, and unlike in other places around the world, requires a formal dress," says Carmen. She remembers growing up visiting her family’s iconic Madrid store, "and meeting so many impressive people." Burgos is still commissioned by Spain’s royal family to this day, as its premier camisería. "He (King Felipe VI) recently wore a beautiful blue piece with buttoned pockets… It was all over the Spanish media!" she says proudly. 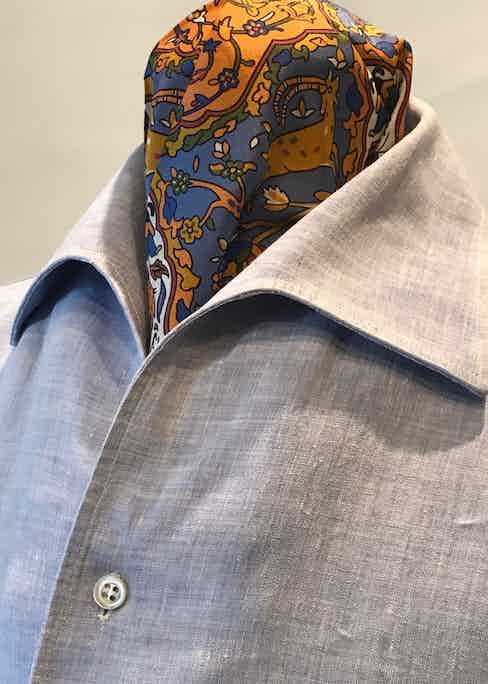 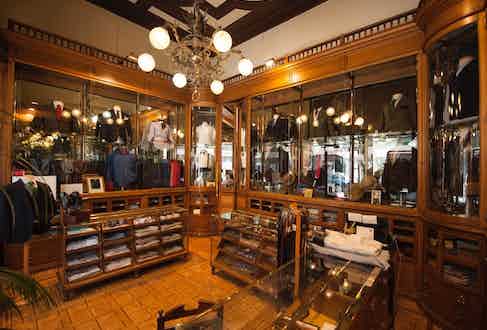 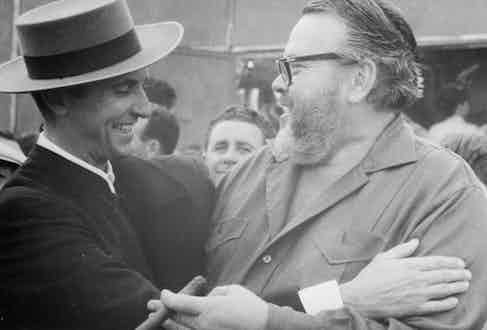 Who else wore a Burgos shirt, you ask? Put it like this, if you’re thinking of adding them to your collection, you will be in good company. Alongside the royals, Orson Welles, Picasso, Cary Grant, Jeff Goldblum, and Adrien Brody, is a lineage of legendary Spanish toreros - the type depicted by Ernest Hemingway in his book Fiesta: The Sun Also Rises (as it happens, Hemingway owned a few Burgos shirts, too).

In an over-saturated shirt market, what separates Burgos is an Iberian-Ivy League look, characterised best by English formality, with a single bold detail. "The Spanish style is somewhere in between British and Italian," says Carmen. "In one sense, it’s restrained, but also quite bold – just not as eccentric as some of the Italian designs."

Take the Caprese collar shirts, sold online in slate or beige. Made from pure cotton, they are crafted with mother of pearl buttons and a large cutaway collar. Their story is rooted in an exclusively-Spanish military shape. "It’s been a part of our offering since as long as I can remember," says Carmen, "originally it was produced in the manner of the camisa legionario that the Spanish military wear." Handsome, bold, and local, this is the style we think The Rake readers might enjoy if they are looking for a distinctly Iberian take on shirting. "I think it looks best open," says Carmen, "at least that’s how they were designed to be. But you can button it up and pair it with a tie, too."

The Rake is also offering Burgos’s range of pyjamas, which Carmen claims is one of the brand’s most popular items. "We really tried to get the elastic just right," she says of the trousers. "We succeeded! One of the biggest complaints with pyjama trousers are how they stretch, but our customers say that they are incredibly comfortable," understanding the need for night-wear to be both stylish and easy to wear (you never know who might show up at your door at three-in-the-morning, after all). "You can mix and match the shirt and trousers," claims Carmen. You might prefer to slip a warm cashmere jumper over the draw-string trousers, or – if you’re especially brave – wear the shirt out with a pair of trousers - away from the bedroom.