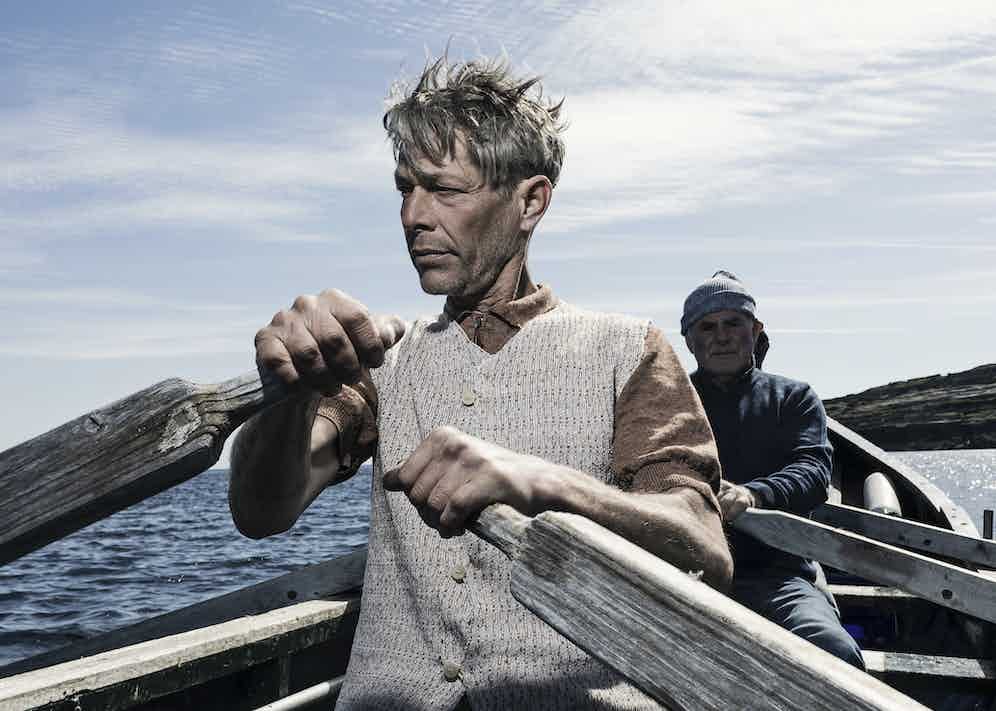 It’s easy to see workwear and beachwear at two ends of a spectrum: one heavy and hard-working, the other airy and thin, sleight if not a little skimpy. One built for outdoorsmen and adventurers, the other for days when the only challenge is tanning evenly. But life on the coast is not all sunbathing and cocktails. In places where life is colder and tougher, where people are out at sea in all seasons, you find the other kind of beachwear: dense layers of insulation to hold out against ice and storms.

In the Scottish isles and the English Channel, in Ireland and along the Baltic coast, knitwear traditions run deep. Wherever there is fishing, sailing, and naval work to be done, there are dense, heavy-gauge, traditional wool sweaters. Garments like these were traditionally made on a very small scale, often by hand, and patterns and designs were passed from generation to generation by nothing more than careful imitation. This is why they are associated so closely with the places of their origins, and why we know many of them today by place names: Shetland, Fair Isle, Guernsey, Aran.

Like other kinds of workwear, these sweaters migrated from their original uses into contemporary casualwear over the past century. There was plenty of innovation along the way, and artisans created new designs in conscious homage, riding a wave of post-war interest in folk culture. Like denim, which was first worn in mines and lumberyards (and then, yes, by cowboys), the appeal goes far beyond the original purpose and location. Perhaps it’s the designs: simple and practical, yet full of character thanks to an emphasis on materials and traditional construction. Or perhaps it’s the palpable bond to a world of serious physical work, the kind of work that leaves you tired and satisfied in every joint, unlike those modern professions that produce restless bodies and over-stimulated eyeballs.

What keeps any legacy alive is the people who continue to practice it. One venture to preserve and promote Irish knitwear is Inis Meáin, a brand based on the island of the same name, on the west coast of Ireland. While committed to sustaining the manufacturing history of the island, and continuing to learn from the people who represent the history of their craft, the owners Tarlach de Blácam and Áine Ní Chonghaile brought new fibres into the mix. Merino sheep, which provide the best wool, have comparatively little meat, and so historically, sheep-farming communities that wanted to farm for meat and milk have tended to compromise on their textiles. Dispensing with the brush-stiff, scratchy wools of old, Inis Meáin turned to merino, cashmere and alpaca to knit old designs in more modern, luxurious fibres. The result is a more refined fisherman’s jumper, equally at home with jeans or tailored flannel trousers.

Cable knits, such as Inis Meáin’s, or the luxurious Scottish models made by Johnston’s of Elgin and Connolly, are richly detailed. Their distinctive patterns of knotted ropes, trellises, and interlocking diamonds emphasise the texture, subtle gradation, and colour density of the fabrics. It’s a pure, even austere, design philosophy, in which nothing is added for decoration, but instead the knitting pattern itself is used to make the raw materials sing. These knits are an effective insulating layer underneath a textured blazer when the temperature starts to drop, and work perfectly underneath a cashmere topcoat on the coldest of days.

Another classic maritime piece comes from military use. The submariner is typically cream or off-white, with a folded funnel neck for extra insulation where skin meets world. It was introduced into British naval service in 1914, and translated into civilian life soon thereafter. It’s easy to see why: the submariner is undemanding yet flattering. It’s the adventurous equivalent to the turtleneck, more continental wanderer than continental philosopher. British brand Shackleton channels the spirit of arctic explorers in their signature sweaters and heavy-duty submariners. For a sporting twist, consider the block stripe models from German maker Heimat, which have more than a hint of the rugby pitch about them. You can follow the naval theme and wear the submariner under a peacoat with a pair of well-shined boots, or embrace the softer side and pair with corduroy and suede. If you have any arctic ice to break, you’d do well to pack one of Heimat’s woollen watch caps too. 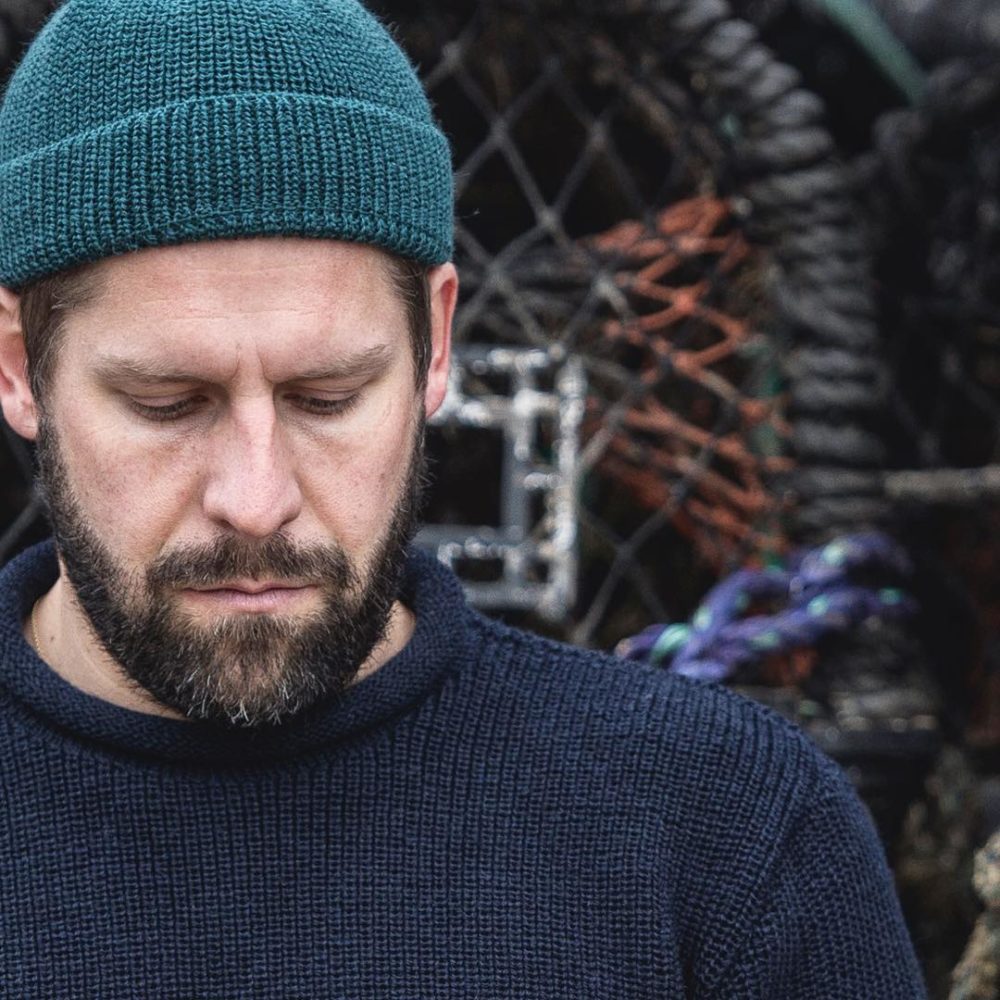 These jumpers are tough but capable of refinement. A Shetland or Aran sweater is the natural partner to waxed jackets and sturdy boots. A textured knit elevates winter tailoring; deep tones of indigo, umber, or flecked Donegal wool offset the muted palette. And off duty, there’s nothing better than a cashmere roll-neck with a well-cut trouser. Whether you miss that salt and ozone bite in the air, or intend to remain firmly landlocked, these knits will become warm favourites this season.