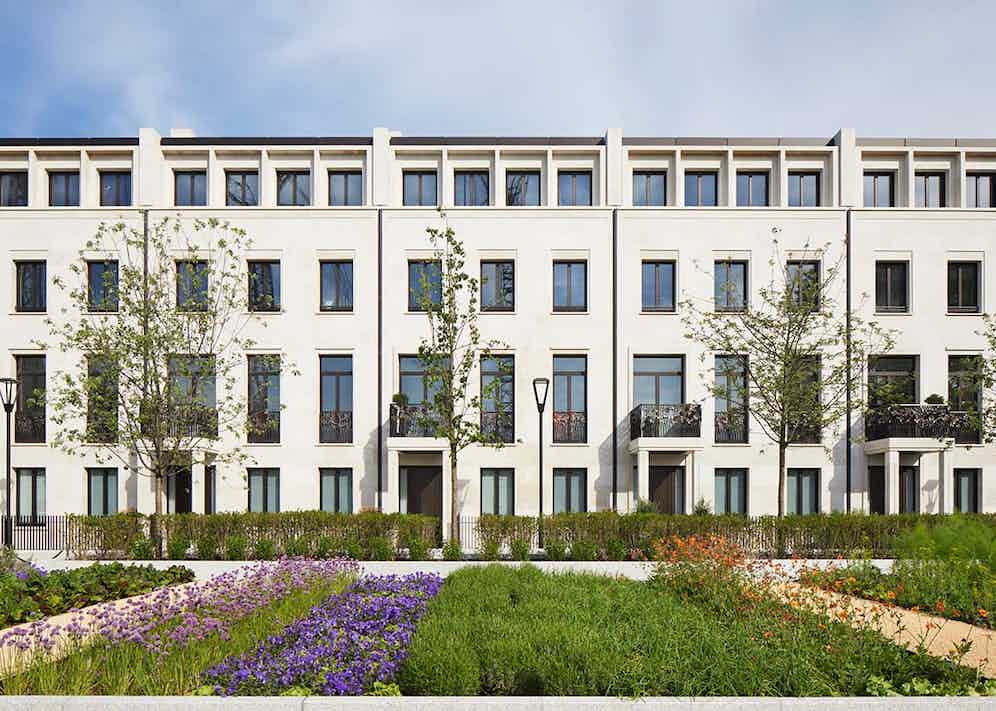 Characterised by elegant townhouses, grand hotels, Michelin-starred restaurants andhistoric squares,Belgravia has long held prestige as one of London’s most exclusive and esteemed residential enclaves. It’s a status that is only set to be enhanced, thanks to the recent transformation of the historic Chelsea Barracks into a great estate, comprising arare collection of apartments, penthouses, mews and townhouses as well as an array of amenities including restaurants, shops, sports facilities and a state-of-the-art health club and spa.

The 12.8-acre site has been out of public reach for over 150 years, having formerly existed as a British Army Barracks. Now, the setting “has the possibility of being part of the composition of London’s great estates,” says Professor Edward Jones, one of the development’s Master Planners. It is designed to blend seamlessly into the fabric of its surrounding streets and communities, from Lower Sloane Street and Pimlico Road to Eccleston Yards and beyond.

Based around the tradition of London’s green garden squares, Chelsea Barracks will undoubtedly inject a new lease of life into the neighbourhood, with 40% of previously concealed land dedicated to beautifully landscapedpublic green space with seven traditional garden squares.“Why did landowners devote land to squares?” muses Sir Jeremy Dixon, Master Architect of the project. “It was their form of patronage, their longer view of things, their contribution to historic London.”The seven garden squares have been designed by renowned landscape architects Kim Wilkie and Gustafson Porter, each with its own distinctive character and intended to maximise the evening light. Chelsea Barracks’ Chief Development Officer Jerry Holmes notes the rarity of such a commitment to green space in today’s increasingly concrete-obsessed society: “I’d like to think that there’s no other developer that would give over so much land, so much valuable precious land. It’s never likely to happen in London again I would suggest, not in my lifetime.”Truly engaging spaces, the squares will be enjoyed by residents, visitors and wildlife alike for generations to come.

The overall concept and framework the architectural and landscape design was conceived by master planners; Michael Squire, Sir Jeremy Dixon, Professor Edward Jones and landscape architect Kim Wilkie, in collaboration with Qatari Diar.Residents are set to move into Chelsea Barracks this Autumn and prices start from £5.25m for a two-bed apartment. 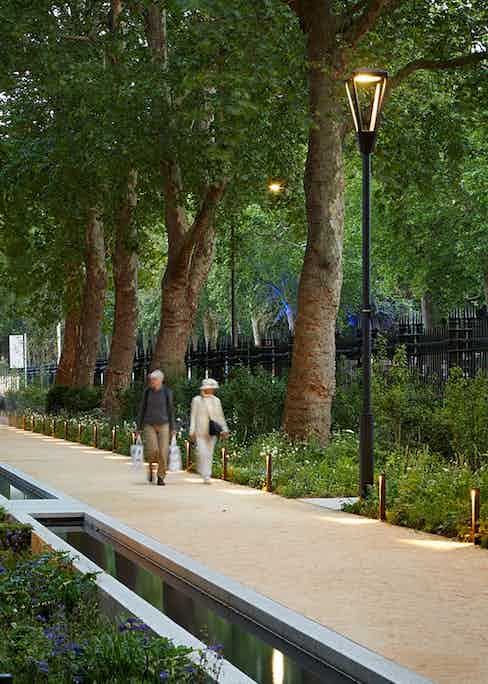 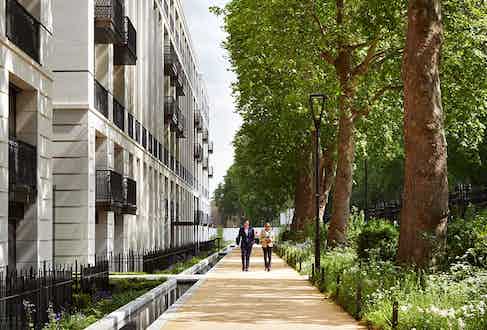 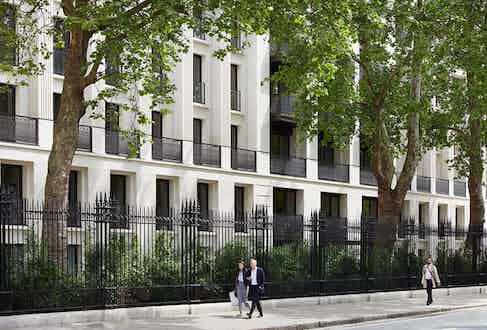 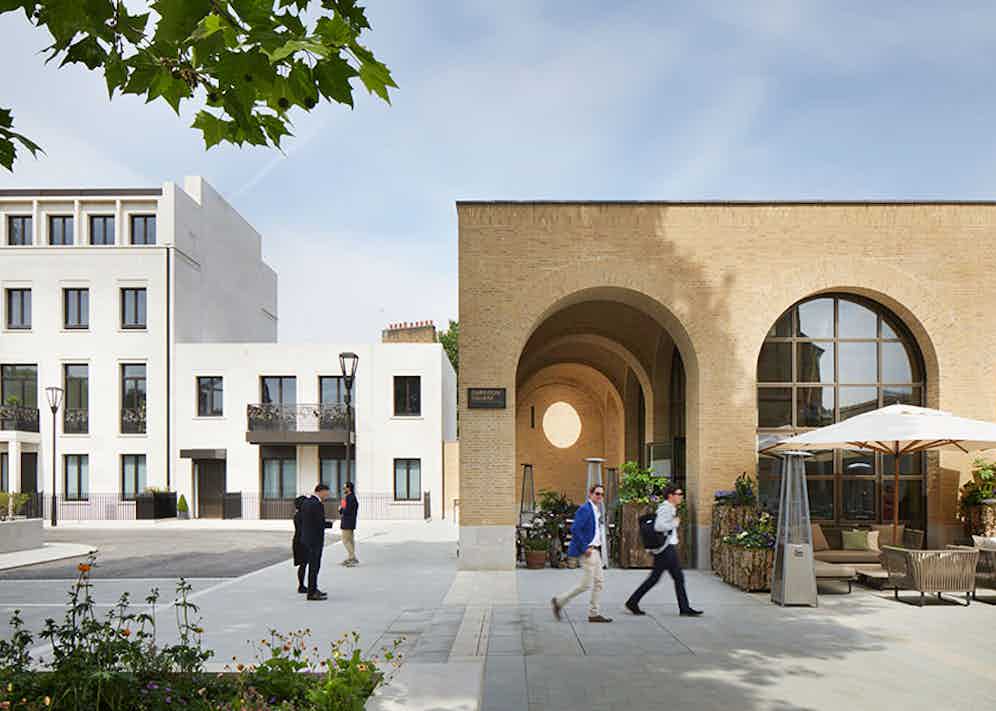 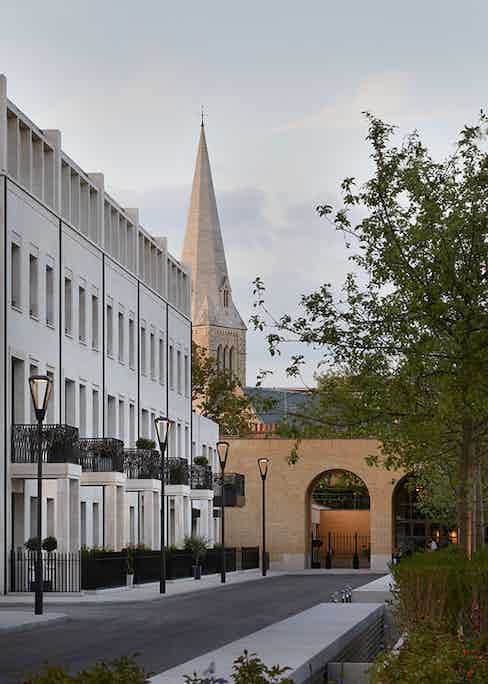 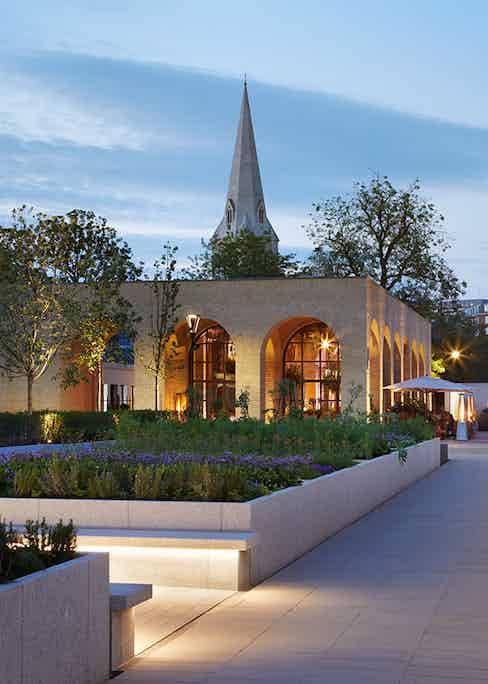