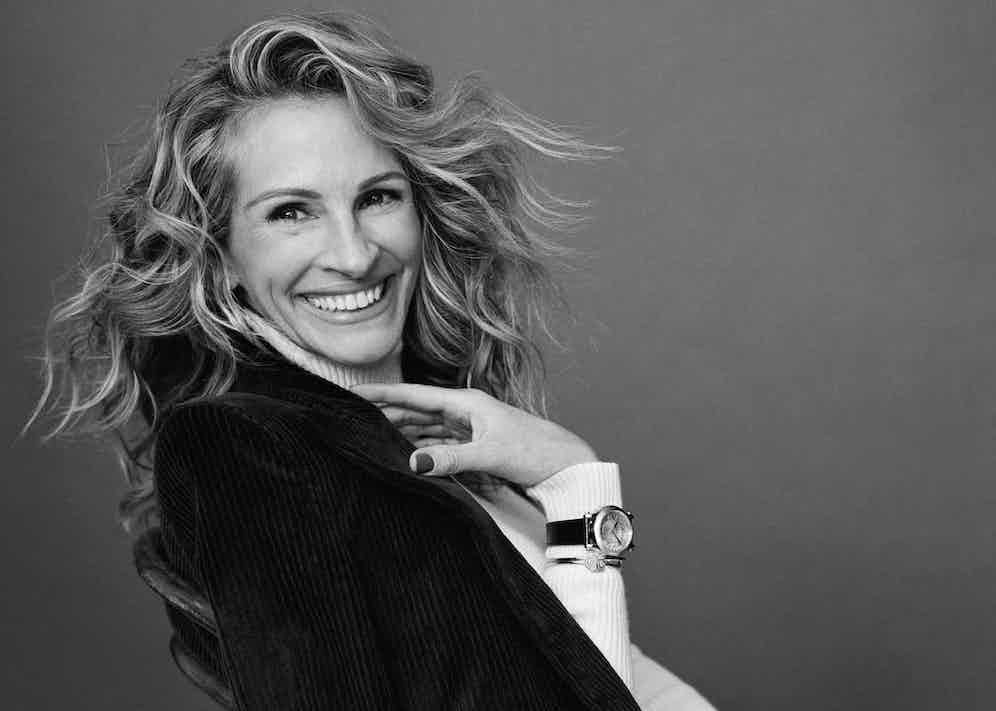 The Chopard Happy Sport is a well-known figure on the watch market, having first been unveiled in 1993. Now as it hurtles towards its 30th anniversary, Chopard has launched two new Happy Sport models that are based on that very first model from ’93. The watch was conceived by Chopard Co-President and Artistic Director Caroline Scheufele, stated in 1993 at its launch that the Happy Sport was: "A watch that I could wear all day long: at the gym, in the office or for a dinner in town.” This versatility was possible, in some parts, thanks to its stainless-steel sporty case style with the addition of diamonds. And it’s the diamonds that are the clever bit. 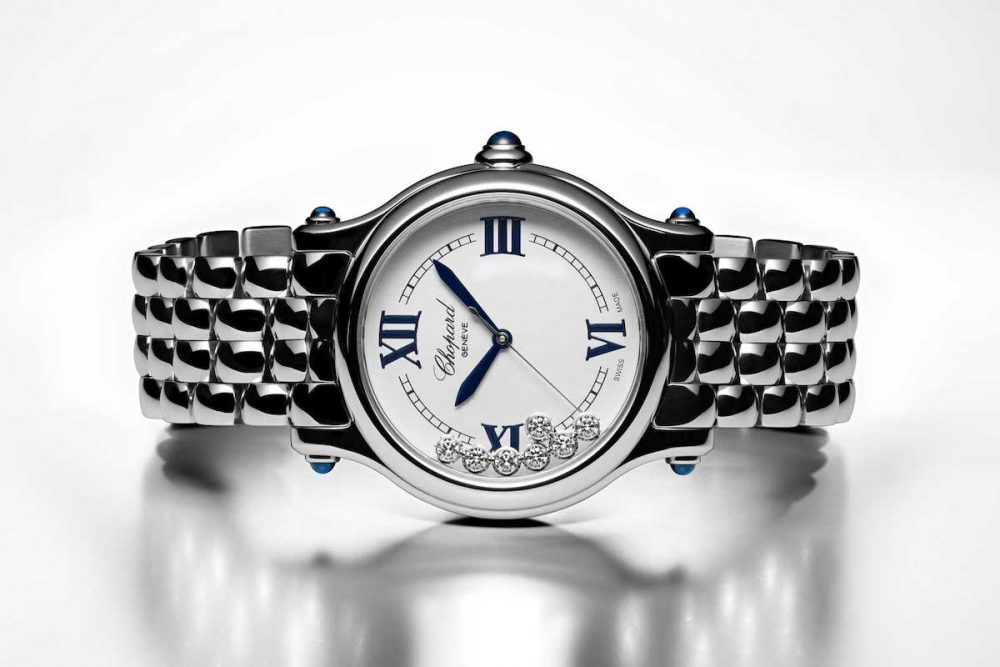 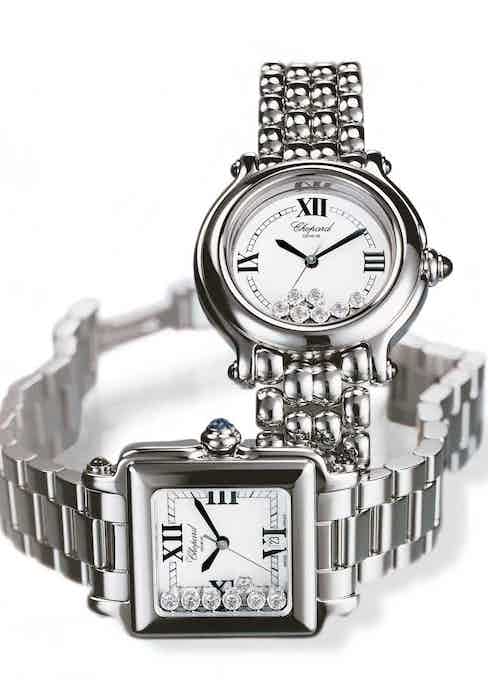 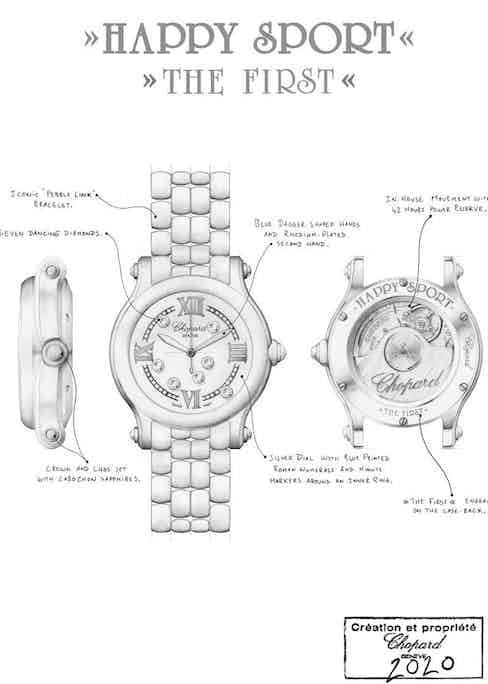 To the observer, the Happy Sport seemingly has diamonds that happily cascade around the face of the watch. The seven ‘dancing diamonds’ are each encased in a spinning-top capsule that moves freely between a sandwich of two sapphire crystals, which is a clever optical illusion that is manufactured entirely in-house by the artisans at Chopard. In fact, it was Scheufele’s mother who first discovered the original prototype that was made in 1976 and made the point that diamonds are “happier when they are free”. And freely they seemingly dance on the wrist with each movement of your day.

The Happy Sport the First watches are available in two versions, both 33mm stainless-steel cases based on the original design. The first version is available in a launch-year-referencing 1,993 pieces with a silver dial that has blue Roman numerals that echo the blue cabochons on the winding crown and four lugs. The second watch is available in a run of 788, a lucky number for Scheufele, with a diamond set bezel and textured mother-of-pearl dial. 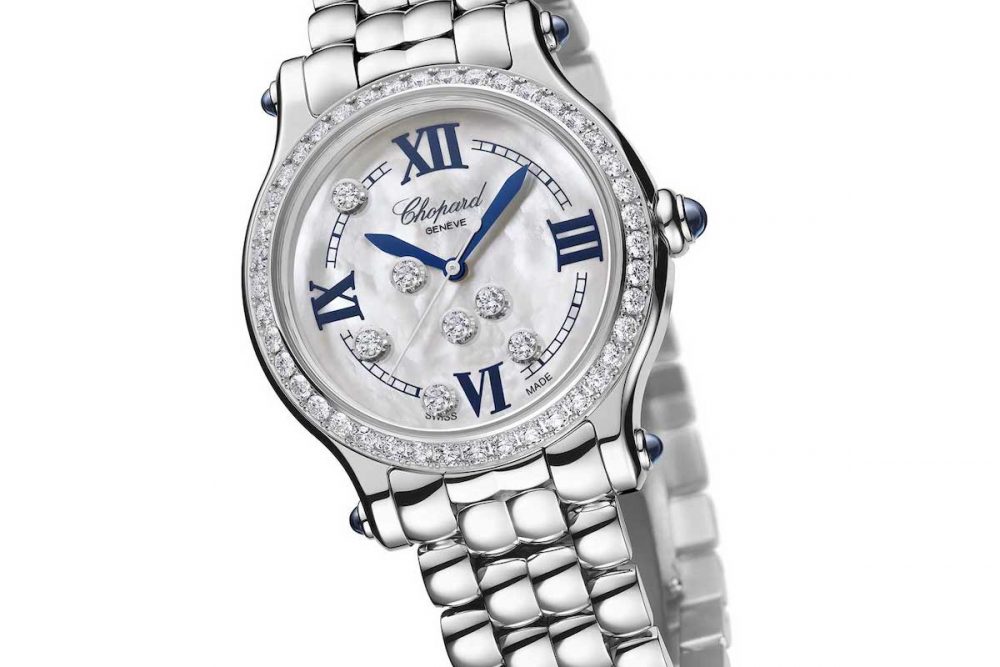 The new Happy Sport the First watch with a diamond set bezel and textured mother-of-pearl dial. 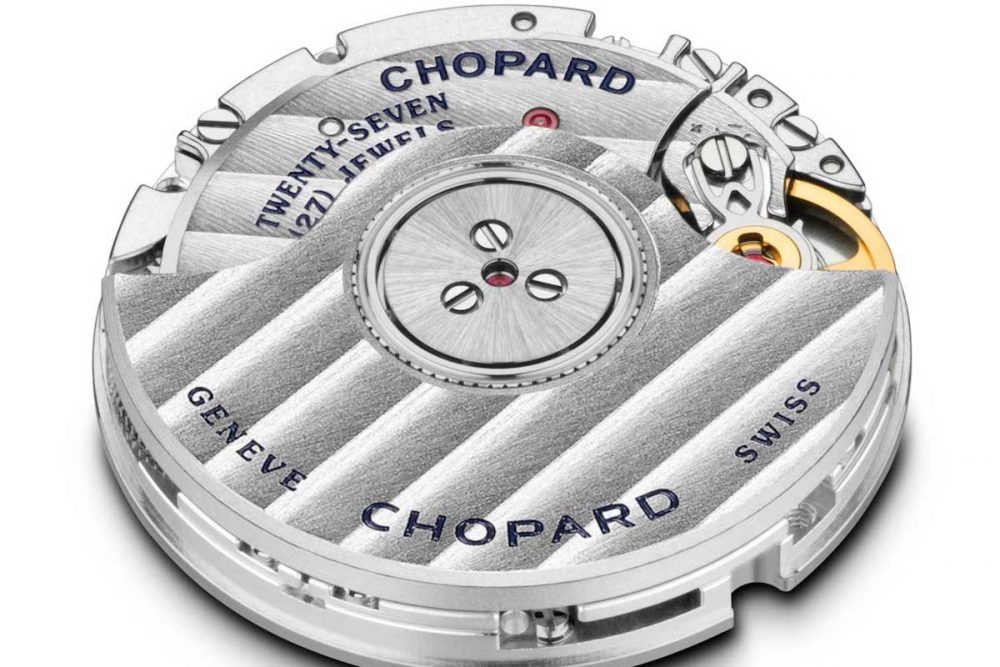 The watch is powered by Chopard’s automatic calibre 09.01C with a 42-hour power reserve.

The Happy Sport is more than just a pretty face though, boasting an in-house movement that is entirely designed and produced by Chopard. Calibre 09.01C is automatic and has a 42-hour power reserve and is made up of 148 components. A watch’s bracelet is key to its overall aesthetic and Chopard has developed, again fully in-house, a four-pebble link bracelet. Similar in concept to a beads of rice bracelet, the pebble bracelet promises fluidity and comfort on the wrist.

To help celebrate the launch of the new watches, Chopard has enlisted Julia Roberts. Says Caroline Scheufele, “It was her and nobody else! Julia Roberts was the only person I felt could convey the spirit that I see in Happy Sport." Julia Roberts stars in a video (see below) that was directed by Xavier Dolan who was also responsible for the artistic direction of a photoshoot with Shayne Laverdière. 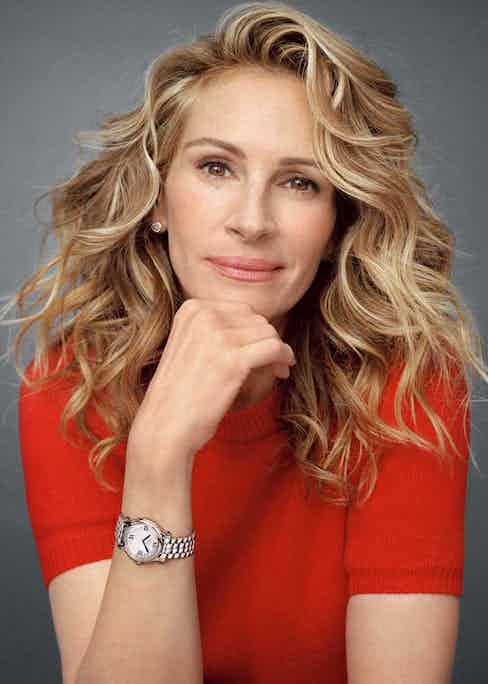 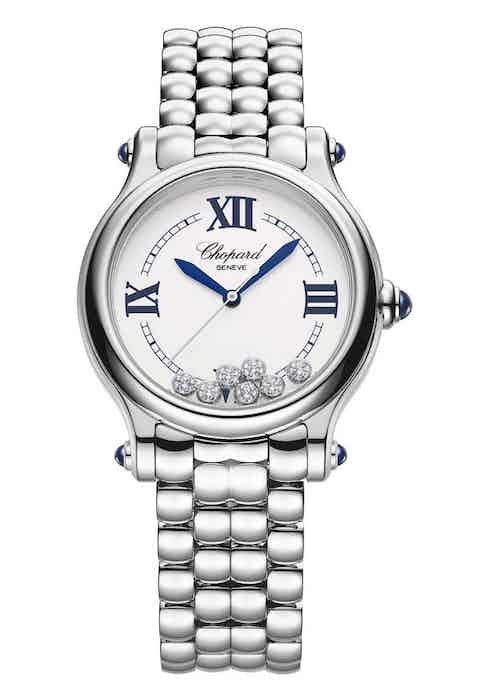