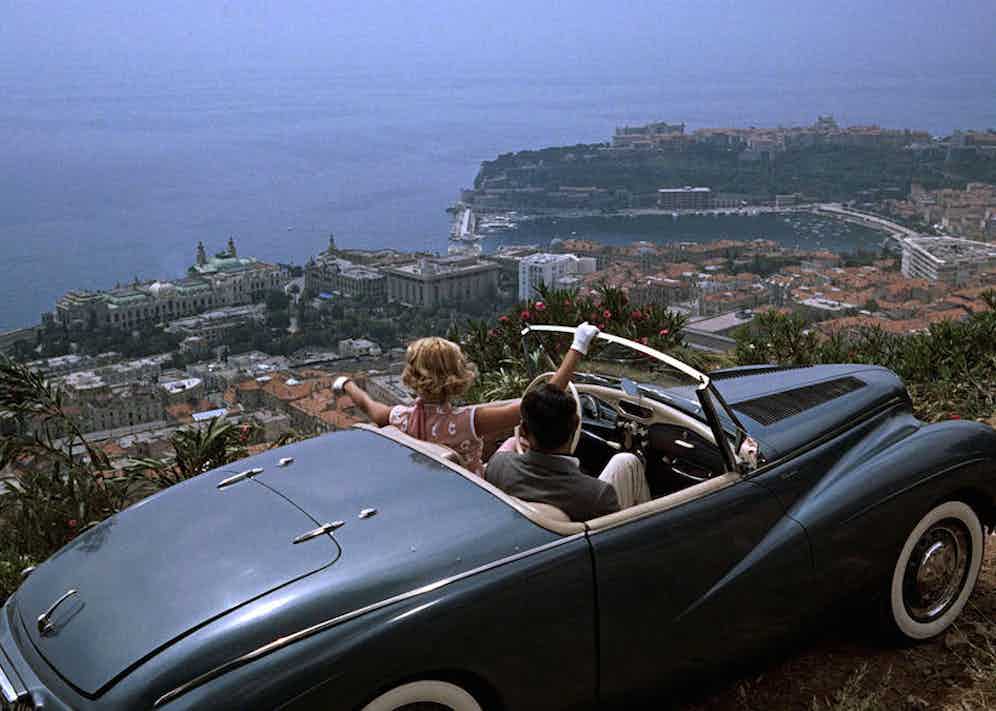 It wasn’t always like this…Grace Kelly and Cary Grant overlooking Monaco in To Catch a Thief, 1955.

Many feel that today, the French Riviera — otherwise known as the Côte d’Azur — has been invaded by arrivistes, scoundrels and barbarians. It wouldn’t be the first time. During the 7th century BC, this sun-kissed stretch of the Mediterranean was initially settled by ancient Greek sailors, who built trading encampments at Antipolis and Nicaea (the future Antibes and Nice). The Romans came next, developing extensive communities throughout Provence in the 1st, 2nd and 3rd centuries AD. Soon, Germanic barbarians began crashing the party, and with the fall of the Western Roman Empire in the early 5th century, the area was beset by various marauding goths, and invaded by Saracens and Normans in the 9th century.

The House of Grimaldi — which today, of course, rules the principality of Monaco — arrived in the 13th century (when, legend has it, the first Prince Ranier kidnapped and raped a young Flemish maiden, who took up witchcraft and cursed the family to forever suffer unhappy marriages, as countless generations of the Grimaldis indeed have done). Descended from an exiled Genoese nobleman, Francesco the Spiteful, who took over Monaco by disguising himself as a monk seeking refuge then slaughtering the fortress’s inhabitants, branches of the Grimaldi clan lorded over Monaco, Antibes and Nice. The region surrounding the latter came under the protection of the House of Savoy (kings of Sicily and later, all Italy) in 1388, and until 1860, was distinct from Provence — which itself was an independent territory, ruled by Naples, until being absorbed by France in the late 15th century.

The next wave of interlopers to arrive were the British, who in the late 18th century began visiting the poor, rustic collection of fishing and farming villages in the hopes that the warm, dry climate would improve their health. Throughout Provence, wan, sickly English sufferers of ‘consumption’ (tuberculosis) soon abounded. The visiting brother of one of these unfortunate souls, British politician Henry Peter Brougham, First Baron Brougham and Vaux, took a liking to the spot and chose to rent a villa and stay on for the season — his friends and admirers followed suit, and the French Riviera started to grow in popularity as a holiday destination for hale and hearty, affluent and aristocratic Brits. 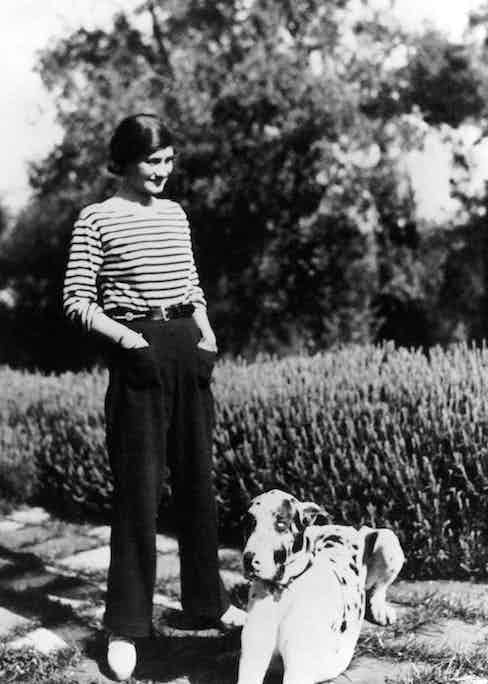 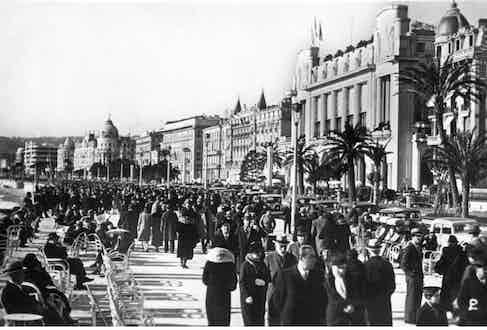 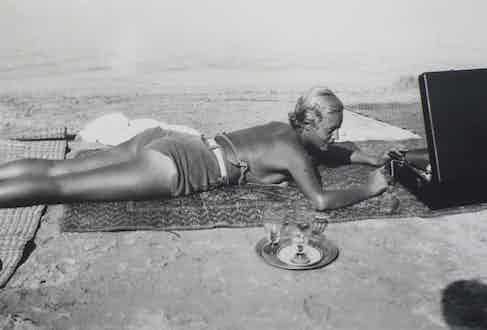 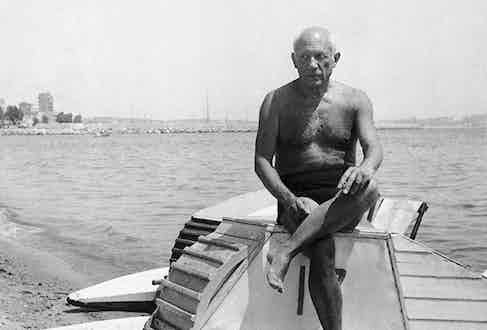 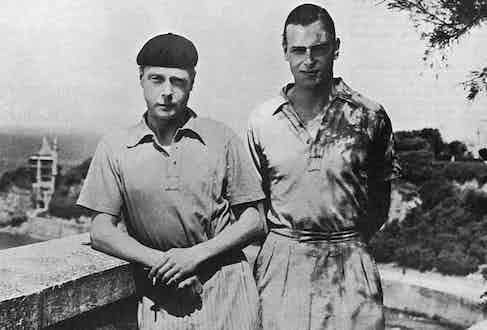 In the mid to late 19th century, when a railway line was built linking the area with the rest of Europe, and grand hotels and casinos established, the rich and regal began flooding in from across the continent and beyond. Queen Victoria, Tsar Alexander II, Napoleon III, Leopold II, and the Prince of Wales (the future Edward VII) numbered among the Côte d’Azur’s numerous majestic denizens in the years leading to the turn of the century. A bevvy of artists, authors, creative and cultural figures came on their heels, particularly during the years between the First and Second World Wars, when wealthy American couple Gerald and Sara Murphy hosted the likes of F. Scott Fitzgerald (who based the lead characters in his book Tender Is The Night on the couple), Ernest Hemingway, Gertrude Stein, Cole Porter, Robert Benchley, Rudolph Valentino, Harpo Marx, Dorothy Parker, John Dos Passos, and Pablo Picasso (who’d live on the Riviera much of his later life).

The Murphys were responsible for a series of Riviera ‘firsts’, convincing the owner of the Hotel du Cap Eden-Roc to keep the property open during the summer (previously, the Côte d’Azure had been a winter destination), pioneering sunbathing (which fellow visitor Coco Chanel helped popularise, returning to Paris bronzed after a summer at her Riviera villa), clearing the formerly detritus-strewn La Garoupe, now one of the busiest beaches on the Med, and promoting a liberated approach to sex and monogamy that would only grow more common in the midcentury and beyond.

Longtime Cap Ferrat resident Somerset Maugham, who coined the memorable description of the Riviera as “a sunny place for shady people,” wrote in his autobiographical novel, The Razor’s Edge, “The shores of the Mediterranean were littered with royalties, lured by the climate, or in exile, or escaping a scandalous past or unsuitable marriage.” All of the above, in the case of the Duke of Windsor, who hid away with Wallis Simpson in Antibes after his 1936 abdication. 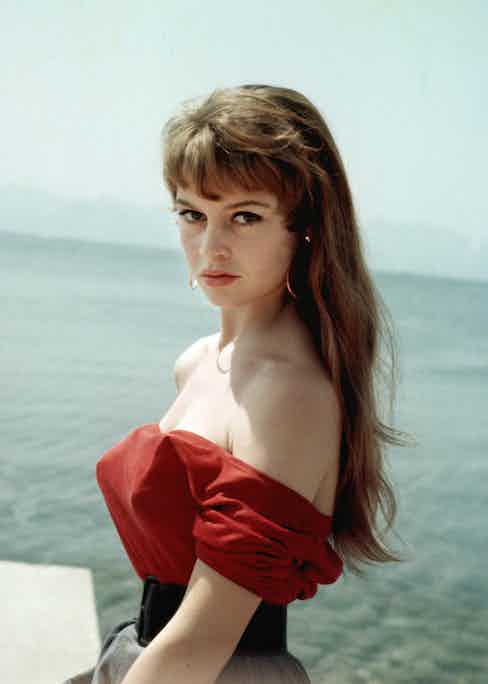 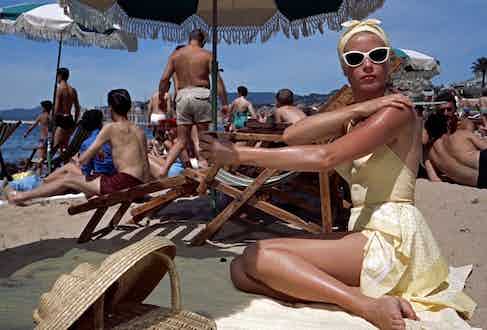 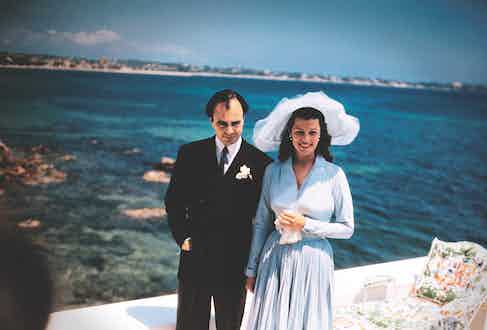 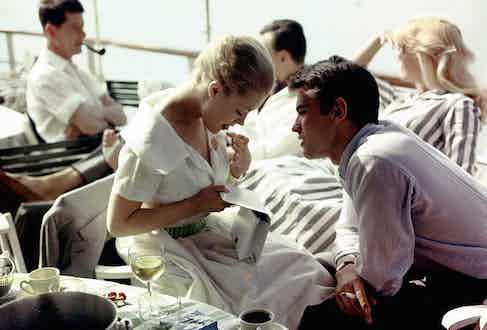 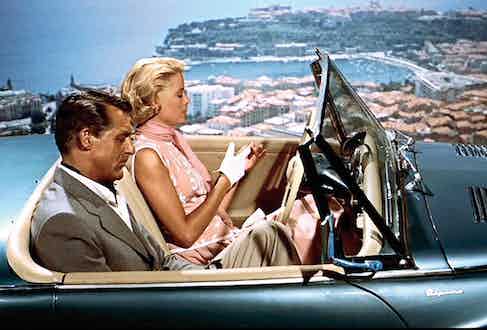 Their neighbour Maxine Elliott, an actress who’d shrewdly invested her earnings and become among the world’s wealthiest women, was one of the great hosts of the day, holding grand soirées at her seaside Art Deco villa Chateau l’Horizon (a vast pile boasting parking for 100 cars), where the punch would be liberally seasoned with dexedrine to ensure the mood was suitably lively, and guests were offered champagne baths to sooth their limbs after an evening’s spirited dancing.

Chateau l’Horizon was purchased by Prince Aly Khan after World War II, and it was here that he wed the actress Rita Hayworth in 1948, in a fragrant ceremony where 200 gallons of cologne were poured into the Olympic-sized pool, and guests lubricated by 600 bottles of champagne and 500 pounds of caviar. Hayworth and the Aly Khan’s union marked a coming together of authentic royalty and the Hollywood kind, the latter becoming an ever more common sight on the Riviera in the 1950s and ’60s. It’s now difficult to think of that time without images of Cary Grant and Grace Kelly (who in 1956, became Princess of Monaco) springing to mind.

Today, however, the Saudi royal family spends summers ensconced at l’Horizon. The authors, artists and stars of old have been replaced by stinking-rich oligarchs, disgorged from their private planes, blinged out in Philipp Plein, intent on preserving ill-gotten gains. More than 70 years after Maugham called the Côte d’Azure “a sunny place for shady people,” that quip rings truer than ever. Some 2,000 years after the first invaders came, it seems that on the French Riviera, barbarians remain ever at the gate. 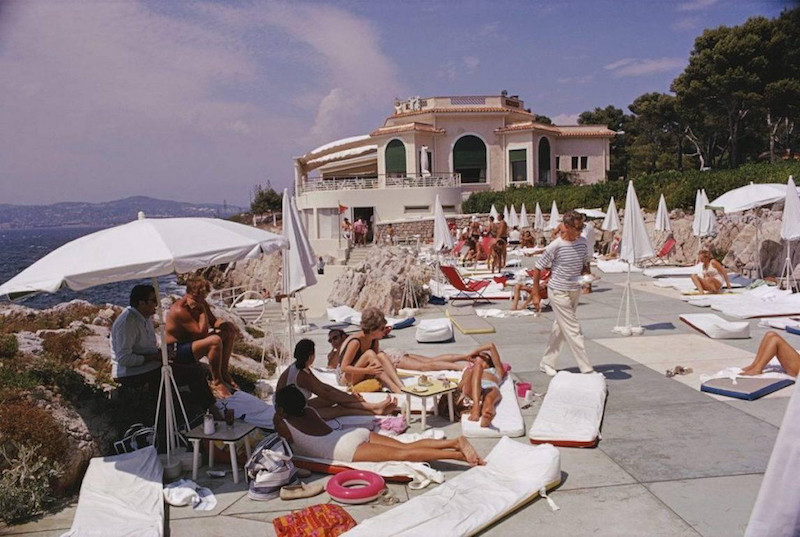