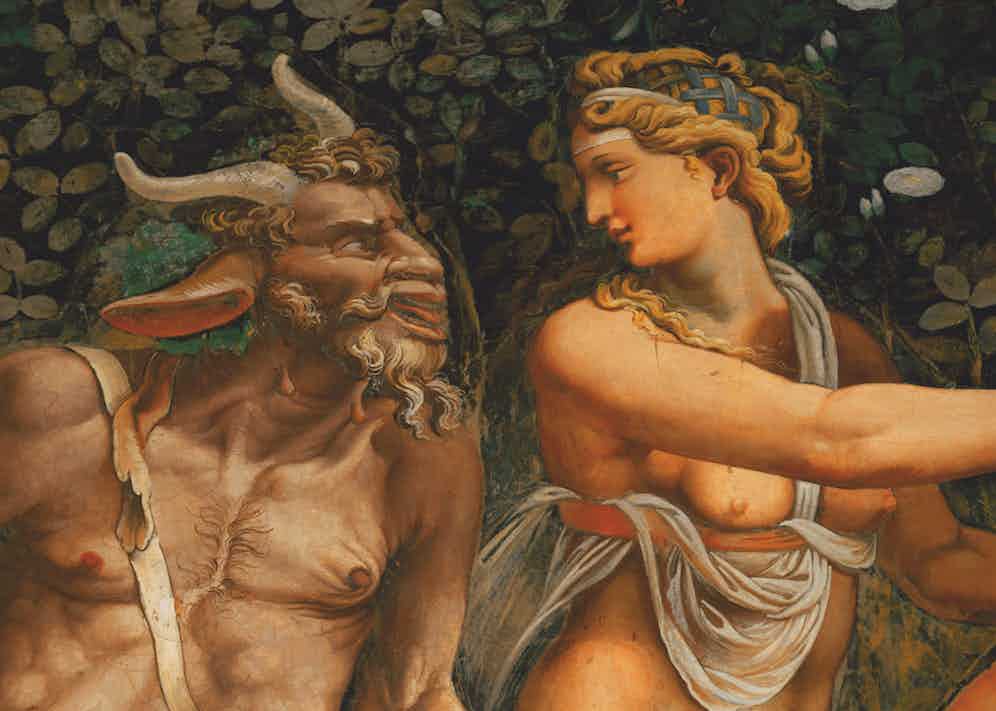 A good friend of mine once took his then 22-year-old girlfriend to a friend’s barbecue in Sydney. There, the couple encountered Paul, a mincing, sarong-wearing American of some vintage — perhaps early 40s — with an athletic build, salt-and-pepper hair and an unshakeable air of invincibility. My friend, then a man of lowly self-esteem in his early 20s, smelt a rat.

“Oh my, don’t you look healthy,” purred Paul to my friend’s girlfriend, his amphibious eyes giving her the more-than-once over. Over the next four hours, this seasoned dallier held court; an Oscar-deserving performance for all the female company to relish. Think Michael Caine in Dirty Rotten Scoundrels — well-oiled, conniving and suave. The men saw right through him; the girls thought he was charming. As he left later on, Paul sashayed over to shake my buddy’s hand. Leaning in with a wink, he whispered: “Age and guile will always beat youth and beauty.”

The moral of the story? There are two: first, never trust a man in a sarong — unless he’s borrowed it from his girlfriend, is two steps from the ocean, and there is nary a towel in sight; secondly, in the eyes of perceptive females, buff but vacuous young boy-band types compare to the seasoned flirt as the fatuous reality TV nymphet does to Angelina Jolie. Or, as the 1996 P. J. O’Rourke book title from which Paul carelessly plagiarised his life’s adage puts it, Age and Guile Beat Youth, Innocence, and a Bad Haircut.

The great thing about the “age and guile” principle is that the first is unavoidable — bestowed upon us for free. Better still, the whole thing about women fancying the more vintage male specimen is no trite cliché. Relative solvency and inevitable sexual experience are factors, no doubt, but it is more to do with sophistication: how he handles himself, as much as how he treats a woman.

"Think Michael Caine in Dirty Rotten Scoundrels — well-oiled, conniving and suave. The men saw right through him; the girls thought he was charming."

If sophistication is a man’s certificate from the School of Life, rumination is the homework that improves his grades. Contemplating the errors of your misspent days can be pillow-biting business: the path of romance is strewn with nasty potholes, right from our teenage years — this writer’s first sexual experience resembled a man removing the liver from a pufferfish wearing boxing gloves — to the inevitable break-ups of our 20s and 30s. (I personally handled the latter like the aforementioned fugu chef, but with Parkinson’s.)

Even the cockiest coves, the likes of Mr. Sarong, suffered from the romantic ineptitude of youth. We all did. My personal Achilles’ heel as a younger suitor was navel-gazing: wallowing, self-diagnosed depression. As a youth, I was all memorised-Smiths-lyrics and woe-is-me, quasi-intellectual outpourings in a smoke-filled student-house bedroom, well-thumbed Nietzsche texts strewn around with a stagehand’s precision. Take it from one who learned slowly and painfully — repeated loops of ‘Ode to Misery’, strummed in C-minor on a clapped-out fender, is about as effective a knickers-loosener as admitting a fondness for Goebbels.

Amongst my friends, a more common wooing faux pas was a reliance on the bottle. A fact of life: Whether it’s builders brawling over painted hags outside a pub, or polo-playing toffs singing Monty Python songs to auction-house heiresses with their pants over their heads, drunkenness, to the watchful female eye, is downright unappealing. Another close pal, ordinarily a fount of congeniality, used to overcome his nervousness around girls by humiliating all men present with his admittedly razor-sharp wit. Female reactions ran the gamut from indifference to repulsion.

Happily, our younger new competitors aren’t doing much better than we did. Has Gen Y exploited the advantage in the arena of courtship provided by technological advances? In short: no. A younger man is far more likely to ask a girl out via SMS (completely unacceptable, unless he’s replying to a “sxy fun 2nite?” junk text). And what of emoticons? Unless you are a four-year-old, that little red, round-faced fellow on your mobile has no place in the art of courtship. Similarly, emails — to either gender, in fact — should be written with the same coherent, punctuated prose as people traditionally expect on paper. It’s a message, not the title of a Prince track.

Only the fledging pants man will fret over how long to leave it before calling her after a first date (48 hours: halve it if you slept together, double it if you didn’t get to first base). A younger man is far less likely to open doors for females or walk on the road-side of the pavement when on a date, and far more likely to openly discuss between-the-sheets details with mates — crass, disrespectful and undignified, even if the victim is of the dissolute type doing the same with her friends. When unenlightened peers angle for this kind of talk, the true man of age and guile’s response is to draw tall and decline comment without undermining said peer’s sense of camaraderie. “I don’t kiss and tell,” or words to that effect.

"Whether it’s builders brawling over painted hags outside a pub, or polo-playing toffs singing Monty Python songs to auction-house heiresses with their pants over their heads, drunkenness, to the watchful female eye, is downright unappealing."

With age comes intuition — with which comes the ability to judge things like whether a post-date ‘coffee’ is an euphemism for ‘sex’ (the only thumb rule that exists for this is, yes, if she suggested it: unless she lives with her parents). Similarly, an older man will have a more profound hunch when it comes to matters like how much to flash the cash, lay on the compliments, or assess an individual woman’s preferred role as talker or listener.

More astute readers will have noticed that our sarong-clad friend at the barbecue went home alone. The brutal truth is, while the guy had clearly harnessed the healthy bravado that comes with age, he was a tad lacking when it came to the ‘guile’ part of the axiom he had made central to his plan of attack. Like an excitable poker player who cannot hide the four aces in his hand, he quickly alerted all men present to the fact that he was on the prowl, raising suspicions and peacock feathers throughout the room.

Similarly, he laid bare his wicked aims for all the women present to see. And, instead of selecting his prey, he barraged the female contingent en masse — the courting equivalent of a trawling net. Finally, he should have paid attention to the Golden Rule which American entrepreneur and seduction guru David DeAngelo illustrates with the story of Old Bull and Young Bull: these two randy creatures are standing on a hill, ogling the bovine crumpet down below, when Young Bull says to Old Bull, “Hey, let’s run down there and have sex with one of those cows.” The wilier Old Bull slowly turns to Young Bull and says, “No, let’s walk down there, and have sex with all of them.” The moral, of course, is that haste pulls the brakes on sexual conquest, implying, as it does, neediness. And, as Seinfeld’s George Costanza once put it, “Women don’t wanna see need. They want a take-charge guy — a colonel, a kaiser, a tsar.”

The incorrigible rake whose tale of conquest kicks off this very treatise — the guy who got, or rather kept, the girl — stayed with said girl, and went on to embrace the benefits of age and guile within a monogamous relationship. He is now, incidentally, ed-in-chief of the magazine you’re reading.

As for those still playing the field at a riper age, embrace ageing with dignity and sophistication; go forth and expose younger men for what they so often are — children in men’s bodies, their bandanas, fresh tattoos and infantile bravado mere stucco over the concrete and breeze block of their souls. And if you ever feel slightly intimidated by the rippling flesh and fresh-faced breeziness of some young Adonis, just remember that whoever coined the phrase “Life begins at 40” probably did so while licking caviar off the bronze, lean stomach of a Colombian supermodel.