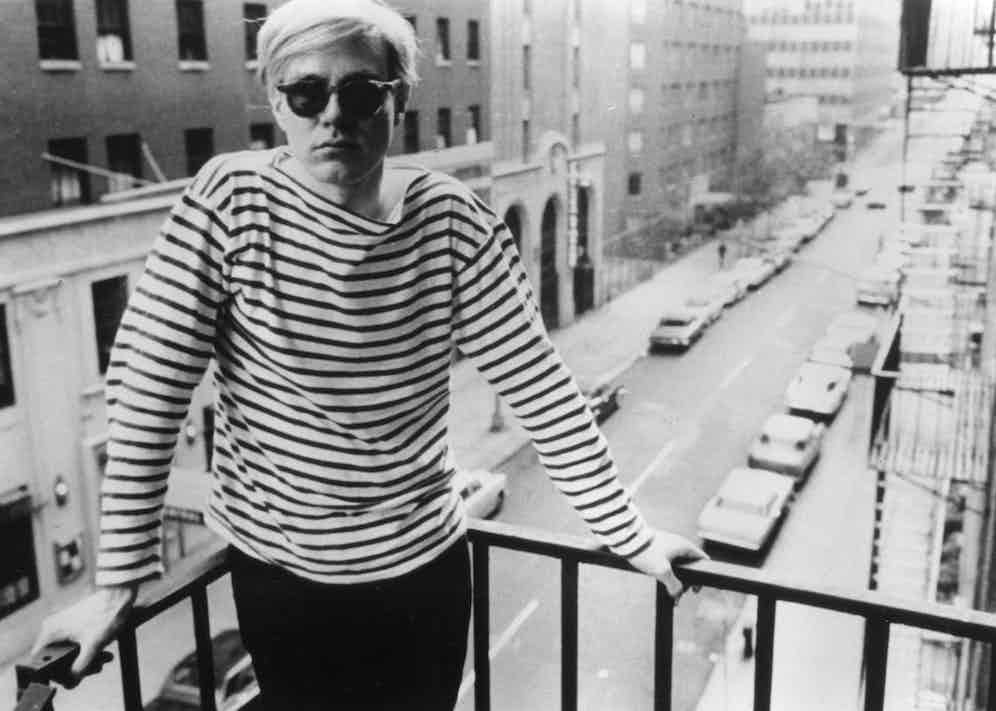 Andy Warhol had a penchant for watches that was well documented, with the pop artist wearing everything from an Elgin pocket watch to a woman’s Rolex. But the 1980s saw Warhol go pro’ with his interest, designing the Times/5 in collaboration with Movado. The watch in question was the first in what is now an established part of Movado’s general collection: its Artist Series.

The foundations for the Times/5 were laid in 1983 when Warhol’s friend Gedalio Grinberg (founder and then chairman of Movado Group and also a keen art collector) approached him with the idea of producing a timepiece in conjunction with the brand. The Movado was to be Warhol’s only foray into watch design – released in 1988, a year after his death, as a limited edition of 250 pieces. The wristwatch/jewellery hybrid is made of blackened stainless steel and comprises five independent timepieces, each with its own quartz movement and unique dial, linked together to form a bracelet. 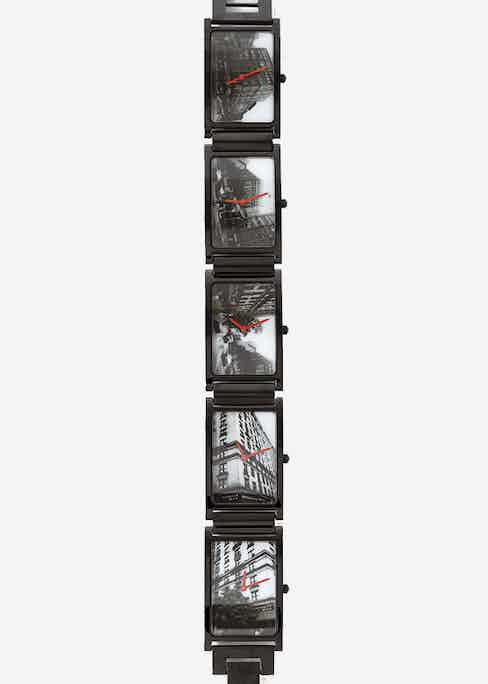 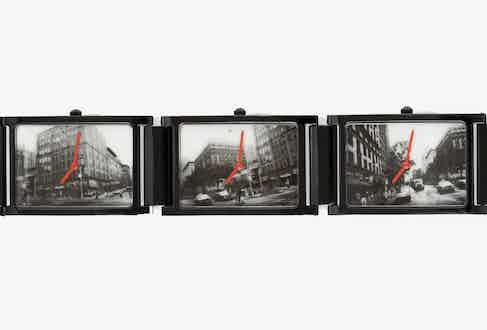 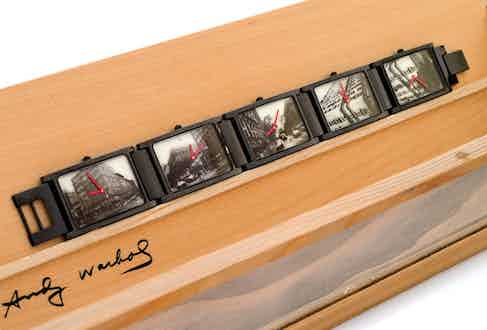 Photography was a medium Warhol used extensively at this point in his career and for the Times/5’s dials the Studio 54 regular drew inspiration from photographic contact sheets. Each of the five dials features a different black and white photograph of landmark Manhattan buildings, all with their own personal connection to Warhol.

At the time of Warhol’s death the Times/5 had not been completed, he also had not formally selected the final photographs to be used. However, six weeks before he died, Drella – as he was known among his “Superstars” – discussed with Grinberg what he envisaged for the dials, showing him some of the photographs he intended to use. Fortuitously, the artist’s final selection of images was found in an envelope soon after his death. 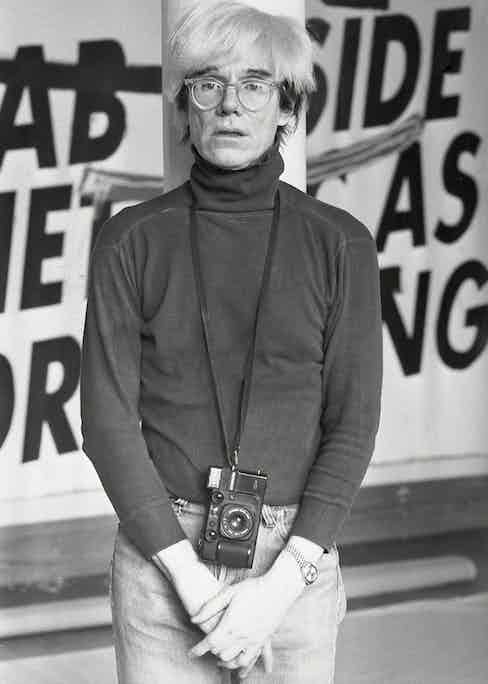 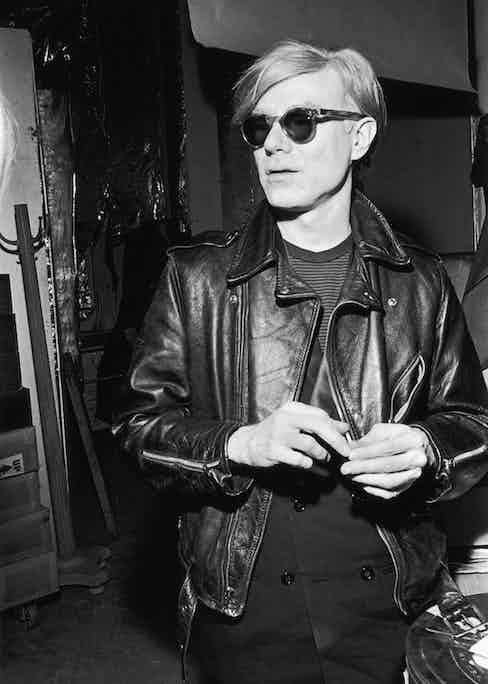 Vincent Fremont, director of Warhol’s studio, and Theresa Morello, Warhol’s photographic printmaker, continued work on the watch, completing the project on his behalf. Morello says of the venture: “He thought about and worked on this for a long time… He wanted it to be special… I think he would be very pleased with what came out.”

Renowned antique and vintage watch dealer George Somlo regards the result of Movado and Warhol’s collaboration as a piece that is “undervalued and has a high potential for appreciation [as] anything attached to the name of Andy Warhol seems to have an enormous value.” Although rare, Times/5s come to market surprisingly frequently; rather like the great man’s paintings. At the time this article was first published in Revolution UK7 (September 2015), Somlo Antiques in London’s Burlington Arcade had one for sale priced at £14,000. 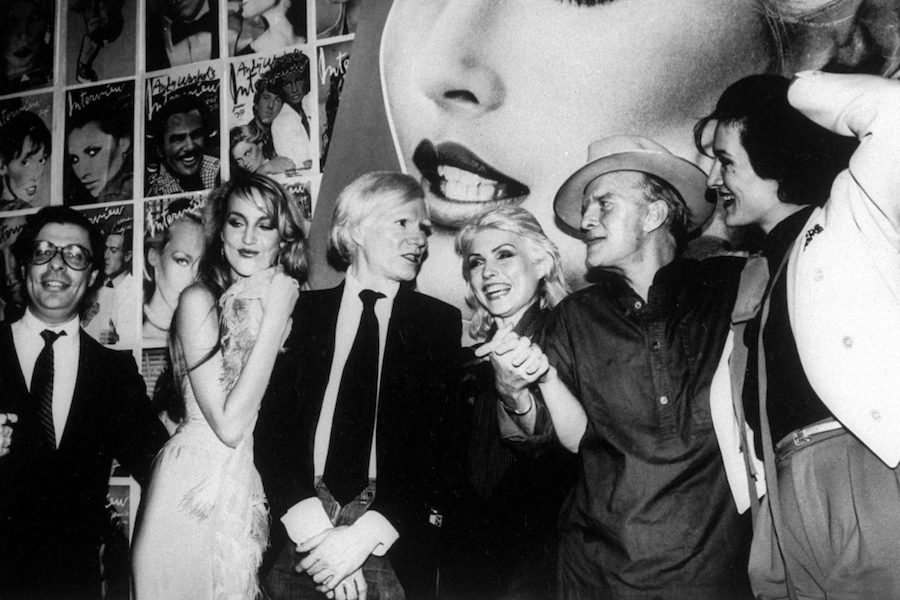