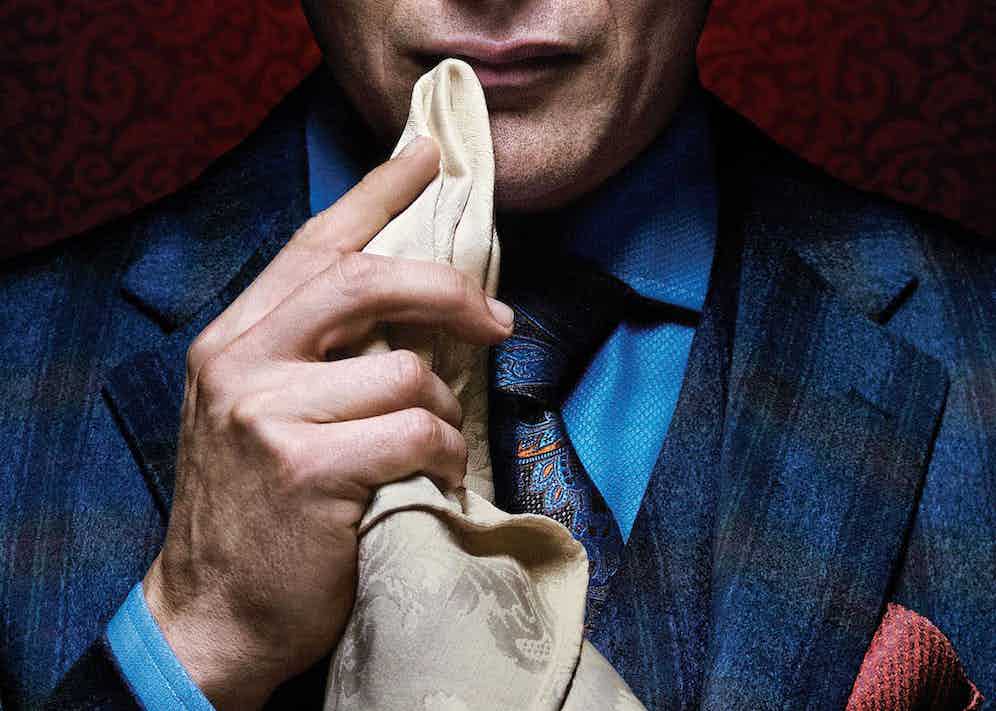 The Polmard Eleveur Boucher butcher shop in Paris has developed a painstaking method for “hibernating” beef, which involves 15 years of aging that makes the flesh in question caress one’s tastebuds like it were shaved from a young Matsusaka calf and gently braised on the shoulder of the holy spirit. Japanese chefs famously undergo two years of training before being allowed to surgically remove the toxic liver deposits from Puffer fish.

Call me obtuse, but no one will ever go to such elaborate efforts to make Quorn a mouth-watering delicacy. No avant-garde foodie will ever sweetentheir fig and oak-leaf smoothie witha dab ofRoyal Jelly, use matsutake mushrooms marinated in Armand de Brignac as a lamb substitute in Shepherd’s pie, or otherwise do anything even vaguely extravagant, indulgent, profligate or even potentially lethal when it comes to vegetarian food. And the simple reason for this is, animal flesh is an inherently more sybaritic joy than any non-hallucinogenic plant-based matter will ever be.

Yes, we all know the arguments against it: but the wiser among us know the counter-arguments, too. Yes, factory farming can be cruel - but consuming anything but humanely-farmed meat is a crime against sophistication as well as animal welfare. Yes, true omnivores do not have any sweat glands, while modern sedentary humans excrete the same saline film walking to the water cooler than his much fitter ancestors did pursuing bison – however, we also pant to cool down, which is the hallmark of a carnivore. Yes, with some effort, we can get all the dietary stuff we need from vegetables and protein substitutes - however, there’s much more to food consumption than the biological mechanics of nutrition and energy, and quinoa looks and tastes like silica gel.

"Animal flesh is an inherently more sybaritic joy than any non-hallucinogenic plant-based matter will ever be."

It’s harder, admittedly, to contest the carbon footprint argument - livestock farming produces from 20 per cent to 50 per cent of all man-made greenhouse gas emissions – but it’s top-draw, occasional meat indulgence I’m advocating here, and besides, I don’t see even the more militant bearers of the anti-meat flag spurning aviation or central heating.

The anti-meat lobby does have some decent arguments on its side, yet often seems too toothless, cerebrally speaking, to employ them properly: hence sentimental anthropomorphism and those silly anecdotes they invent about KFC using tube-fed mutant chickens: woeful straw-clutching, in an attempt to emotionally blackmail humanity into eliminating a habit which, the fossil record shows, goes back about 2.5 million years. Vegetarianism, conversely, has much more recent origins, in the oppressive realms of religious abstinence, primitive medicine and the kind of Eastern philosophies hijacked by new-age cultists who would put dreamcatchers and crystals, along with lentils, in their hessian save-the-world kit-bags.

Whereas self-restraint for the sake of moral equity is psychologically indulgent, eating meat is indulgent in a blissful, epicurean sense: or perhaps John Cleese put it better – “If God did not intend for us to eat animals, then why did he make them out of meat?”