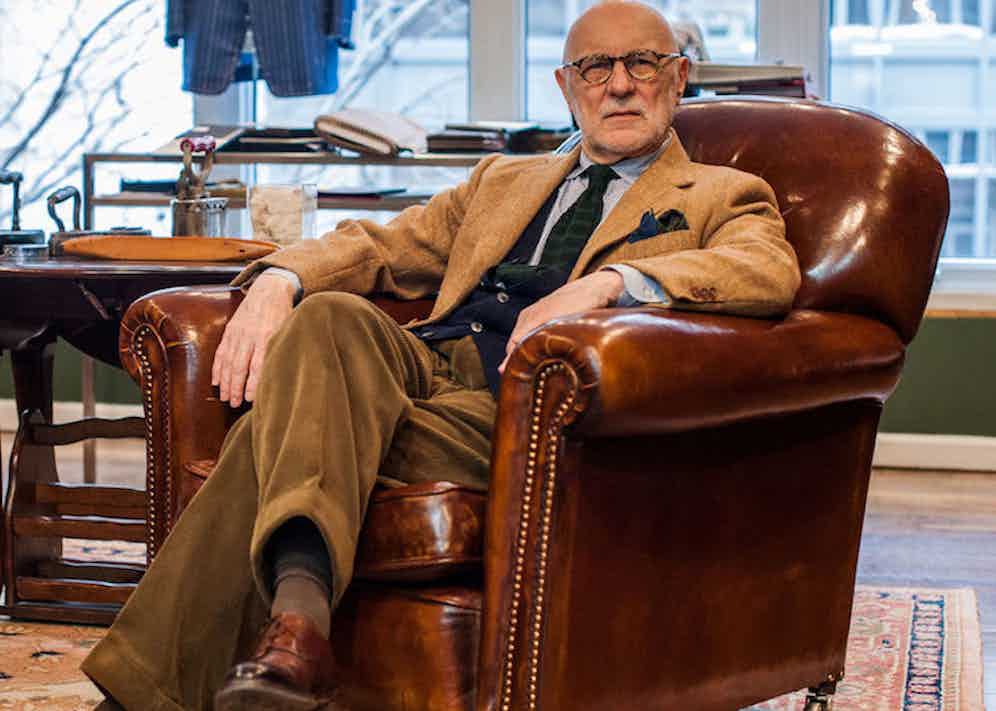 Though few are privy to the provenance of that enigmatic first initial, many in the #menswear world hazard a guess that the G stands for God. That’s how respected — nay, revered — G. Bruce Boyer is within sartorial circles.

The fashion editor at Town & Country, GQ and Esquire magazines in the 1970s and ’80s, in 1985 Bruce published what remains a canonical work (the bible, really) insofar as men’s style instruction goes: ELEGANCE, A Guide to Quality in Menswear. Upon its release, the Washington Post review proclaimed, “(Boyer) is a small-d democrat who believes that anyone can wear clothes well, and he is much less interested in setting forth rigid rules than in providing a large amount of information to help the reader make knowledgeable choices.”

We’re delighted that the writer (one of the most articulate yours truly has ever had the pleasure of editing — not that his work ever actually requires the red pen to be uncapped) has deigned to do much the same here.An incisive summation of a lifetime’s men’s style expertise, deserving of inscription in stone for posterity, these are Bruce Almighty’s 10 Menswear Commandments.

1) The Chinese proverb says buy the best and you only cry once. Quality clothes are durable and always in style. Buy the best you can afford and maintain it. Don’t let your wife or girlfriend throw your clothes away. Real luxury is the comprehension of quality.

2)You may have noticed that athletic clothes actually have the ironic result of making many people appear less athletic than they would in almost any other sort of dress.

4)Anyone who has the money can buy fashion any time. Style you have to learn and earn. It develops and refines itself. You won’t find it in the shop window, or simply by knowing the trendy labels.

5)There’s a relatively new phenomenon – you can check this on all of those “stylish” blog sites – of men dressing as though it were a blood sport, a competition rather than a celebration. They wear their clothes as though they were weapons, and thus almost never look comfortable in what they’ve got on.

6)People talk about how clothes should fit, but fit is a nonsensical concept. Good tailors are not after fit, but effect. And effect means proportion. The idea is to help your figure, not to reproduce it.

7)Never look dressed up, always look as though you just threw it on … even if it takes some time and effort. As a keen anthropologist of the posh, I can tell you that the best dressers look like they live in their clothes.

8)There is no such thing as one size fits all.

9)As a brothel keeper once told me, there are no tricks, there are only enthusiasms.

10)Some people think clothes aren’t important, while others think they’re everything. In my writing and in my wardrobe I’ve tried to walk that fine line between those two extremes. A good suit is not a cure for cancer or global warming, but it is important to present yourself with confidence. It may be superficial, but we must leave the deeper aspects of our souls to priests, psychiatrists, and late night reflections.