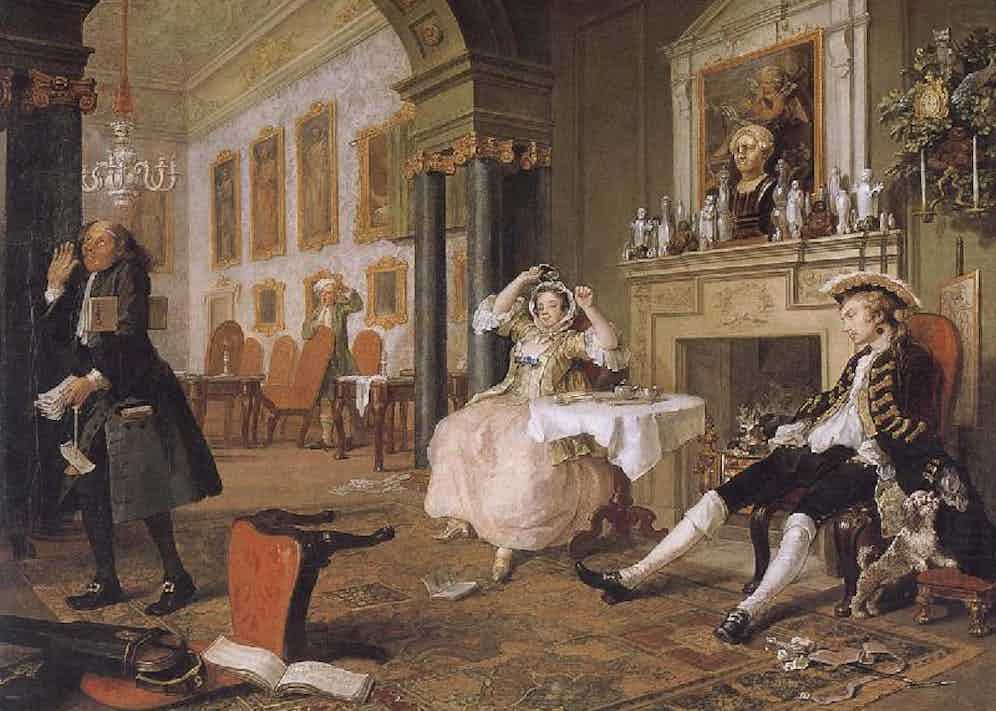 I was brought up in a suppurating boil on the eastern rump of London: a suburban blob of dark cultural matter in which men who don’t support West Ham get their heads nailed to fruit machines, and women whose faces haven’t been marinated in Tango are presumed to have a congenital disorder. My accent was ground and whetted in the rain-soaked playgrounds of Romford – a place where cockney’s brutal elegance has been smelted and spliced into the caustic phonemes of mockney.

So when I entered the mileau of upper echelon men’s magazines, I must have seemed a little ex situ to many of my vocally refined new colleagues and peers, most of whom had entered the work force - via ‘gap yah’ – following a decade-and-half of ego-stoking refinement at the kind of Hogwartsian institutions which view alumni with successful publishing careers as dropouts.

That’s not to say my double-barelled new colleagues showed an iota of snobbery towards me – most magazine professionals, in my experience, have chosen to apply their above-average worldliness and nous to a career which will never make them wealthy, and are therefore unlikely to be social Darwinists. I cannot recommend any profession higher, in terms of meeting life-enrichingly open-minded, kindly people.

But class conditioning is a powerful force, and I did feel a little bit self-conscious, under-entitled – a bit of a fraud, really - when I found myself washing down the €60 lobster club sandwich with 50-year-old Château Lafite at Paris’s most expensive hotel, tearing up the tarmac of Southern Spain in a Bentley Continental GT, having my pores pickled in Tahitian plunge pools, getting tickled by the tape measures of Savile Row’s finest and being whisked around the Chilean Andes in a helicopter while sipping upmarket whisky with Bolivian models. All of this, without ever putting a hand in my own chronically shallow pocket.

My way of handling this fish-out-of-water scenario went through phases. At first, I tried to assimilate via emulation, hammering away at my vowel sounds in an attempt to sound less like one Kray twin impersonating Jamie Oliver impersonating the other Kray twin. Once the futility of this approach became apparent, I steered far too hard the other way and wore my background a little too affectedly on my sleeve. Applying the common touch to all that the insanely wealthy hold sacred, I started referring to priceless wine as “a smashing drop”, addressing luxury big cheeses as “mate” and pronouncing "canapés" with two syllables. I’d spout my indifference to spoils of wealth such as degustation menus - holy communion at the Church Of Extravagance – with bloated gusto. “There’s nuffink like a splat of bacon-infused foam with a squirt of cashew confit,” I’d brag to colleagues, “to have me pining for a shepherd’s pie dahn the Harvester.”

"I started referring to priceless wine as “a smashing drop”, addressing luxury big cheeses as “mate” and pronouncing "canapés" with two syllables"

Eventually, though, after a couple of years of clumsy trial and pitiful error, reality hit me round the head like a big slab of wagyu: the best way to blend into my alien setting, clearly, was to embrace the most common two-word phrase in self-help history – ‘Be Yourself’. OK, a slightly confected, more erudite version, perhaps. I started trying to speak as articulately and eloquently as possible in my natural estuary brogue, drawing welcome comparisons to Timonth Spall’s depiction of J. M. W. Turner and less welcome ones with Russell Brand. I tried as much as possible to apply a critical eye to life’s fineries that was prejudiced neither positively or negatively by how expensive they are. Candour, dignity and self-assurance became my existential triumvirate.

Since then, being a gate-crasher at the Palace of the Prosperous has remained a source of endless middle class non-problems. Thanks to all the nights in top-grade hotels – yup, I know how smug it sounds - my own bathtub feels like claustrophobic pocelein frottage. My thumbs still dance and twitch over non-existent controls on the steering wheel of my eight-year-old Citroen when I want to change the music volume. Opening my own fridge having returned from a lavishly well-fed press trip calls to mind the final lingering note on The Beatles’ A Day In The Life.

But I’ve also learned a wealth of sartorial nuance and trickery, and to “walk with hedgefund managers, nor lose the common touch,” as a modern day Rudyard Kipling might put it. I can confidently discuss European versus South American terroir with oligarchs on yachts one day, then whether Andy Carrol should be in the mix with ‘Arry Kane and Jamie Vardy in the fackin’ Euros the next.

My discernment about things which actually matter, I like to think, has remained intact. I would sooner donate my spine to neurological research than swap my squishy, eyelid-drooping sofa for a misshapen chair designed by a Danish minimalist, for example. Can a man wanting to recline in front of a Preston Sturges box set without first anaesthetising himself with Nurofen really make him a Philistine?

Whether or not my integrity has also remained intact is best judged by those who know me best – this piece, worryingly, being a factor. As for that rough estruary brogue, that’s something I’ll take to my pauper’s grave wearing my favourite Gieves & Hawkes suit – with a naff Tottenham Hotspur keyring tucked into its breast pocket, naturally.