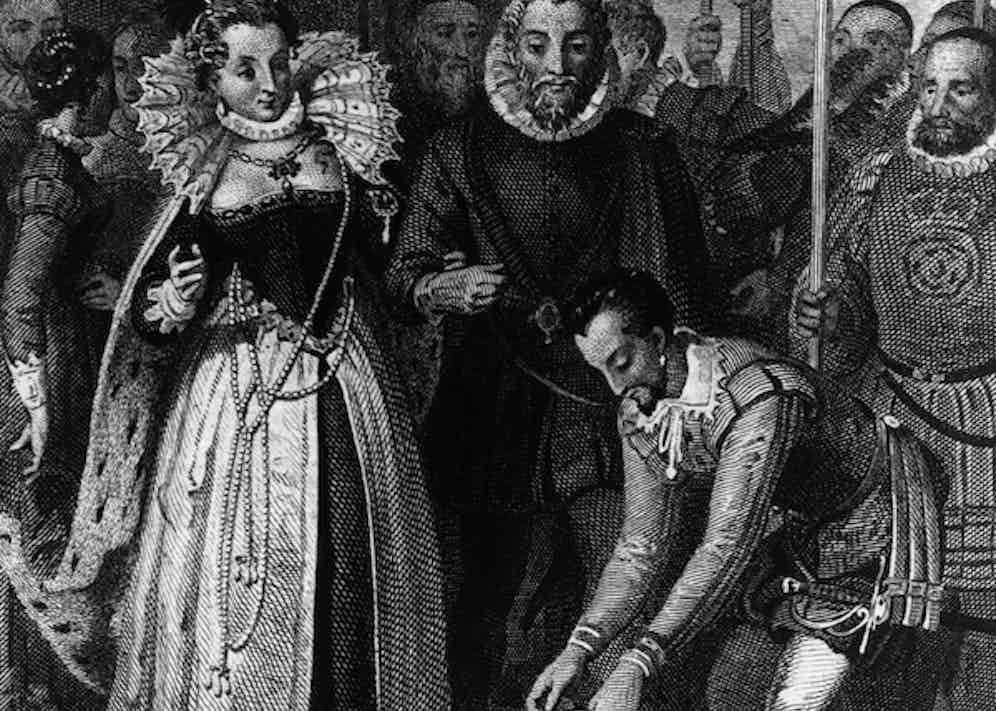 When William of Wykeham, then- Chancellor of England, decreed in the 14th century that 'Manners maketh man' would be the perfect motto for Winchester College, he probably had an inkling his pithy aphorism would remain pertinent for centuries to come. And the wily wordsmith would have been right.

Proper decorum remains today the personification of masculinity at its least boorish; from Wykeham himself through to Cary Grant and George Clooney, via the likes of Giovanni della Casa - the 16th- century poet and author of the treatise on manners, Il Galateo - the social situations a man confronts daily may have changed over the years, but the basic tenets of gracious behaviour are set in stone.

Not that human advancement hasn't abraded the edifice of etiquette over time. Indeed, our recent relentless techno-cultural advance sometimes seems to resemble the proverbial hare in the censorious fable, rushing ahead too fast for the sociological tortoise to keep up: What becomes of a self-respecting gent's natural penchant for elegant diction, when all around are 'try'n 2 trsh it' asap? Is a thank-you note stripped of its sincerity and impact when clicked to the recipient down a wire?

And what of cultural developments such as feminism and the blurring of lines between classes? The quandaries thrown up by these will be dealt with as this series on gentlemen's conduct goes on. Meanwhile, it seems appropriate - as a reminder for those who need it, and simply for the sake of celebration for those who don't - to raise a toast to the five timeless Pillars of Gentlemen's Etiquette.

This is an abstract, intangible beast. Il Galateo author Giovanni della Casa had clearly worked out that some men are impervious to the notion of grace when he advised, 'After you're done blowing your nose, don't open your handkerchief and look in it, as if expecting pearls or rubies to have cascaded into it from your brain.'

Scrutinising a soiled tissue is a fairly obvious faux pas for modern men, just as holding a knife and fork incorrectly makes one resemble a ravenous caveman attacking mammoth flesh. But some of the subtler nuances of grace are more elusive - and all self-respecting gentlemen owe it to themselves to instil these into their behavioural programming. We're talking about subtleties such as the warm smile that accompanies a firm handshake; the straightening of cutlery at the end of a meal; and the adoption of a posture, in any social situation, that is alert and yet relaxed.

Della Casa has lots to say about a man's individual dignity in a court-holding scenario. 'If you're going to tell a story, make sure you've got it straight in your head beforehand, and don't torture the listeners with irrelevant details,' he says and adds, 'Don't laugh like an imbecile at your own jokes.'

But there is also the dignity of others to think about here: under this falls not interrupting speakers, listening carefully to what others have to say and treating their opinions seriously, however outlandish they may be.

At its best, dignity, like respect, has a symbiotic social effect. How dignified an act of selfless social lubrication is the common garden introduction? And how corrosive it is to the social cachet of all involved when a host fails to formally (but not too formally) harvest connections between the socially unacquainted at a gathering. Gentlemen, in fact, should jump at the opportunity to introduce people to each other - it's an opportunity to display poise, wit and confidence, while doing a service to those in your company. What could be more timeless?

Executed confidently and correctly, respect is cross-pollinating. Staying at the dinner table until others have finished eating, for example, infects all present with an enriched sense of the communal aspect of dining together. It also reinforces the idea that the company of the more sluggish diners holds more appeal than a cigar and cognac - no one said manners need be 100-percent truth.

The cornerstone of respect is consideration for others. This dictates that, on the subway, we offer our seat to the elderly, frail and pregnant (for more on the knottier issue of the young, able- bodied and attractive, see the Pillar of Chivalry); hold doors open for the person walking behind us (whoever they are); withhold a sneeze at a film or concert until the noise is going to be drowned; and keep language acceptable to the most easily offended person present.

Elsewhere, it is respect for others that dictates we dress appropriately - whether it's for certain occasions or ceremonies (Mickey Mouse tie at a funeral, anyone?), or in day-to-day life (outside your own home, shirtlessness is only permissible in beach bars at resorts of a morally dubious nature).

However, one aspect of the Pillar of Respect - an otherwise timeless tenet of manners - that has changed in recent times relates to class. Whereas once it might have been acceptable to treat serving staff with a certain haughty indifference, to interact with a waiter as any less than an equal is, in this day and age, a blow to his dignity and, therefore, to yours.

Anyone who's sat through a multicourse meal at a wedding, with a sweat-soaked shirt clinging to the skin like silk molasses, wishing to God that the best man would take off his jacket so as to allow other men present to do so, has suffered, admirably, at the hands of ritualistic manners.

Yes, to the befuddlement of many, some articles of decorum simply exist by virtue of time-honoured convention. Often, these confounding rules come into play at the dinner table: for example, soup should be scooped in movements away from yourself; drinks must be served and taken away from the right; a knife must be used only to butter bread, not to cut it.

Just because these perplexing rules are an end unto themselves doesn't mean that they don't enrich society's spirit of community and co-operation, just like other acts of etiquette. Adherence, as ever, is imperative.

Would the 'women and children first' rule, had the Titanic sunk in 2008, have made way for 'every man for himself'? If Sir Walter Raleigh were to lay his cloak into a puddle before Queen Elizabeth I today, could the courtier and explorer expect to be slapped for being a sexist old goat?

How we treat the opposite sex is one of the foggier seas the contemporary man has to navigate. But the modern Renaissance man is not a fence dweller; conviction is paramount in these matters, and our experience is that today's eligible females largely appreciate favourable treatment.

With that in mind, essential musts apply: rise when a woman enters or leaves the room; fill ladies' glasses first (unless you are seated at a large table with many guests, in which case go around the table clockwise); stand up for a lady on a train, except when to do so would disturb other passengers.

As far as courtship goes, a man should walk to the right of a woman, unless beside a road, in which case he should put himself between the thoroughfare and his partner. At a restaurant, he should choose the wine himself, but after consultation with her. He should assume he's paying the bill, at least for the first few dates; if she consistently insists upon paying her share, he can assume his woo-pitching has failed - her shunning the evolutionary instinct for provision sends a pretty clear message.

Many of the tenets of Chivalry fall under the shadow of the other Pillars: insulting your partner or challenging her in front of friends undermines your respect for her, while bragging to friends about your amorous activities is a crass breach of your respect for her as an individual, and your own dignity.

How long to wait before calling after a first date? When does an invitation to her home become a green light to the boudoir? How to behave when a male insults a lady's honour, in an age where a cutlass clash on the lawn is no longer appropriate or legal?

All this and more, to come in the next instalment of The Rake's series on Gentlemen's Etiquette, devoted to the old quagmire of courtship. Till then, think of manners as an embellishment to one's own personal charms, and an oil to smooth the cogs of our social mechanics - all the more admirable for the fact that the only punishment for transgression is social disapproval. In short, think of manners as what Wykeham has hinted at seven centuries ago - the building blocks of a graceful masculinity.