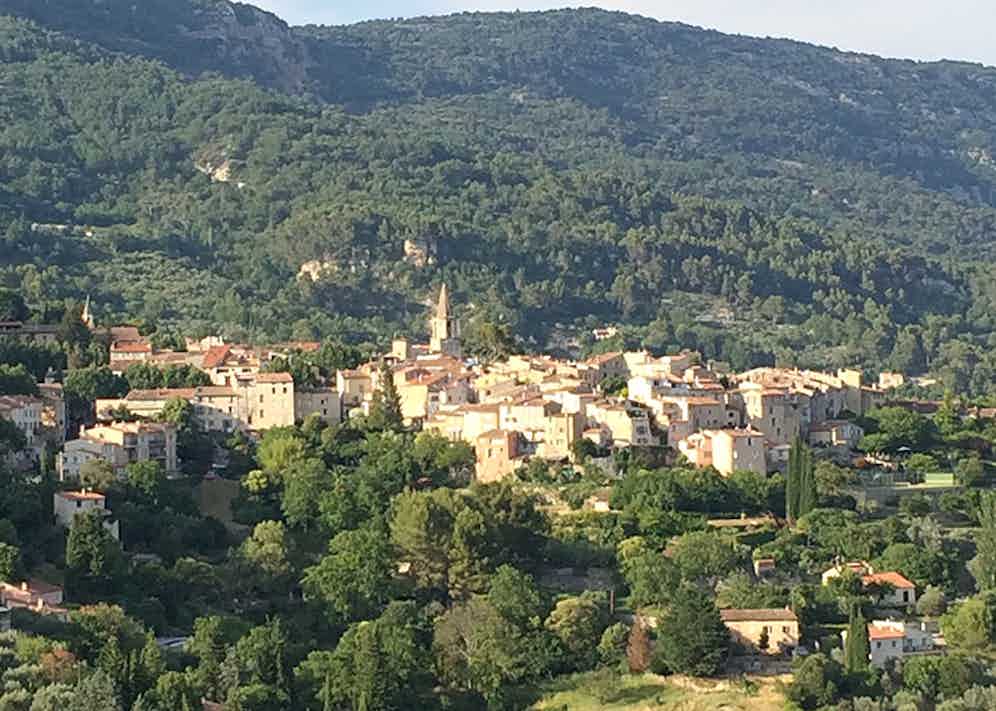 So the pieces are almost there, groomsmen, date and most importantly, the bride-to-be. The next move is coming to a decision on where this wedding is actually to be held.

Deciding on a venue may cause more problems than you might think, for two reasons, all the nice places know that they are and so charge a premium that borders on extortion, and all the rubbish places are, well, rubbish.

Traditionally, the venue is associated with the bride's childhood, so it will often be in her hometown or better still, her home. This should be respected, if she is to take your name she should absolutely be allowed to get married wherever it was that she came from. In my case, it was a small railway project in the United Kingdom called HS2 that would slice rapier-like through my beloved's garden that put the kibosh on that idea.

So, what to do? Well ideas were passed around for ideal London based venues that would work, but none of them really clicked. Then came the idea of her families house in Bargemon, a tiny medieval village on a hill slope in the south of France. Initially I, for people pleasing purposes, was reluctant to ask people to travel for a wedding. But, having done the rounds asking friends who had actually been there - whether it was the natural water spring to collect water from the Provençal vistas or the sandstone buildings - it was backed unanimously as the ideal option. I had also been to a friends wedding an hour or so away and a trip with friends over a weekend was an absolute blast. Most importantly, somewhere we can go back to visit. So Bargemon it is.

Bargemon is idyllic, it's about an hour and a half from Nice and Marseille by car, down the A8 and then up into the hills near Draguignan. The buildings have that gorgeously romantic scorched, crumbly faÃ§ade and the views are pretty spectacular. The image in this piece is the view from the house where the reception is to be held. The church is absolutely stunning, with aincent shrines to Joan of Arc and assorted Catholic demi-gods, high ceiling and ornamental altar. It is the perfect place to kick things off and perform the ceremony. To the agnostic/atheist, don't feel too dismissive too fast at the idea of a church. There are ways of having a non-denominational service, but, frankly, nothing really matches up to the majestic surroundings of a church. Town halls that do not bear the charm of an NHS waiting room are few and far between, and also think about the options for the photographer. 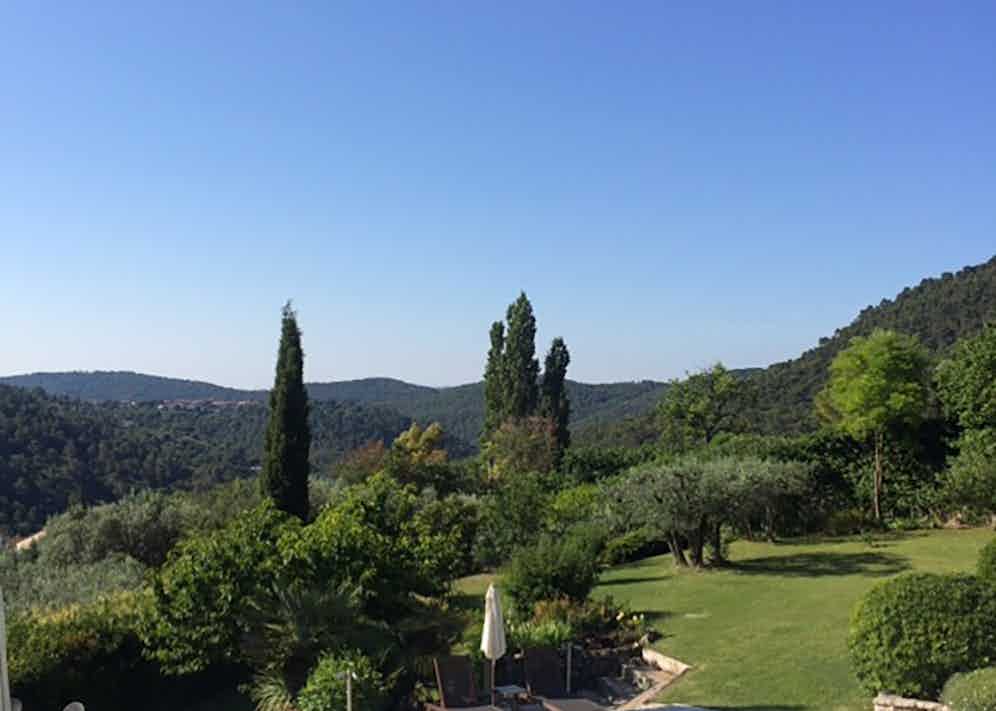 The great thing about having chosen a wedding venue is that you can begin to build the 'branding' of the wedding. This sounds remarkably corporate and a little inhumane, but actually I would recommend it. The reason being that when you send out the invitation, when you set up the website, when the guests arrive, and moss importantly, when they look back on it, a singular narrative is key to creating a consistent memory that is a reflection on you as a couple. It may sound like something that Katie Price (to our American cousins, think Sookie), might do, but actually if you have a shred of elegance, any tackiness can be avoided. This is also a good place for the men to get stuck in. Where you have ideas, where you feel strongly about something, the branding of the wedding is very much a coordinated effort where flowers for example may be somewhere you find yourself side-lined.

So to help with this, we recruited a member of my future wife's family to do this, who also happens to be a graphic designer. Pieter de Groot is his name, he is a gentle, Le Labo scented South African who calmly made the convincing argument for this branding. Trusting his instinct, he began by creating a logo that would top all invitations, menus, orders of service and so on. What is also important is that he listened to us as to what we wanted. Many artists and designers suffer from their own ego and temperament and are happy to riff away despite what the couple may have wanted. Pieter not only knows us so had a good feel for what we like, but as a designer, he is talented enough to be limited by our lack of imagination and create something special. 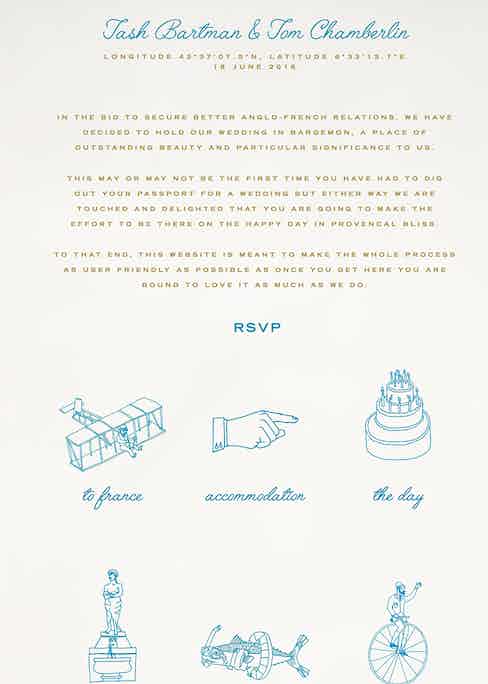 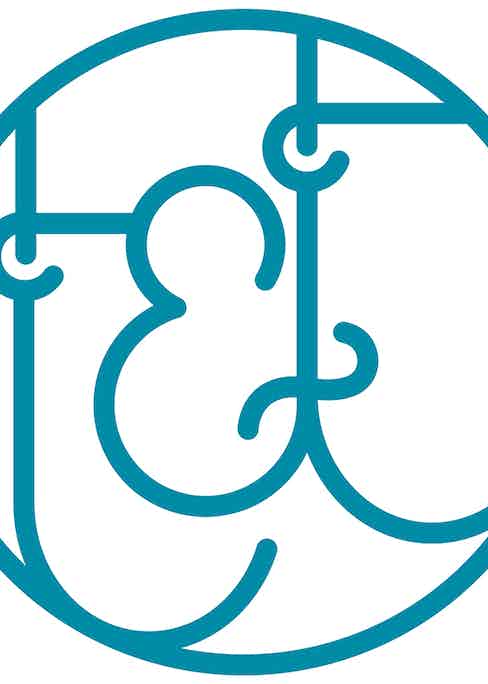 The different options took into account both us as a couple and also the iconic landmarks of Bargemon, the olive and cypress trees, the swimming pool etc. What we landed on was more simple, our initials (see image above). This has become a larger talking point with friends who have seen the invitation and the website and a very key centre point around which the different aspects of the wedding's aesthetic have come from. The colouring is the typical turquoise that is synonymous with southern France, Tash has a deep-rooted love for art deco.

So from the logo, the creative floodgates were opened and focus went online to the website. For a wedding abroad, a website is advisable, especially when you are going to be in the middle of nowhere it is very useful, if you want people to show up, to lend a hand. In this particular case a website was built to cover everything from accommodation, dress codes, the area, the itinerary, childcare and so on, each section represented by their own illustration by Damien Weighill. The designs shed any stiffness and formality that some weddings can have and replaces it with something altogether more irreverent, fun, relaxed and inviting.

Pieter's oversight on this has made this possible and we are most grateful. I would recommend using him should impending nuptials or any other design needs need to be fulfilled, www.pieterdegroot.com.