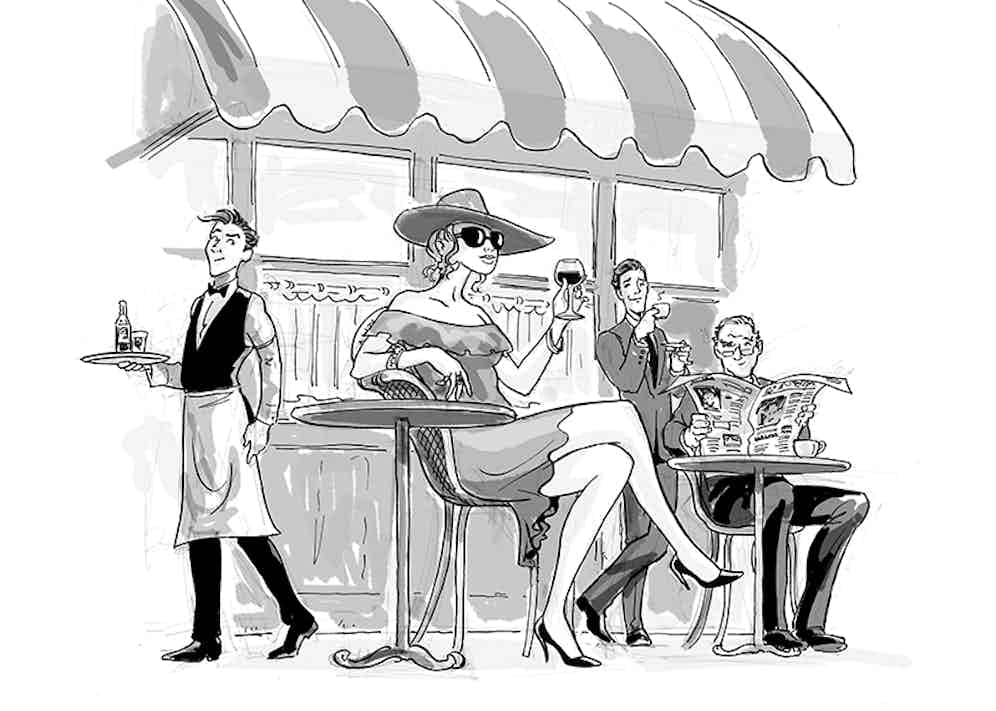 I was 15 years old when I met my first love. It was on the two-hour journey home from my all-girls high school. He had dirty blond hair that sat upon his head like an unbundled haystack, a complexion like butter, a crooked smile that made me giggle then blush, light blue eyes, and a speckling of freckles dotted across his face. He made me swoon. He wasn’t just attractive — he had it all. He drove! Yes, correct — a dirty silver Commodore. He was three years my senior and worked as a delivery boy unpacking crates from his truck. How utterly dreamy, right? At least, to an adolescent girl who lusted over school folders plastered with Nirvana and Edward Furlong images; a girl who longed to play Juliet to Leonardo DiCaprio’s Romeo. Back then, I can admit it, I was easily pleased.

Now fast forward to the present day. I recently bumped into Mr Commodore. Now that Dreamy-Blue-Eyes is in his 30s, was I still attracted to him? I want to say, “Yes, sure, why not?” But in all honesty, since that fateful train journey home and the subsequent relationship and break up with The One Who Wasn’t, a serious process has occurred within me — one that happens to women worldwide. The process of taste refinement. And, any man who wants to attract women who tick all the boxes — brains and benevolence, as well as beauty — really needs to understand that process.

Just as one swirls, sniffs, sips, aspirates and spits wine to determine whether it is compelling to their palate, a female must endure a process of ‘male tasting’ throughout her life to determine what she finds compelling in a partner. With wine, I have a penchant for Chenin Blanc, a white from the Loire Valley which is light on my palate; a little fruity but oily to balance, approachable and easily paired. It’s in complete opposition to a heavy, oaky Chardonnay which, despite being more complex in character, is far too creamy and buttery for me. I guess this reflects my taste in men.

I’ve always fancied a more mature drop (I have Dreamy-Blue-Eyes to thank for that). At 15, I was already developing a taste for an independent, ambitious man capable of supporting himself and therefore his lady. However, as I progressed through my teens and early-20s to my mid- to late-20s, I started to realise that the things that I had once placed at the top of my tasting notes were now found near the bottom — or not on my list at all.

In my teens and early 20s, I dabbled in the market of models, current and former, who had finally realised they needed a ‘proper job’. Staring deeply into the eyes of a hunk who looked like he’d just walked off an Abercrombie & Fitch shoot became a hobby. But the expiry date on those relationships came too quickly. I was maturing, travelling, studying and experiencing life at a fast rate and I wanted to find someone who could match me, teach me, challenge me — and also wear the pants and be a man.

As I hit my mid-20s, I began to date men who knew who they were — and had a pretty good idea of what they wanted. They were ambitious, well liked by their friends and colleagues, independent, intelligent, warm, kind and, above all, funny. By no means were my Chenin Blanc grapes the prettiest on the vine, but they left no acidic aftertaste on my palate. I realised I wanted more.

I wanted to meet my match. I found I was drawn to well-travelled, educated, ambitious, bright men who were not just academically intelligent, but — more importantly perhaps — emotionally intelligent. Relationships need to be dynamic, and that involves being with someone who has hobbies and interests that may be poles apart from your own — but which will lead you to trying things you’d never dreamt of... The most fulfilling relationships in my life have been with men that have constantly taught me new things, challenged me and made me want to strive to be a better, more successful person. I have learned that it’s not necessarily the guy with the stunningly angelic face and athletic build that is going to win me over — instead, it’s the educated, witty guy who has confidence, charisma and charm with a taste for the finer things in life that will steal my attention.

It took me a solid 13 years of sniffing the aromas of Irish Rorys, West-Australian Garths, Greek Antons and British Toms to finally narrow down my tasting notes. Now, having done so, I can assert that the man who can walk up to a woman with confidence (as opposed to cockiness), make her laugh and also make her think, whilst she feels at ease and beautiful at the same time is, to borrow the title of a rather cheesy rom-com, what women want.

From dry Rieslings, aromatic Gewürztraminers, soft Merlots to full-bodied Cabernet Sauvignons, the variety and varietals of men are unbounded. And I think most women who have reached the same stage of still-youthful maturity would agree: a woman, by that stage of her life, isn’t looking for the most beautiful, plump or juicy grape hanging from the vine. She is looking for the grape which, when crushed, provides a structure that is complex but not too full-bodied, an aroma that is delicate and fresh, and an intensity which is balanced and easily paired... With her, that is.