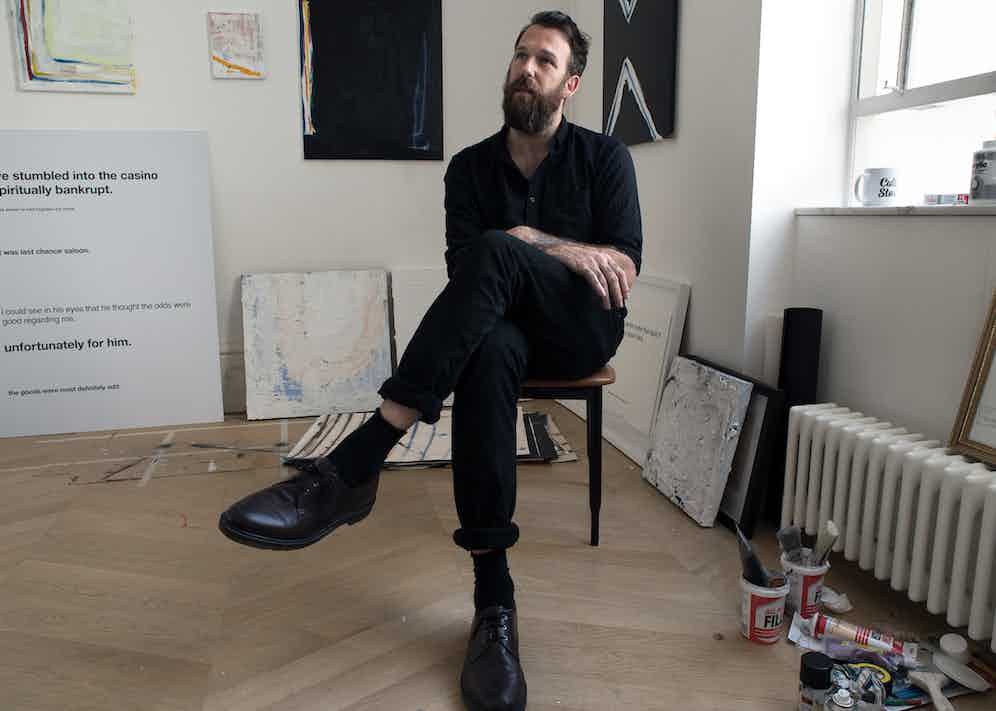 Adorned with tattoos, the British artist Richie Culver’s forearms are a testimony to past lovers, dead friends and the odd football team - for sentiment’s sake. Undoubtedly, his choice to express himself with ink reflects the fluidity with which Richie moves between mediums as a cutting-edge, contemporary artist. Overwhelmed by curiosity, the fashion photographer Will Milligan and I arrived at the artist’s Bayswater studio, to be met by the gentle rhythm of minimal techno music – indicative of Richie’s recent exodus from Berlin. At first, I feared he could be an impenetrable subject, but there was an undeniable warmth and sincerity to his character.

After a punishing few years in Berlin, the artist has cleaned up his lifestyle and now rises early, leaving his houseboat on the Thames to work between this West London studio and a larger space in East London to create works on a bigger scale. Although, Richie prefers to work in solitude, he sometimes visits other artists’ studios – though he’s careful not to be too influenced by their artwork. Of his generation of British artists, he particularly likes the work of, “Charming Baker, Danny Fox and Edie Peake as well as the American artist Nate Lowman.” And when asked about his galleries of choice, Richie divulged, “I like Sadie Coles, London as well as Peres Projects, Berlin which is by far my favourite gallery.”

The Yorkshireman grew up in Hull, where he worked on a caravan site as a teenager and got into photographing the people around him, drawing parallels between his own experiences and the iconic photographs of Larry Clark and Nan Goldin. Self-taught, Richie experimented with collaging his photographs, and then expanded to mediums such as painting. Always feeling somewhat under-educated, Richie never expected to be a literary figure. But as it has turned out, challenging extracts from his unfinished book Berlin Chronicleshave been adapted into poetic works of art and met with considerable praise. As a painter, Richie’s works have become progressively abstract bringing together different elements of his work as a multi-disciplinary artist. Amongst those high profile collectors supporting his work are Harry Blain of BlainSouthern gallery and the British singer Adele – not to mention the iconic Tate Modern gallery and inevitably the Soho House Group.

"Richie’s works have become progressively abstract bringing together different elements of his work as a multi-disciplinary artist."

One look at him and you’ll guess that Richie’s always been, “interested in fashion in many ways, I know more than I give myself credit for.” Given that his eponymous Topshop collaboration was met with critical acclaim in both fashion and art circles, this is unsurprising. In practice, Richie’s taste lies with designers like Raf Simons and the streetwear connoisseur Gosha Rubchinskiy. And when it comes to dressing himself, Richie captured his diverse approach to fashion, saying, “I have a beautiful suit by the Savile Row designer Adrien Sauvage, but I also find clothes at the local car boot sale in Hull – my mother’s there every weekend.” Although, Richie did also suggest that - in truth - “wearing all black and getting away with it is not a scientific process.”

In terms of his influences, Richie has always appreciated Brutalism as an aesthetic, describing how, “there’s something safe about Brutalist architecture like the Trellick Tower designed by Erno Goldfinger in the 1960’s, but also in reference to forms of combat like the ‘sweet science’ of boxing.” On that note, Richie flashed a glimpse of anarchic spirit in his admiration for the K Foundation, set up by Bill Drummond, which famously set out to Burn a Million Quid in Scotland, 1993. Richie also discussed the fact that social upheaval like the negative atmosphere post-Brexit as well as the pricing out of artists in London, “is making me think we need another punk movement.” Mournfully, he also spoke about the city losing the sense of freedom that it once represented, wondering “where the artists need to be moving to be able to afford to live.” After having lived in Spain, America, Germany and all over England, Richie now thinks that Lisbon could be the next escape. You’ll soon hear word of Richie’s planned exhibition opening in Portugal in 2017.

When our interview drew to a close, I felt as if I had only scratched the surface of this incredibly complex, but also open and engaging artist. I did at least walk away with a great appreciation for the narrative behind Richie’s work as well as his careful observations of contemporary culture. And as a veritable pogonophile (definition: an admirer of beards), I cannot fail to mention my appreciation for both his impeccable grooming and the collection of tattoos, which so complement his personal aesthetic. As for the development of his work, look out for Richie’s group show opening in Beirut, Lebanon this autumn as well as the word-based work, which he’ll be presenting when he returns to his roots to support Hull as European City of Culture in 2017. 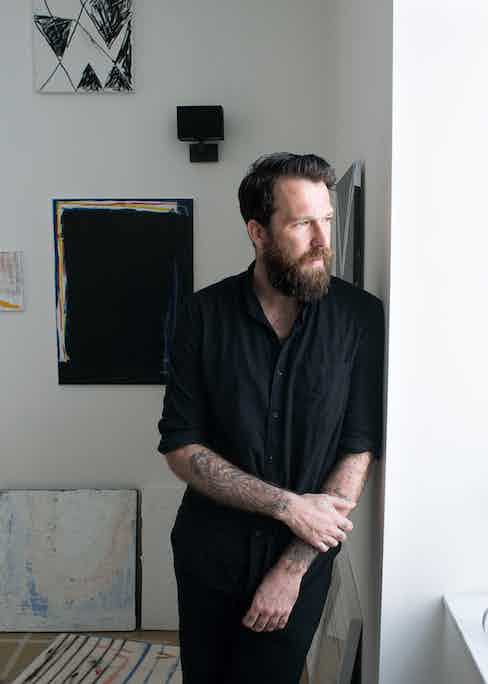 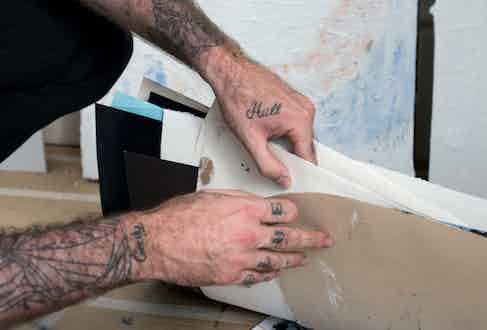 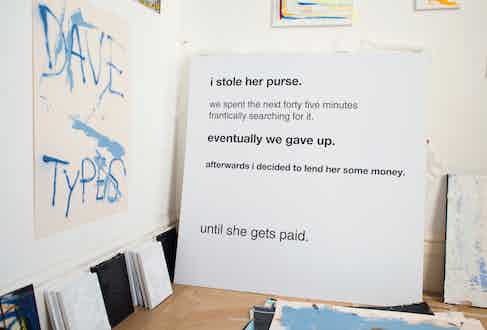 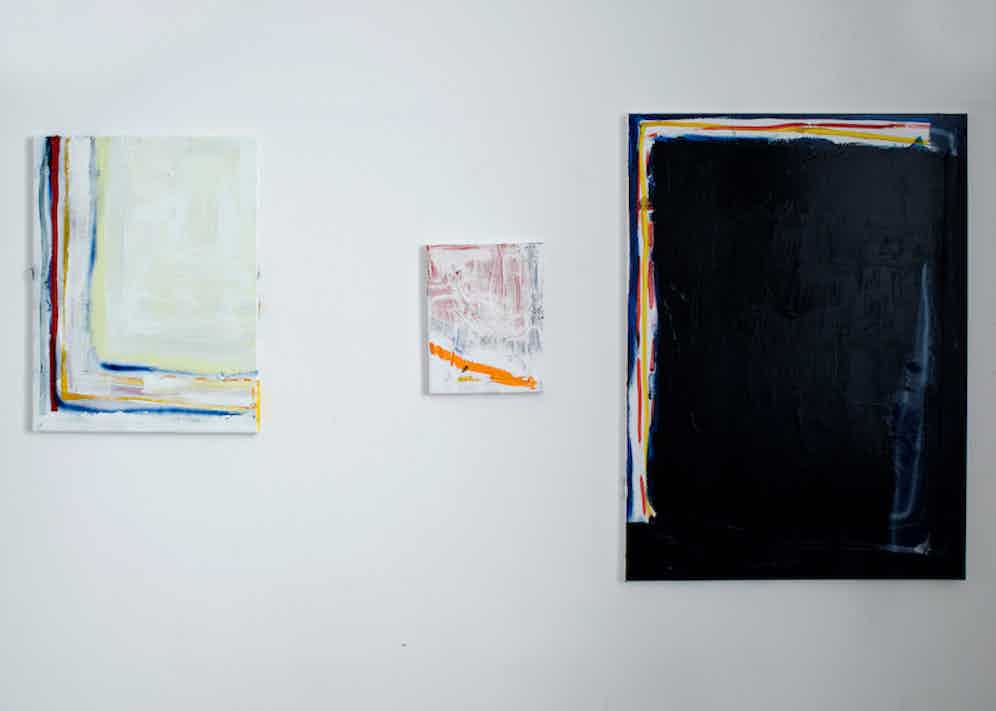 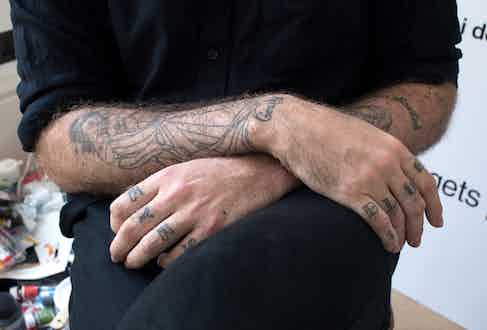 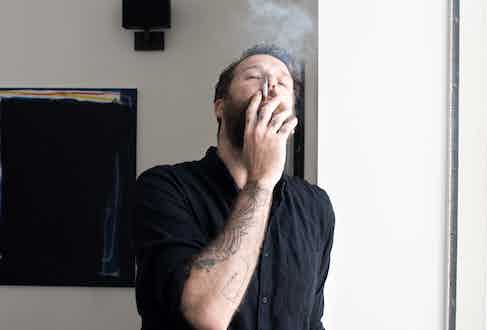 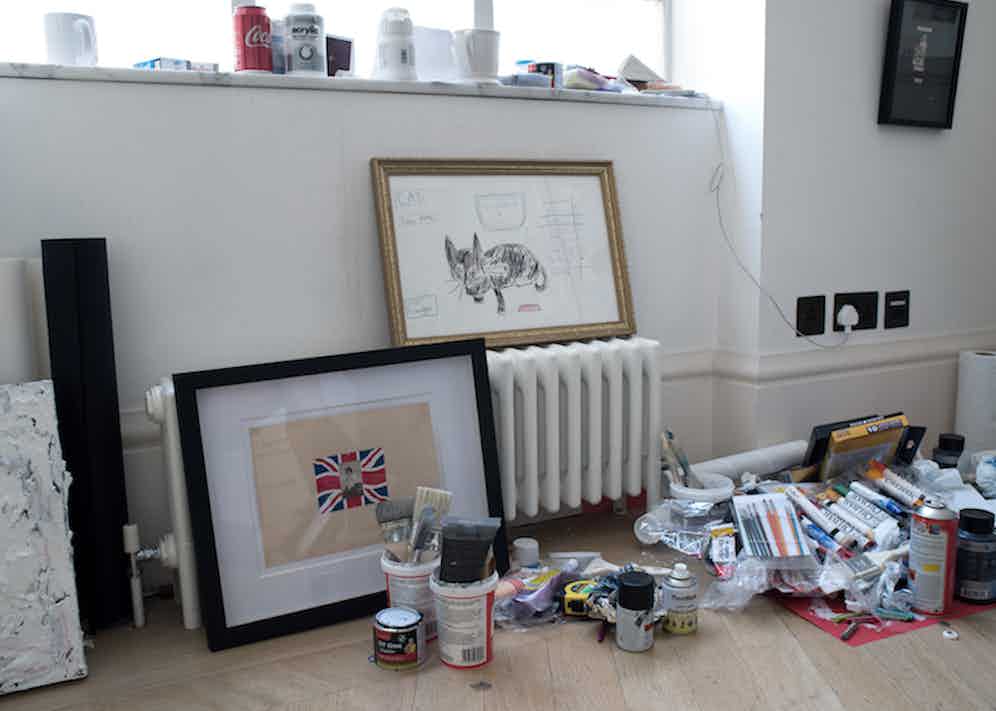 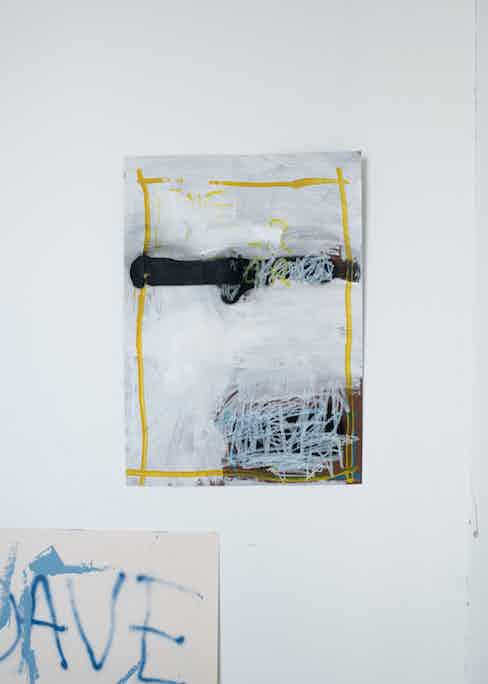 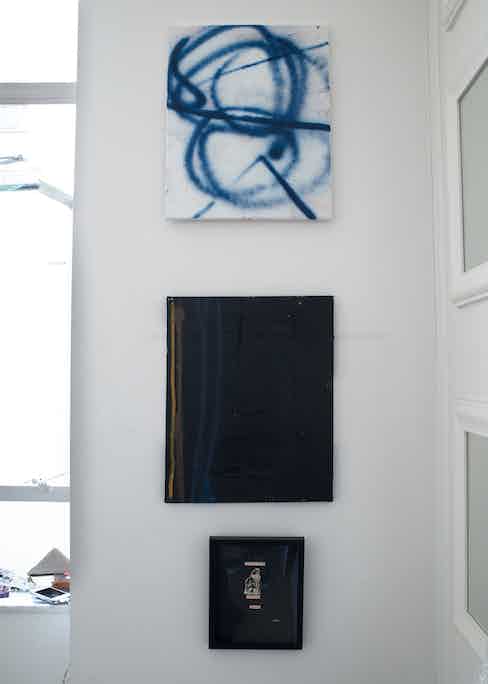