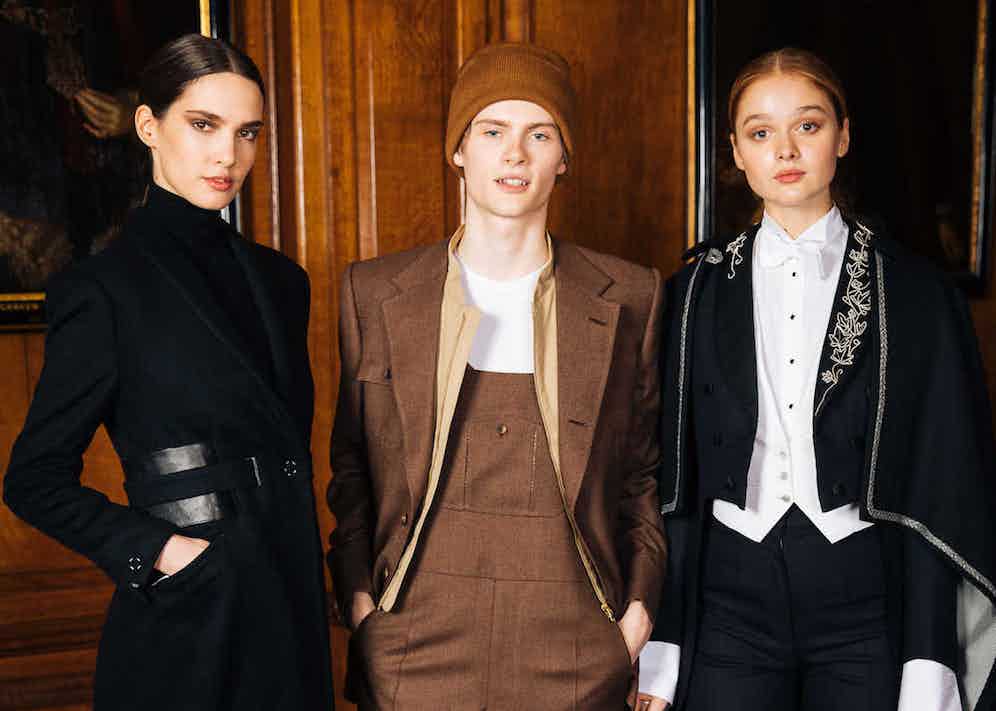 On Monday 20th March, the Merchant Taylor’s Hall in the City of London opened its doors to present what has been dubbed the ‘Oscars of tailoring’, the biennial Golden Shears Award ceremony.

A prestigious event in the tailoring world, the Golden Shears gives young craftsmen and women a rare chance to flex their tailoring muscles outside of the restraints of a cutting room. “I always wanted to enter the Golden Shears,” 2015’s winner Joe Holsgrove toldThe Rake. “It seemed only right to have something to aim for during long and difficult hours perfecting my craft.” Emily Squires (winner, 2013) couldn’t agree more. “I’d been itching to experiment with the skills I had been learning. It was a change to put them to the test in my own way and not to the specifications of a customer.”

The idea behind the competition, which sees upwards of 60 entrants every two years, is paradoxically one of unity. Yes, it’s a highly competitive standard that entrants work towards; yes, there are winners and there are those who go home empty handed, but the win/lose element actually has little to do with it. The Golden Shears brings together some of the most talented young tailors – be they apprentices or college students – and the diplomatic approach encourages participants from all walks of life and backgrounds, offering them the opportunity to show the industry what they’re capable of. This year’s winner Riki Brockman, an apprentice at Gieves & Hawkes, was nothing if not humbled by the strength of the competition. “It’s such an honour to even be in the same category,” he toldThe Rakefollowing his success on the night, still looking more than a little shell-shocked. “As far as I’m concerned, everyone in there is a winner. It’s thehardestthing to do, to find the time to do this - it’s weekends, evenings, mornings of hard work.” His winning look consisted of workwear-inspired dungarees with a single breasted jacket, proof that the next generation of tailors is taking the craft in a new – and exciting – direction. 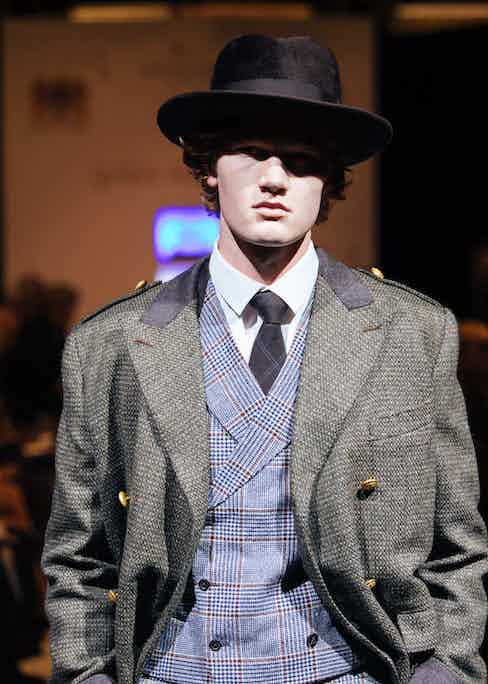 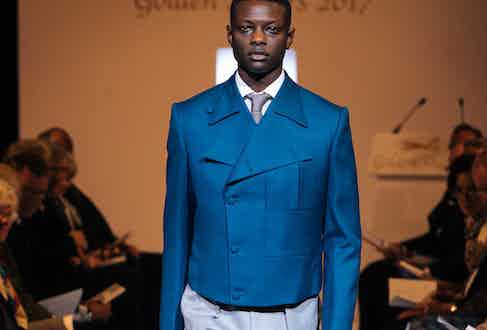 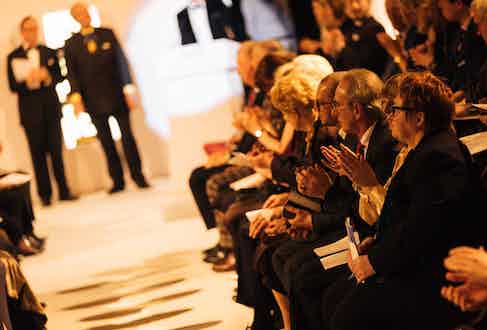 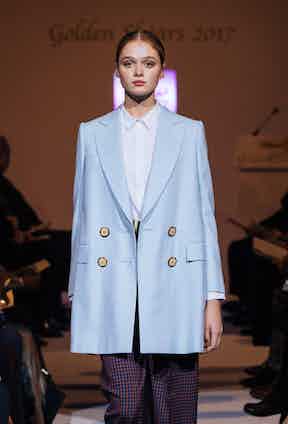 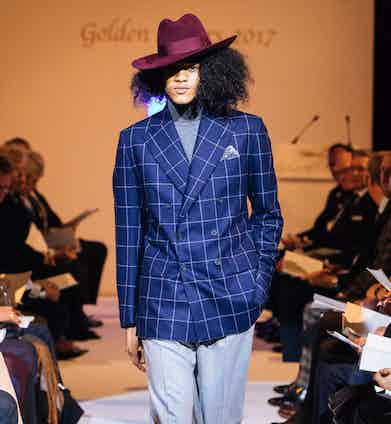 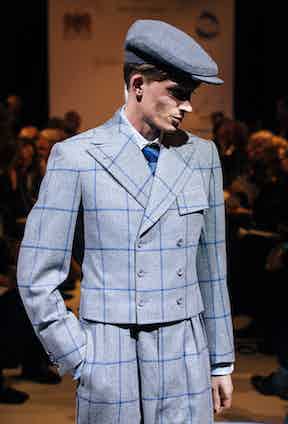 Simon Cundey, Managing Director at Henry Poole & Co. and Chairman of the Golden Shears, has seen the competition develop over the years. “This year, it was exciting to see more students and apprentices from the shire counties, Wales and even Glasgow.” Before, the majority of competitors were London-based, Savile Row-trained or London-educated. Today, it casts a much wider net, and as a result produced a dynamic variety of tailoring, design and styling on the night. Refreshingly, over half the contestants were also female – the Silver Shears went to Jorden Barrett, an apprentice at Couch & Hoskins whose cape and tail coat combination echoed matador-esque embroidery and theatrical presence, whilst names to watch include Rachel Singer of Savile Row Academy, whose double-breasted baby-blue drape cut coat set a seriously high standard, and Alireza Haraji at Chittleborough & Morgan, whose strong shouldered, hourglass-cut jacketing was almost outshone by Haraji’s own dupion silk ensemble. The Silver Shears Rising Star went to Matthew Erik-Beale, and I’m sure I wasn’t the only one in the room eyeing up the UCA student’s chic black coat creation.

Simon Cundey’s experience in the business means he understands that it’s more than just a trophy for these young people - it’s also the chance for the craft and the industry to make positive change. “In the tailoring and fashion world, the concept of craft is on the up. Trades are now taking the helm, educating the next generation to continue the legacy. They take in trainees and make sure they are employable. It’s a growing business model as much as a vocation.”

Patrick Grant has been a judge and also sees one of his own apprentices step up to the plate. “Apprentices are the lifeblood of Savile Row” he says, and as the mastermind behind Norton & Sons and E. Tautz, he knows what he’s talking about. On judges, Simon explains variety is key. “It’s important we have a range of judges for the finalists. Oliver Spencer, for example, brought an eye for design and cut, whilst David Gandy has always been an ambassador for British craft” he says. “Director Joe Wright has a crucial flair for drama and history, and they all approached the competition from a different angle; choosing a winner is always a difficult task, but an incredibly rewarding one.”

The final word goes to 2017’s winner. “Savile Row is having a resurgence,” says Brockman. “This competition creates awareness; tailoring is one thing but the way we make garments by hand and the way we’ve been doing it the same way for 200 years is another. It’s so important to show that Savile Row is progressing; I take my inspiration from streetwear and workwear, and the garments that were on that stage tonight are so far removed from the old tweed three-piece that people associate with the Row.” 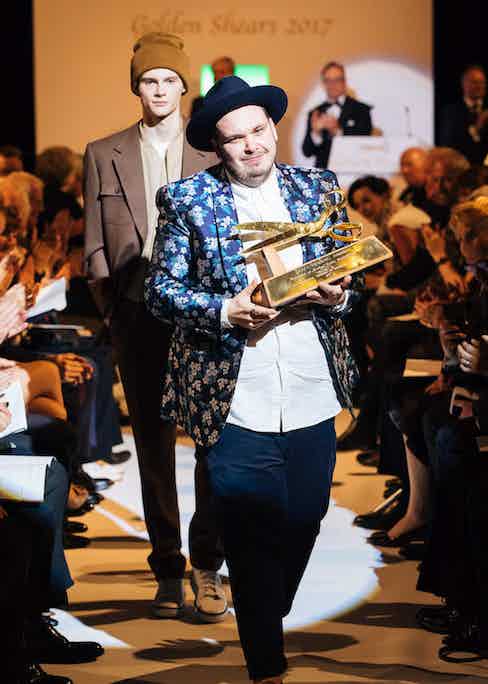 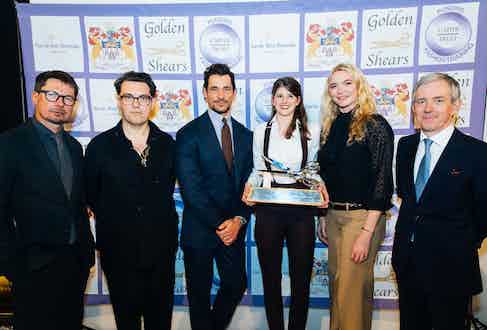 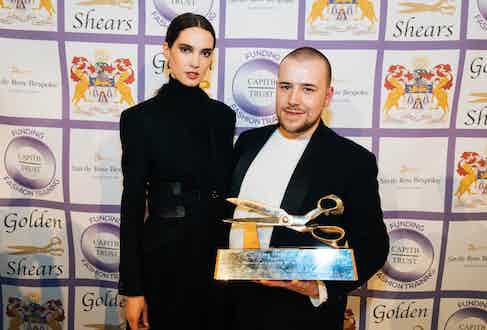 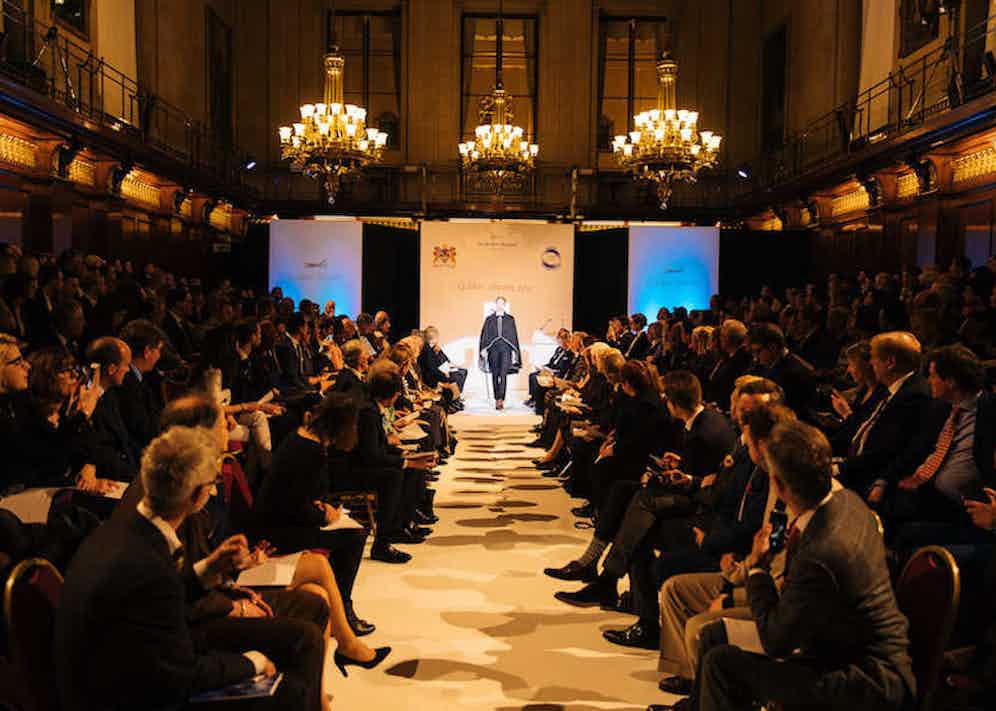