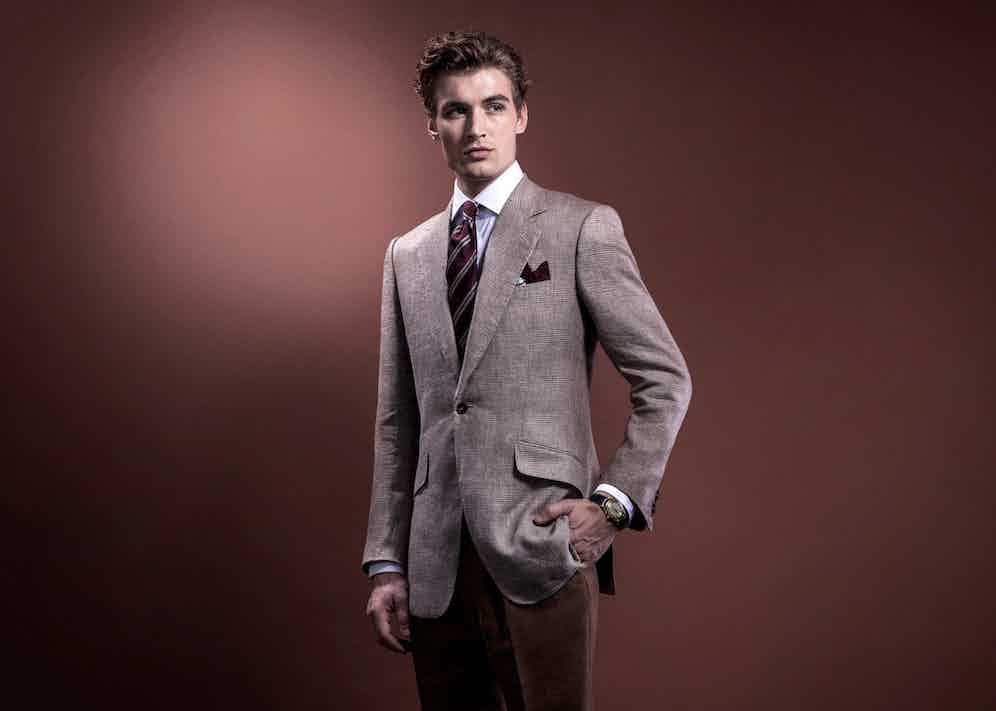 Getting British gentlemen to agree on tailoring in the 20th century is a lot like getting people to agree on religion in the 16th century - specifically, trying to get Christians to concur on the correct belief system to seek audience with the divine. On All Hallows' Eve in 1517 in Wittenberg, Saxony, Martin Luther posted The Ninety-Five Theses, thereby accusing the Catholic Church of systemic corruption and expressing doubts over the jurisdictional power, or plenitudo potestatis, of the pope. And, just like the first bottle thrown at a Flamengo-versus-Fluminense football match, Luther's text set into motion a violent and permanent schism that divides all of Western Christianity to this day.

What was the primary point of contention? Luther and his cohort John Calvin believed that the Catholic Church - with its pomp and circumstance, flying buttresses, Michelangelos and Titians, robes and incense, soaring Latin-voiced choirs and transcendent stained glass - had become a vehicle for influencing politics and garnering riches the world over. In contrast, the disciples of Luther and Calvin eschewed all external manifestation of God's glory, espousing a rigid discipline of unornamented churches, quiet meditation involving direct communication to the Almighty and intentionally drab clothes. The ultimate extreme of the Protestants were the Puritans, who castigated the Catholic Church's 'popish pomp and rags', willingly ate profoundly under-seasoned food - because indulging in any form of sensory pleasure was a sin - and were generally so insufferable that eventually the British packed them into boats and sent them to the Americas where they created the banjo.

Similarly, British civil tailoring has always been an extension of the country's military tailoring tradition, so men's clothes were created with underlying structure to give them bearing and to bestow upon their wearers heroic countenances. Then, in 1919, maverick Dutch tailor Frederick Scholte, along with Edward VIII - a man whose fine taste in clothing contrasted somewhat with his taste in politics and women - introduced an aggressively disruptive style of tailoring called the 'British drape'. This style was the complete antithesis to the moulded, sculpted aesthetic vision of structuralism, championing a sort of floppy, soft draping of clothing not unlike what Giorgio Armani would introduce to mass luxury in the late 1970s. Just like that, a schism within British tailoring was ignited. Just as the world is divided into the Burgundy and Bordeaux drinkers, the universe of British tailoring in the 20th century was divided into contesting camps of supreme structuralists and evangelical proponents of the drape. 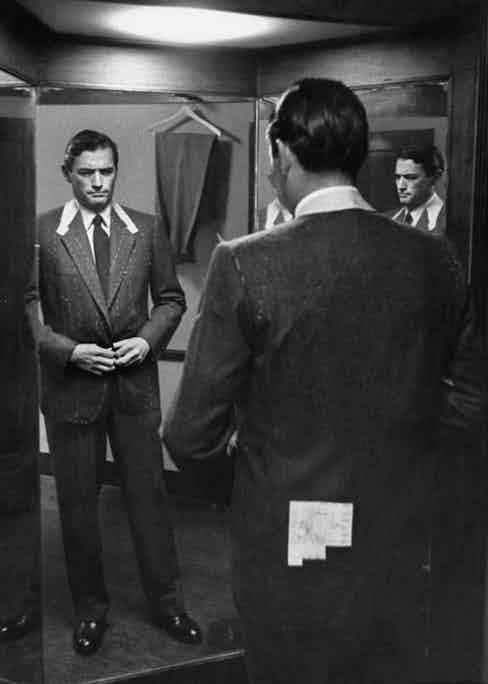 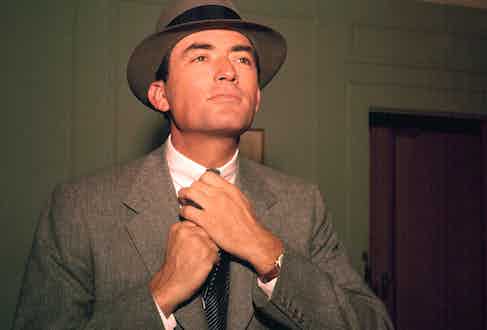 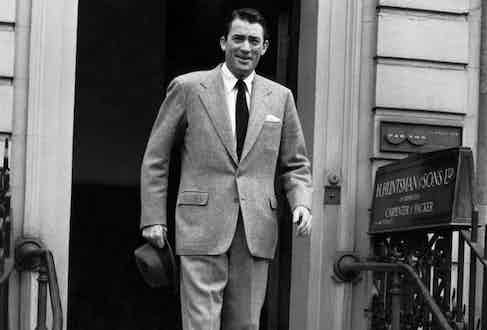 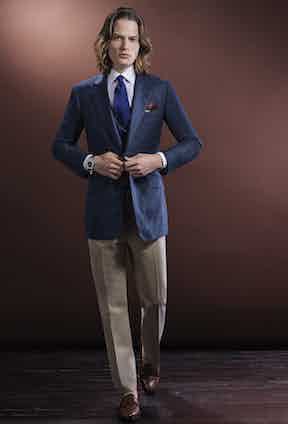 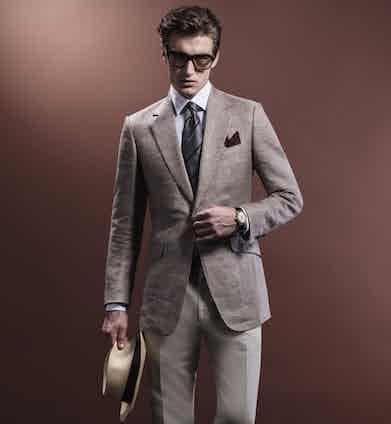 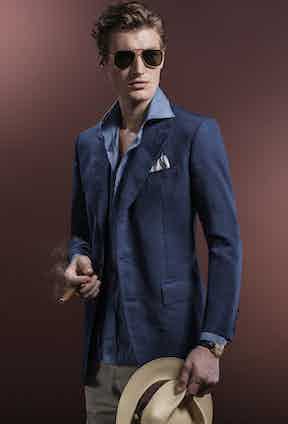 In the world of structuralism, Huntsman has reigned supreme for over 160 years, compelling men to stand taller, making their bearing more noble and their gaits that much more confident. Beware, though: there are those who believe that men should never be noticed for their clothes, and wearing a Huntsman signature masterpiece - its single-breasted hacking jacket, a magnificent combination of strong, roped shoulders, clean chest and high-waisted flared skirt - is going to get you noticed from across the room, and possibly from the room next door.

Huntsman was founded in 1849 by Henry Huntsman, and eventually moved to its Savile Row premises in 1919. Amusingly, the stags' heads that still overlook the shopfront to this day were left there by a customer in 1921 who popped out to lunch and never came back. For the majority of its life, Huntsman has been known as both the most glamorous of all of Savile Row's tailors - and its priciest. Its appeal, however, is undeniable, given that it creates some of the sharpest, most elegant suits to be found in the world.

Along the way, Huntsman also invented their signature single-breasted jacket, which, accompanied by the square shoulders, strong chest and jauntily flared and somewhat-longer-than-usual skirt, could be confidently identified at a hundred paces away. Some of England's most famous tailors have each taken a turn as Huntsman's head cutter - Terry Haste and Richard Anderson, for example. Today, Huntsman has also created a very interesting evolution to their famous structured silhouette: an element of lightness is now added to the suit while retaining its beautifully shaped core aesthetic.

Huntsman's core proposition - this balancing act of form and fluidity lightness - is frequently articulated through the fabric for which they are most famous: tweed. However, their seasonal dalliances with lighter fabrics - Irish linen, with its invitingly tactile crunch, for instance, and impossibly supple bamboo - are uplifted by the house's construction with equal elán. It is a testament to Huntsman's unyielding construction that their summer jacketing, when worn, feels as impossibly light and enervating as the most unconstructed of tailoring, and yet sacrifices none of the house's heroic proportion. 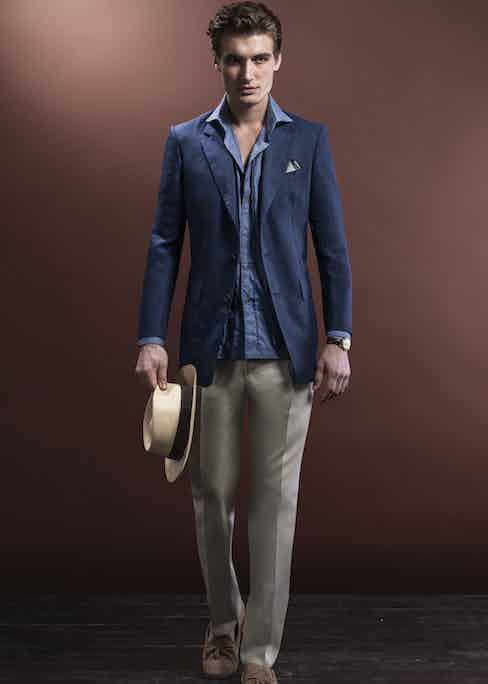 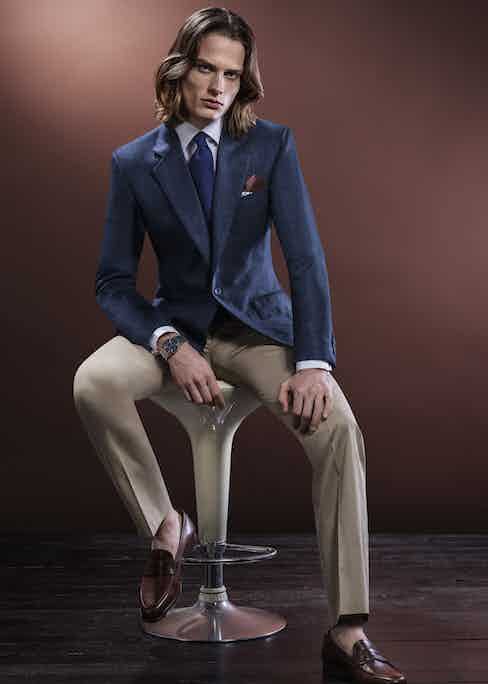