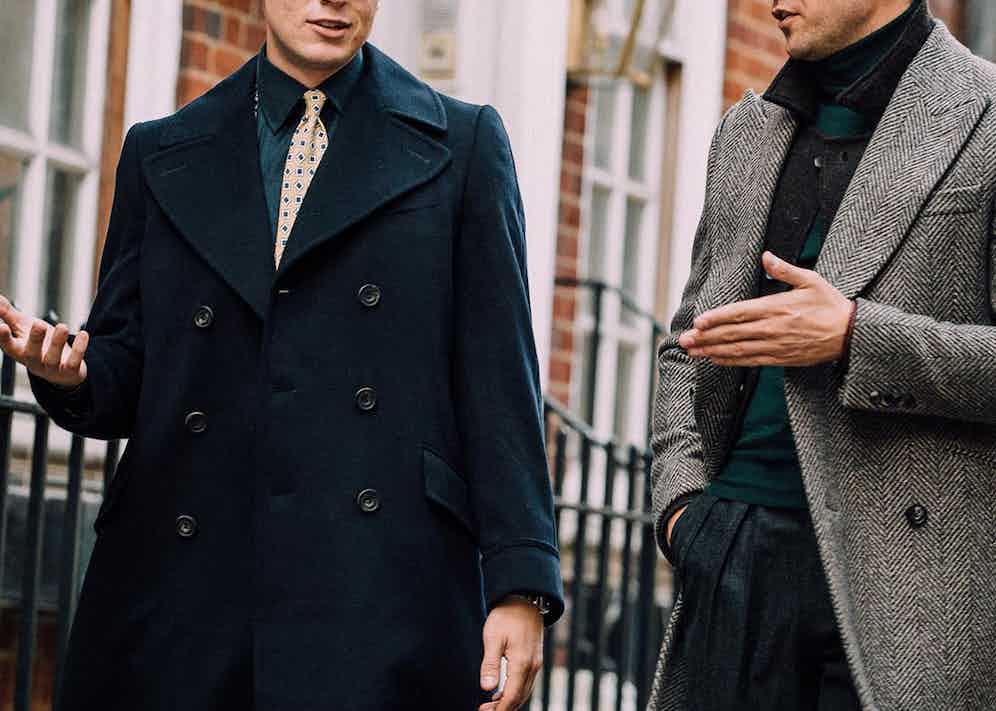 Kit Blake isn’t a real person, although his presence on and around Savile Row has been felt for the better part of 20 years. In fact, he’s part of a group of fictional characters of the menswear world; pseudonyms used to hasten the time it takes to make a suit. “It’s slightly cheeky,” says Christopher Modoo, “but if you work on Savile Row and order a suit, staff go to the back of the pile. So everyone used to make up a name to put their suits through as to speed up the process.”

Kit, an abbreviation of Modoo’s first name, and Blake, the street he grew up on, was Chris’ alias while he was working on the Row. Decades later, it’s the name stitched into the designs of his own menswear label, as a hark back to his time working on the world’s most famous tailoring street.

Like many of the people who reside in the sartorial realm, Chris is deeply passionate about menswear, and has seemingly always been that way. His first job was at Selfridges, working in the tie department, where he waxed lyrical about tipping, knots and blades, and where his love for menswear flourished. “I absolutely loved it, I was just like a sponge,” says Modoo. From there, he went to Jermyn Street shirtmakers Thomas Pink, and then on to 40 Savile Row, which specialises in made-to-measure suits and where he learnt about fabric, fit and styling. He then moved to Ede & Ravenscroft to head up the house’s made-to-measure department, before moving to Chester Barrie in 2011, where he designed the house’s collections until 2017.

While much of Chris’ time over the past 20 years has been spent designing suits and jackets, it’s trousers that are the focus of his own label. But not just any trousers – these are old-fashioned, English, compete-with-jacket trousers, the kind his contemporaries on Savile Row would be proud of. They’re high-waisted with deep, forward-facing pleats, side adjusters, and tapering legs, which are long enough to allow for a generous turn-up. This traditional design is one that British tailors have always made, says Modoo, but which has, in recent years, become favourable in houses all around Europe. “I think Italian fashion houses have, in the last six or seven years, become very English. Italian trousers were always flat-front, low rise, slim – that was the Italian look. And if you wanted pleated trousers you had to go to an English tailor.” 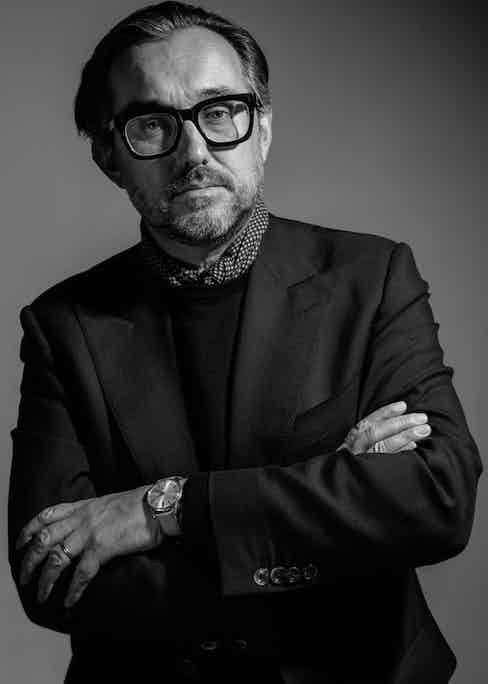 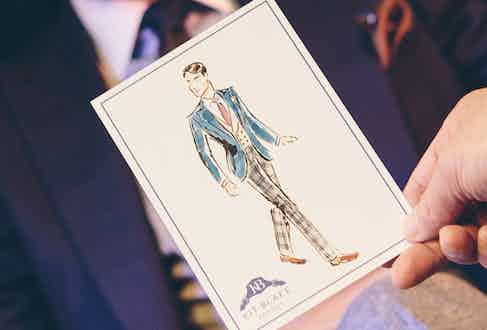 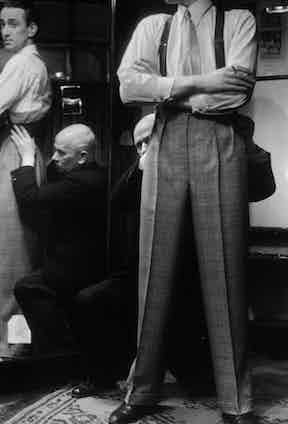 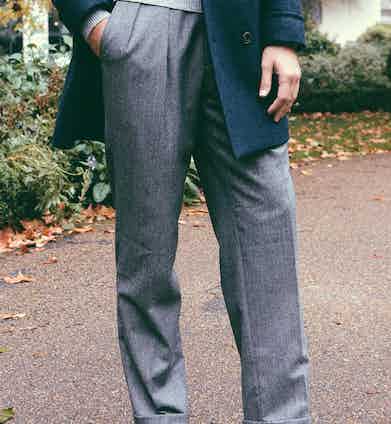 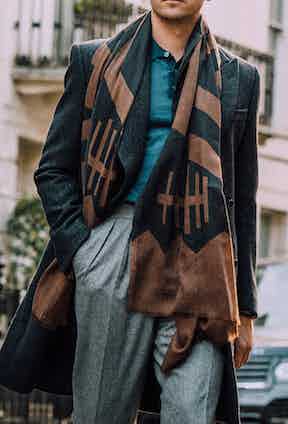 Modoo decided to focus on trousers after looking at his own wardrobe and realising that his ratio of tops to bottoms was off. “Trousers always get overlooked compared with jackets,” says Modoo. “I worked out that I had 10 blazers but only two pairs of trousers to go with them." He wanted to create trousers that were not only suitable to wear with a jacket for work, but comfortable enough to wear around the house or to the pub on the weekend. “On men my age, jeans don’t look as cool as you think they do. You end up looking like Jeremy Clarkson; a middle-aged man in bad jeans, bad shoes and a blazer. Wearing trousers is such an easy way of changing your look.”

To complement the trousers, Kit Blake also offers a selection of jackets, a waistcoat and an overcoat, which are all made in Puglia. This includes a double-breasted, low-buttoning jacket, crafted from Fox Brothers flannel and made exclusively for The Rake. “It’s essentially a traditional British jacket, with quite a firm but natural shoulder line, plenty of rope at the sleeve head and generous lapels.” The navy overcoat, which the designer describes as “pure Chris Modoo”, is unapologetically over-the-top, made with Loro Piana wool and featuring a generous stand-up collar, back pleat and oversized horn buttons.

These pieces are designed to be worn as separates, which is another key part of Modoo’s vision, and perhaps contradicts his time working on Savile Row. “I’ve always liked mixing my suits up, I’ve always liked separates and I think it’s just a more practical way to dress,” says Modoo. “I’ve always had a problem with the fixed suit. Unless there’s a specific reason, I think a jacket and trousers with a shirt and tie is a more contemporary way of dressing.” Indeed, Modoo is making a convincing case for a wardrobe comprised of well-designed and well-executed pieces, that can be worn in a multitude of ways. And although his designs draw on the best of London's tailoring heritage, they're presented in a way that's decidedly modern. 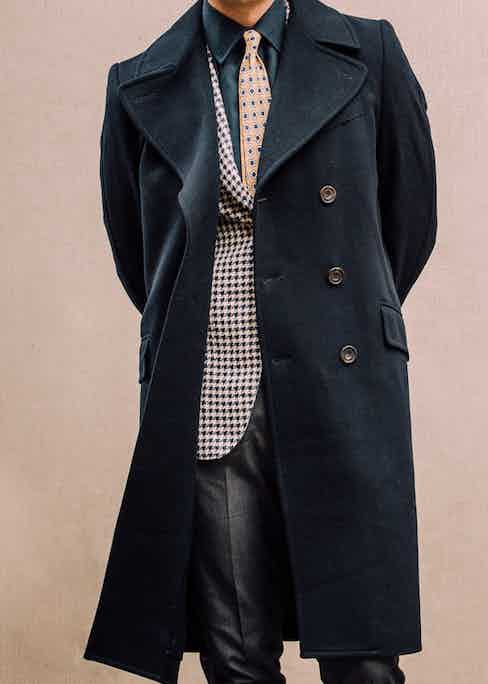 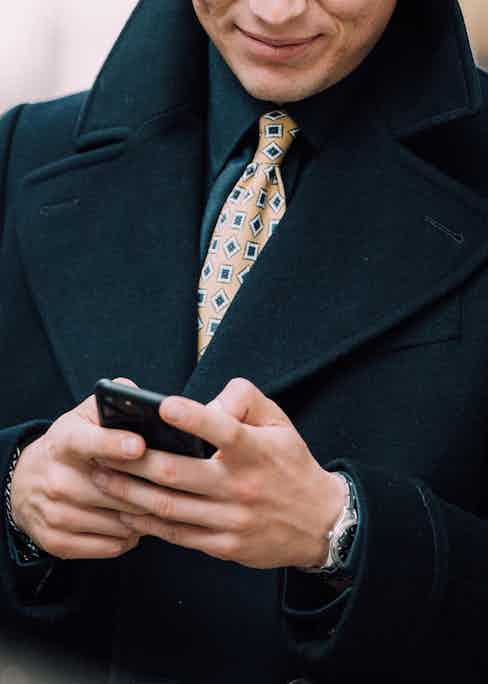