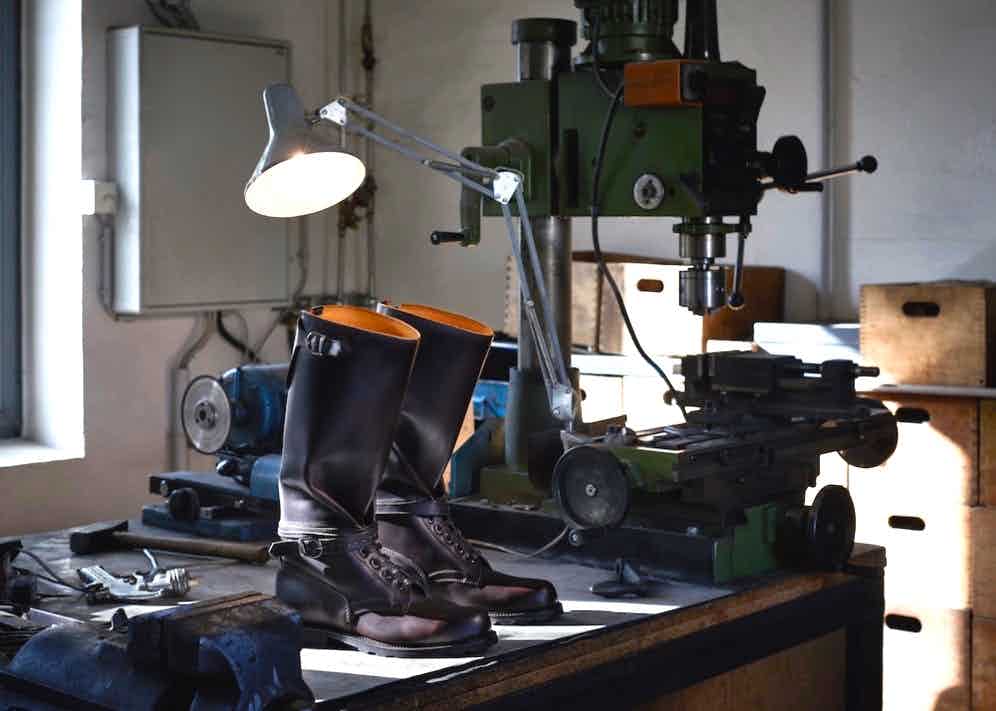 It is inevitable. The look that comes over the face of men, women, children and even the more mentally cogniscent of the canine species as their eyes chance upon the boots you have on. They stop. They pause. They do a comical double take. And then they burst into a mile wide grin and say, with the irrefutable certainty that even Schopenhauer himself couldn't deny, 'Those are the coolest boots I've ever seen.' Which is precisely the thought bubble that must have appeared over the head of the costume designer assembling the sartorial accoutrement for Brad Pitt's character Lieutenant Aldo Raine, the hillbilly avenging angel from Quentin Tarantino's Inglorious Basterds - who comes down from the Smoky Mountains, crosses five thousand miles of water, fights his way through half of Sicily, and then jumps out of an air-o-plane in order to dish out a little karmic retribution to the National Socialist party. And on his feet were a pair of Goodyear welted, Ludwig Reiter Husaren Boots, the ultimate in gentlemanly, if not necessarily gentle, soldiering apparel. Slip them on and you are made instantly heroic, genuinely and extraordinarily dashing. Indeed it would not seem out of place to keep an ivory handled dirk tucked where they hit you just below the knee; or for those more enologically inclined a Laguiole corkscrew.

The design of the Husaren comes from the Prussian cavalry. Says the lovely Magdalena Reiter, the Viennese brand's communications director, 'In the old Austrian Army the cavalry was mostly formed by Hungarian 'Husaren' forces, which became almost synonymous for fierce riders in general and until today a very courageous adventurer is called a 'HusarenstÃ¼ck' - and many things related to riding and bravery are denoted 'Husaren.' Which explains why your heart starts to pound faster the moment you take your first step in them. Their derivation from the cavalry is also the rationale for one of the most intelligent lacing systems ever devised, a system The Rake has never seen replicated in any other boot. Leather laces are fed through and sewn into the eyelets. These laces then wrap around the ankle twice before being secured by a buckle. Once you've used it a few times this system becomes incredibly intuitive and remarkably quick to secure and release - The Rake's founder has worn them through many an airport security check and can attest to this. It also allows the wearer a virtually limitless freedom to achieve the perfect amount of ankle support. Says Magdalena Reiter, 'The main task of the lacing system was to enable a quick change between tight and loose fit without having to take off your gloves etc. This was a particular requirement for cavalry forces who occasionally had to dismount and walk for a while, because usually riding boots are not good for walking.' 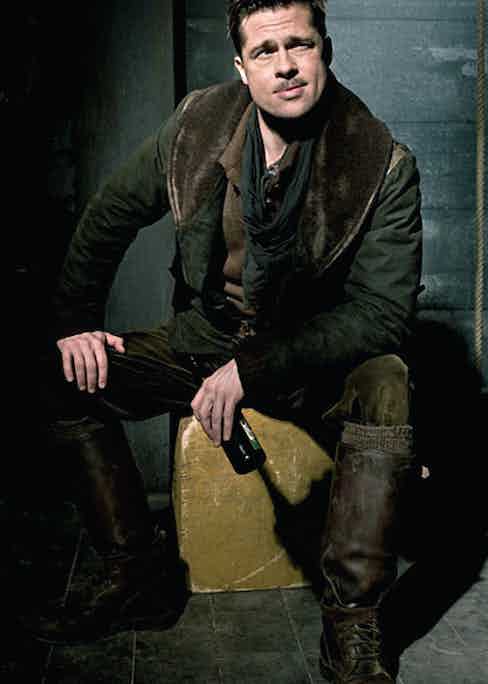 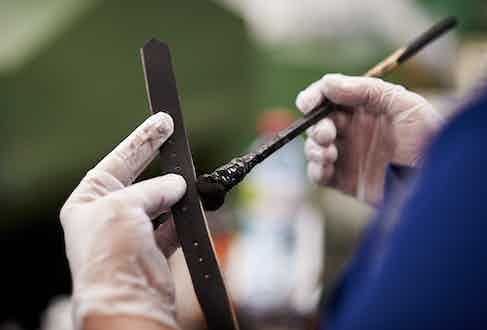 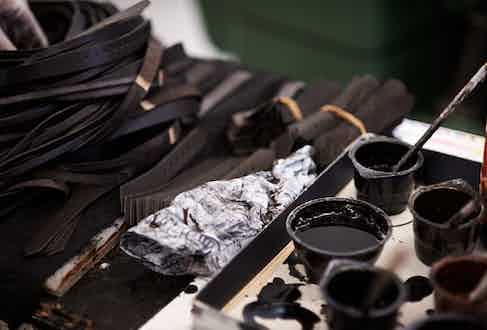 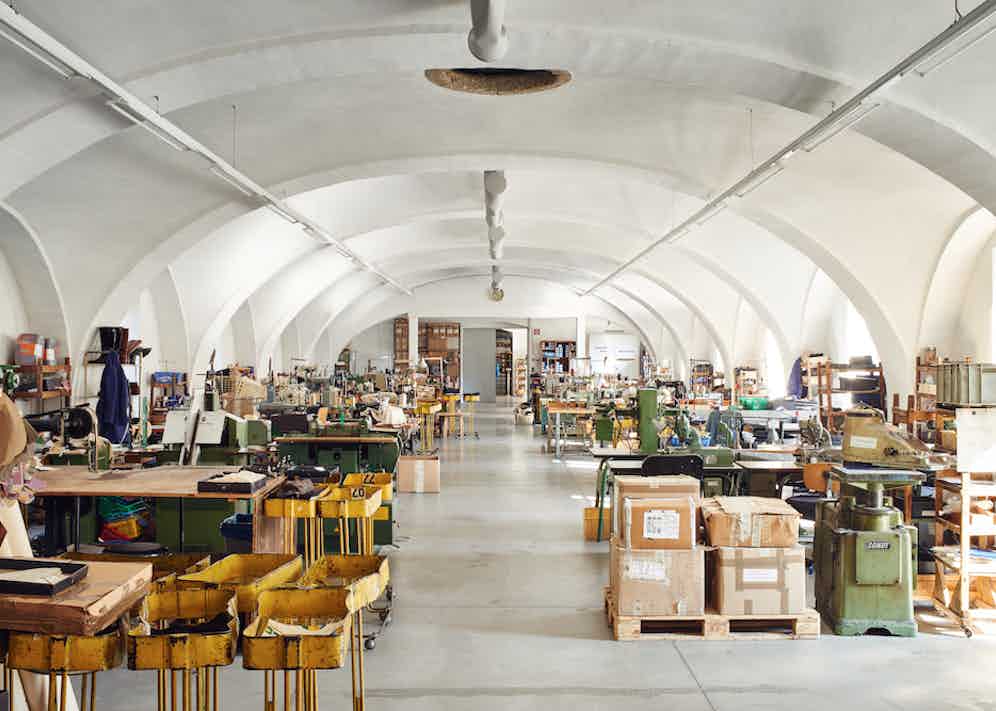 What is surprising is how pliable, soft and comfortable these stridently heroic boots are. The leather in particular is extraordinarily rich, soft and highly water resistant. Says the current proprietor, Mr. Ludwig Reiter himself, 'The leather we use is tanned by the Gustave Degermann s.a. which is a 400 year old family enterprise in the wonderful Alsace region. It is a fine full grain calf leather, semi-chrome and vegetal tanned, enriched and dyed with wax and oil. We've used this leather for many decades and we know that it has great durability and comfort, accompanied with the property of gaining a wonderful patina over the years.'

So confident is Reiter in his boots' water resistance that he's been known to wear them instead of the requisite Wellingtons around Venice when it's flooded. He explains, 'Of course the boots got wet and you have to take care to dry them away from a heat source, but they performed remarkably well.'

The Ludwig Reiter Husaren Boot is made exclusively for The Rake's online Atelier in a seductive dark brown that is destined to age beautifully over a lifetime. 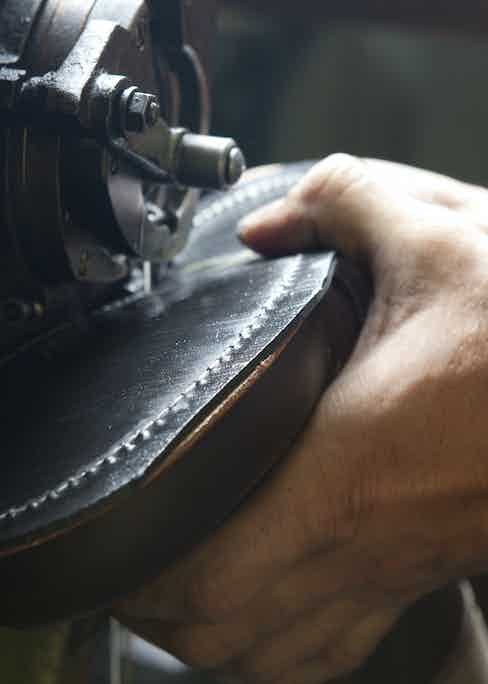 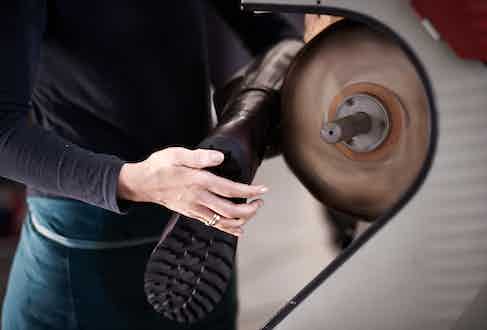 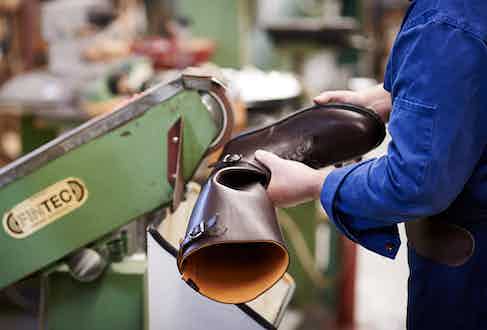 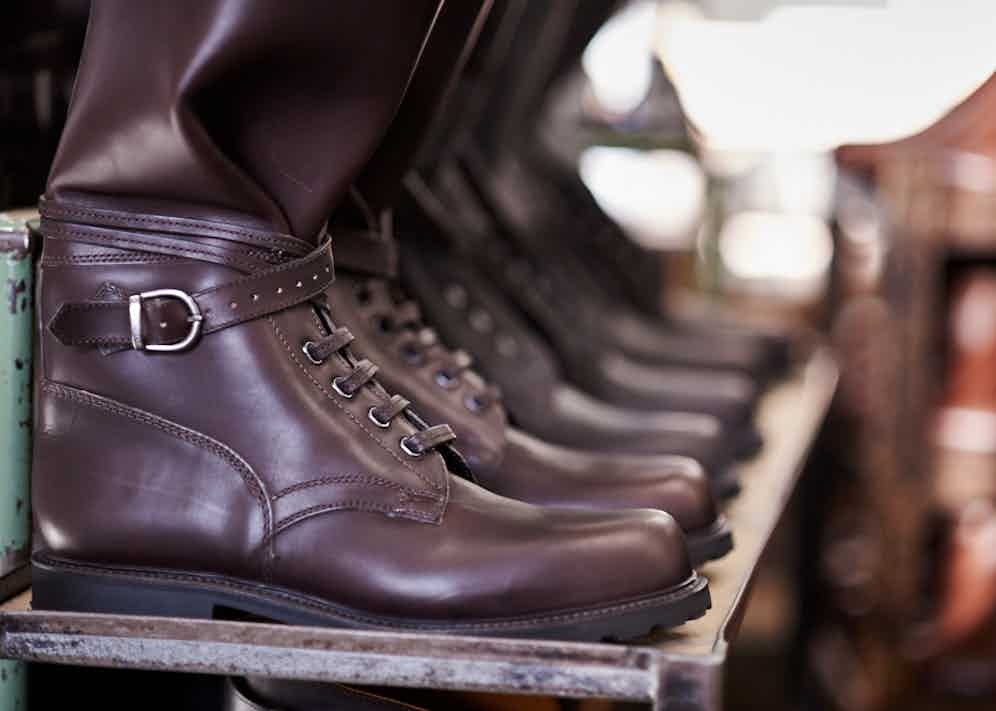