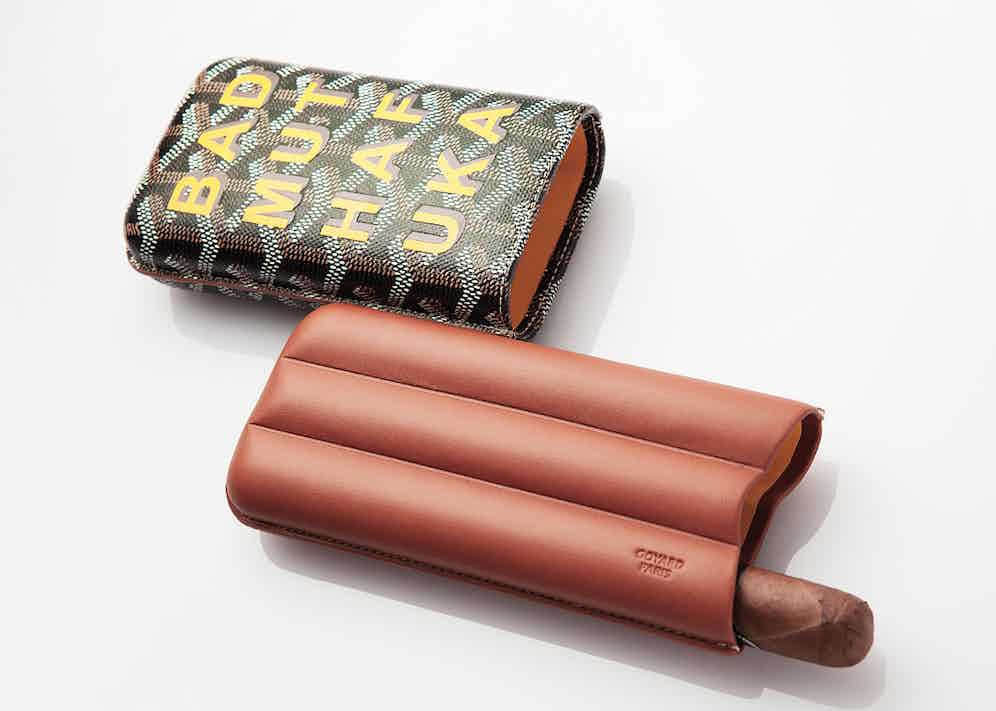 Quentin Tarantino was robbed in 1995, when, despite having unleashed the true scope of his unique mélange of high-low culture and fractured timelines in what has become popular culture’s most quotable and re-watched film — Pulp Fiction — the director and his movie were overshadowed at the Academy Awards by, of all things, Forrest Gump. But as a test of time, ask yourself the following: since it came out, how many times have you watched Forrest Gump and how many times have you watched Pulp Fiction? Personally, each and every time I’m channel- surfing and inadvertently land on Pulp Fiction, I am compelled by a force greater than me to watch the rest of it in its entirety. I cannot turn it off.

Samuel L. Jackson delights that members of each new generation, after seeing the film, are compelled to approach him and demand he regale them with the line, “Say what again ... I dare you, I double-dare you, motherfucker.” From “Royale with cheese” to “the day I bring an ODing bitch to your house I’ll give her the shot”, the barrage of linguistic gold in Pulp Fiction is unceasing and builds successive waves of sonic anarchistic delight.

If Ferdinand de Saussure had been alive to view Pulp Fiction, he would have classified the dialogue as belonging to a language of its own. Tarantino-speak. And of all the lines in a movie full of the very best lines — not the third best, not the second best, but the absolute best of the best — the best is when Tim Roth, being held at gunpoint by Jackson, asks, “Which one is your wallet?” and Jackson, without missing a beat, replies, “It’s the one that says ‘Bad Motherfucker’.” When Roth reaches into his would-be bag of loot, what he extracts is a simple brown men’s wallet emblazoned with a phrase that sums up Jackson’s raison d’être with the spare economy of Haiku: ‘Bad Motherfucker’.

Upon watching the film my heart swelled with inspiration, which prompted me to rush to the local leatherwear shop and purchase a men’s wallet in medium brown, onto which I had the evocative sobriquet ‘Bad Motherfucker’ stamped. I should mention that, at that stage of my life, I was about as far from being a bad motherfucker as you could get. I had the cardiovascular system of an anaemic Gitane-smoking sloth, the mental acuity of an addle-minded Great Dane (apparently the world’s stupidest dog) recovering from a head trauma, and the muscularity of a strand of overcooked linguine flung against the wall and left to perish in limpid shame. But somehow the words ‘bad motherfucker’ were a call to power, an invitation to walk out into the desert and transform oneself, as compelling as anything in Nietzsche’s Thus Spake Zarathusa.

"When Roth reaches into his would-be bag of loot, what he extracts is a simple brown men’s wallet emblazoned with a phrase that sums up Jackson’s raison d’être with the spare economy of Haiku: ‘Bad Motherfucker’"

It fomented the idea in my mind that any human could will him- or herself to change. ‘Bad Motherfucker’ is a rallying cry to militate against the fleeting nature of existence by living each moment as if you were about to vanish off this mortal coil 10 seconds from now. It is the expressive summation of the mottos carpe diem and nemo me impune lacessit transmuted and transmogrified into a singular expression of intent. It beckons us all to be bad motherfuckers, to declare war against small-mindedness and the status quo, against mediocrity and complacency, against rules that have no meaning, and is rivalled in its expressive power by the refrain, “Fuck you, I won’t do what you tell me”, from Rage Against the Machine’s Bulls on Parade.

As a cigar smoker I am constantly in search of new transportation devices for my ever-present cache of Cubans. But there is one major disconnect between the people making cigar cases and the people making the cigars that go in them. That is, in the past decade the ring gauges of cigars have swelled to ursine proportions while case manufactures have generally not enlarged the diameters of their cases. This means that, nine times out of 10, you will not be able to fit a Behike 56 with its 56 ring gauge inside your case; attempting to do this is like trying to breed a Bullmastiff with a Chihuahua, which is to say, destined for failure.

Fortunately, whoever designs the cigar cases at the French trunk makers Goyard is clearly passionate about his stogies, because it is the only luxury case that will easily contain three Behike 56s, the perfect number of cigars required to avoid seeming like a cheap bastard, as you can light one and offer the other two to like-minded companions. Another design flaw in the majority of cigar cases, in particular those made by companies for whom cigar cases are not part of their core expertise, is that the case does not seal well when the top cover is slid onto the body of the case. In contrast, the fit and seal on the Goyard case is nothing less than impeccable. Further, the Goyard case is crafted with a leather inner case and a canvas sleeve/cover in the brand’s signature printed motif that comes in a vivid array of colours, ranging from classic to expressively louche.

Finally, there are a near-in nite number of customisation possibilities for the Goyard case, from initials to animal motifs to what have you. And when faced with the possibility of letting the Freudian Id run wild, my mind immediately turns to the two most empowering words I can imagine: Bad Motherfucker. However, in an attempt to act my rather advanced age, and so as not to draw the ire of the easily offended, my wife came up with the ingenious idea of displaying the letters like an optometrist chart, with the deliberate misspelling to read ‘Bad Muthafuka’.

The resulting case is rendered with extraordinary hand-painted artistry, and draws constant expressions of delight, presumably because anyone who is tasteful enough to have adopted the ne habit of cigar smoking is also intelligent enough to have a sense of humour and intuitive enough to know that the words are used as high praise for anyone who beats ceaselessly against the current of convention. Indeed, what truly interesting person doesn’t want, need or already have a little ‘Bad Motherfucker’ inside of them?