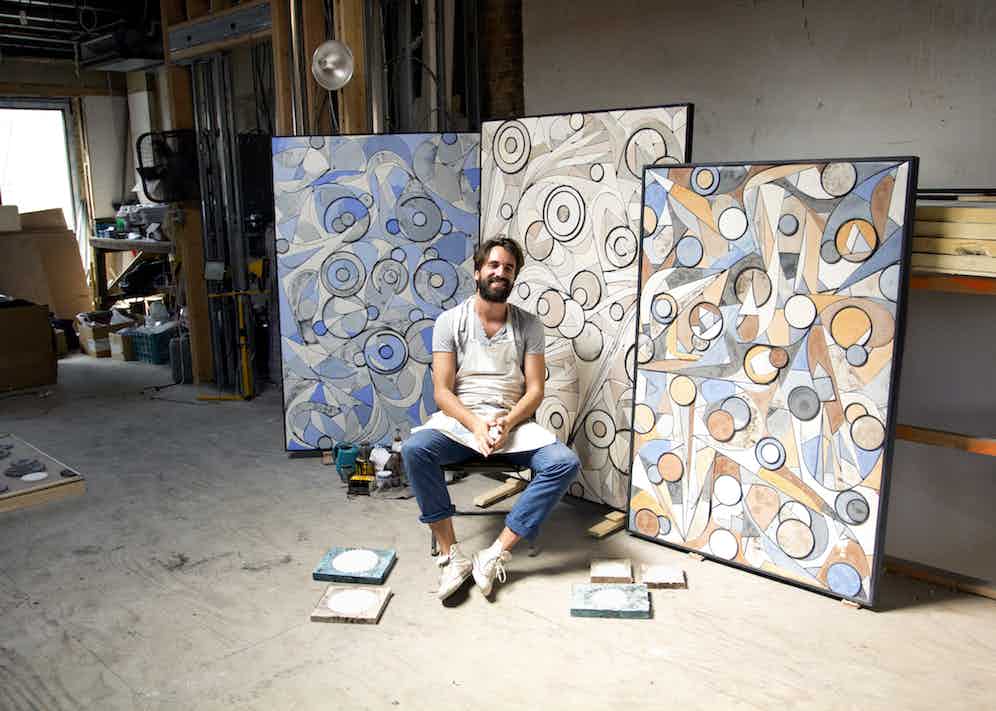 “Being an artist for me is knowing how to bring an idea to life with both passion and precision,” affirmed the French artist Ugo Schildge when I first encountered his work. Introduced by a Parisian collector, we first met back in August when I climbed through a construction site during a heatwave in Brooklyn, New York. The studio I found above lacked window panes or running water, but it felt timeless and was full of character. As was the artist himself as he moved between French and English with an eloquence and self-assurance reflecting a career spent travelling between New York, Brazil and Paris where he grew up surrounded by artists and collectors. Ugo’s work discusses the relationship between art and the machine, but he seemed to live a pared back, simple existence in his Brooklyn studio.

By the time our photographer Michael Elmquist had arrived, the light moving across the sweltering desert of a space had created the perfect environment for a portrait. Despite the expected symptoms of a heatwave, Ugo’s perfectly groomed beard and bronzed forearms suggested he could have stepped from a yacht on the Cote D’Azur. Clothed in a modest ensemble of faded jeans, apron and paint-splattered converse, his sartorial palette mirrored that of his work with the subdued blues, creams and browns. As Ugo took a break to smoke a cigarette on the windowsill with an array of French literature at his feet, he spoke openly about his childhood. He described the period when he had discovered his hands as tools, and “loved finding technical solutions to questions that I asked myself. I need to understand how people think or how objects are made, and my work reflects this.”

After Ugo realised his talent for art whilst collaging his friends’ bedrooms at University in Montreal, he abandoned his legal studies to pursue art. He embarked on a degree at L’École des Beaux Arts in Paris under the eye of Giuseppe Penone, an Italian sculptor described by Ugo as “untouchable in my eyes.” After five years in Paris, Ugo spent time as the assistant to Bernard Moninot and also studied at the Sao Paolo School of Fine Arts. A year ago, he began his residency at the Invisible Dog Centre in Brooklyn where he’s preparing for an exhibition with Mike Weiss Gallery this September. Although it doesn’t stop there, because Ugo has also exhibited worldwide from Sao Paolo to Montreal and Paris. As we spoke he continued to mix paints, carve cogwheels and move paintings around the space. Save a few moments when he paused to smoke a cigarette out the window, Ugo was full of purpose.

"Save a few moments when he paused to smoke a cigarette out the window, Ugo was full of purpose."

Since arriving in New York Ugo has embraced the collaborative ethos of the city, engaging in countless studio visits because he believes, “it is very important to share your work.” However, Ugo certainly acknowledges that America’s culture of optimism is not absolute and later admitted that, “I doubt my work every day, a process which is apparently essential for creativity.” Ugo may be a bashful, humble character upon first impression, but there is a definite twinkle in his eye. When asked about his relationship with New York he described how, “the pace of the city has definitely influenced my work. There’s a feeling that nobody really stops, it’s a very motivating place.”

A theme across Ugo’s oeuvre is his obsession with cogwheels, “because like time itself they go far beyond the life span of man and forces to wonder on one’s own existence.” As he pulls together ideas, Ugo likes to play with his audience, describing how he begins with the figurative and moves into the new kinetic image that the cogwheels create. When asked about his influences, Ugo was quick to mention, “Russian Constructivism because it was a movement that spoke of movement and reconstruction.” Amongst others, he went on to express the impact of artists such as “the French artist Marcel Duchamp, Soviet painter Vladimir Tatlin and the American sculptor and installation artist Chris Burden.”

As both a man and artist, Ugo Schildge is very independent. He fervently believes in Constantin Brancusi’s infamous line, “nothing grows well in the shade of a big tree” - advice Ugo would offer any aspiring artist. Despite the pressure of the August heatwave, he spoke eloquently about how for him “memory and imagination work alongside creativity as a journey, as I discover new materials and experiences.” As Ugo continues to work between studios in Paris and Brooklyn, New York, he draws from those differing experiences in his artwork, which has captured the imagination of seasoned collectors on both sides of the Atlantic. Following the success of Fragmented: An Art Exhibition Exploring Chaos and Harmony at Muriel Guepin Gallery, New York this June see Ugo’s current exhibition from September 8th at Mike Weiss Gallery, New York. 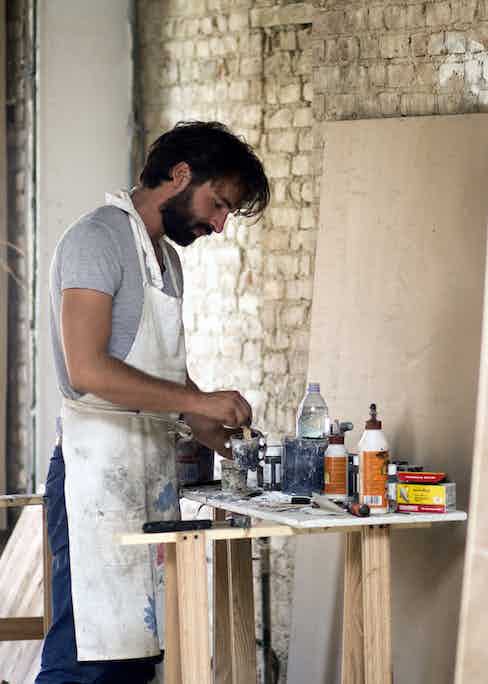 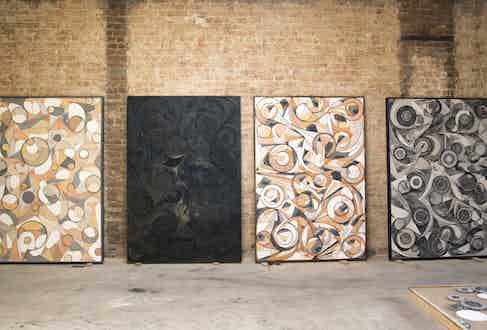 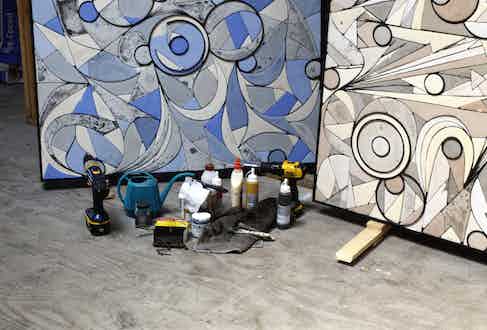 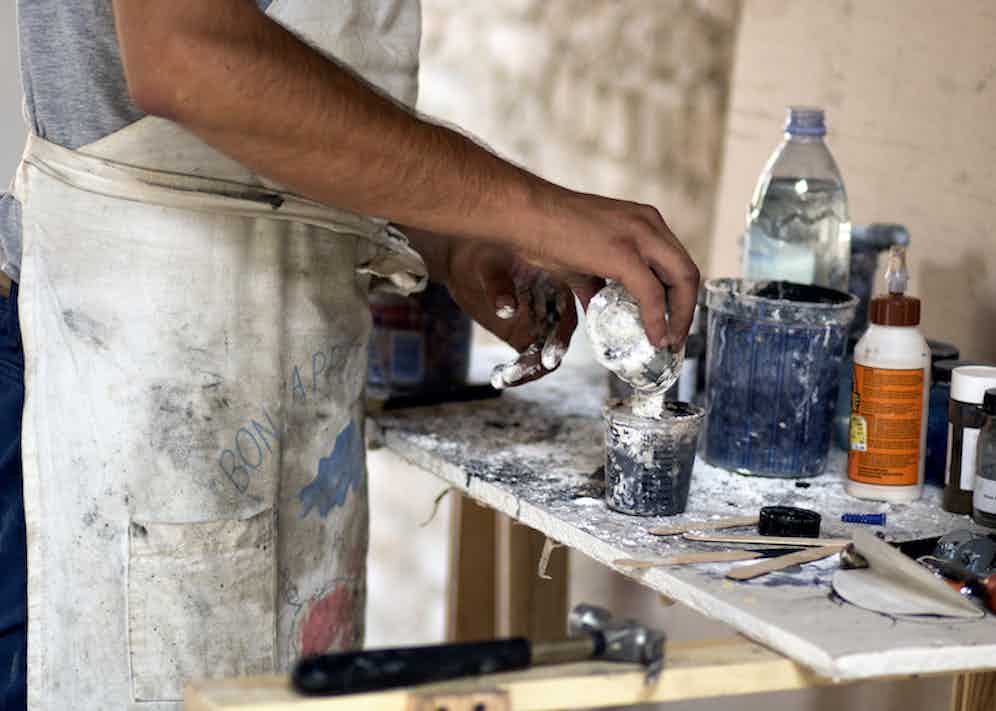 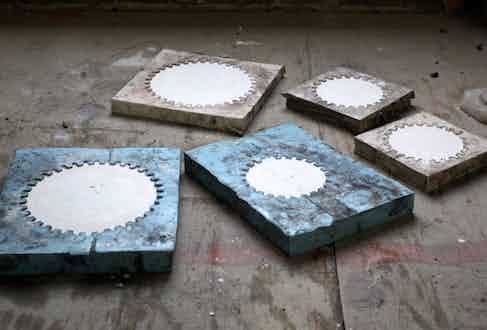 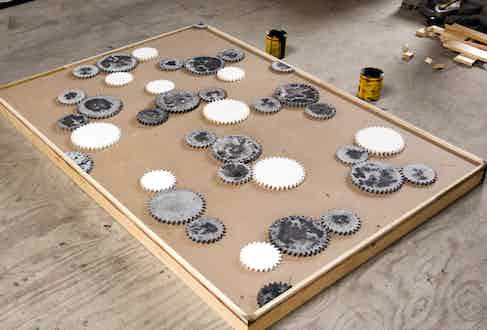 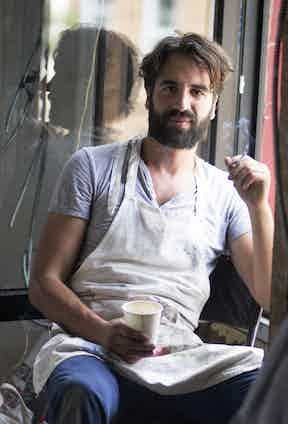 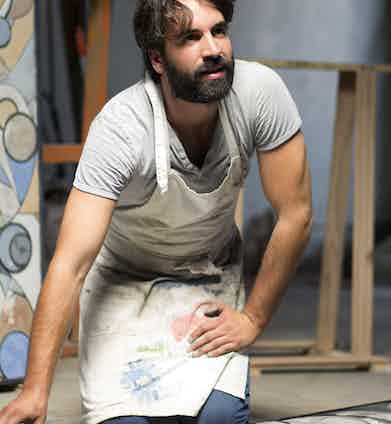 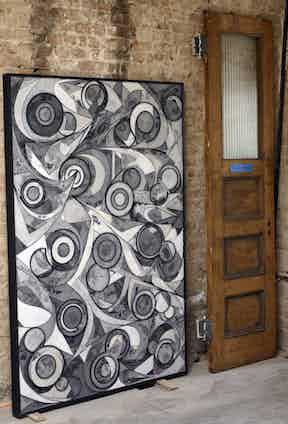 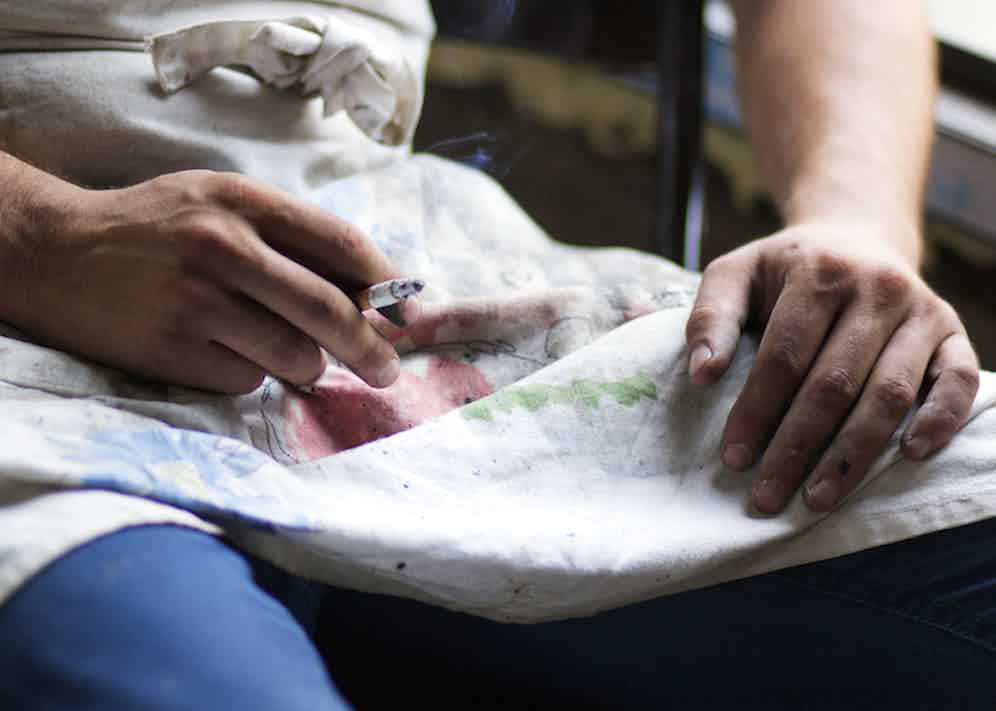