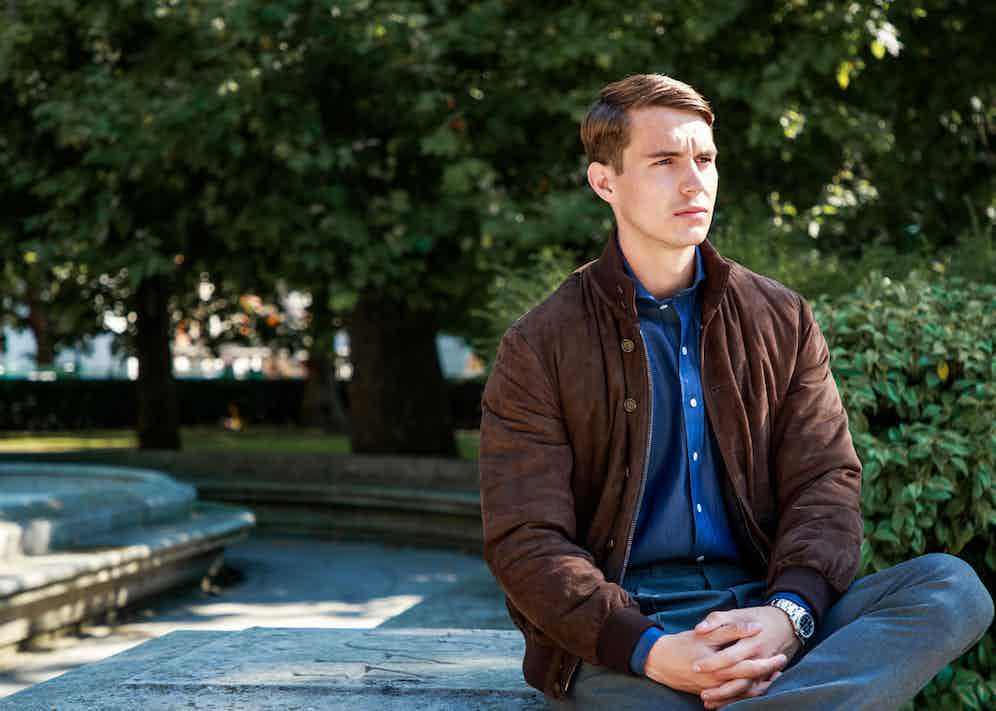 The Valstarino jacket in chocolate brown. Photo by James Munro.

Garments born in the military tend to be superior to other clothing. This is largely because they’re so often designed for heroic and daring purposes whilst remaining entirely functional. There’s a purity to this notion, which one can easily admire; military clothing is honest and humble. Such garments are constructed from materials that aim to see the wearer through thick and thin — regardless of what the enemy or nature throws. Militarywear has never been concerned with fashion trends, and thus often becomes devoid of a timescale or trend period. Many garments conceived in the military are timeless in design, and a great example of a jacket that fits this raw criteria is the iconic Valstarino by Valstar.

Valstar was founded in 1911 in Milan, otherwise known as “the cradle of style and fashion”, according to Matteo Bozzalla, CEO of the Italian heritage brand. Valstar is said to be the first company to produce raincoats in Italy, but today it’s better known for the Valstarino jacket, which The Rake is now proudly holding two sumptuous versions of. The Valstarino, created in 1935, is a garment that boasts exquisite levels of craftsmanship, an uncompromising use of the finest skins and materials, plus a silhouette that, for 90 years, has remained thoroughly on-point. As a testament to the brand's expertise, it was recognised with Italian royal warrants, becoming the official supplier of HRH Princess of Savoy in 1939 and the Duke of Ancona in 1942.

The Valstarino is Valstar’s take on the A1 flight jacket. Designed and standardised by the U.S. Air Force in 1927, it was originally made from capeskin. It’s arguably the most iconic outerwear garment worn by the U.S. Air Force, the only other exception being the G-1 Bomber. From a design point of view, the A1 is very simple, which is one of the reasons why it boasts ‘timeless’ status - you can’t improve on ‘less is more’. Slim-fitting through the waist, this jacket has two flap-pockets and buttons up the front, while the knitted cuffs and waist keep the warmth in. The funnel-collar, which also helps to insulate, is finished with a two-button closure. 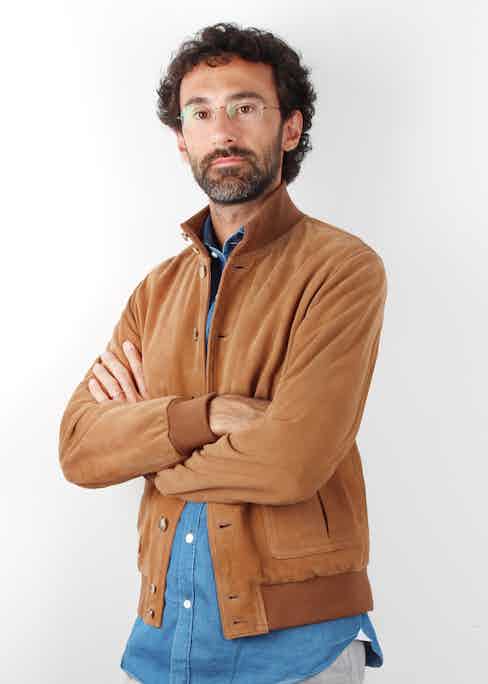 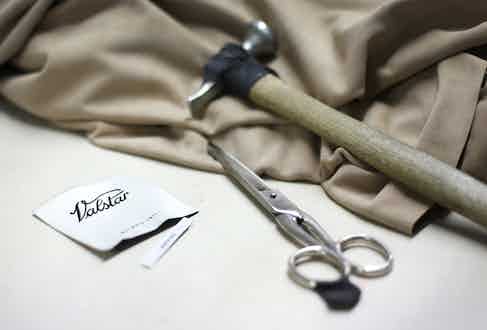 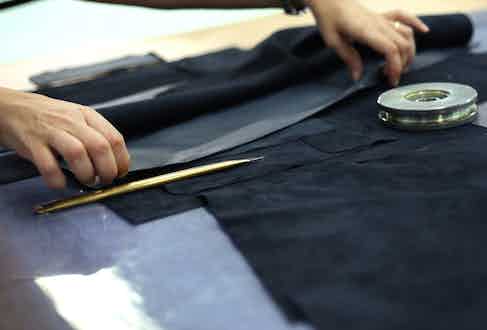 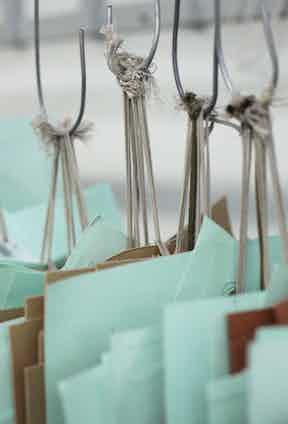 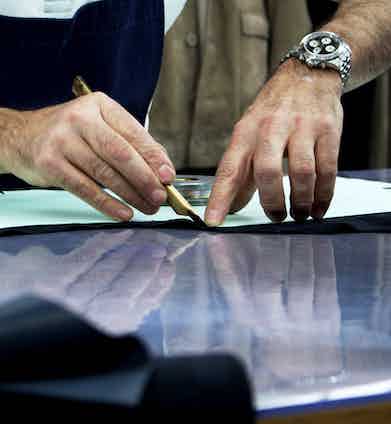 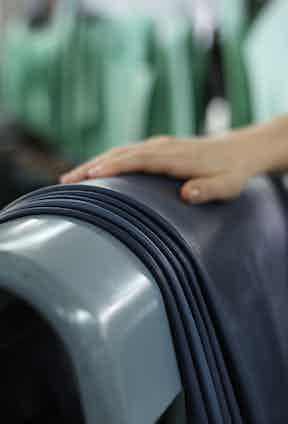 Obtaining an original A1 flight jacket is becoming increasingly difficult. This is because they weren't in production for long as they were replaced by the A2 in 1931 — the key difference being a standard, pointed collar. As a result of its rarity, many reinterpretations of the A1 have details that are slightly off, meaning they’re not truly authentic. But that rule of thumb doesn't apply to the Valstarino, as every detail and proportion is exact, the only exception being the use of a sublime goat suede as opposed to the rougher capeskin - a trade-off we are happy to let slide. The Valstarino is the ultimate luxury expression of the A1.

In today’s world of globalisation, ensuring the entire production process remains in one country is no easy feat. But, since day one, Valstar has managed to do exactly that and its ateliers are based in the regions of Tuscany, Veneto and Milan, where craftspeople of a minimum third generation apply their inherited set of skills to the soft goat suede skins.

Why goat suede, you might ask? Well, it guarantees an “optimal level of softness, elasticity and breathability”, Matteo rightly says. He continues, telling The Rake that the skin’s tanning process follows a recipe that’s a “very ancient art”, which has seemingly made its way through the ages until today. “Before tanning the leather, the goatskin is carefully prepared by pressing it to achieve a uniform and compact thickness,” Matteo says. Amazingly, the thickness of the skins is between approximately 0.8mm and 1.2mm. The skins are cleansed and then dyed in a solution of a blend of animal and vegetable oils in a barrel. Following the dying stage, they’re dried at a constant temperature to achieve the perfect handle. Matteo describes these initial steps as being the most important. 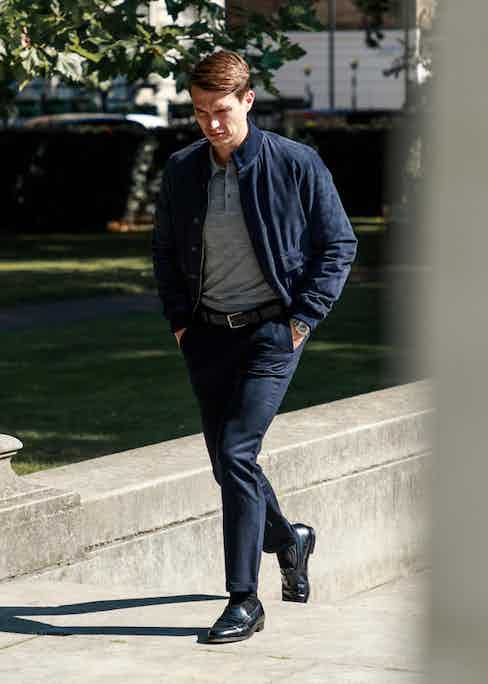 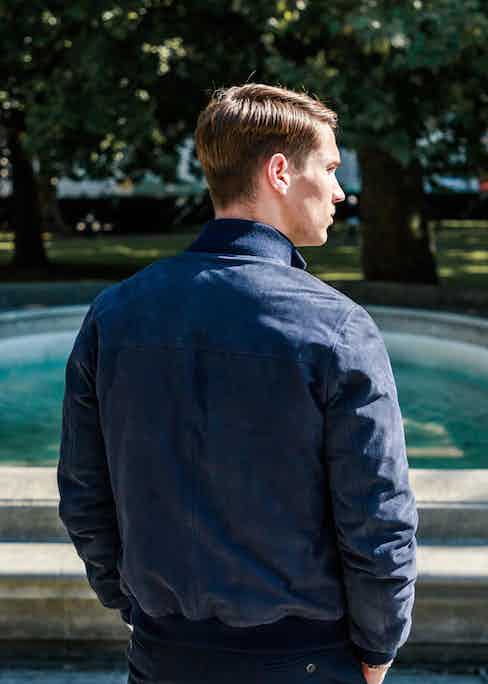 Valstar’s expert cutters then inspect the skins and, working around any possible imperfections, cut between 10 and 20 patterns. Some are then subject to an adhesive tape for extra strength, particularly around the seams, before finally being assembled by hand. It takes Valstar’s cutters approximately 60 minutes to cut out the Valstarino’s pattern and then a further six to eight hours to assemble - it’s an entirely handmade process.

As the temperature begins to drop, the Valstarino has you covered. “The lining is a luxurious mix made up of 90% white goose down and 10% goose feathers,” Matteo informs me. It’s so comforting it’s like being hugged by the Michelin man who’s wrapped himself in your duvet, and that’s a priceless level of comfort. Also, due to the airy down lining and the thickness of the suede, the Valstarino is incredibly light and travel-friendly.

It’s finished with lovely aged horn buttons and beneath them is a hidden zip fastener. A minor detail that differs to an original A1, is that the Valstarino’s flap-pockets feature inverted-pleats, which add a touch of sartorial elegance. The hand-stitched pockets also have neat side entrances, which can hold small miscellaneous items.

An incredibly versatile garment, the Valstarino can be easily dressed up or down and doubles as a great layering piece. But allow it to do the talking and keep the ensemble simple. The dark blue suede cries out to be sported in the evening whilst the chocolate brown will look at home once the leaves fall. There really is no doubt that the Valstarino will become your go-to jacket this autumn/winter, as the suede will take on a lovely patina, shape itself to your body and mature well with time and regular use. 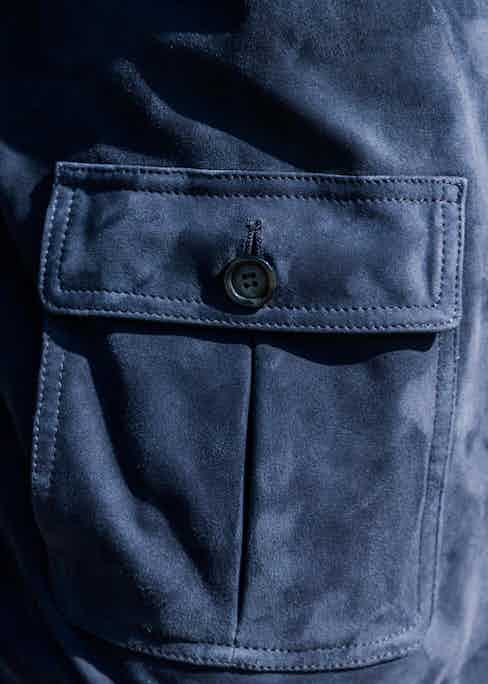 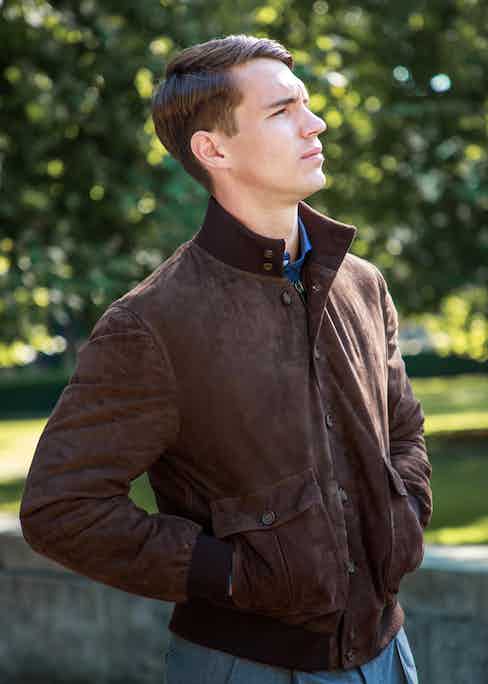