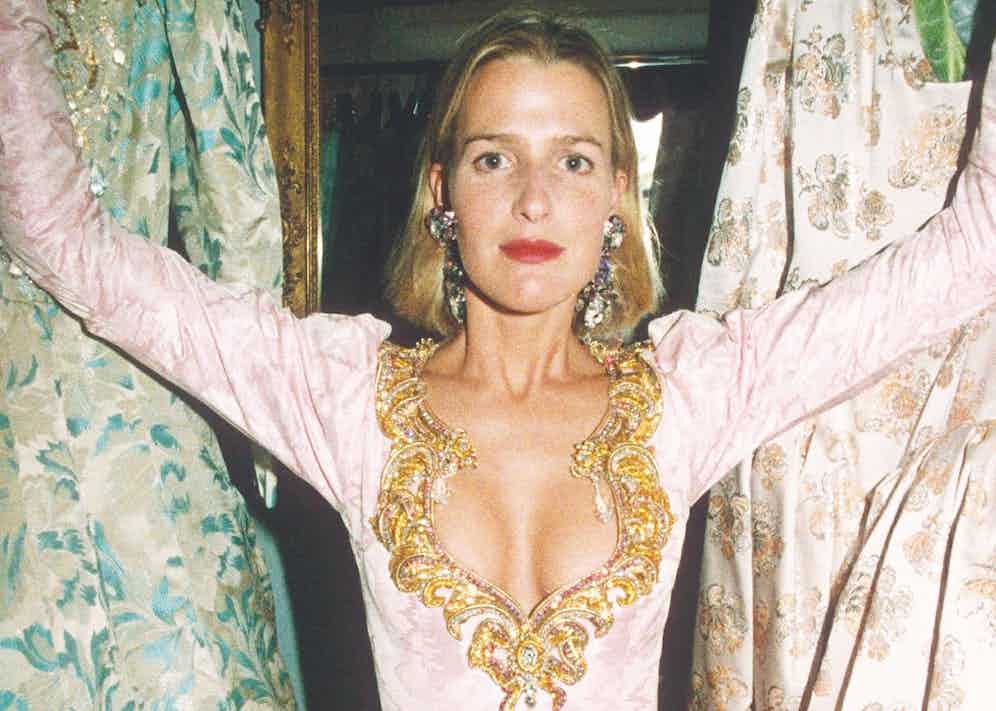 Like so many other nameless British aristos (unless you’re counting Debrett’s), India Hicks could have coasted through a very comfortable, low-key life. A footnote in history as one of Diana’s bridesmaids. All gumboots and tweed on ancestral lands, children named Tarquin and Alisdair, plus ‘the little flat’ in Knightsbridge and first-name terms with the ‘lovely ladies at Harvey Nicks’.

But for Hicks, the model, interior designer, mother of five and philanthropist, an urge to wander was encoded in her DNA. Which is probably what happens when your grandfather happens to have been the last viceroy of your namesake nation.

It was a childhood marked by the peripatetics of privilege. A home base in Oxfordshire, summer holidays on the hereditary Irish estate, and weeks at the Bahamian home built by her architect father, David Nightingale Hicks, that was modelled after the Egyptian temple of King Djoser. Because, well, he could. “As a child I lived on a large estate with exotic pets such as golden pheasants and strutting peacocks,” India once said. “And we may have holidayed in the south of France and the Bahamas, but I only ever wore hand-me-down clothes, including my brother’s scratchy underpants.”

As well as being unwittingly steeped in the business of aesthetics from an early age — her brother was also an architect — Hicks showed the sense of rebelliousness that would characterise the fabric of her life. It was like a glimmer of flinty thread. Or a superfluous simile. To wit, she was unceremoniously kicked out of the Gordonstoun boarding school in Scotland for having lads in her quarters. At which point she strapped on a backpack and traversed India before decamping to Boston to study at the New England School of Photography.

In an ironic twist, she found acclaim in front of the lens, not behind it. As you do when Daddy introduces you to Emilio Pucci in Florence and the Italian master decides he simply must have you in a swimsuit campaign. Channelling the essence of rich-girl rebel seasoned with a dash of bohemian dilettante, everyone from Ralph Lauren and J.Crew to Tod’s sought her modelling services.

After de rigueur stints in New York and Paris, Hicks moved to the Bahamas in 1996. It was here that she began a new chapter that would eventually become a biography. Or, at the very least, a series of bestselling books. For in a happy confluence of skill sets, Hicks knew not only how to design and decorate homes but to photograph them, evoking a Caribbean take on sunshine-marinated cool. With punters the world over gazing covetously at her interiors, retail was the logical next step: she opened the Sugar Mill Trading Company in the Bahamas, selling jewellery, clothing, homewares and anything else that might transform Middlesbrough into Mayaguana.

Hicks’s distinct blend of approachable aspiration was one of the reasons she was picked to host the second season of the Bravo show Top Design. It also led to collaborations with brands as disparate as everybody’s-granny’s-favourite Crabtree & Evelyn to the Home Shopping Network. So much so, in fact, that the India Hicks, Inc e-commerce platform was created in 2015, and a year later it was estimated to have in excess of $10m in annual revenue, according to directsellingnews.com. The initial promise, however, could not be maintained, and the brand was closed in 2019.