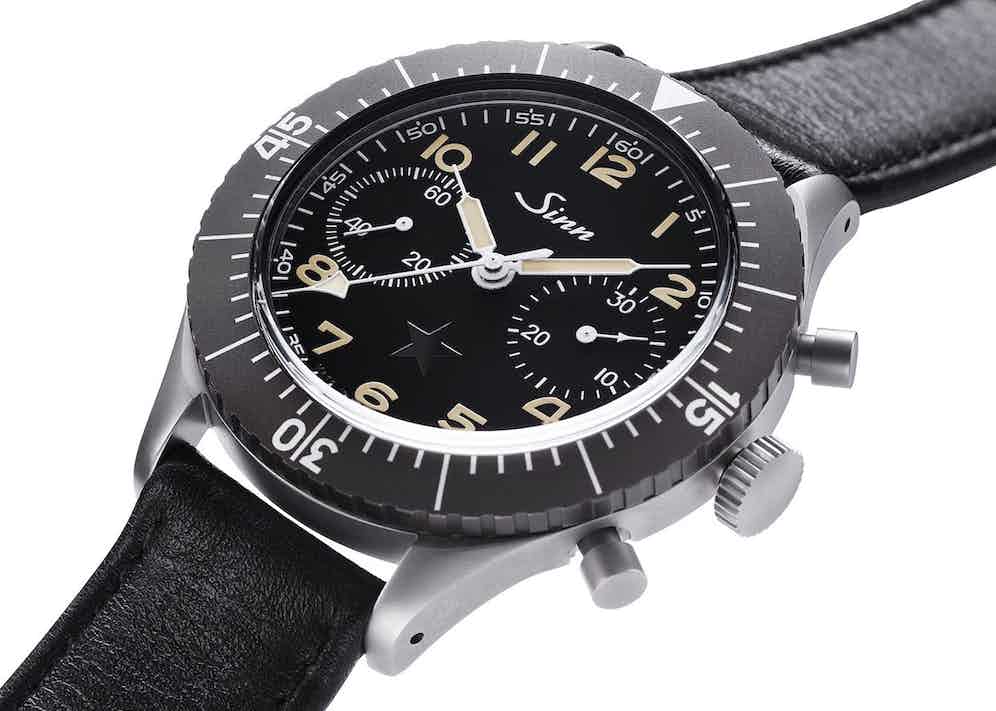 The Bundeswehr watch was designed for military pilots, in the West German Federal Defence Force (Bundeswehr). They were initially made by a company called Leonidas, which was later purchased by Heuer. Sinn’s role in this story came during the 1980s and early 1990s when Mr Helmut Sinn purchased phased-out watches from the inventories of the Bundeswehr and sold these after reconditioning with, inter alia, added SINN lettering on the dial under the label “Bundeswehr Chronograph for Pilots” as the Model 155 Bw.

All watches were fitted with a “Bund” style double layer strap, which was meant to protect the pilot’s skin in the case of extreme temperatures. In 2019 Sinn reissued the 155 Bundeswehr, this time in collaboration with Revolution.

This is the rarest of the three re-editions with just 150 examples made. It features the exact same case, bezel and domed plexiglass crystal as the vintage military watches but in place of the 3H logo you will find a subtle black star that can only be seen in direct light endowing the military chronograph with its sobriquet the “Dark Star”. Revolution had retained this “00” prototype for our archives, however we are now making it available to this cause.