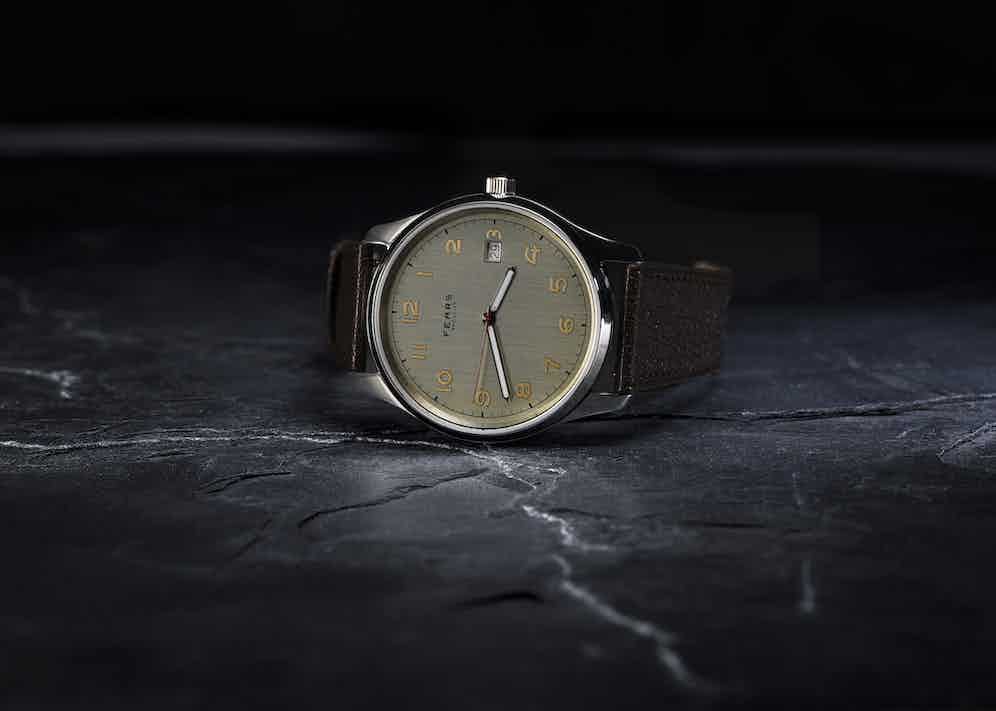 There’s no need to fear a reprimand for not recognizing the brand's name. It began over 170 years ago in Bristol, by talented young watchmaker Edwin Fear. In its day it was one of the oldest independent family-owned watchmaking firms. At its peak, the company was shipping watches to over 95 countries around the globe. But as with many family businesses, that gut-wrenching time comes when a new generation doesn’t have the desire to take it on. And so, the doors finally shut in 1966.

It wasn’t until 40 years later, in 2016 that it was revived by fourth generational member Nicholas Bowman-Scargill. Years of watchmaking enthusiasm circulating through the minds of family predecessors obviously hadn’t terminated during the defunct demise of the business in 1966. Instead, it skipped two generations, when Nicholas decided over a leisurely Sunday lunch to recommence the family business. That decision over lunch wasn’t vocationally that off hand. Nicholas spent 5 years working for Rolex, starting out as an apprentice watchmaker. 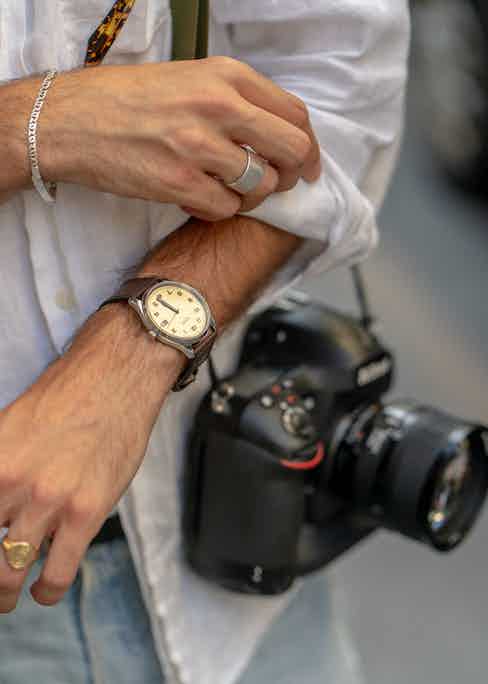 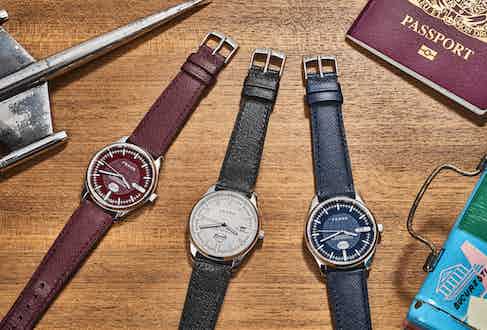 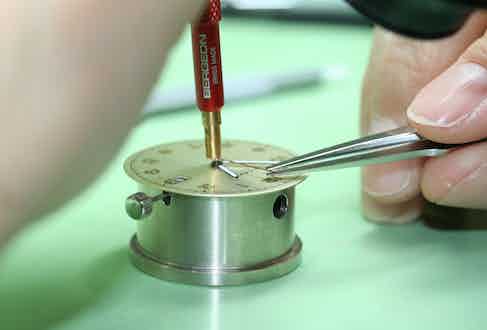 In tribute to the geographical roots of the company, a new line of heritage emerged in 2016, when they released their first wristwatch of the new era, the Redcliff. It was in Redcliff street in Bristol where it all began for Fears. Designed in England but assembled by highly skilled watchmakers in Switzerland, it takes its inspiration from the glamour of 60s international travel. Passengers would often don formal clothes; flight attendants were usually chic young women and there was endless leg room. The Redcliff Continental model epitomises all of these luxuries. It has the ability to show two time zones at once. The hour hand shows the local time, while the 24hr hour disc in the window can be set to display a second time zone - both then use the same minute and second hands. The second time zone can be set to show the time at home when you’re abroad, or the time where you conduct business or where a loved one lives when you’re at home. The elegantly slim case measures 38mm in diameter illustrating its comfort for those longer journeys. Showcasing the power of the quartz, its rare movement offers outstanding accuracy and reliability with its compelling stepping motor. This ingenious material charges itself from ambient light and then glows during the night, making the Fears Redcliff an ideal bedside clock when not on the wrist. 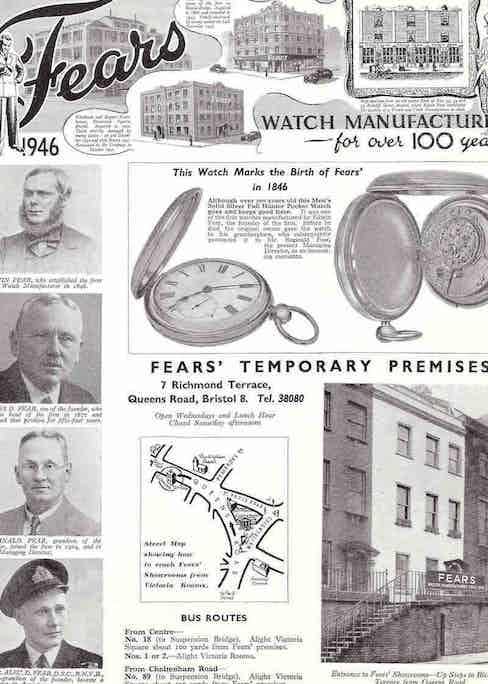 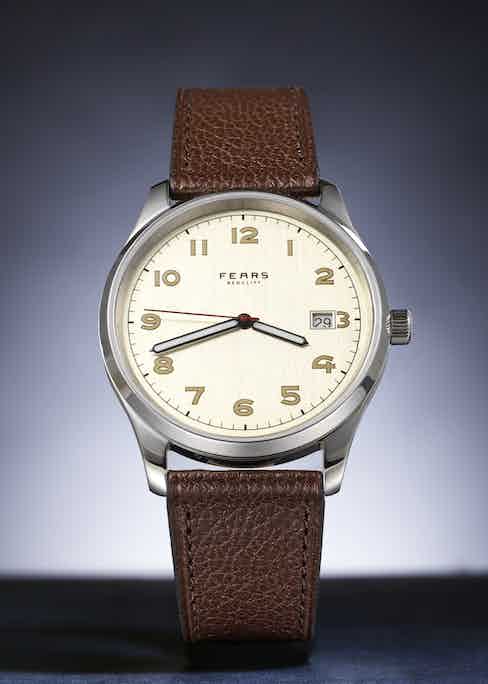 You wouldn’t say the design is overcomplicated, but the detail on the dial can be viewed through a disc of sapphire crystal. Sapphire crystal is scratch resistant, making it perfect as a watch glass, keeping marks and scratches to a minimum. The highly anticipated launch of the latest member of the Redcliff family, the "Streamline" model has just landed on The Rake. The Redcliff "Streamline" takes its inspiration from 1946 in their archive, where its namesake was a popular watch in their centenary range that year. It is a quartz powered watch with a German made galvanised dial with an antique silver colour called 'Forties Silver' and vertically grained finish through to a red central seconds hand and slim brushed case. The Rake also has the pleasure of selling a range of their coveted watch straps. Fears pay just as much attention to the craftsmanship of its interchangeable watch straps as it does to its timepiece heads. Designs come in an array of classic colours and are crafted from robust goat’s leather in Belgium and have an early release attachment function.

Fears is very much a modern watch company, priding themselves on not being slaves to the past, but still preserving their own traditions. In keeping with their mid 20th-century folklore, they present all their watches in dark blue boxes lined in cream - just as they did in the 1950s. If you’re reflecting on the tranquil travels of the 1960s and want something to replicate this feeling, then the Redcliff model could be the perfect timepiece to overlook all that nostalgia. 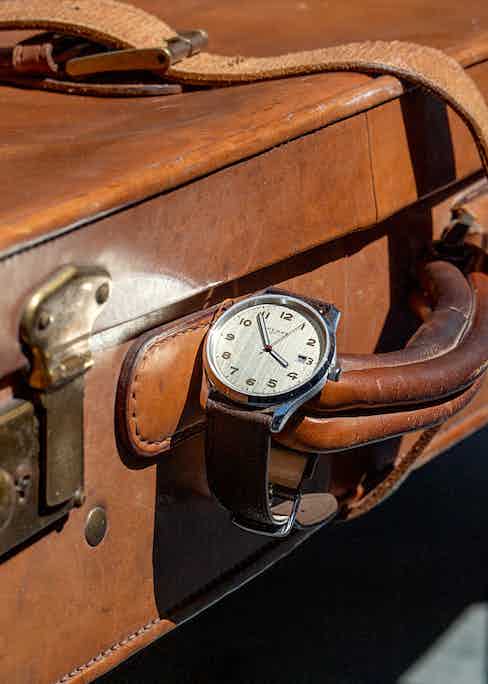 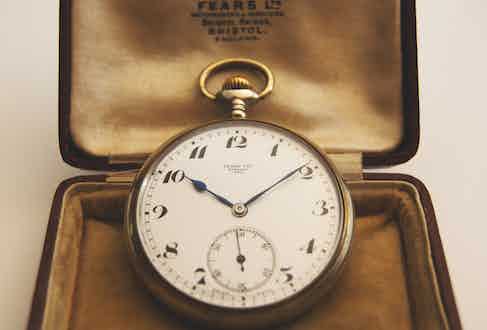 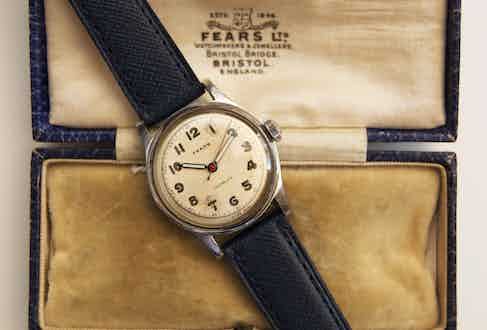