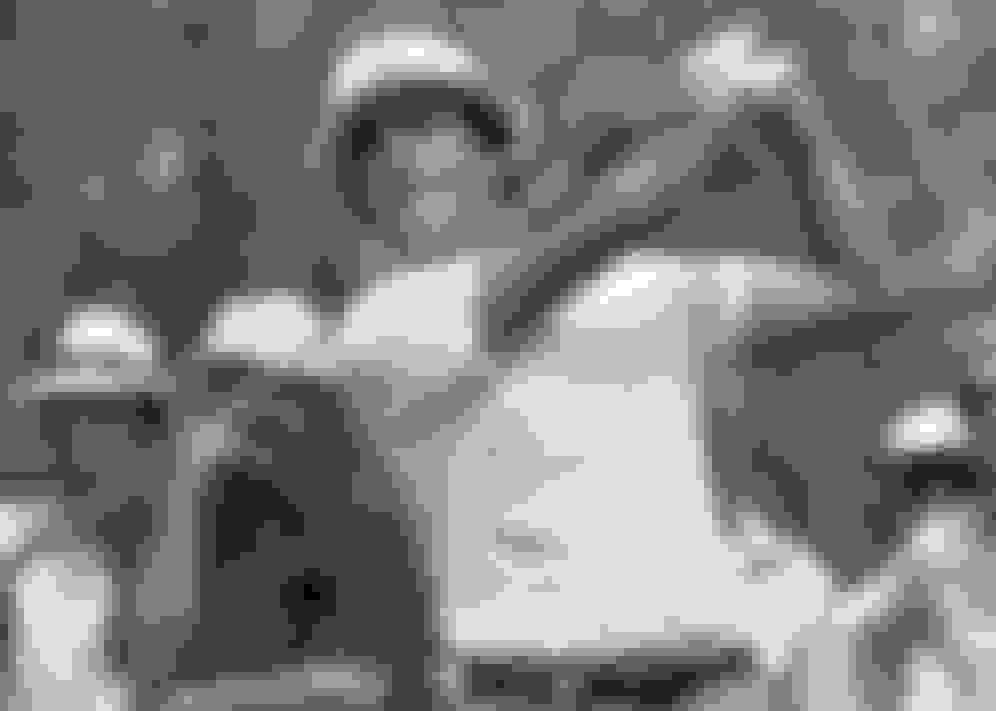 The complexities of the subterranean labyrinth that scientifically and often invisibly controls the pristine, firm, crisp and lush-green appearance of championship standard putting greens, doesn’t get more elaborate than at Augusta National, the world’s most exclusive golf club. An automated underworld of vast piping networks and mechanical blowers otherwise known as ‘The SubAir System’ helps drain and ventilate the putting greens. When the system’s fans blow one way, they provide air to the densely seeded bent grass of the putting surface. This promotes growth. When the fans are reversed, they create a suction effect, and percolate water from the greens. This promotes firmness. Astutely mitigating the forces of nature in this way compellingly tests the skills of the best professional golfers from around world who are invited to take part in the first major championship of the year at arguably the most famous golf tournament on the planet, The Masters, held at Augusta National Golf Club, Georgia. Instead, the 2020 edition at least for now will be remembered for its postponement to mitigate the severity of the widespread health pandemic, Coronavirus. Augusta’s testing greens will be devoid of the frequent plopping sound of the landing golf ball and the cheers of spectators will be completely muted around the girth of the greens in lieu of the audience potentially being deferred to testing laboratories for Covid- 19. At least it delays the opportunity for the small crowd of prats, who turn up each year yelling ‘mashed potato’ or ‘get in the hole’ - the latter usually bellowed at Tiger Woods mid-tee-shot.

The Masters has fallen foul of government intervention where it slips into the category of a mass event. Golf enthusiasts at this stage shouldn’t be perturbed from temporarily giving up the sport they so love: depending on further decree, but should see this as an opportunity to grace the golf course more often albeit playing solo or in pairs. One could assume that Donald Trump, owner of Royal Turnberry in Scotland, wouldn’t like to see a dwindling golf population at his course. The sight of wind-swept green flags and barren fairways flanking the South Ayrshire Coast without a human in view is likely to dishearten the president of the United States of America. To most, it might seem appropriate to capacitate coronavirus as a disaster - and so they should on one hand, but with all its ramifications - zapping away countless opportunities for fun, golf might just be the one activity where we can find solace away from the negativity that this deadly virus is bringing. With this in mind, taking heed in the way you look and feel on the golf course could bear a greater predilection for enjoyment in these dark times. 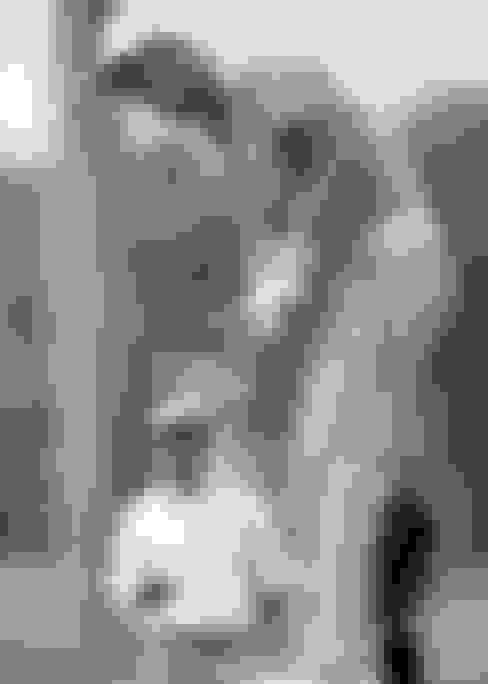 The history of golf style harkens back to when it originated in 15th-century Scotland. Gentlemen wore heavy tweeds, knickerbockers and starched collars. Yet, it wasn’t until much later that its style became sexier, more playful and ultimately less rigid. Bing Crosby, who was at the forefront of Hollywood’s stylish elite during the prohibition era and beyond, always opted for an aesthete that was singularly very classical, but was paired and worn with gaiety, most notably at Agua Caliente, Tijuana - a resort accommodating a renaissance of hedonism for Hollywood’s glamour set. He wore a long-sleeve cardigan, right up until his death: coincidently on a golf course in Madrid after suffering a fatal heart attack. It’s on the bottom half that many come unstuck, but not Crosby-crooner supreme, sticking to his high-rise, wide-leg, gabardine trouser. A classic example is the olive 10oz gabardine trouser from Edward Sexton, except he usually opted for that design in lighter hues such as beige. His easy style was typically capped with pipe and fedora hat.

His great friend Sam Snead, whose nicknames included “The Slammer”, “Slammin’ Sammy Snead, and “The Long Ball Hitter from West Virginia” was admired by many for having the “perfect swing.” It was no surprise then that he won three Masters Tournaments in 1949, 1952 and 1954. Iconic for his straw fedoras wrapped at the base with a colourful or printed tie, Snead had a signature look throughout his whole career, donning a rather laidback style on the course with either a white or yellow buttoned-up polo shirt under a V-neck sweater. It was a more vibrant appearance than that of the great players who preceded him, often wearing the same shade of yellow as King & Tuckfield’ssaffron merino wool textured polo shirt. 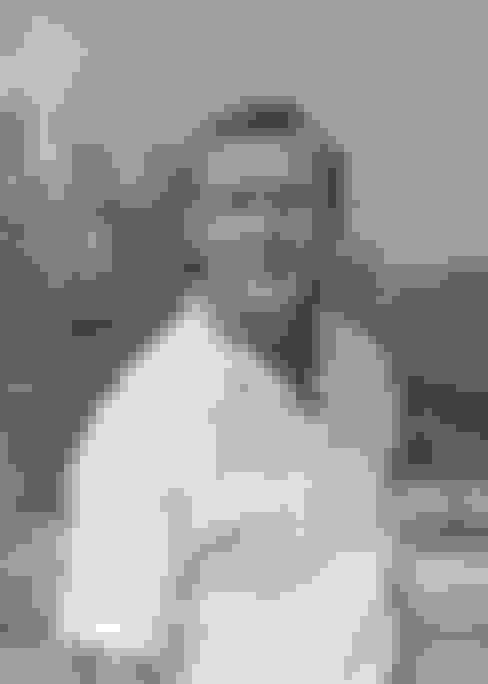 Fresh from another all-nighter on the Vegas strip, it wasn’t unusual for fellow golfers to spot the flamboyant and effortlessly cool Rat Pack member, Dean Martin, at the first tee before lunch. Unlike many other celebrities and professionals of the time who were dressed in archetypal golf attire, you could never predict what outfit he might show up in. He often disregarded prohibitions against shorts, invented by stuffy clubhouse officials, but whatever combination he chose: was downright sexy. He favoured a more loose-fitting polo, either un-tucked or tucked into tennis style shorts that were very much on the tight and short side. He would even be seen chipping out of bunkers with no shirt at all. Checked pants and Argyle knits were also present in his golf wardrobe, often opting for a more regular cut of trouser. Today he’d be wearing something akin to Paul Stuart’s olive window check wool trouser or Magnus & Novus’ chocolate brown brushed cotton ‘weekend’ chino. Occasionally, he sported a polo with a stripe on the edge of the sleeve and collar. The biscuit beige cotton chaser polo offered by Italian knitwear specialist McLauren is a close example. Great friend and regular golfing partner Frank Sinatra once said, “Orange is the happiest colour.” This remark proved to be quite true, where the pair were often seen larking around on the course with Sinatra frequently in an orange polo shirt. Unknown as to whether he was privy to Brescia based McLauren – today their burnt orange cotton-mix Balmoral polo would’ve provided the perfect foil for such humour exchanged between the pair on the course.

The level of devotion to Arnold Palmer as a gifted golfer and personality was quite something to behold. And quite rightly so. But the superior reason for luring in this mass appeal, was that he always looked so good playing golf. Blessed with a pugnator-like physique, with broad shoulders, slim waist, muscular arms – he looked like a movie star and dressed like one too. His trouser tones were usually a spectrum of greys ranging from stone to charcoal, nearly always with a crease down the middle. He was a master at pairing a polo with the right shade of trouser. Think back to the World Series of Golf, 1963 at Firestone Country Club, Akron, Ohio when he opted for a striped number, tucked into the waist of a pleated trouser such as Kit Blake’sdove grey pleated wool flannel Aleksander trousers. It is no coincidence that a certain selection of pros in the current generation who have a cult following, boast a trademark look. There’s Shingo Katayama’s straw sombrero and studded belt, Jasper Parnevik’s upturned bill on his baseball cap and Ian Poulter’s tartan trousers. None of the them won the coveted Green Jacket, or even a single major, but it is their desire to push the boundaries of style that made them stand out. They’re all part of the old-guard of the current crop of players. The decline of eccentrics and liberal minded hot-shots in the new wave of golfing royalty is laid bare for people to see. Advancements in textile technology and an entourage of performance enhancing gurus behind each professional, hammering down stringent diet measures, has zapped away much of the fun for golf followers. Designed to improve performance, fabrics now tend to be stretchier for ease of movement or shinier to wick moisture. Wrong technical advice on Tiger Woods’ golf swing contributed to his incredible downfall. Who remembers a youthful Tiger Woods win the 1997 Masters Championship? On one day he wore reverse double-pleated light grey trousers, with a loose-fitting ribbed royal blue polo shirt. He looked charming and dare I say it ‘comfortable’. Wrapped up in all the convoluted science behind gaining those minute performance advantages, you’re likely to see him wearing a tight fitting round neck t-shirt, tucked into some flat-fronted black chinos and black golf shoes of the trainer variety. It was his attire when he remarkably defied all of the odds to win the 2019 Masters. It is by no means a strong representation of what others are wearing, but an example of how fashion has changed in 22 years.

In fact, it was in the 1990s that heralded some of the sport’s most iconic looks from some of the most adroit golfers of all time. There was two-time major winner John Daly, whose collection of kaleidoscopic trousers nearly eclipsed his blonde mullet. Spaniard Seve Ballesteros liked a bright pink V-neck along with a compilation of pastel coloured trousers that were more of the Italian style of cut. Or there was fellow Spaniard Miguel Angel Jimenez who was rarely seen without a Cuban cigar on the fairway, sporting a phenomenal selection of indie-style striped polo shirts. One that springs to mind today is McLauren’s biscuit beige, orange and teal-striped cotton polo shirt.

There’s this preconceived idea that strict dress codes chartered by a long history of snooty member officials doesn’t allow one to dress with pizzazz and panache. While the dress codes are put in place in good faith, there is an abundance of ways to be eccentric and experiment within the parameters of the code, if you choose wisely. And there is no better place to peruse your golf attire selection for this summer than at TheRake.com.