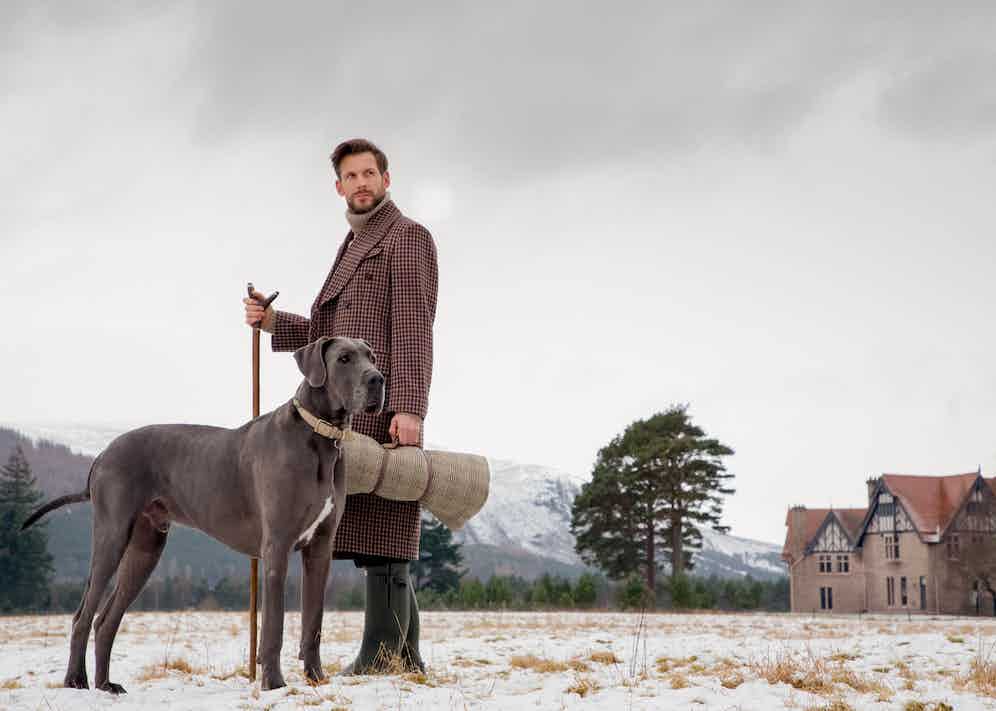 Of all of the items of clothing housed within a gentleman's wardrobe, there is no more impactful than the great coat, that cape-like, gravity-abuser of an overcoat. Scale is its trump card, falling from the shoulder in a strong silhouette all the way down to the shin or ankle, where it flirts dangerously with the floor. Worn open, the great coat is voluminous, even more so when its wearer is striding away. Fastened at the front, it becomes more akin to a coat of armour. Of course, like many enduring menswear pieces, the great coat can thank military heritage for its inclusion in the canon of modern menswear. As early as the 17th century, early forms of the woollen great coat were being worn by all social classes, but it wasn't until the late 18th century that it became a military must-have and continues to be a staple coat for forces around the world (more practical outerwear has replaced it in battle, but the great coat still plays a key part in military pomp).

What we love about the great coat is its literal and figurative magnitude. It's a coat that makes you double take, to marvel at even. Its grandeur is on a scale that a pea coat - that other military icon -cannot compete with. Its size, too, creates stature, more so if one is already packing some heft. For slimmer, less imposing figures, the great coat can be too much of a good thing, but for most men it will herald a significant upgrade in winter attire. With that said, we've selected our favourite styles on TheRake.com, which you should most certainly consider for protection against the meanest impending vestiges of this winter and beyond, for the great coat is an investment you can bank on for a long time to come.