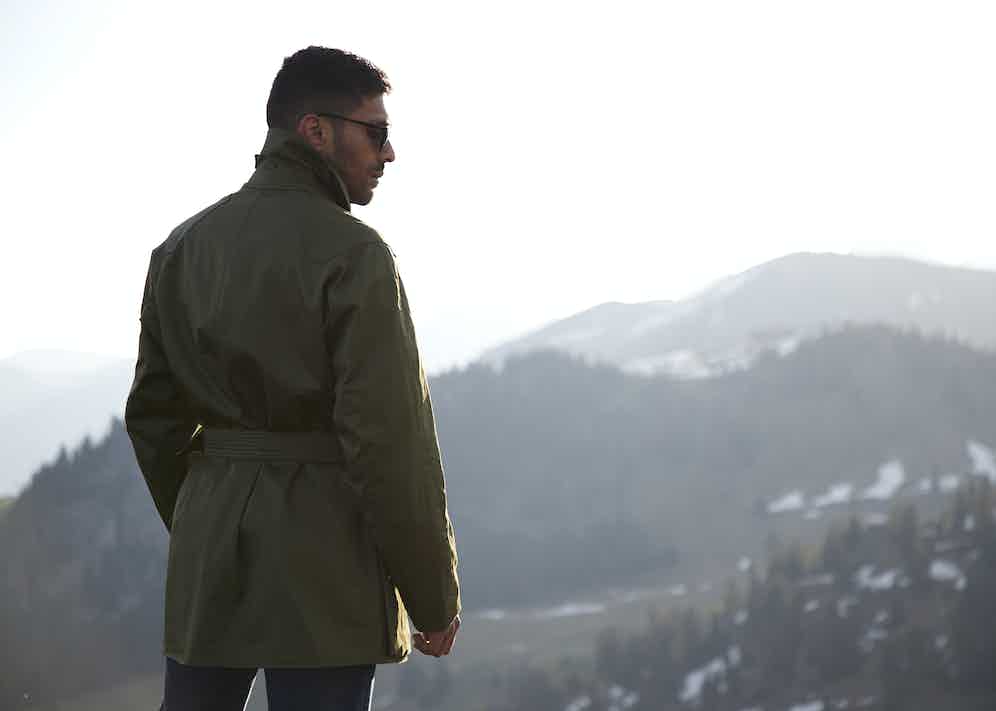 Most companies are named to bring glory to the owner. Not so Grenfell, which takes its moniker from theremarkableman whose needsand deeds inspired theestablishmentofthis British manufacturer of robust cloth and outerwear.

A few years earlier,the good doctorhadconducted a speaking tour of Britain, in an attempt to raise awareness of the Canadian fishing community’s struggles and drum up funds for further philanthropic activities. Among the numerous basics lacked by the residents of Newfoundland and the Labrador Peninsula, Grenfell explained, was suitable attire towithstand the forbidding climate of this remote wilderness.

During a talk inBurnley, Lancashire,Grenfell— who once had to kill and skin three of his dogs, wearing their pelts as coats to survive a night adrift on the ice —discussed the need for a cloth that was both light and strong, as“the wearer’s life might well depend on it. It should be weatherproof, to turn both rain and snow, andwindproof to retain the wearer’s warmth. Above all, it must allow the body’smoisture to escape.”

Grenfell was delighted with thefabricand immediately put it to work “on the ships, planes, sledges and for motoring,” he wrotein a letter of thankstoHaythornthwaite. “It really has been a boon to us all and I think the public should know of it. They will be grateful,” Grenfell said, agreeing to lend his name to what would soon becomerenowned as Grenfell Cloth.Thismiracle material would be used by countless adventurers, includingAmelia Earhart and fellowaviatrix Amy Johnson,mountaineer EricShipton,anddaring speedstersStirlingMoss,Malcolm Campbell and son Donald.

In the 1940s, just a few years after 75-year-old Sir Wilfred Grenfell died peacefully in his sleep, the companynamed in hishonourbranched out from simply milling textiles and started producing its own outerwear.They continue to do so today, under the stewardshipof theAzamfamily. Since acquiring the brand in 2002,theAzamshave transformed what was for some time a dormant concern into a thriving purveyor of top quality weather-resistant garments.

Now produced at a factory in east London, Grenfell’scontemporary range focuses on four key areas: trench and raincoats, field/country coats, overcoats, and casual jackets. Each garment is overseen by an individual craftsperson, responsible for ensuring the quality of its composition and construction — guaranteeing the performance and durability of any Grenfellitemyou order from The Rake.

The great humanitarian Dr. Grenfell himself once said, “The purpose of this world is not to have and hold, but to serve.”In that spirit, please, allow us to gladly satisfy your outerwear requirements.