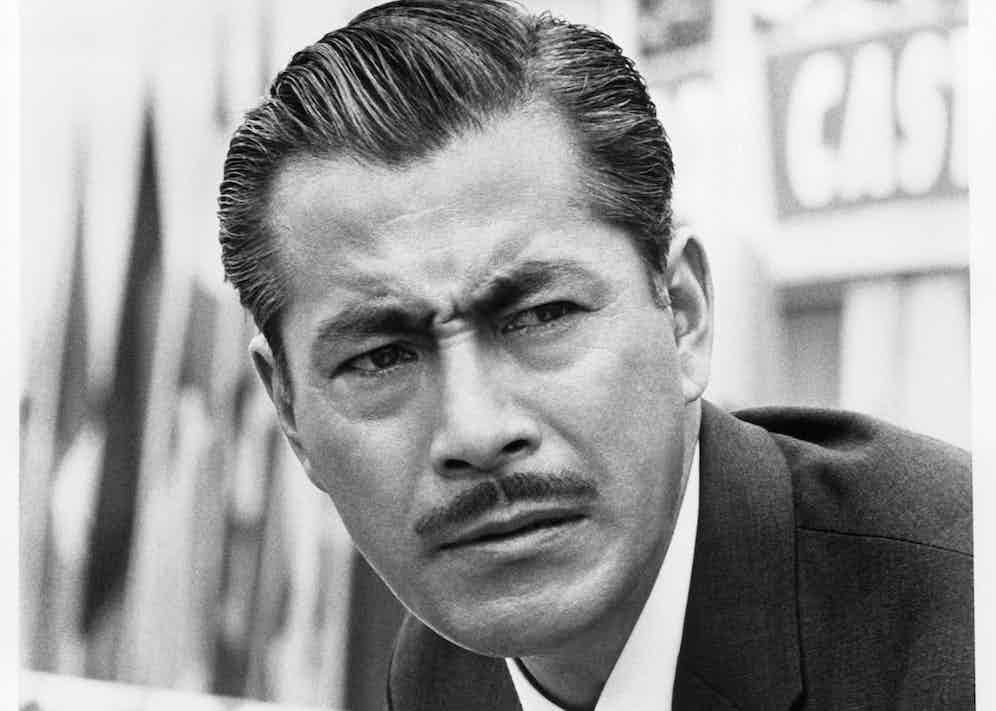 Toshiro Mifune in a scene from the film Grand Prix, 1966. (Photo by Metro-Goldwyn-Mayer/Getty Images)

The best actors disappear into their roles; the most transcendent come to embody the archetypes they portray. Thus, John Wayne became inseparable from the image of the granite-jawed, bow-legged, morally righteous cowboy, and Joe Pesci’s bug eyes and tightly wound demeanour inevitably come to mind whenever the spectre of a homicidal mobster is summoned. And the down-on-his-luck samurai, equal parts arrogant and bemused, who wanders into a lawless village and sets matters right? Look no further than Toshiro Mifune. 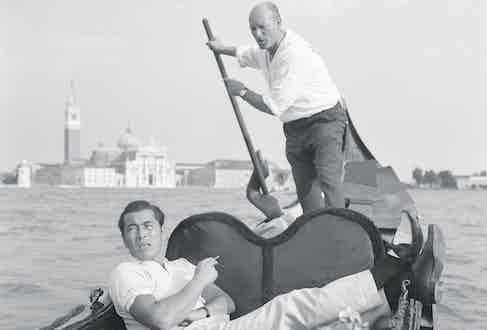 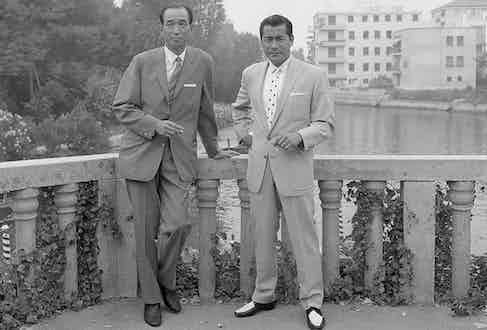 Look no further, in fact, than the scene in 1961’s Yojimbo, one of the many samurai epics that Mifune made with the towering Japanese director Akira Kurosawa, where Mifune’s man with no name, sword poised in his kamishimo, stares down a bunch of goons on a dusty street before dispatching them in a measured, more-in-sorrow-than-in-anger kind of way. The adversaries are all about silent-movie face-pulling and expansive gesturing, in the highly stylised manner of Japan’s ancient Noh theatre, while Mifune’s moves are economical, almost feline in their quicksilver flit. “A samurai, in the world’s eyes, has Mifune’s fast wrists, his scruff, his sidelong squint,” wrote Moeko Fujii in an essay for the Criterion Collection to mark Mifune’s centenary in 2020. “He may have played warriors, but they weren’t typical heroes; they threw tantrums and fits, accidentally slipped off mangy horses, yawned, scratched, chortled and lazed. But when he extended his right arm, quick and low with a blade, he somehow summoned the tone of epics.” 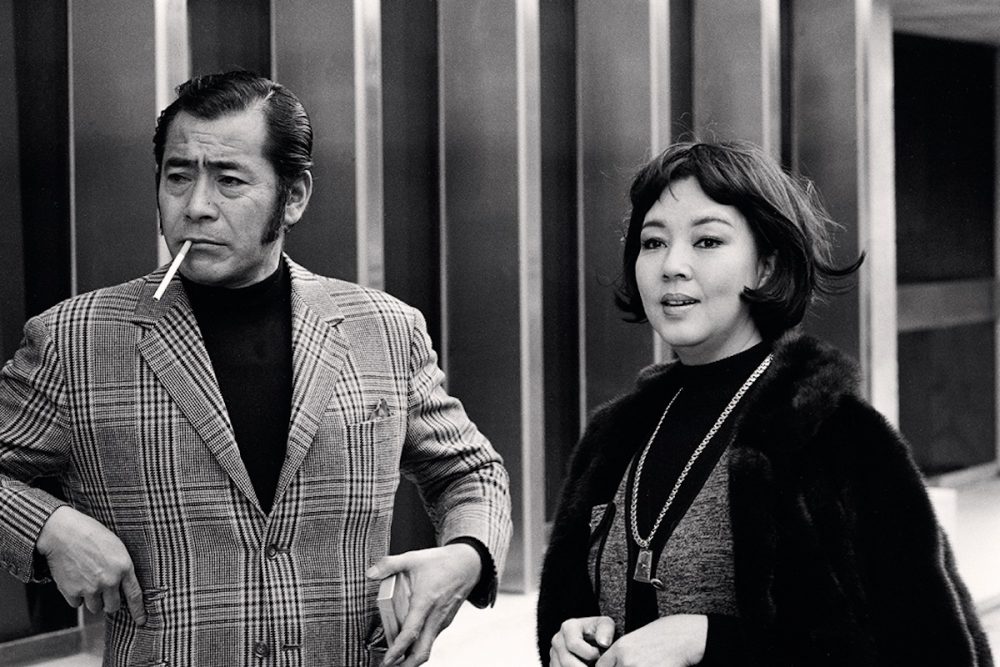 With the actress Machiko Kyo in Paris, 1974 (Photo by Michel GINFRAY/Gamma-Rapho via Getty Images)

Mifune’s collaboration with Kurosawa is one of the great screen partnerships, a gift-that-keeps-on-giving on a par with that of De Niro and Scorsese or Bill Murray and Wes Anderson. They made 16 films together, from 1950’s Rashomon— whose tricksy plot involving differing accounts of a samurai’s murder made their international reputations and garnered Kurosawa the Oscar for best foreign film — to 1954’s The Seven Samurai and 1957’s Throne of Blood, a darkly brooding adaptation of Macbeth. Mifune became Japan’s leading international celebrity after world war II, but was characteristically self-effacing about his talents. “I’m not always great in pictures,” he once averred, “but I’m always true to the Japanese spirit.” 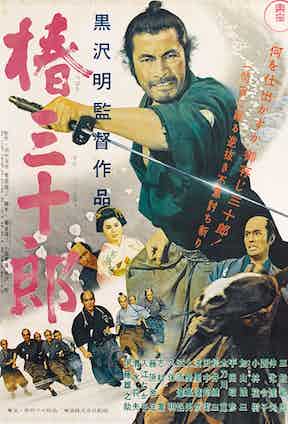 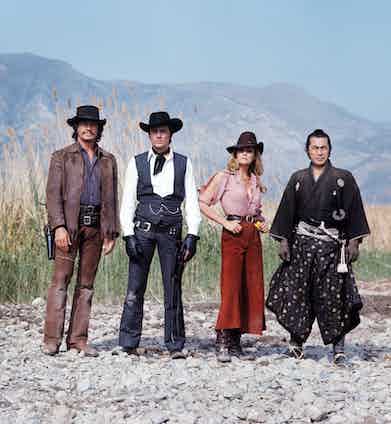 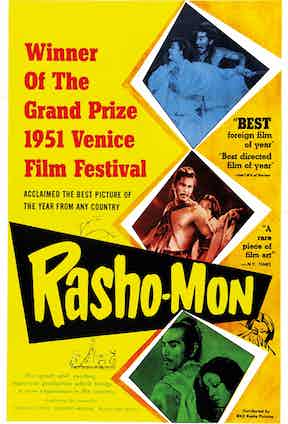 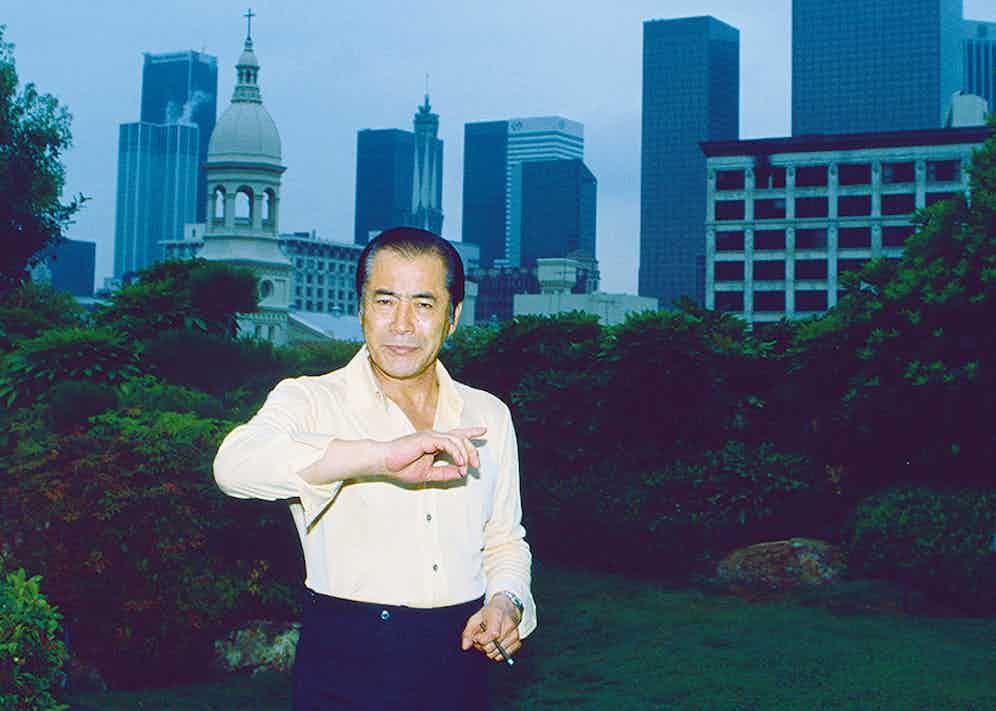 That spirit — aloof, charismatic, mercurial — didn’t go unnoticed in Hollywood. Sergio Leone’s 1964 spaghetti western, A Fistful of Dollars, starring Clint Eastwood as The Man With No Name, was ‘inspired’ by Yojimbo to such a degree that it resulted in a successful lawsuit from Kurosawa’s production company, and a legendary letter from the director to his Italian counterpart: “Signor Leone, I have just had the chance to see your film. It is a very fine film, but it is my film.” Similarly, George Lucas has often cited 1958’s The Hidden Fortress — in which Mifune’s sword-wielding general tries to lead a young princess through enemy territory with the help of two bumbling peasants — as a key inspiration for Star Wars (Mifune reportedly turned down the roles of both Obi-Wan Kenobi and Darth Vader, fearing that the special effects would look too clunky). Perhaps that’s why Hollywood continues to revere him. Eastwood opined that “meeting him was like meeting the Asian equivalent of Clark Gable... He will always be the great samurai for us.” Steven Spielberg marvelled at his courage and “the way he just explodes on screen”. And Quentin Tarantino, perhaps the ultimate cinephile, provides his own homage by making Mifune the favourite actor of Cliff Booth, the stuntman portrayed by Brad Pitt with not a little of Mifune’s breezy suppleness in his recent novelisation of Once Upon a Time... in Hollywood.