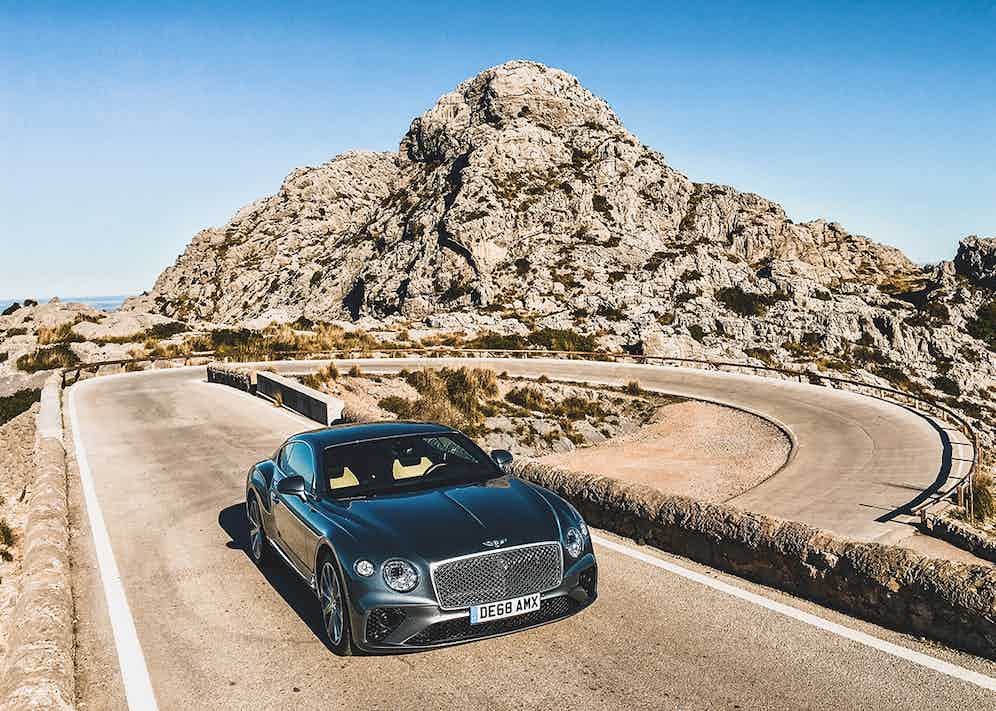 Mallorca is that rare combination of everything one looks for in a Mediterranean island – beauty, abundance and accessibility. As the largest of Spain’s Balearic Islands, it’s big enough to get lost on, yet small enough that you can swiftly develop an intimacy with the island's towns. It’s blessed with scores of beaches and calas – those narrow rocky inlets of impossibly turquoise waters tailor-made for afternoons of cliff jumping, swimming and lazing under the sun – as well as tall rugged mountains. It’s blanketed by endless olive orchards and vineyards and peppered with handsome and inviting stone villages.

Picturesque, fashionable and unpretentious, when it comes to the postcard-perfect Mediterranean isle, Mallorca vies for top honours. With an embarrassment of aesthetic riches, however, it’s easy to overlook another of the island’s major attributes: its roads. Covered with a maze of narrow, twisty and perfectly surfaced roads, they’re the stuff of dreams. Massive climbs and plunges in elevation, innumerable parabolas, and breathtaking views in nearly every direction, the extensive networks of rural roads in Mallorca are destinations in themselves, a journey of exhilaration and pleasure.

Famed road chaser and photographer Stefan Bogner recently wrote, “There is far more (than just beaches) to discover on Mallorca – a complex, sublime and rugged island, abundant and full of energy. The roads are among the best that asphalt has to offer; they are a festival of soulful driving.” It’s the recipe for the ideal gentleman’s getaway and so I headed to Mallorca, for the very first time, for an extended weekend of investigative recreation. And I went with what is perhaps the greatest set of wheels in the world waiting for me: a brand new 2019 Bentley Continental GT. 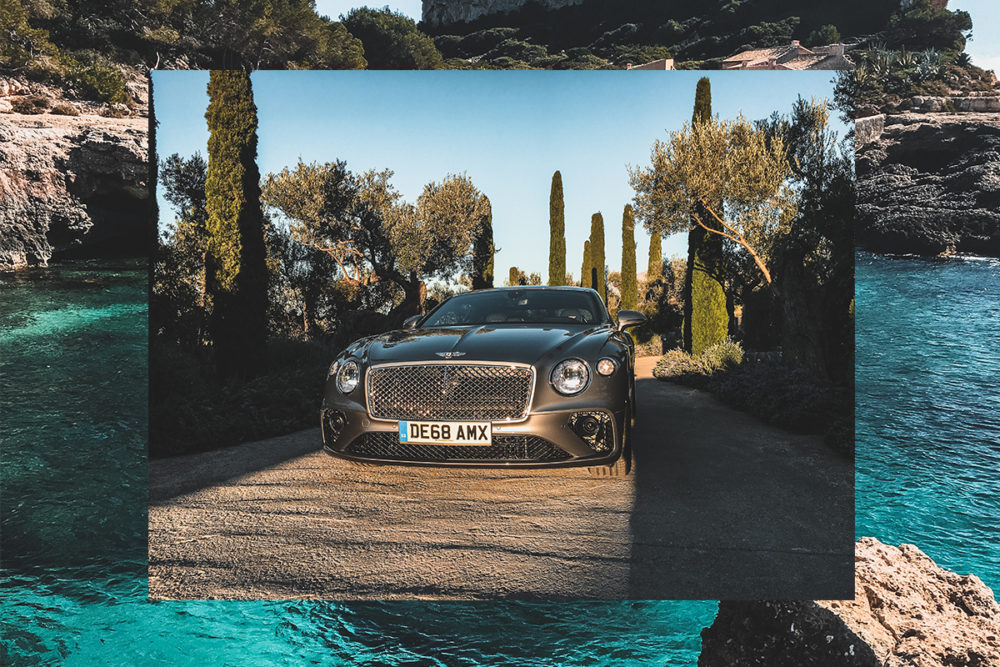 Erase whatever misconceptions you may have of a stuffy English clubroom on wheels. Bentley was born as a performance machine and has boldly reclaimed its birthright. Remember the back-to-back wins at Le Mans in the 1920s with those dashing bons vivants, the Bentley Boys? Bentley has successfully returned to its origins, producing automobiles that have once again won Le Mans as well as setting a world record at Pike’s Peak (one of the world’s most prestigious hill climbs). And don’t forget, when Ian Fleming first created the world’s greatest secret agent, James Bond, the arbiter of impeccable taste and masculine refinement, he had 007 driving a supercharged Bentley.

Bentley may be synonymous with opulent trappings of leather and wood, but it is also a machine of epic supercar performance. Endowed with the much heralded W-12 engine boosted by twin-turbochargers producing a mind-blowing 625 horsepower, the new Continental GT doesn’t just look like a bullet, it performs like one too. Champagne may be appropriate in a Bentley but drinking it may be tricky at speeds of 210mph.

The timing of my visit to Mallorca couldn’t be better. The island is so popular in summer that it is, by many measures, notoriously over capacity. Having never been before, all I can say is that arriving in early spring I find a paradise reminiscent of what legendary poet and author Robert Graves might have known. After suffering traumatic effects as a soldier in the First World War, Graves withdrew from England to Mallorca where he would live the rest of his life and create his greatest works. “I chose Majorca as my home … because its climate had the reputation of being better than any other in Europe,” he wrote. “I found everything I wanted as a writer: sun, sea, mountains, spring water, shady trees…and civilized luxuries.” 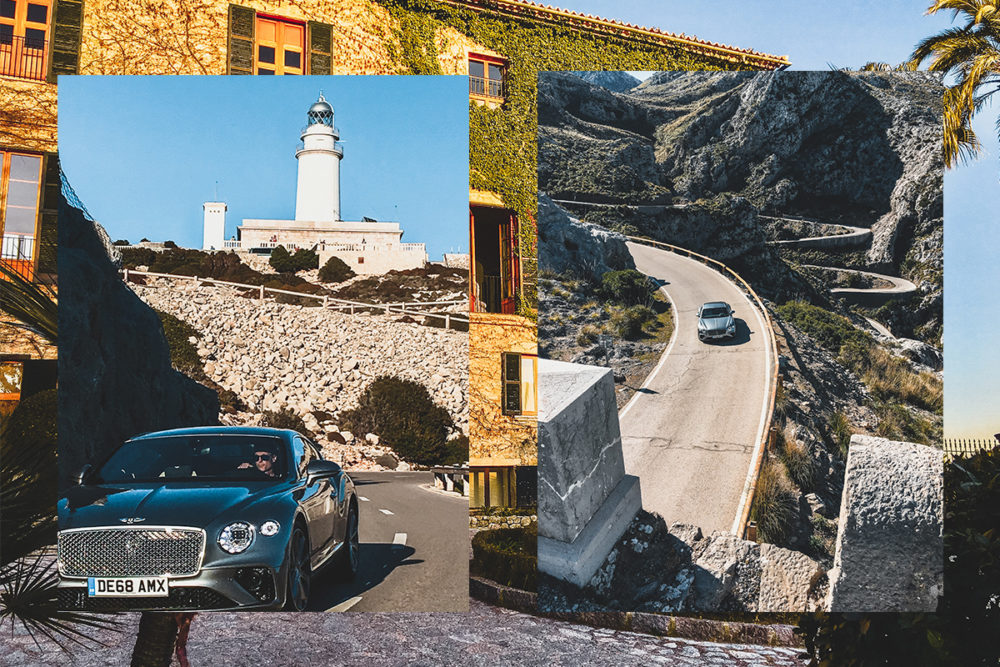 And I soon found everything I wanted too. The tales of glorious roads seem to be centred in the Tramuntana Mountains – a range of jagged limestone peaks that crosses the northern whole of the island. So I began my journey on the western edge and checked into the grand villa Son Net. This gorgeous 17th-century property commands a hilltop above the village of Puigpunyent. It was purchased some time ago by a New Yorker with impeccable taste who carried out an extensive restoration and then used the historic manse as his personal holiday house. Finally, he opened Son Net to guests, wisely keeping a suite all to himself, and it gradually became what it is today – one of the best boutique hotels and restaurants on all of Mallorca.

Not far away, in the middle of the sun-soaked Tramuntana range, is a road that for almost a century has been the focus of a challenging hill climb race called the Puigmajor. In what Bognor calls a “serpentine inferno,” the zig-zag to the crest of the infamous summit of Coll de Soller is the stuff of legends. Naturally, I planned to head there first. It was early in the morning on a Friday and this road was blissfully empty. Powering through the paddle shifters, each gear change on the Bentley produces a thunderous cough that lights my face with a smile. The car feels as solid as a tank yet as light as a feather. The Pirelli Zero tires grip the surface of the road with supremacy and the potency of the engine can be sensed with even the most delicate touch. It’s a rush to the head and the feeling of invincibility is omnipresent. Taking full advantage of the opportunity, I lose myself in the experience and realize, several hours later, that I’ve covered 300 kilometres of this splendid island in this super grand tourer. And the next day proved exactly the same – all without retracing any of the same roads. 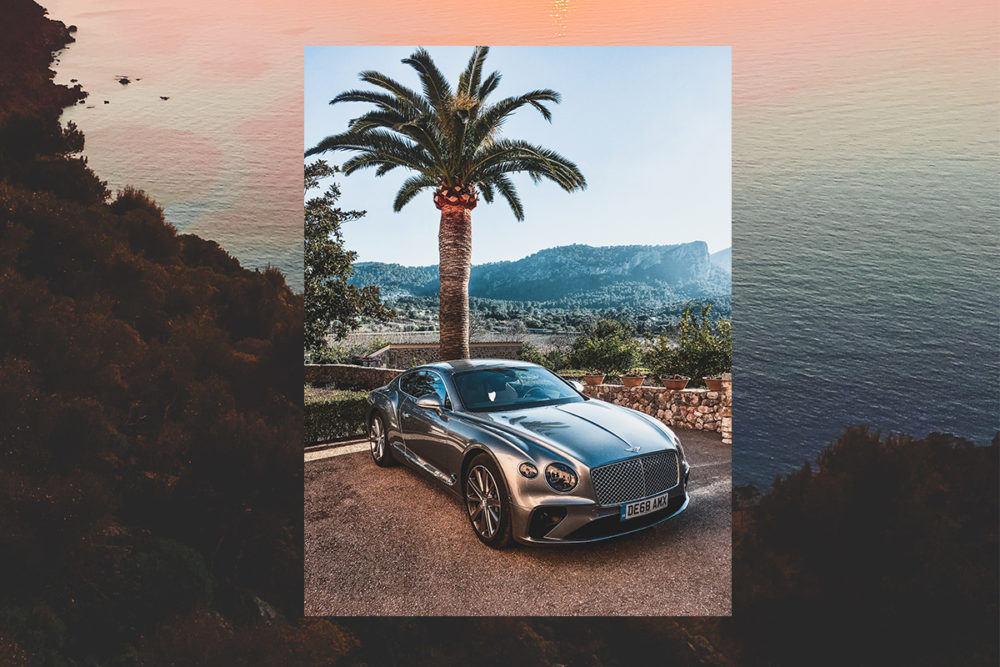 My final day was spent on the eastern side of the Tramuntana Mountains at another stunning historic villa, Son Brull. Located in the countryside near the town of Pollença, the impressive stone structure was for centuries a self-sufficient monastery. Expertly restored and repurposed as a luxury boutique hotel, the emphasis has been kept on producing its own organic food and the surrounding orchards and vineyards lend it an air of a Balearic Provence. From here, too, roads of twisting discovery scatter in every direction and regardless of the destination, the journey – especially in the Bentley – is dreamtime. Driving this magnificent British supercar across this lovely island, I felt imbued with the rakish posture of Bond and the poetic spirit of Graves. The combination of power and refinement with the balance of performance and art was just perfection. Paired with one of the most gifted machines ever built by the hand of man on one of the most beautiful islands created by the hand of God, I’m reminded of the delicious advice given by Gertrude Stein to a searching Robert Graves, “If you’re looking for paradise, Mallorca is it – if you can stand it.”