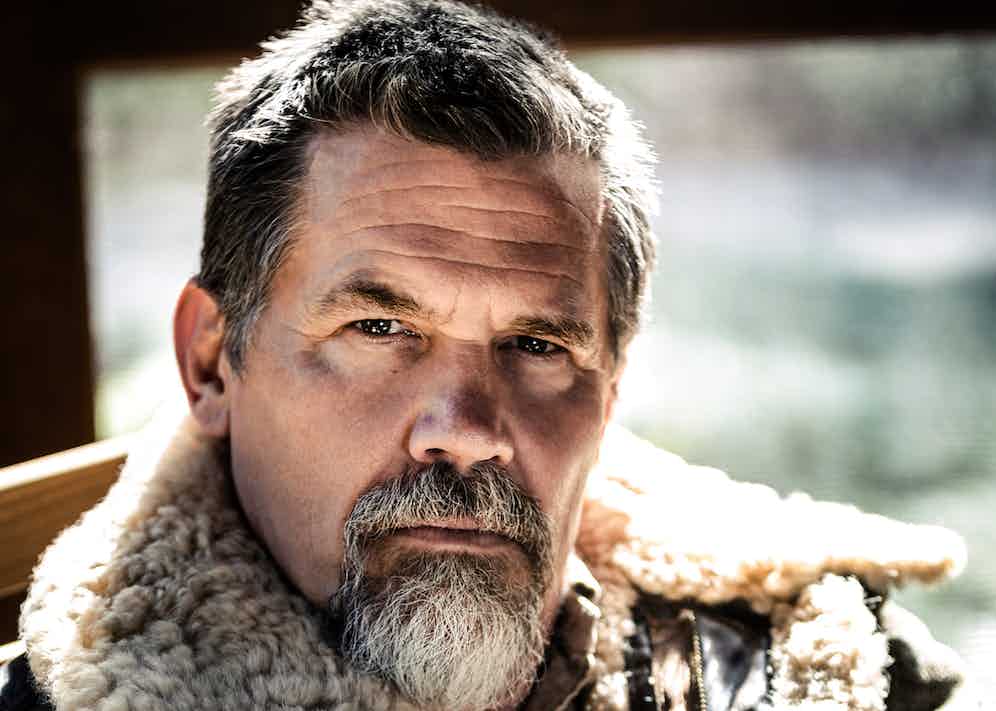 The story goes something like this: there is a boy who floats, and his father thinks it’s wonderful until he sees how it frightens other people, so he weighs his son down with rocks in a rucksack in order to stop the gesticulations, derision and judgment. The boy escapes from his encumbered bag and floats in a playground, whereupon his father admonishes him for not being normal and the boy cries a solitary tear.

It was at this point of the retelling of the Pixar short film Float — three hours into an hour-long interview — that Josh Brolin and I both began to weep. It reminded me of my twin brother’s best-man speech on my wedding day. It was a verbal peregrination jam-packed with wit, laughter and light teasing until he turned it on a penny with a single line, and all the guests simultaneously began to tear up — except my Edwardian father, who hasn’t cried since England won the 1981 Ashes series. 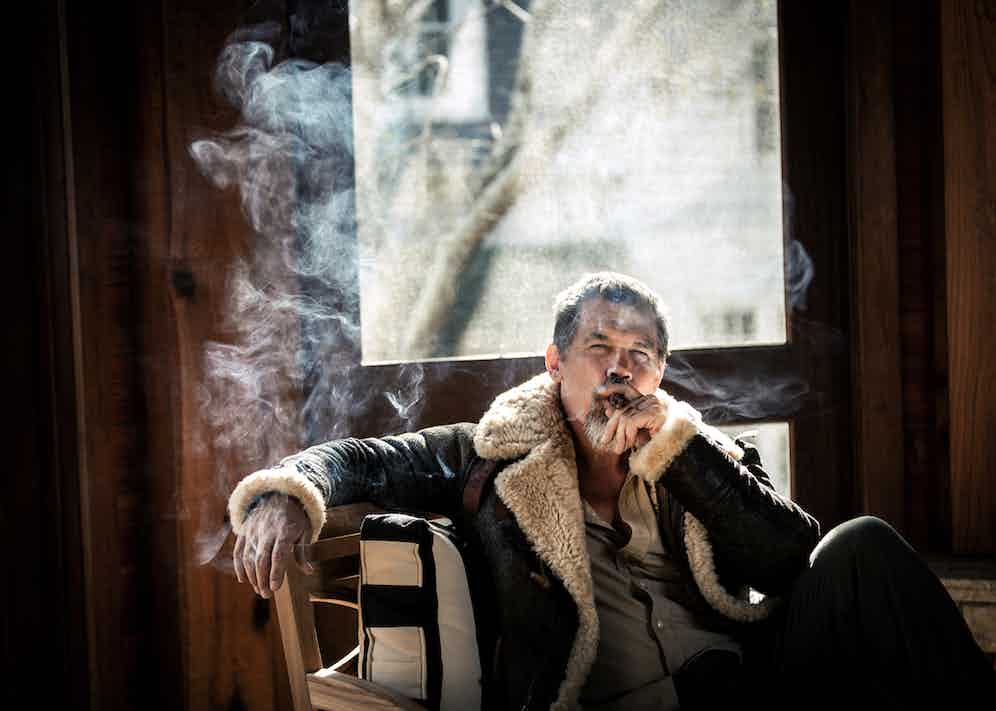 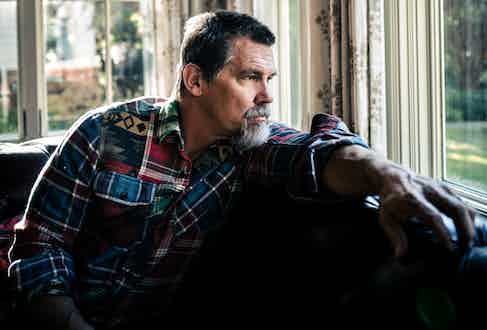 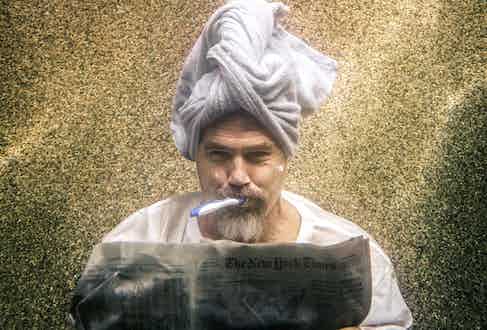 As much as I went into the interview with Brolin knowing it could go any direction — watch how ebullient and off-script Josh is in chat shows — I didn’t think that was where we were going to go. A chat with Josh Brolin is a journey, it’s not a cookie-cutter process that can sometimes be the case with these kinds of interviews. He brings his truth with him: he is nothing if not authentic and honest. He is someone deeply committed to discovering the human condition, and he searched for it in me despite the interview being about him.

Nothing about Brolin’s upbringing was particularly conventional. He grew up in Paso Robles, California, what he calls “Steinbeck country, blue-collar and bucolic”. It is now known for its winemaking prowess, but back then it was more livestock than agriculture. It was there he worked from a very young age in his birth mother’s (he refers to his father James Brolin’s current wife, Barbra Streisand — the very same — as his mother) 230-acre Carole Baskin-esque ranch, looking after rescued wild animals including lions, wolves and bears. He says: “I would get up at 5:30am every morning and drive a 1978 green Chevy truck with a couple of phone books under my ass so I could see over the steering wheel.” 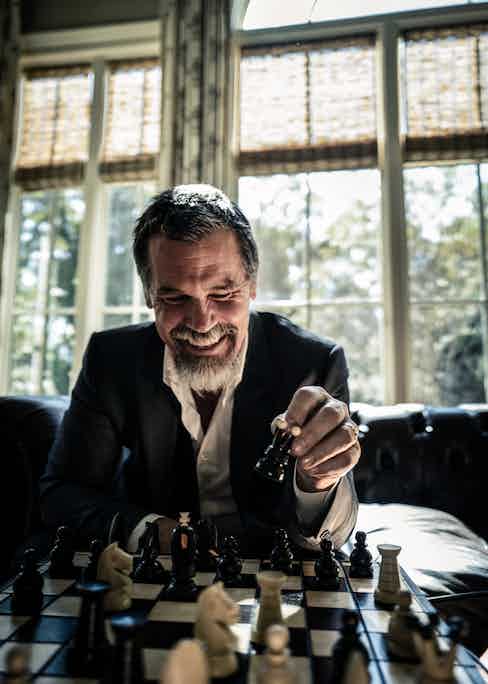 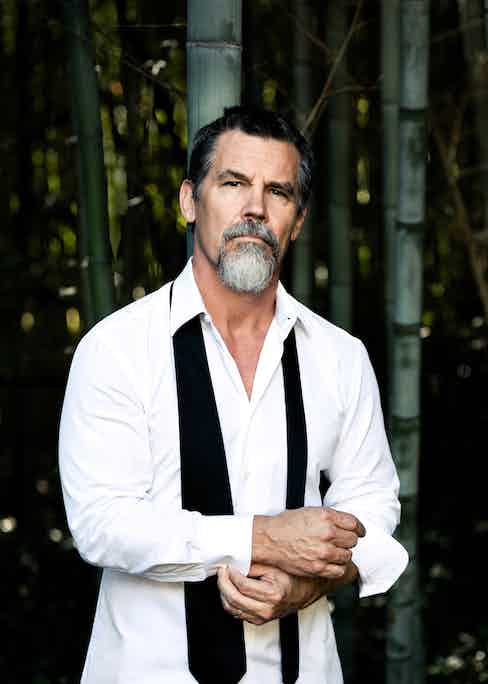 The day-to-day routine would involve working with the sixty-plus horses on the farm, but there were also the animals his mother looked after before she released them or sent them to a zoo. “My mother was perhaps the number one most irresponsible mother of all time,” he says. His brother ended up with 60 stitches in a leg because a wolf had escaped from its cage. “But my mother thought if you were a boy, you were a man and did ‘manly’ things,” Josh adds. It seems like his experience at the ranch had a larger bearing on his future vocation than the fact his father was an actor. He says: “I think [my interest in acting] was maybe in the fascination in why people do what they do, because I was so confused at such an early age and was privy to a lot of insanities.” 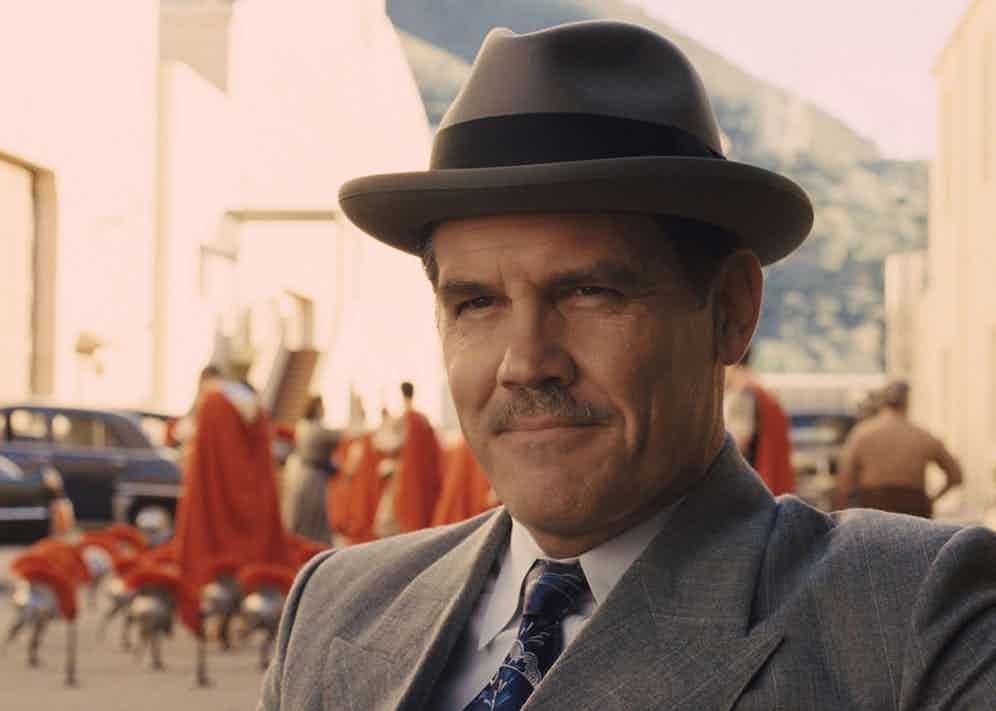 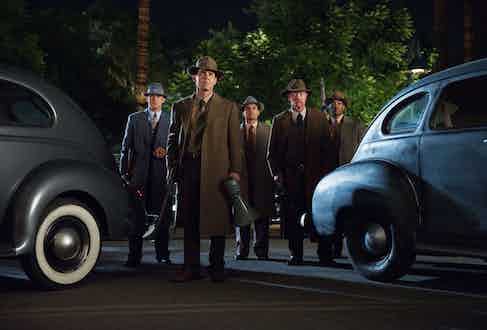 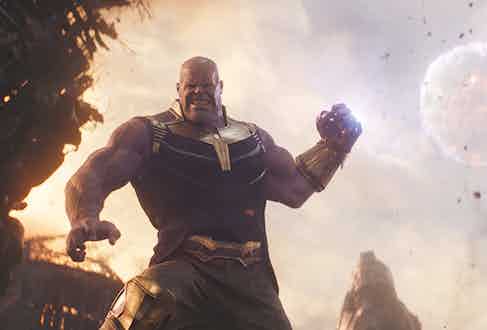 As a young man (between the age of 11 and 16), he found himself embedded with a group of young men who called themselves the Cito Rats, a Santa Barbara-based surf crew that experimented with drugs and misdemeanours but who also, perhaps, provided a sense of belonging to kids from dysfunctional families. “My outlets were all self-destructive,” Josh says. “When I moved to L.A. I tried to find a positive manifestation of myself. I did my best but I had this habit, and the habit was this culture I grew up around, so I kept resorting to that.” It often felt when speaking to him that huge chunks of his life were being skipped: we’d go from youth to older age in double-quick time, though purely because one might not believe that his love of Harley-Davidsons, drinking and drug use were all being explored while he was still at school.

Read the full Josh Brolin interview in Issue 73 of The Rake - on newsstands today.