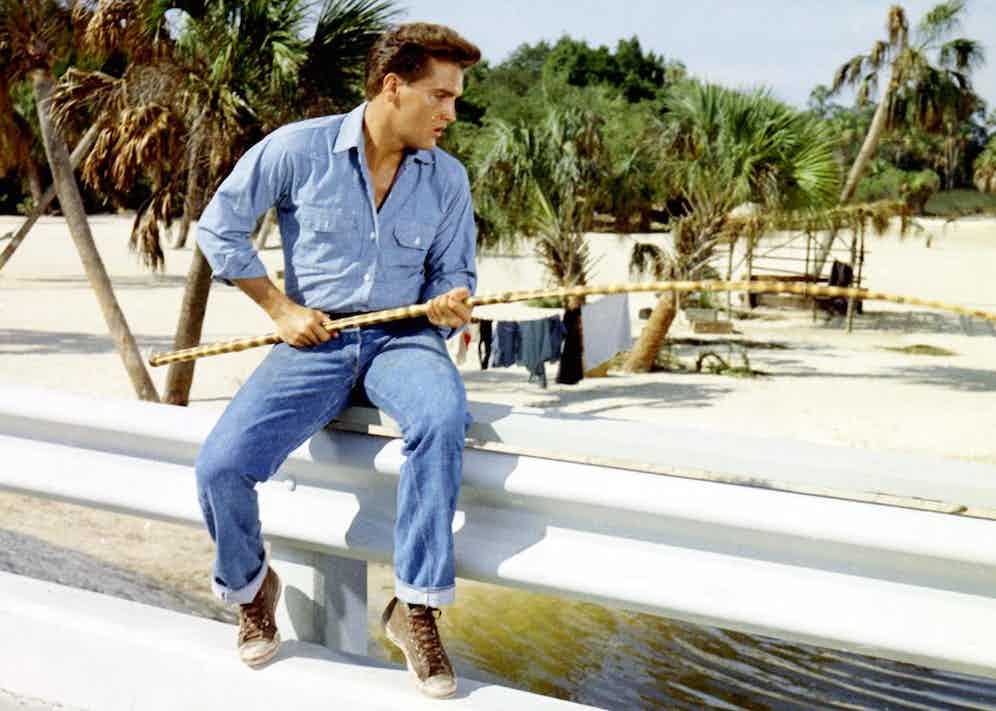 It is, admittedly, not a question most owners of a pair of jeans - and, since they’re the single most widely-worn garment type on the planet, that’s a lot of people - debate too deeply. Just how should a pair of jeans be washed? As required, in a washing machine, would be most people’s response. But then denim, notably in its raw, untreated state - such as those by The Workers Club, Udeshi or Barbanera - is a fabric that inspires a certain nerdiness: the regard for its ageing properties - the way it fades with wear over time - verges on obsession for some.
Indeed, there’s a whole terminology to describe the resulting patterns - crocks, honeycombs, whiskers. There are international fade competitions. Shop around and there are even specially-developed detergents. Just throw a pair of raw denim jeans into the washing machine too soon and all that is lost: the result will be an even, lighter blue pair of jeans that henceforth won’t fade with any character. Consider that too if spot treating a misdirected dollop of, say, ketchup: rub the offending sauce from your jeans with any vigour, or using a wet cloth and soap, and you’ll likely take the indigo away from that spot with it. The result will be a distinct patch of light in the dark background of your denim that will last for most of the life of your jeans.
All this matters, of course, only to those who care for said character. And, while there are disagreements as to the best way, those that do care suggest multiple ways in which your raw denim jeans should be washed. The most commonplace and most troublesome suggestion is, well, don’t. Raw denim jeans should be worn as long as possible before their first wash - doing so helps initial fading bed in and excess indigo wear off rather than be hurried away with a dollop of Persil. That means wearing them for, it’s suggested, a good six months, by which time the indigo is ‘locked in’. And by that, hardcore denim-heads mean every day. That applies even before giving any unsanforized jeans their first hot soak, required to shrink them down to the tagged size. 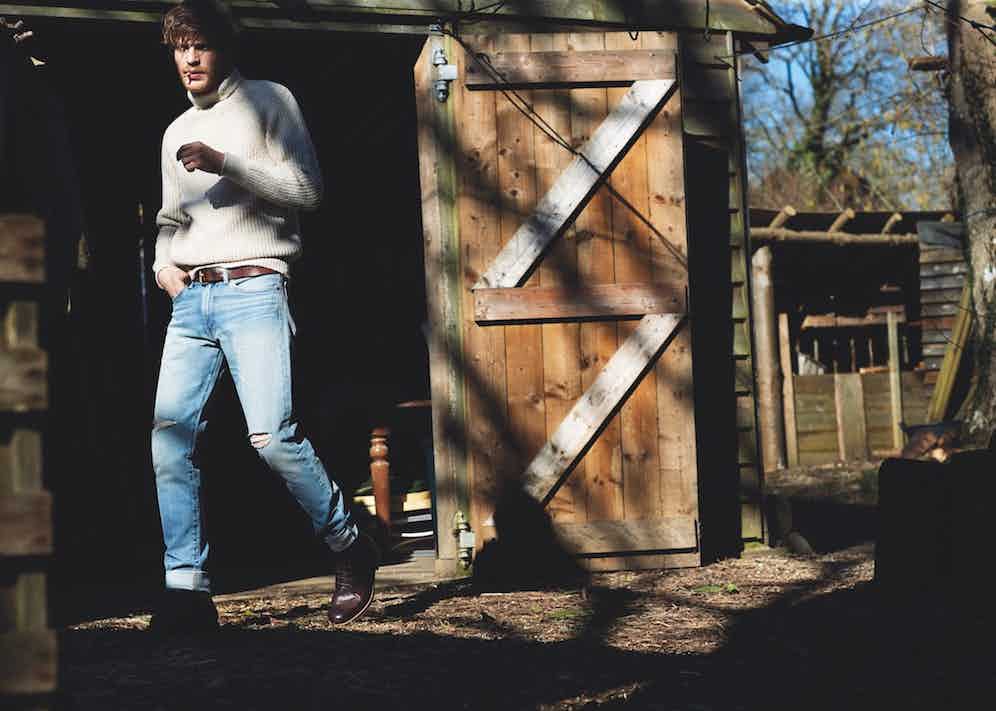 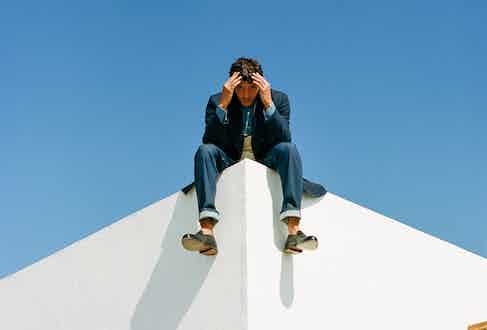 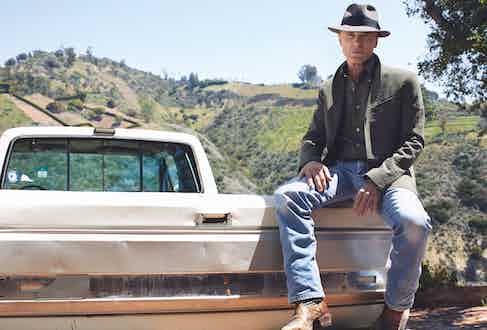 Mind you, really hardcore denim-heads say don’t wash your jeans at all, ever. Denim may cope with dirt better than most fabrics, seemingly absorbing it, grubbiness only adding to its texture and tone, but to combat the lack of sociability, perhaps inevitable in this decision - all that bacteria partying amid the blue - it’s advised to at least occasionally air your jeans. Sunlight, as they say, being the best disinfectant, doing so on a bright warm day is recommended. It doesn’t get your jeans clean, exactly, but it does freshen them up. If water seems like an inevitable part of keeping clothing keen, others recommend wearing your jeans for a seaside swim - yes, you may look silly, but the salt water will both cleanse and add personality. You’ll need to wear them while they dry too...
OK, so this will be all too much for most people - the stuff of parody, of neurosis, fit for a Pseud’s Corner of Cloth. Perhaps dry-cleaning is the solution? But no. This retains the rich colour and/or any degree of fading your jeans may have thus far attained. But unfortunately the chemicals used in dry cleaning are not kind to denim, which is lowly degraded by the process. So we’re back to the washing machine, eventually if not immediately.
Even here denim enthusiasts differ as to the right path to take, though they agree on some basics: raw denim jeans should be washed with as little other washing as possible, ideally none - this is both for the denim’s sake, but also because it will leave the rest of your load with a delightful and permanent blue tinge. Run your wash on a short cycle, with as little detergent as you feel you can get away with - be sure to use a washing liquid/powder with minimal bleaching agent, or even just some mild shampoo. Even if your jean’s wash tag says to ‘wash at 60degrees’, wash them at a temperature closer to 30. You could even just soak them in the bath, a la Nick Kamen. This minimises shrinkage too - because unsanforized denim will keep shrinking over the first few washes, by as much as two inches in the waist (though this tends to stretch back out with wear) and by three inches in the leg - something to keep in mind before getting any alterations done.
But there’s more. The jeans should be placed in your washing machine turned inside out - this minimises unnecessary indigo loss by preventing the friction of the fabric against the inside of the drum. But, others counter, this also exposes the softer weave of the inside of your jeans to the drum, so they say it’s still better to wash your jeans the right way round but inside an old pillowcase - which, inevitably, will be slightly bluer by the end of the wash. It’s the gentlest way of using the washing machine and of minimising damage to the jeans - which, denim-heads will point out, is effectively what washing them is. 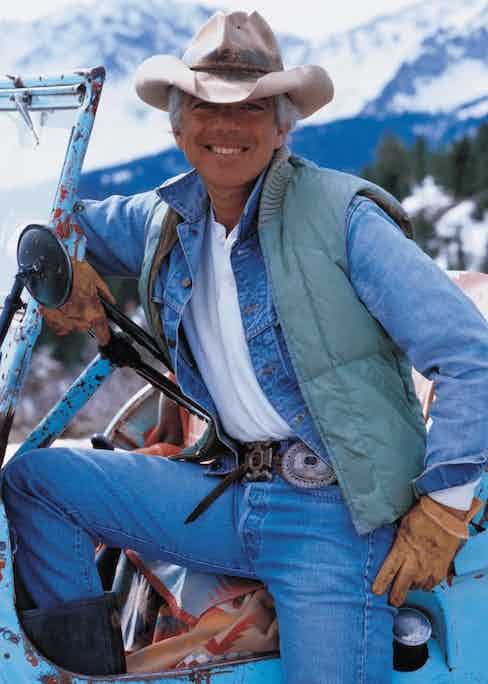 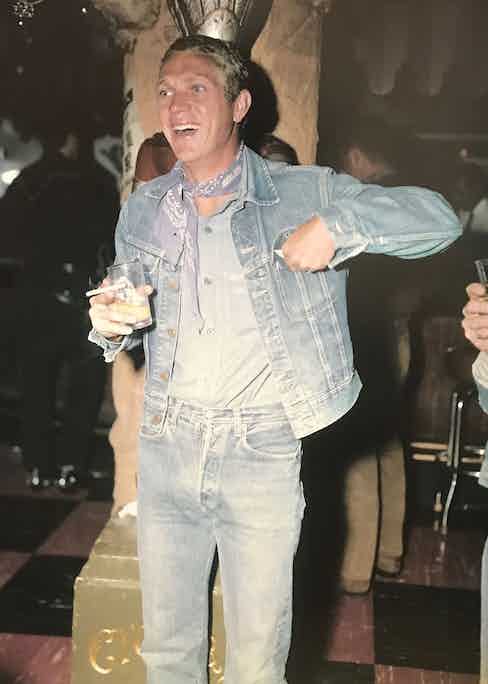 And this madness doesn’t stop when you pull them from the washing machine either. Obviously - obviously! - tumble-drying is out, not least because this exacerbates shrinkage. Rather the jeans should be turned back the right way, dark side out, pulled back into shape while they’re still damp - in fact, put your back into it and a good tug can be an effective way of countering a lot of shrinkage - and then left to air dry naturally. Even putting them over the radiator is a bad idea.

We could go on. Denim is a complex fabric and denim care is a complex business. Repairing that blown crotch or knee tear? You’ll need to use a patch of the same kind of denim - raw with raw, washed with washed) to prevent a crinkling effect when the jeans are next washed. Darning a repair? You’ll be using a cross-weave, of course, using two shades of blue thread that together match the current blue of your jeans. Who knew that cowboys went to such trouble?
Of course, they didn’t. The old-timers probably didn’t wash themselves much, let alone their jeans, which - at least half a century before it really became much of a concern to anyone - no doubt looked great with it. But they’d have surely baulked at the arguably much no less mad idea of wearing pre-distressed jeans. Would-be denim-heads should cleanse their minds of that notion right away.