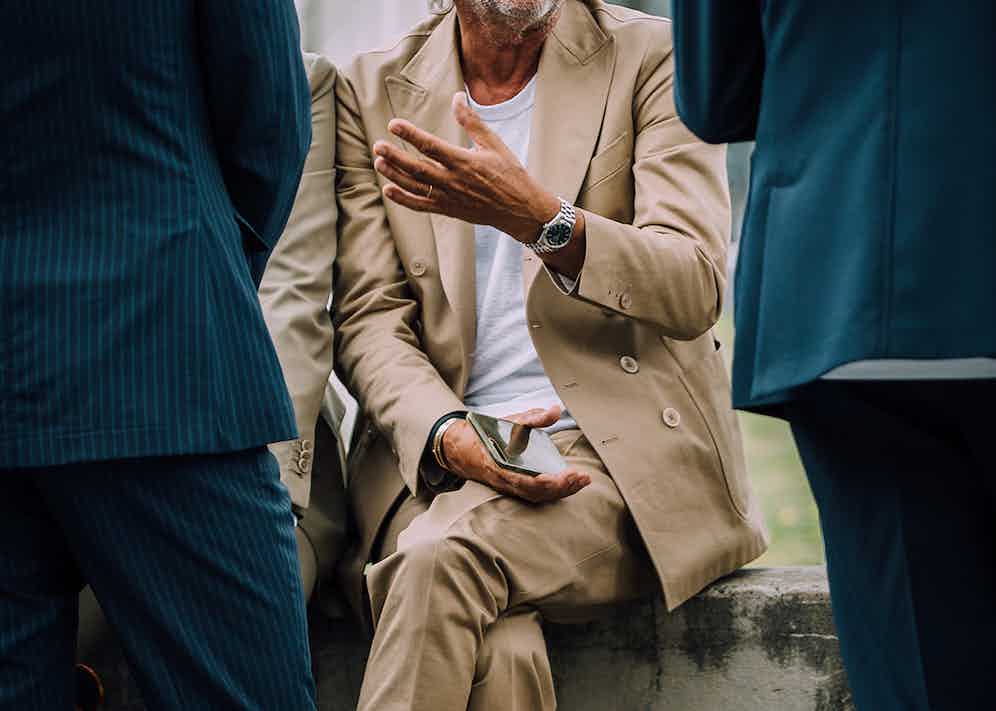 The default move for many men in autumn is to immediately plump for darker earthy tones, which we totally advocate of course. There's so much mileage in mixing rich greens, browns, orange and plum tones, while a darker palette definitely opens the door to the addition of patterns such as checks, dogstooth and herringbone. But don't sleep on nude and neutral tones, which when combined properly make up some of my favourite looks for autumn precisely because they stand out against everyone else's muted wardrobe, while at the same time blending in with the autumnal tans of fallen leaves. You could just invest in a stonking camel coat and be done with it but I find that going for a tonal look with the addition of some white or cream can be a very sophisticated aesthetic that you can sport throughout all but the most miserable months of winter. With a neutral palette, you can also throw in the occasional strong pop of colour in the form of a scarf or pocket square for big impact. Here are six simply styled looks that play on the tones and textures of a restricted neutral palette.