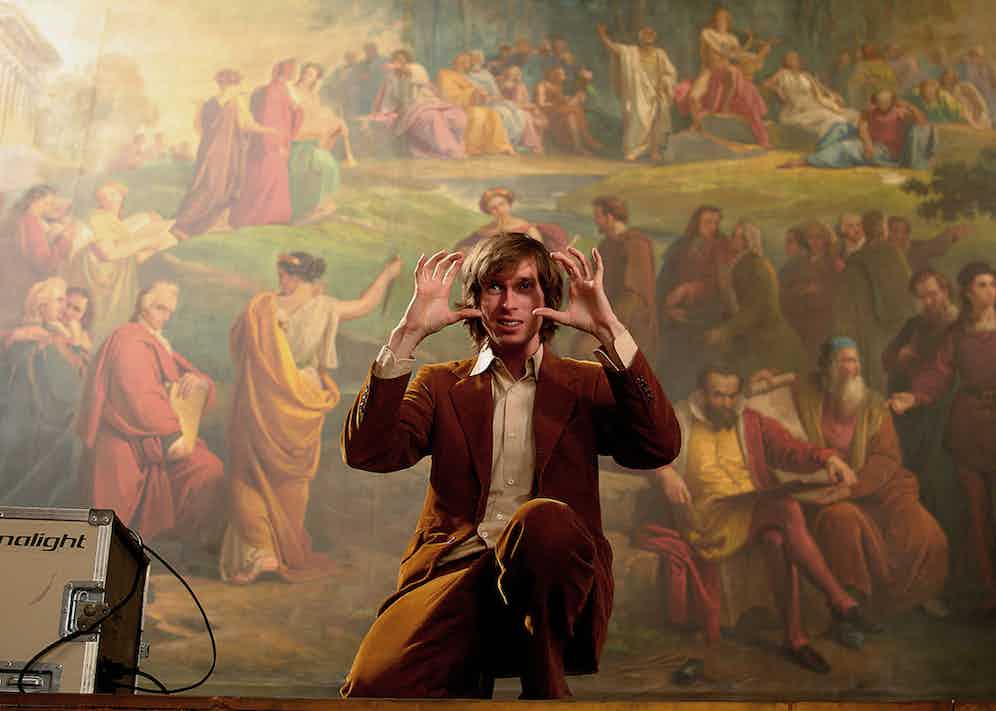 ‘Wes Anderson’ is not a name that generally goes unnoticed in a conversation. Those that don’t have an opinion offer up intrigue, awe and occasionally confusion, because even Martin Scorsese called him, well, the next Martin Scorsese.

A genteel character, unassuming and fame-retardant, Anderson is the polar opposite of the clichéd director who spotted his name on the back of a chair once and has since seen it as a throne. He stutters endearingly through interviews, as though he can’t quite put into words this world inside his head, the same world he attempts to shed light on in film. Hugo Guinness once explained, “He doesn’t like a lot of attention. He wants to get on with the job of making films”, and Anderson himself eschews reading reviews, seeing them only as a ‘distraction’.

His extraordinary eye for detail, unusual use of camera angles and ingenious art direction are just part of the complex formula that adds up to some of the most colourful, imaginative and idiosyncratic pieces of modern cinema. The childlike sensibility of his films is echoed in the actors themselves, who are often quizzical, scowling, straight-talking pre-teens, the self-inflicted limited colour palette on set lending to the effect of being in a doll’s house, his hand-made miniatures undeniably nostalgic.

Anderson is renowned for his stylistic approach to shooting, repeatedly using obsessively symmetrical compositions, snap zooms and flat space camera moves. His films are recognisable at a glance as a result, but his unique construction of surreal or ‘fabulist’ stories means ‘a glance’ is simply never enough. Not only does Anderson possess a unique sense of style on camera, but also behind it. Rarely spotted out of a corduroy suit (his New York tailor known simply as ‘Mr Ned’) he is the walking embodiment of his artistic vision. Indeed, the outfit of his character Mr Fox (of the Fantastic variety) is based specifically on a favourite of Anderson’s which he wears “200 days a year”. I can’t help but applaud his unflappable commitment to corduroy – this is his uniform, and he rocks it in shades of ochre, tan, saffron and forest green like no one else. 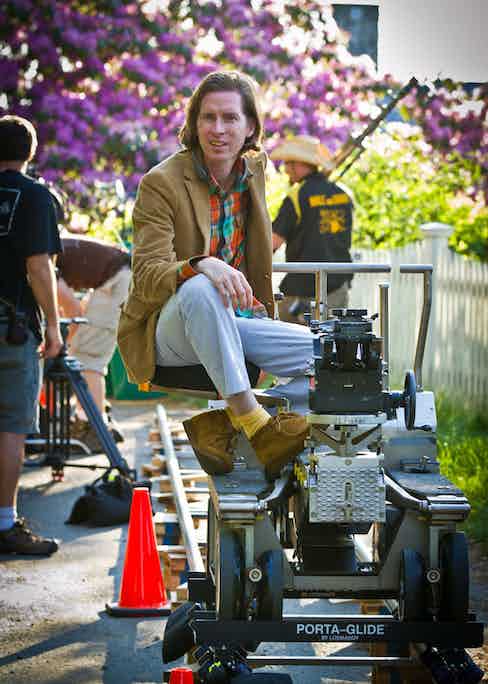 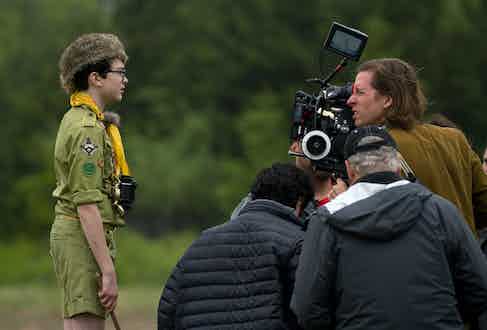 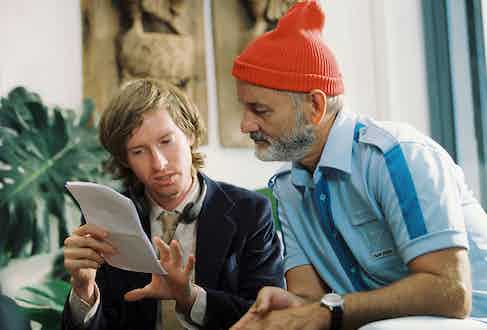 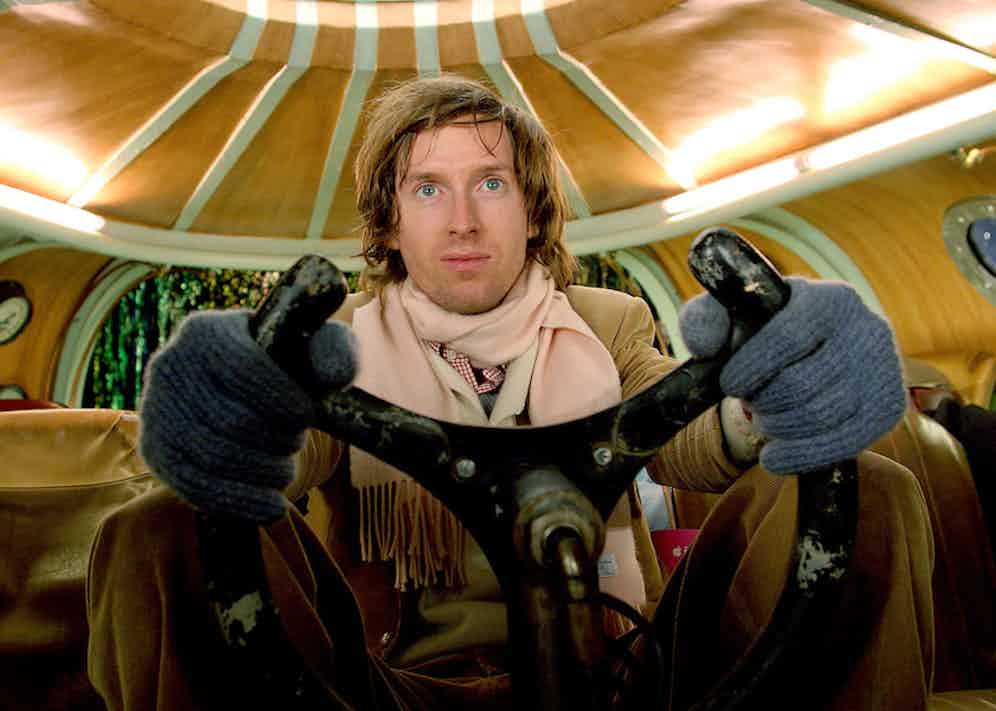 It’s not just Anderson’s weird and wonderful ways with scripts and style that makes him such a superb director, but the people he so often surrounds himself with. Bill Murray first appeared in Rushmore (1998) and has starred in every single Anderson movie since. When asked how Wes had created a space that Murray enjoys returning to so much, Anderson’s response was that “he is a place I enjoy. Working with Bill is the greatest luxury you could ever ask for.”

Similarly, Owen Wilson – so often typecast as the laidback Hollywood heartthrob – has become a frequent face in the Anderson film family. In fact, Anderson and Wilson lived together, co-wrote Rushmore as roommates at university, and remained close friends ever since, their very real chemistry reflected in Wilson’s innate understanding of his role within Anderson’s worlds. A profile in the Texas Monthly from 1998 explained “it wasn’t until they began cooking up schemes to end a lengthy dispute with their landlord over his refusal to fix several broken windows — a feud that ultimately drove them to stage a mock break-in and later to move out in the middle of the night, only to be tracked down by a private investigator — that their ‘grandiosely absurd’ vision… was born.” This mutual sense of mischief and play is apparent in the adventures of Anderson’s characters. From Sam and Suzy in Moonrise Kingdom, who fall in love and run away together – aged 12 – to the estranged Whitman brothers travelling through India by train in The Darjeeling Limited, Anderson’s sense of humour is subtle and kind, but always brings a lightness to some of the sadder topics he touches on.

A gentleman in the most literal sense of the word, with not a press-leaked power trip to his name or a bad word to say about anyone (even the notoriously difficult Gene Hackman escaped comment), Anderson’s kindness seems limitless. Running lines and recording voiceovers in Chateau Marmont in Hollywood and George Clooney’s Lake Como villa, it could be said he also has taste to match his talent. During filming, he is known to put his cast and crew up in hotels rather than trailers, preferring everyone to have a communal space and comfortable accommodation, where they can all relax together and discuss the day’s work. This commitment to his colleagues is mutual. Bill Murray once wrote a check for $25,000 to cover the rental fees of a helicopter (a necessity for a specific shot). Anderson was so touched he in fact never cashed it, and held onto it as a memento.

Despite repeated narrative devices, Anderson’s films are emphatically not repetitive; side by side with the non-conformist nature of his films sits a comforting familiarity. The deliciously satisfying symmetrical shots, the intimate close-ups of characters’ unflinching faces and the rich colour palettes that have influenced many a designer collection; Anderson’s is a multi-faceted camera lens that allows his audience to access different perspectives within a magical microcosm only he has the key to. As Wilson put it, “something that began as a little idea in Austin, that Wes and I just walked around talking about between ourselves, has turned into all this.” 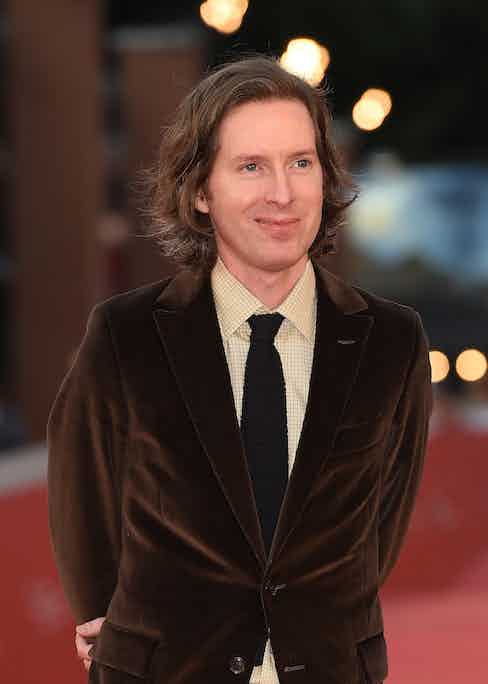 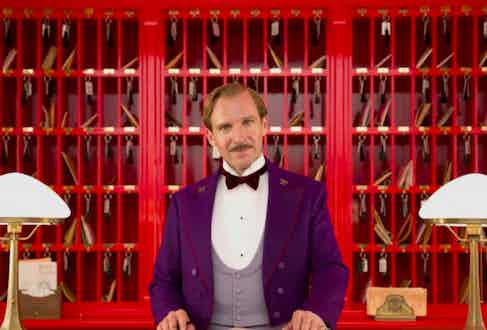 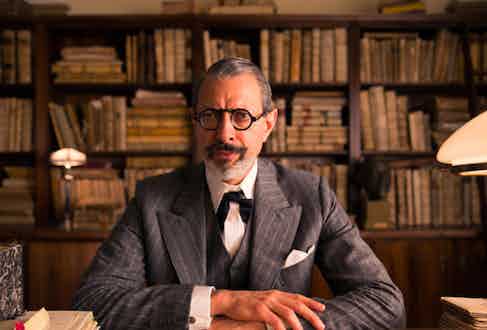 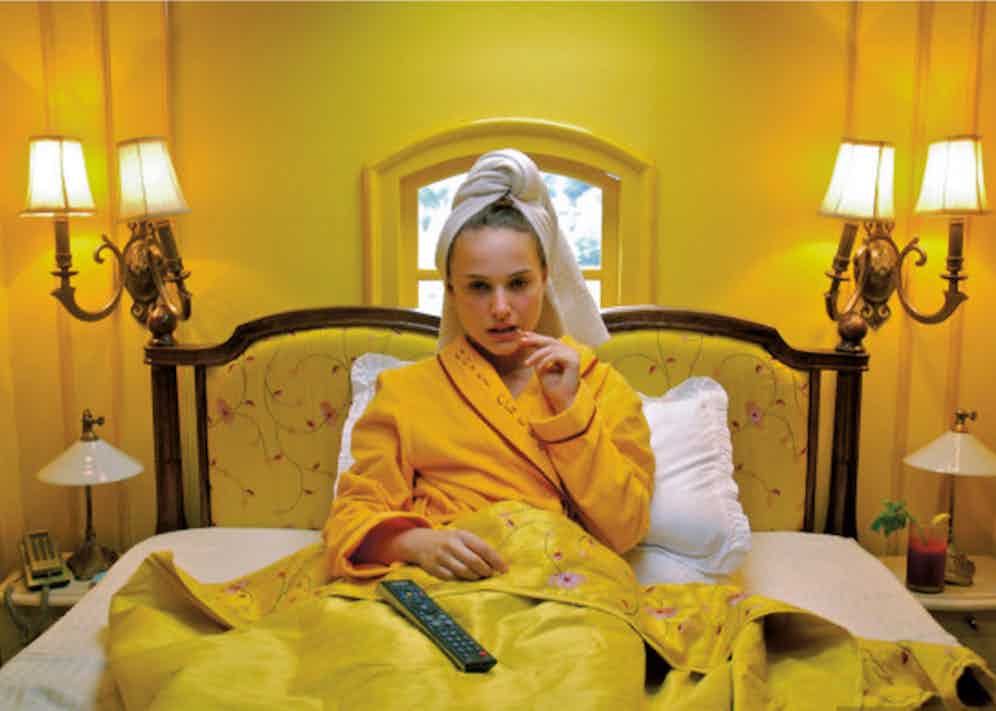 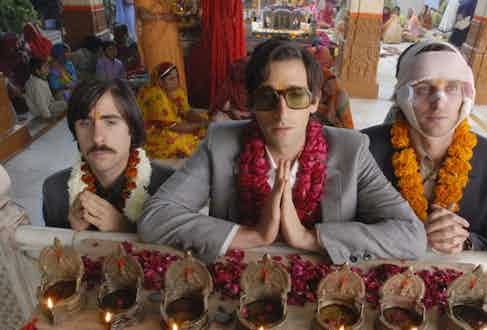 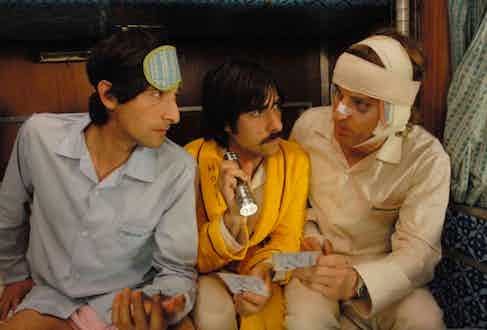