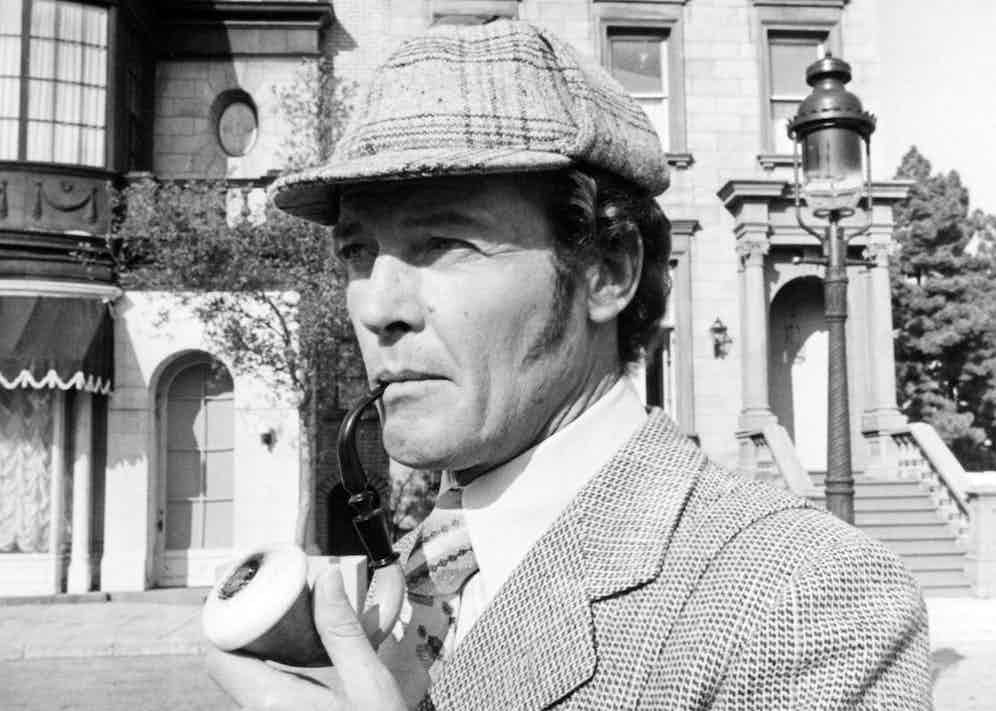 Of all the heroes in twentieth-century British fiction, Sherlock Holmes has left the most mysterious legacy. While actors queue in single file to play James Bond one-by-one (Chiwetel Ejiofor or Tom Hardy next, please!), the detective comes in many guises at the same time, a cubist splay of different angles. The last five years alone have given us impatient savant (Benedict Cumberbatch), knockabout dandy (Robert Downey Jr), earnest camp (Jonny Lee Miller) and elegiac grandfather (Sir Ian McKellen), with Will Ferrell to come. Why, apart fromthe expired copyright, is the character more popular than ever?

As an English twist on the superhero, it’s apt that only Bond comes close. Both are figures of wish-fulfilment, unsentimental, anti-establishment and selfishly effective. In his excellent bookThe Seven Basic Plots, Christopher Booker suggests that, just as James Bond’s indulgence in sex and violence is sanctioned by the fact that he is defending ‘our side’ against some wicked super-villain, so Holmes’s outrageous assumptionof intellectual superiority appears entirely acceptable because he uses it to expose evil in the name of law, order and truth. But on a social and sexual level, they differ wildly.If the gregarious 007 uses his charm like a weapon, Holmes is awkward, stubborn and reclusive. Expelled from Eton, Fleming’s Bond is an old-money rebel with unsavoury views on women and homosexuality, a non-cerebral product of his time. Holmes has aged better: classless, self-made, open-minded and a kindred spirit to those on society’s fringes like the Baker Street Irregulars, his network of urchin-agents.

He lives, of course, at 221B Baker Street, a flat he shares with Dr.John Watson, a retired military doctor and the Boswellian chronicler of the cases he solves. Arthur Conan Doyle, a Scottish physician intrigued by spiritualism, wrote and set his stories between the 1880s and the 1910s, a similar post-Dickensian London to Conrad’sThe Secret Agent, a cityscape foggy with Freud, secret societies and Edwardian-Gothic (Dracula, for instance, came out in 1897).

As detailed in Michael Sims’Arthur and Sherlock, released in paperback this week,Conan Doyle based Holmes’ deductive genius on his Edinburgh tutor Dr Joseph Bell, who was such an instinctive symptomologist he could diagnose diphtheria or pneumonia at a physical distance (Hugh Laurie’s Holmesian TV seriesHousewould return the character to its medical roots).Holmes wears a deerstalker, smokes a pipe, plays a Stradivarius violin and injects cocaine. At one point, Watson makes a list of his areas of expertise (chemistry, sensational literature, Japanese martial arts) and intellectual blind spots (philosophy, politics). In the books, Sherlock’s nemesis Moriarty only ever appears to Sherlock, proof for some that Moriarty is a drug hallucination. 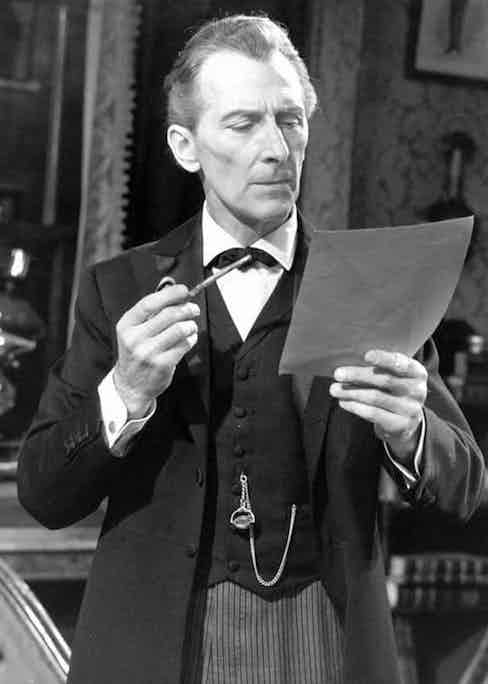 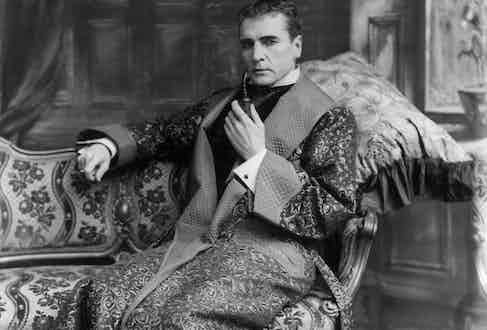 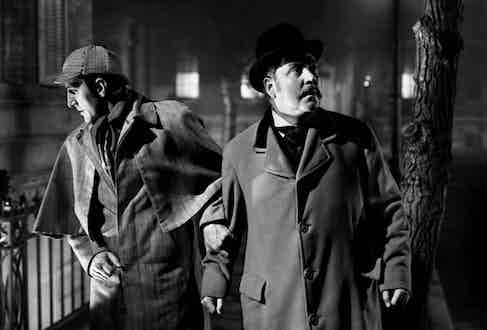 The most potent stories have a silent, partly-obscured horror: the stick-figure language inThe Dancing Men, the governess paid to cut her hair and sit at a window in a blue dress who realises a man is watching her from outside (The Adventure of the Copper Beeches), the whistle in the ventilation shaft (The Speckled Band). Holmes’ deductions, artfully brought to life in Mark Gatiss & Steven Moffat’s BBC series, beguile and click into place like dominos: horses with shoes shaped like cows’ hooves, the curious incident of the dog in the night time, a hat that reveals its owner’s wife didn’t love him, patches on a man’s jacket as proof he’d spent a lot of time reading. There’s the occasional pulse of Saki-esque humour, like the two severed ears in coarse salt (The Adventure of the Cardboard Box), curried mutton as a plot device (The Adventure of Silver Blaze) or the very idea of a “Sussex Vampire”.

The latter’s mix of the provincial and the otherworldly is typical and Holmes’ Englishness is thrown into relief by the characters around him: he helps aristocrats, colonels and the King of Bohemia, but also doctors, engineers, shopkeepers, clerks and his own civil servant brother Mycroft. Indiscriminate and meritocratic, he serves whoever pays. There are frequent links to groups in Raj-era India (as inThe Adventure of the Crooked Man) and the US (the Mormons inA Study in Scarlet, the KKK inThe Five Orange Pips). But the portrayal of foreigners has no snobbery: the Americans’ breeziness inThe Adventure of the Noble Bachelorshame the stuffy British upper-classes, while the depiction of the interracial marriage between a white woman and a black Atlanta lawyer inThe Adventure of the Yellow Faceis, given the attitudes of the time, unusually enlightened.

Perhaps that’s the quality that’s aged best: that Holmes looks past appearances before forming a judgment. Unlike Bond, he isn’t defined by the phallocentrism of the age. Repurposed by different performers for each new generation (my favourite is the crisp, pained Jeremy Brett), Sherlock Holmes is a classic that has influenced future classics, like Agatha Christie, Hitchcock’sVertigoand Tintin. Patriotism is, increasingly, a complicated concept with the capacity to divide and exploit. But if anyone these days could make you proud to be British, it’s thought-rich, class-resistant, fair-minded Sherlock Holmes. 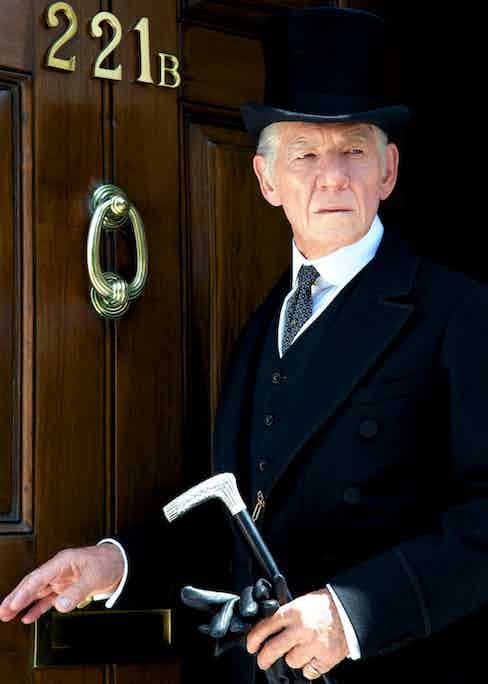 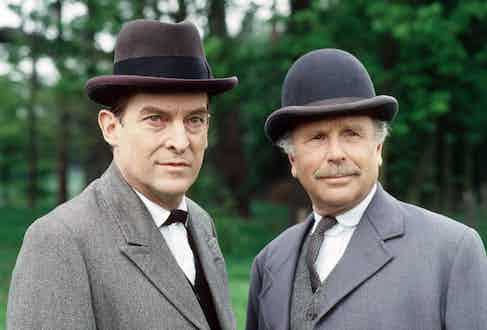 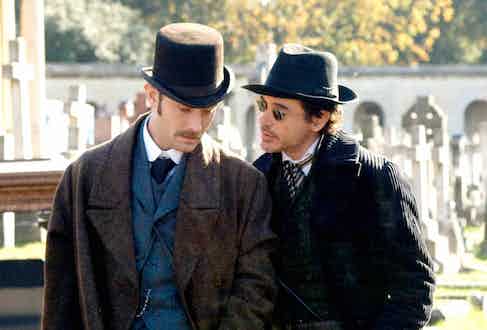 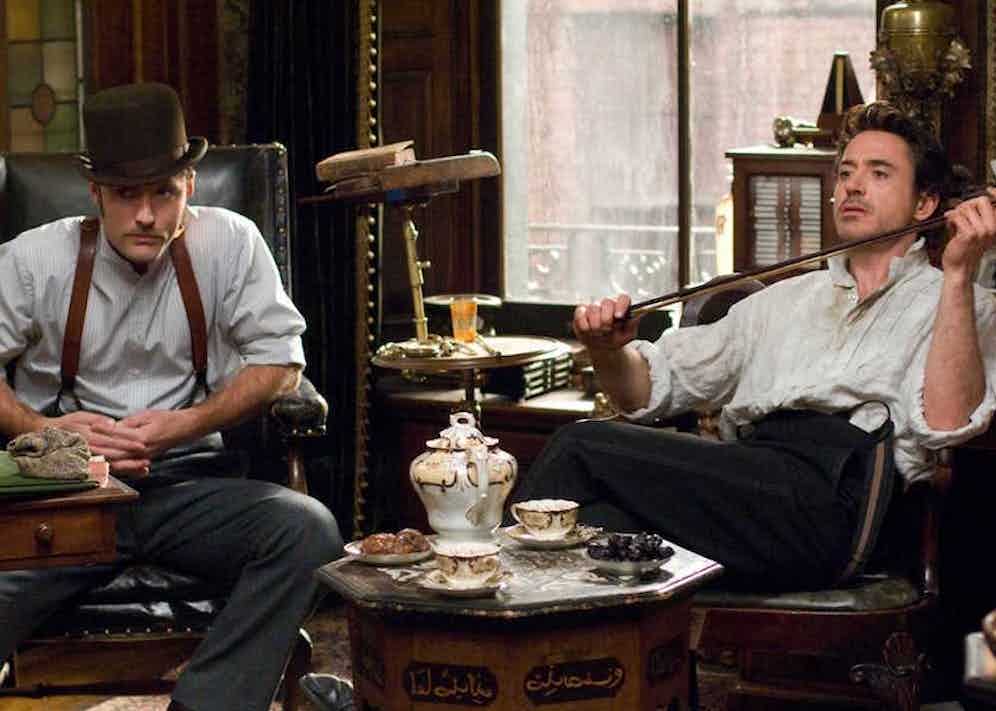 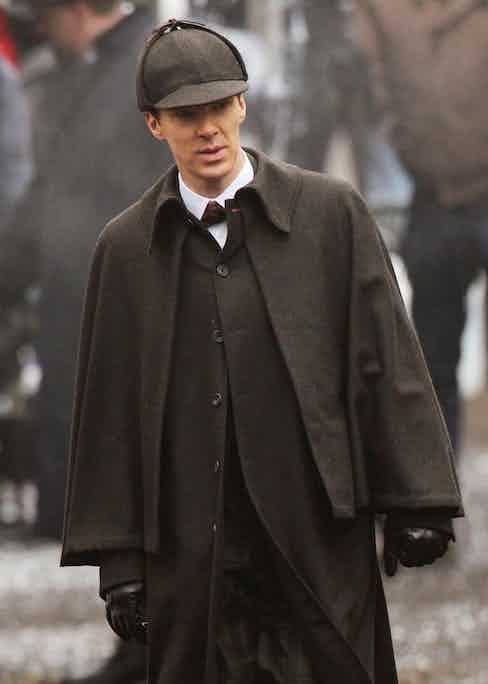 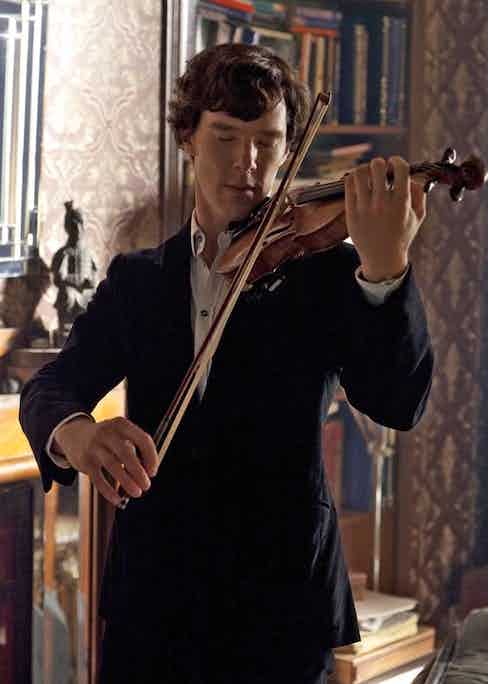 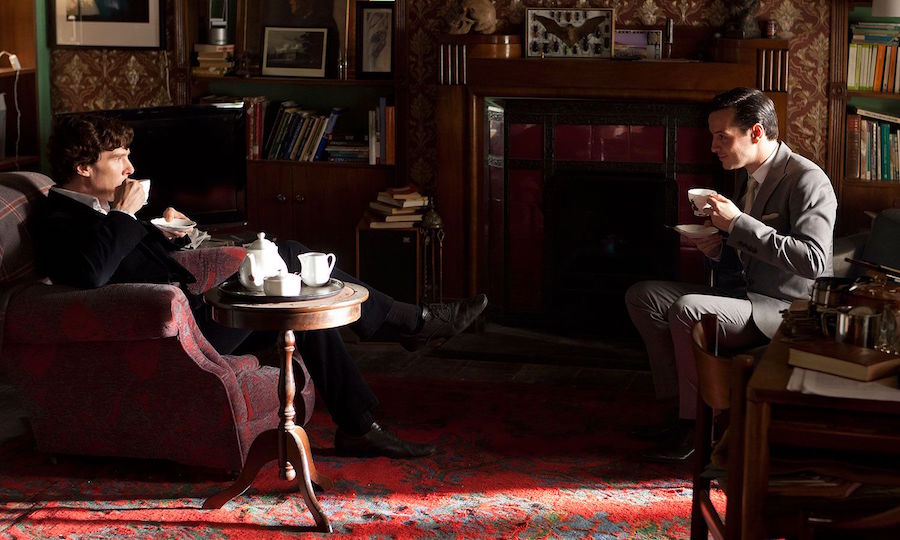 Holmes and Moriarty, the detective’s sworn enemy, face off in truly British style - over a cup of tea - in 221B Baker Street.