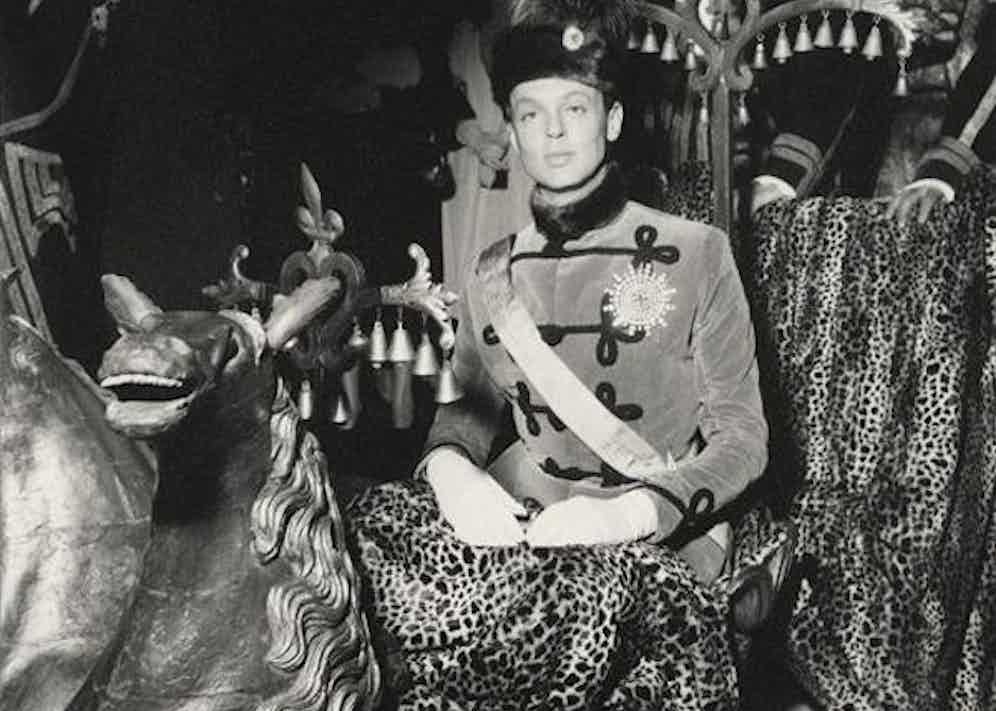 A svelte, decoratively laced moccasin, one of the most elegant models purveyed by Britain's finest bespoke shoemaker, GJ Cleverley, is named the De Redé. The shoe is thus dubbed in honour of the subject we address herein - a gifted investor, decorator and host named Baron Alexis De Redé.

The most prolific, voracious consumer of Cleverleys' wares ever, De Redé is said to have commissioned roughly 500 pairs from the shoemaker over the course of his life. 'There was never really a moment when there wasn't at least one pair being made for him in the shop,' Cleverleys chief George Glasgow once told me, as I admired one of several pairs of De Redé's shoes that remain in the shoemaker's possession. Of course, it isn't merely De Redé's passion for fine British footwear that wins his position here. This remarkable individual possessed myriad rakish qualities. Not least, extravagant, exquisite taste.

Born into a prosperous Swiss banking family, De Redé attended elite école Le Rosey, where his classmates included Prince Rainier of Monaco and the future Shah of Persia. His mother had died when he was aged nine, and hitting financial dire straits, his father committed suicide in 1939, leaving De Redé and his siblings in drastically reduced circumstances, with a relatively meager life insurance allowance to live on.

Seeking new opportunities, the dashingly handsome 18-year-old De Redé decamped for New York, where he caught the eye of a vastly wealthy Chilean guano tycoon, Arturo Lopez-Wilshaw. There began a relationship that would continue until Lopez's death in 1962, De Redé residing in an unconventional, if terribly civilized ménage with the tycoon and his wife at a series of stunning properties across Europe, most notably a grand apartment at the Hotel Lambert on Ile St Louis, which De Redé transformed into a lavish, elegant venue for entertaining the Parisian haute monde at dinners and balls that remain the stuff of legend. (With the help of great friends Marie-Helene and Baron Guy de Rothschild, De Redé would eventually take over the Lambert in its entirety, and would be appointed Commandeur des Arts et Lettres in recognition of its restoration.)

Bequeathed half Lopez's fortune, which he had already displayed a knack for managing, De Redé proved equally as astute an investor as he was a decorator and host, parlaying his inheritance into a sum that would keep him comfortably ensconced in the lap of luxury - and handsomely shod in Cleverley footwear - until his death in 2004.