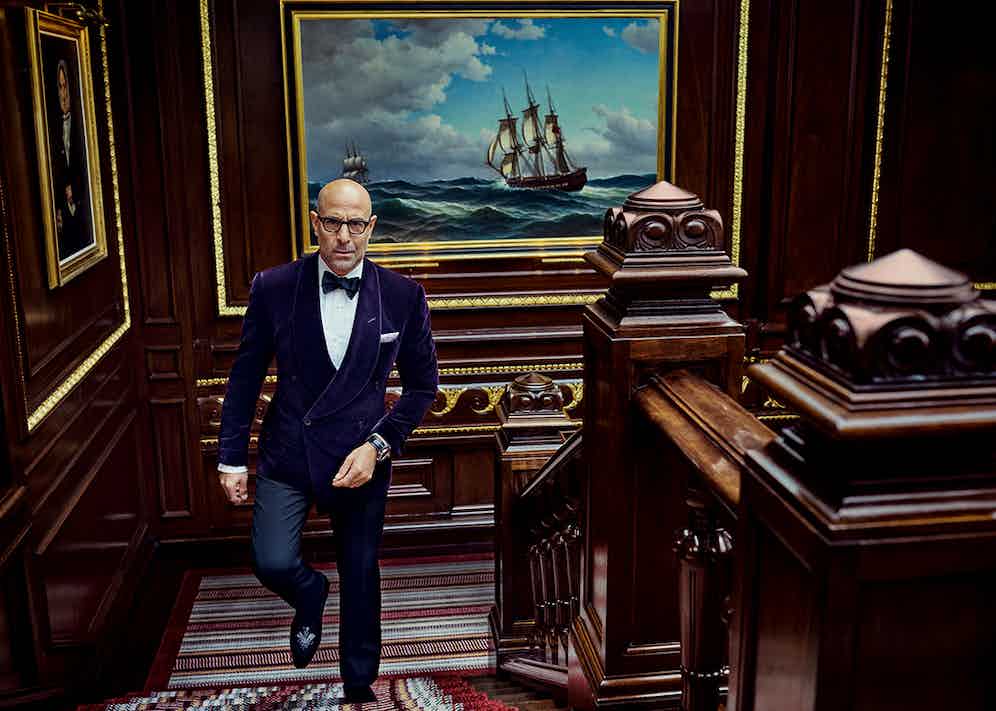 Without wishing to sound pejorative or antediluvian, Stanley Tucci is the thinking woman's crumpet. He is smart, articulate, funny, handsome and tactile, and he speaks with a calm, clear New York cadence iced with a mellifluent timbre (which also makes him hardly anyone's worst nightmare as an interview subject). He is a genuine multi-hyphenate: actor, director, producer, writer, cookbook author, father and altruist. But what has really captured the imagination of The Rake is his career-long capacity to play the most memorable character on any screen - a scene-stealer beyond compare, though not in a selfish way. This ability is the most intriguing aspect of his oeuvre, a soupçon of mysticism and a power that you will rarely find in other actors. Yet what makes it more intriguing is that it is hard to pin down exactly how he does it. So in a nook of Claridge's Foyer in London, over a chicken caesar salad, we set about analysing what makes Tucci one of the most compelling actors in Hollywood.

The interview followed a lengthy photoshoot nearby, at The Connaught in Mayfair, during which there were several pauses to admire the clothing: shoes from Gaziano & Girling received a lot of applause; Edward Sexton and Ralph Lauren pieces, too; and also a Thom Sweeney checked three-piece suit with a double-breasted waistcoat, which were meticulously examined and experimented with (shirt, roll-neck, tie/no tie). After the shoot wrapped he turned to yours truly and said, 'Right, Tom, we're going to have a martini and I'm going to bore the shit out of you'. Tucci likes martinis, and it was refreshing to see someone so suave that they can order a martini 'with a twist' without sounding like a creep. Meryl Streep once said of Tucci that, 'He has a kind of manly self-assuredness that he can make you laugh and make you the perfect martini, which he did every single night [while making Julie & Julia]'. In terms of boring the shit out of me, he certainly did not live up to his promise.

Read the interview in the new issue of The Rake,available on newsstands now. 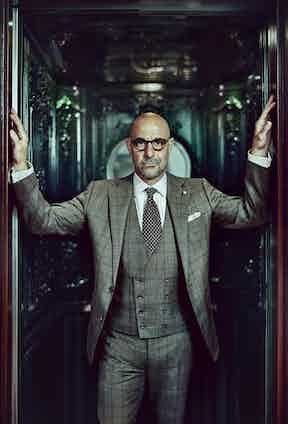 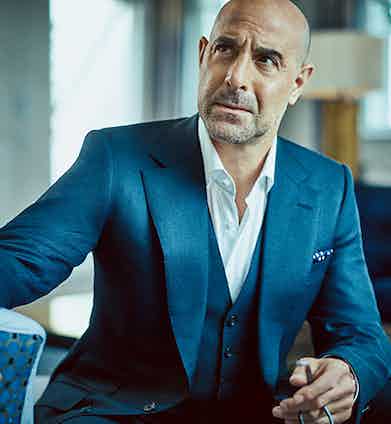 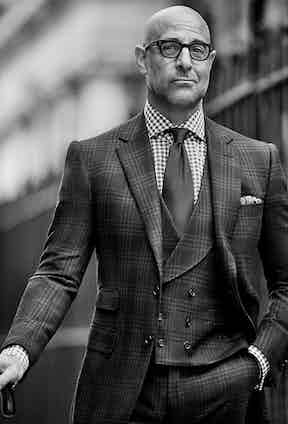 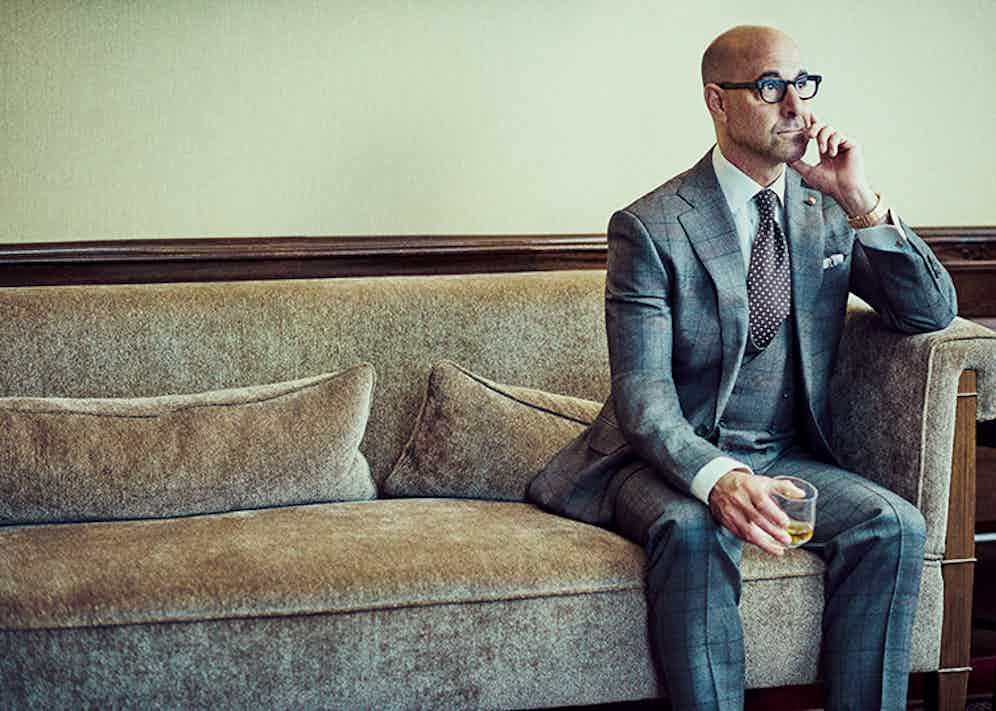