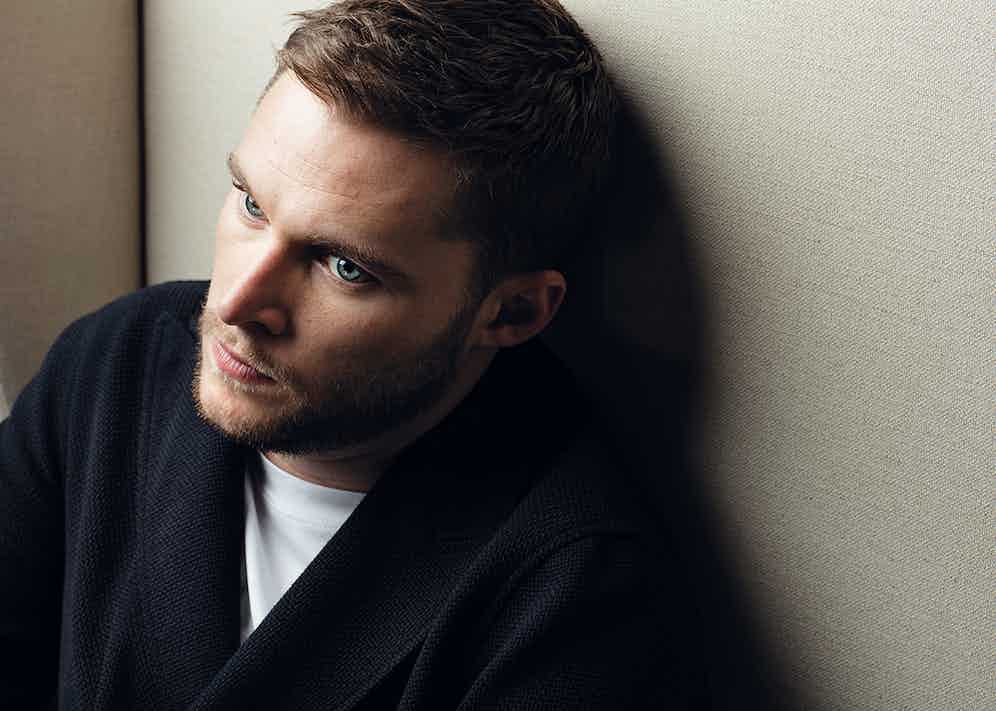 “The chances were a million to one that what’s happened to me would happen,” says Jack Reynor, settling into a generous helping of the Loire Valley’s finest in the bustling ground-floor bar at London’s Corinthia Hotel. “I’m still pinching myself.” Reynor’s dizzying ascent is, indeed, the stuff of wild nocturnal imaginings. A few years ago, the work was drying up for long periods, despite plaudits for his work. “I couldn’t even get an audition for network T.V. at home in Ireland,” he says. Then came a role in Transformers: Age of Extinction, and Reynor was suddenly hot property. Parts in 2015’s Macbeth and the forthcoming update of The Jungle Book have turned Michael Fassbender, Benedict Cumberbatch and Christian Bale into colleagues, while his next project — a quickfire (in every sense) shoot-out comedy co-staring Brie Larson, Armie Hammer, Cillian Murphy and Michael Smiley — is certain to propel his star higher. On screen, Reynor is a simmering presence with emotional nuance to burn; off it, he’s mischievously congenial and, frankly, brilliant company. Just don’t mention Han Solo. Well, once, maybe…

How did acting come on the radar?

When I was about five or six. As a kid, I’d consume the T.V. avidly. Going through secondary school I’d just watch two or three films every single day. Then I rang an agent in Dublin, Derick Mulvey, who is my agent to this day. He took me on — on faith, really. I did a couple of independent Irish films — Dollhouse and What Richard Did — and from there went straight to the U.S. in this one mad jump and did a Dreamworks film, Delivery Man, then Transformers. It was after that that the phone started ringing all the time.

What has made getting to where you are now difficult?

There’s been a few lulls… I’ve had eight- or nine-month periods of doing absolutely nothing. It’s not that easy not to go and get a job and focus on something else. But you have to say, ‘No, I’m going to fucking break through this’. I’ve definitely had ups and downs…

How would you describe Free Fire? We’ve heard the word ‘quippy’ used.

It is quippy, in a very unapologetic way. It’s designed to be and offers up no excuses for it. It’s an homage to the really hardboiled action movies of the seventies. Hopefully they’re fun and more substantial quips than you’ll ordinarily find.

How did you find Ben’s Wheatley’s directing methods?

Brilliant — insane. He cast all the parts first, then he and Amy [Jump, Wheatley’s co-writer] rewrote the script to suit those actors, which is a really interesting way of doing things. It becomes a question of who stands out in the scene, who’s going to be good. Actors have to find their own place in the dynamic.

You’re at a dinner party. Describe your character…

I’d say… that he’s a bit of a f•cking terror, man. Before shooting, I looked at him on the page and thought, ‘Wow, this guy sounds like some people I knew when I was growing up — total scumbags’. Real knackers, basically. This character just had all their traits, the only difference is he has a Boston accent. So that accent’s thrown in as a thin veil over what I think is quite an Irish personality.

How would you describe Ireland’s influence on your life?

Massive, massive, massive. I’ll never leave it. When I’m not working I’m at home, by a lake, or I’m driving up the west coast and stopping at little fishing villages and having seafood, pints of Guinness… I have nothing to do with the film industry when I’m not working. I have friends who are actors, but unless I’m shooting I don’t engage with it.

Ah, well, you just did. Yes, I was part of the conversation in the studio to play him, but it’s gone to Alden Ehrenreich, who, by the way, is a fantastic actor who will more than do it justice. I wish all the goodwill in the world to that guy.

Which actors do you most look up to?

Richard Harris and Jimmy Stewart. If you watch Harvey or Rope, things like that, just some of the greatest-everfuck performances, man. Operating at a time in the business when hammy acting was totally excusable, [Jimmy Stewart’s] naturalism was just profound. People say that Marlon Brando developed that natural performance way of doing things, but Jimmy Stewart was doing it first. I also love Richard Burton. 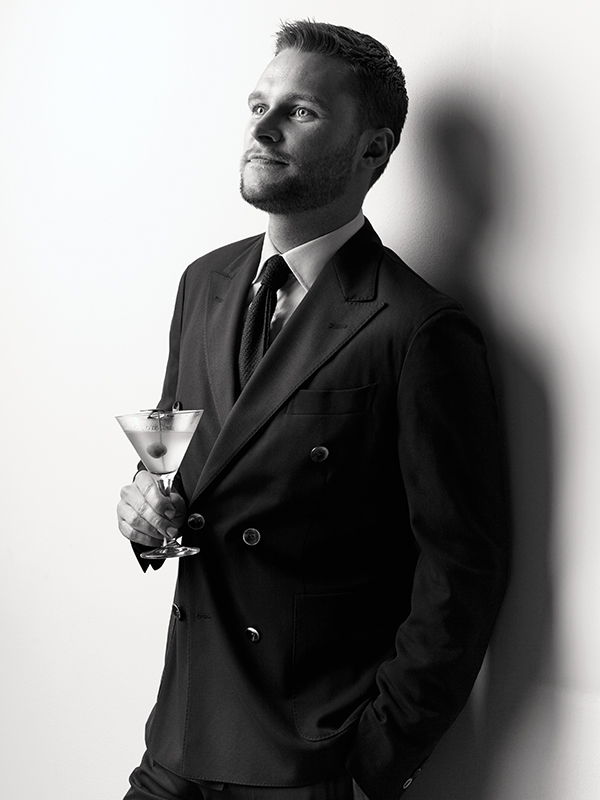 Is there anything that’d make you change careers?

Loads of sh*t [laughs]. What would I change? I don’t think people are looking for who can tell a really amazing, compelling, substantial story. There was a time when that was the focus. These days I feel like the main focus, 99 per cent of the time, is on, ‘How are we going to get as many people to see this film as possible, regardless of how substantial it is?’ It’s really upsetting and frustrating to know that some of the greatest directors and writers and actors who exist on this planet will never have an opportunity to express themselves creatively. There’s a lot of lowest common denominator.

What in life has gone obsolete that you miss the most?

Video shops. Going into those places, browsing all the cases, physically going to a place and caring enough to explore a library of films. I get depressed when I sit down and scroll through film menus. People ask me why I go out and get DVDs or Blu-Rays when I can stream movies, but that’s not what it’s about — I want to make a ritual of going out of my house to go and look for something I haven’t heard of that might interest me, then to come home with a hard, tangible copy of it in my hand.

Whose style do you identify with?

Over the last century, someone who’s been an icon of fashion, I’d say — for how well he executed a conservative style — is Gregory Peck. Always dressed like a badass, every film he’s done.

What’s your first move in the event of a zombie apocalypse?

I ring Cillian Murphy — after 28 Days Later he knows all about it.

This is going to sound wanky, but I’d love to circumnavigate the globe by land and sea. The question is, do you go over the poles, or round from the west via the east. Can the former be done? Through Africa, up through Scandinavia, North and South poles?

Han Solo would nail that.

[Laughs] Well, you can f•cking ask him about that when you interview him.