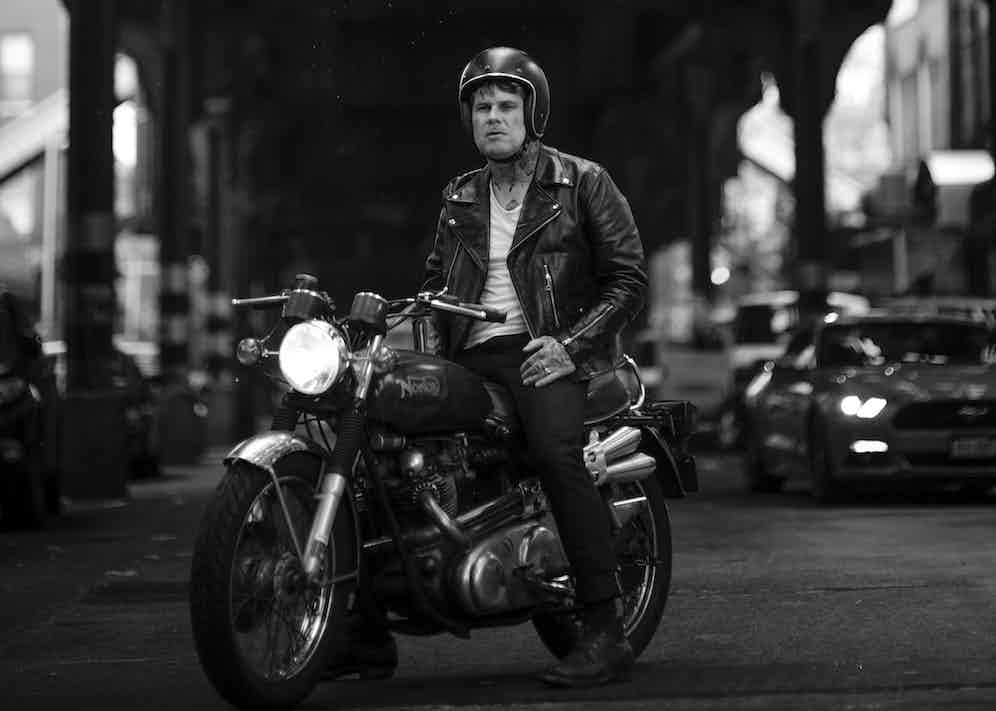 Across the street from Christian McCann’s shop in Queens NYC is a bar I'm fond of, whose patrons throw around the phrase “American dream” with irony. If they lowered their vintage glasses-framed eyes a few stories from the Manhattan skyline to the hand lettered salon doors of Left Field just across the street, their faith might be restored.

Christian McCann is the founder and designer of Left Field NYC, less a menswear line than clothing for men who care about quality and less about fashion. Many admire Christian as a designer for doing things the right way. For Christian it has always been simple, if not easy: the right way is the only way. He maintains all his manufacturing in the US, sources his fabric exclusively from the US, Japan and Italy, and this year, brought his alterations, repairs and custom embroidery in house on a highly sought after Union Special 43200 G chainstitch machine. While other brands jump at fast fashion collaborations, Left Field’s collaborations come without compromise, such as the eight-pound near bulletproof “Commando” motorcycle jacket he is currently producing with racing leathers legend Vanson.

The Commando jacket, a reflection of his own style, takes its name from McCann’s motorcycle, a 73’ Norton 850 Commando an occasional visitor of the Left Field shop, and frequent guest at the repair shop. The vintage Norton Commando is the epitome of Britain’s golden era of hand-built racing motorcycles and has remained left hand drive as God and the British intended. and while such a robust ride would throw many a seasoned rider, it was Christian's first motorcycle and the one he learned to ride on.

"For Christian it has always been simple, if not easy: the right way is the only way."

The interior of the Left Field shop/design studio/atelier gives insight into the man who created it. The walls are crowded with pieces from graffiti legends Skeme, Revolt, and Stay High mixed with silver gelatin prints of punks pre-history by photographers Daniel Godlis and Janet Beckman. The 50’s Seeburg jukebox fills the shop with a jumble of punk and country vinyl gems. Hand painted 1940’s sideshow signs by Fred Johnston, Space Invaders, pinball machines, a 60’s SMEG refrigerator never lacking beer, recovered mining relics and vintage sneakers round out the decor which results in part outlaw MC clubhouse and part Noah’s ark of Americana.

At the center of the shop - and the brand - are the three cuts of denim Christian has cultivated and refined across the years, drawing inspiration from the hard Archetypes of the American dream, Pennsylvania coal miners, 50’s greaser gangs, american muscle man Charles Atlas, and the punk crowd of the doomed Chelsea hotel. Sourced from the best mills in the US, Japan, and Italy, each come in an array of denims, from standard 13 oz cone mills selvage denim to the rarer runs of tweed, sulfur-dyed, linen/cotton blends; and featherweight 10 oz all the way up to 18 and even 22 oz selvage denim. Not surprisingly Christian is rarely seen outside a pair: His black Maria sulfur-dyed pair are something of a personal signature.

Christian himself is classic, restrained, and neither restricted to the past of period, set-ready workwear nor overly influenced by trends and fashion. His designs are classic enough to belong in every man’s wardrobe, and what he wears, more so. He wears nothing without reason and less without meaning. A rough-and-tumble mix of embattled denim, heavy biker jackets and beefy tartan work shirts comprise the bulk of his wardrobe, and the brand he has spent the last 18 years building. Like every tattoo, every piece of his jewellery holds meaning. The dog tag was his father’s and never leaves his neck. The articulated skull ring is his own design from a small run commissioned for Left Field. The weighty slayer ring is an tribute to one of his favourite brands from legendary London rock’n’roll jeweller The Great Frog. 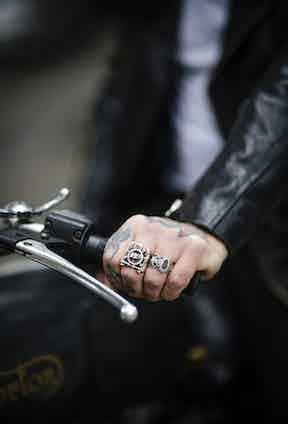 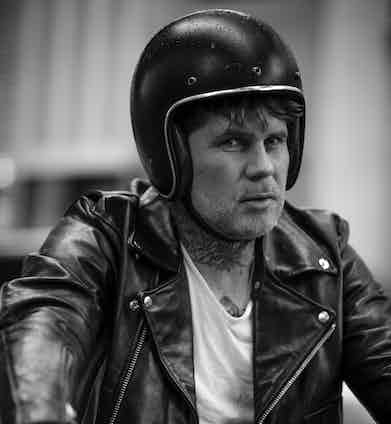 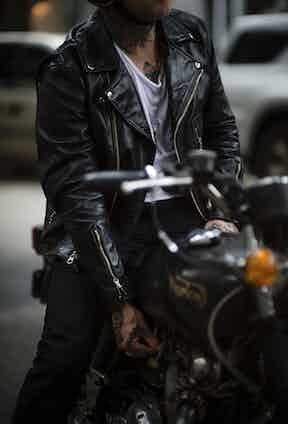 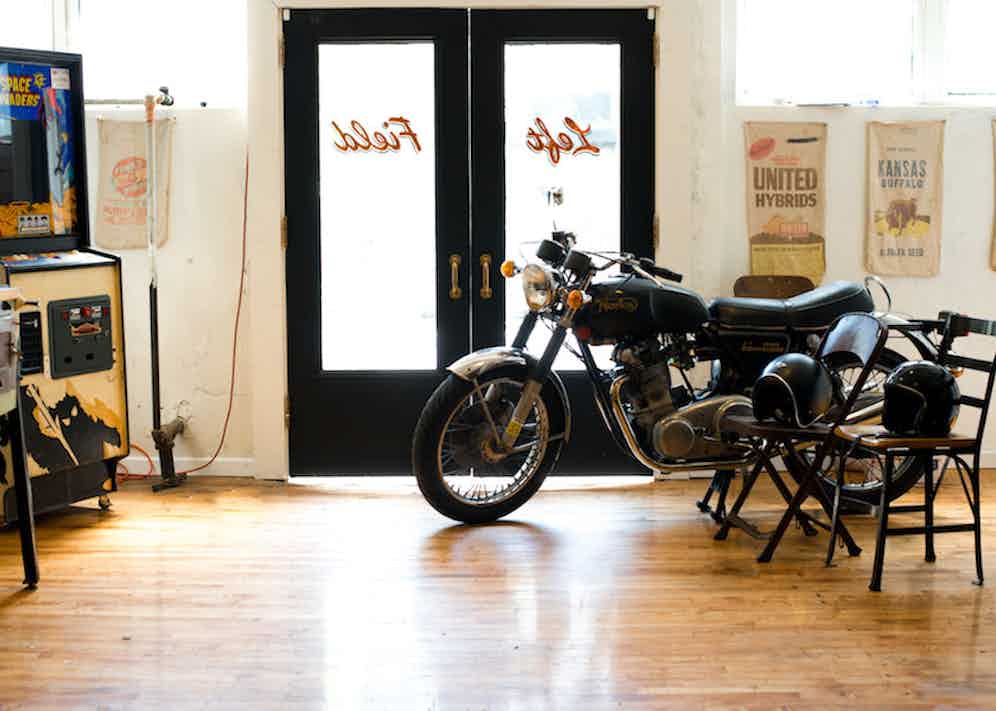 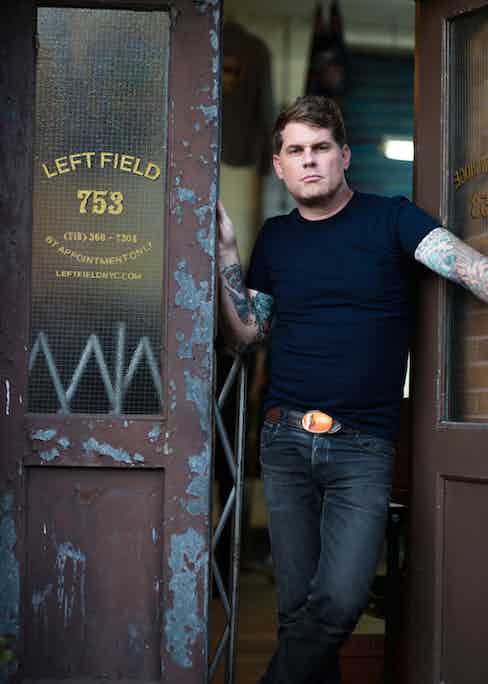 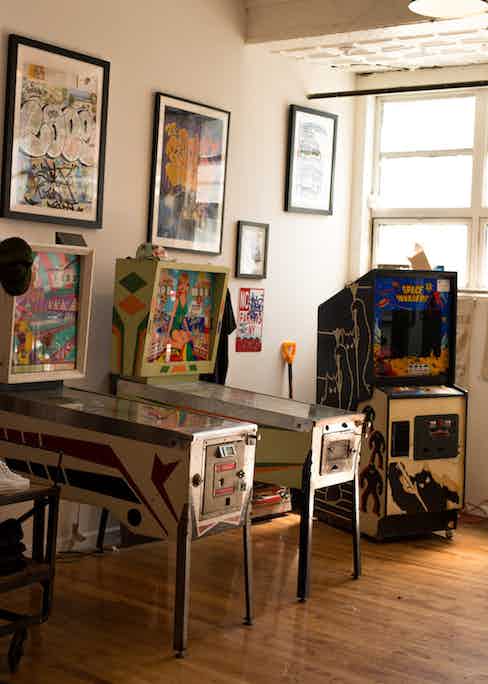 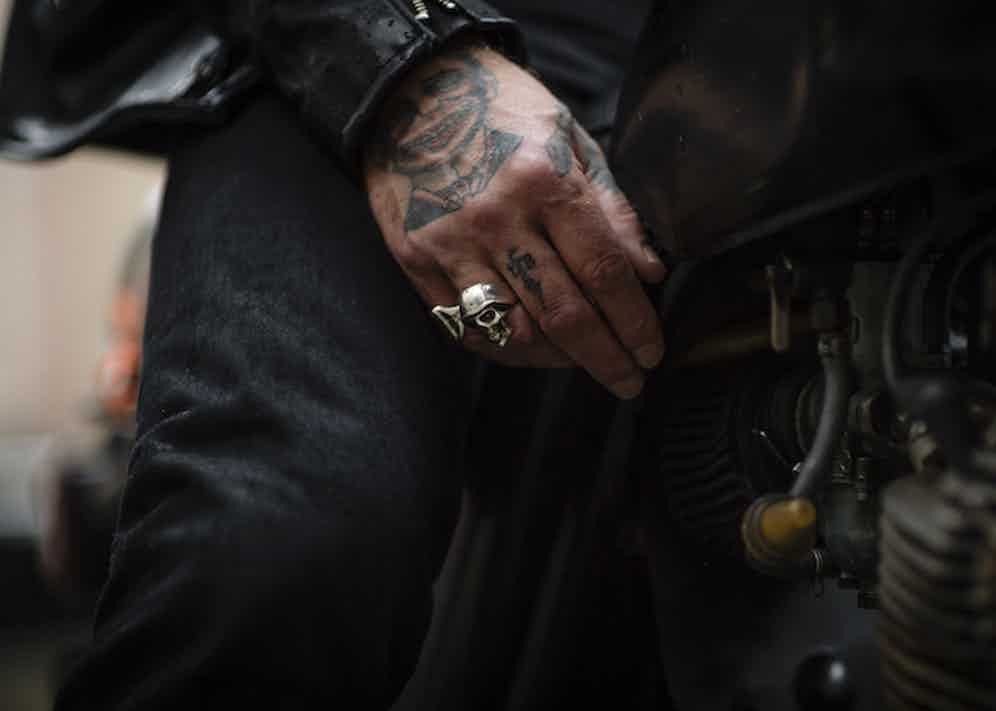