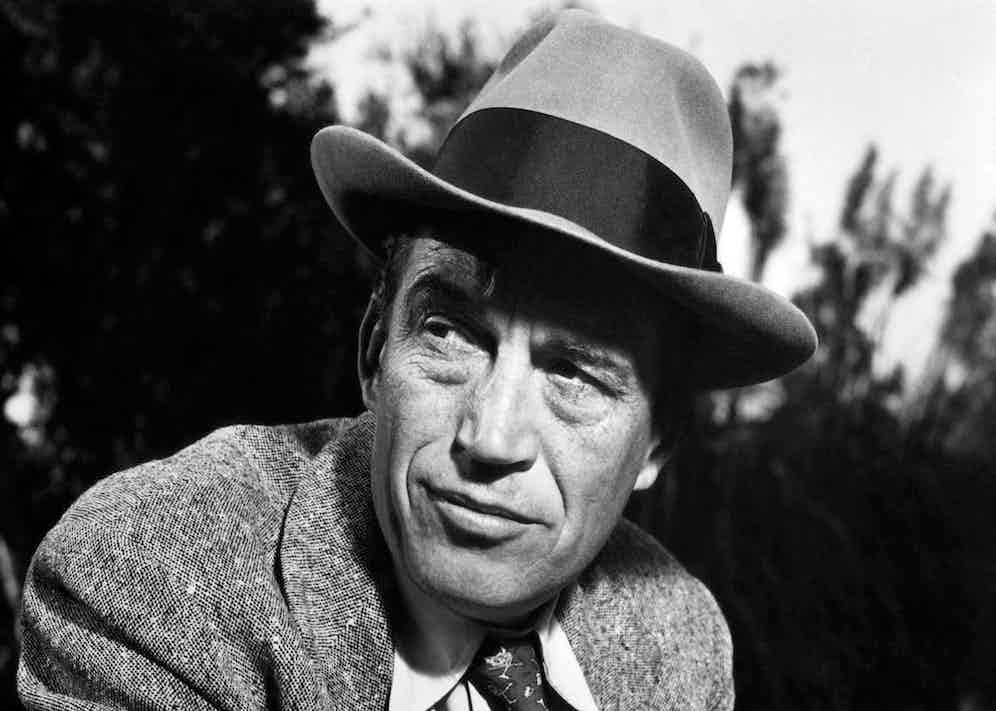 Most artists create in their own image, but not like John Huston. Everything about this director, down to his name, could have come from a character from one of his films. Real life has even less in common with his tall tales of men tested on adventures through jungles either tropical or asphalt. But, like Homer’s ancient heroes or Shakespeare’s kings and queens, they ring on down the ages as life writ large. For Huston, they were simply life.

The stories are legion. There was the time he was vacationing with his pal Billy Pearson, a jockey turned art collector, and took a fancy to a Monet they found in a gallery. Not having the cash on him, he went to a casino and promptly turned a borrowed $1,000 into half a million. Which he then, just as promptly, lost — save for $10,000, the price of the Monet. Or there was the occasion when, filming The Unforgiven, his 1960 western, he took against the interference of lead actor Burt Lancaster. Finding that his nemesis was playing golf nearby, he hired a plane and dropped a downpour of ping- pong balls scrawled with insults such as ‘Burt Lancaster sucks’ so that the game had to be called off.

Or there was the night on the set of 1953’s Beat the Devil, a chaotic production located on Italy’s Amalfi coast where the nightly parties were so bacchanalian that Orson Welles and Ingrid Bergman flew out to join the fun. Huston celebrated one day’s shooting by walking off a cliff and falling 40 feet, his life saved only by the anaesthetisingly high level of alcohol in his blood. Most notorious was his behaviour on the set of The African Queen, the Oscar-winning romance set deep in the Congo. His daughter, Anjelica, retold the stories she heard from him — of marching red ants that had to be wiped out with flaming petrol, an entire crew struck down with dysentery, black mambas in the latrines, hippos and crocodiles roaming the set.

"He was the cowboy taken out of the western and put in real life, an icon made flesh."

The story lies at the heart of Huston’s legend, because, while it speaks of monstrous egotism and selfish obsession, it retains an aura of ancient grandeur, of heroism in its most masculine sense. Like many of his films, from The Maltese Falconin 1941 to The Man Who Would Be Kingin 1975, it centred on a quest — a search for the Holy Grail, an attempt at Everest, or a heavyweight championship bout. Even more than his friends Ernest Hemingway and Welles, Huston was at once a sophisticated aesthete and an instinctive man of action. He was the cowboy taken out of the western and put in real life, an icon made flesh.

His appetite for women, certainly, was prodigious, one biographer describing him as a “compulsive satyr”. He had five wives, starting at the age of 18 with Dorothy Harvey, and taking in Irish aristocrat Lesley Black, actress Evelyn Keyes, ballerina Ricki Soma (mother of Anjelica and his elder son, Tony) and heiress Celeste Shane — or, as he had it, “a schoolgirl, a gentlewoman, a motion-picture actress, a ballerina, and a crocodile”. Behind this came a second string of mistresses who occasionally spanned marriages and included the mother of his second son, Danny. Beyond that were conquests of varying duration and degree, including actress Mary Astor, Henry Fonda’s ex-wife Afdera (an Italian countess), and innumerable others.

Some claimed he only ever loved one woman, Marietta FitzGerald; it was said that even on his deathbed, aged 81, her arrival at his side sent his electrocardiogram into a frenzy. Without exception, he gave no thought whatever to the effect of his behaviour on the women involved, or on his children. Evelyn Keyes once tried to put her foot down when forced to share the marital bedroom with his pet monkey, telling him it was either she or the animal. His answer told her where his priorities lay: “I’m sorry, honey, I just can’t bear to be parted from the monkey.” 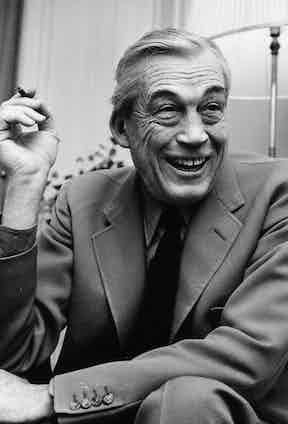 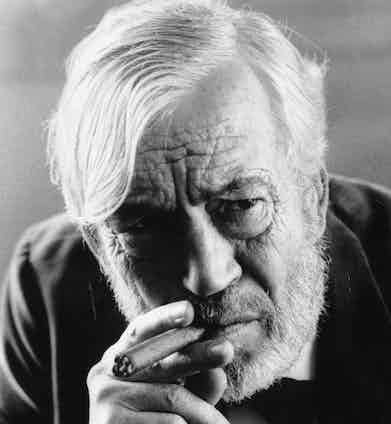 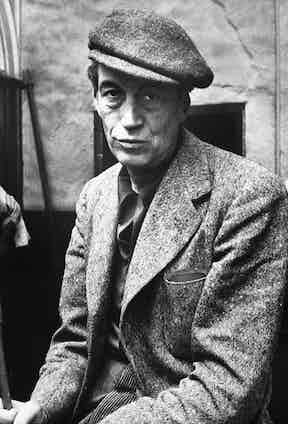 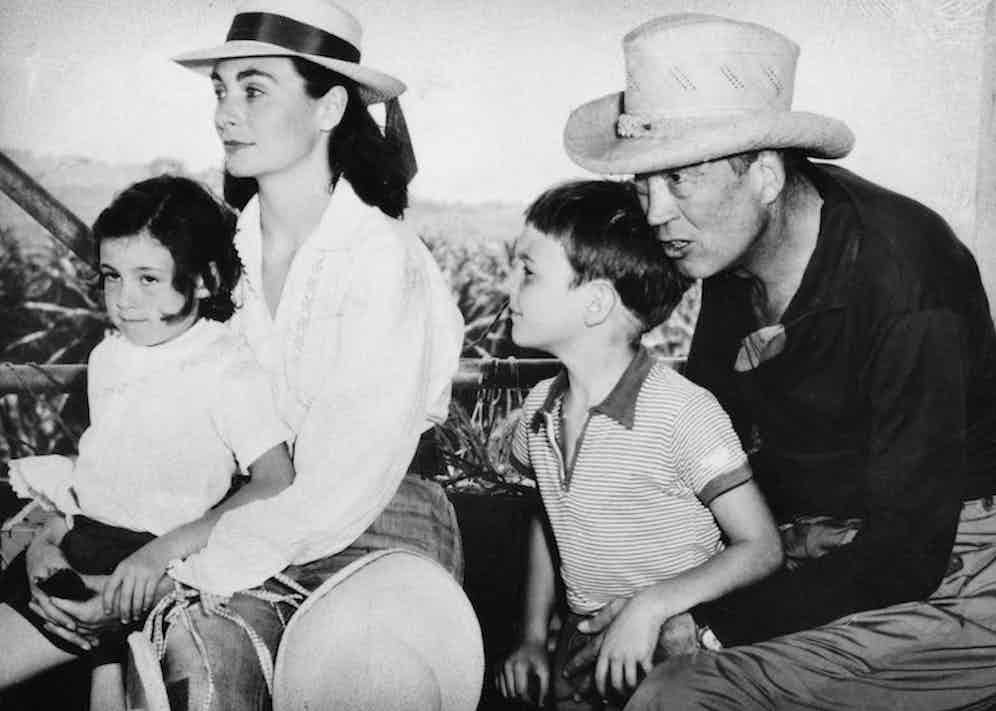 His appetite for sex was matched by his thirst. On the set of The African Queen, Humphrey Bogart recalled that the pair of them were so full of whisky that, “whenever a fly bit Huston or me, it dropped dead”. Eastwood came away from his research on the man for White Hunter, Black Heartin disbelief, saying: “Most people who live the way he did drop dead at 40.” In the end, it was tobacco rather than drink that killed him, taking him in 1987 at the age of 81, after almost a decade of emphysema.

Regardless, he presented himself in a style that perfectly suited his personality, and came with no little care. His 6ft 2in frame was most usually clothed in the style of an English country gentleman. Tweed jacket and cap, heavy corduroy, handmade leather shoes and silk ties set off his lived-in face and boxer’s nose to give the air of the adventurer. Occasionally he might be seen in an item from his travels, his mahogany dressing room full, Anjelica says, “of kimonos and cowboy boots and Navajo Indian belts, robes from India, Morocco and Afghanistan”. No doubt he was a wanderer, travelling from the age of seven with his father, Walter, an actor (later to win an Oscar for The Treasure of the Sierra Madre, under his son’s direction), and his mother, a sports reporter.

"He continued to reinvent himself afresh every few years — with a new woman or sometimes a new home."

He was also a gifted painter, rarely seen without a sketchpad for the rest of his life. He worked as a journalist in Los Angeles, a bit-part actor in New York, a cavalry officer in Mexico, and, after killing a pedestrian in a car accident, lived as a drifter for a year on the streets of London and Paris. He continued to reinvent himself afresh every few years — with a new woman or sometimes a new home. There was St. Clerans, the Georgian country pile in County Galway he bought in 1956 after falling in love with Ireland as a guest of a Guinness. It allowed him to play the squire, rooting himself to the earth but also lording it up as Master of Fox Hounds. In 1975, he returned to Mexico, to a beach near Puerto Vallarta he had found while filming The Night of the Iguanain 1962.

He devoted himself to the movie industry only when he was 31, first as a scriptwriter and then, five years later, as a director. That was The Maltese Falcon, the first in an extraordinary run of films that have to a large degree defined what we think of as cinema. Their number – 40-plus, including those for which he was uncredited – and their occasional falls in quality are the natural product of a vagabond spirit. He both cared passionately and not at all — just as he was able to devote the fate of his beloved collection of pre-Columbian art to the toss of a coin in the throes of his third divorce. What he couldn’t stand, just like the heroes of his films, was to be bored. 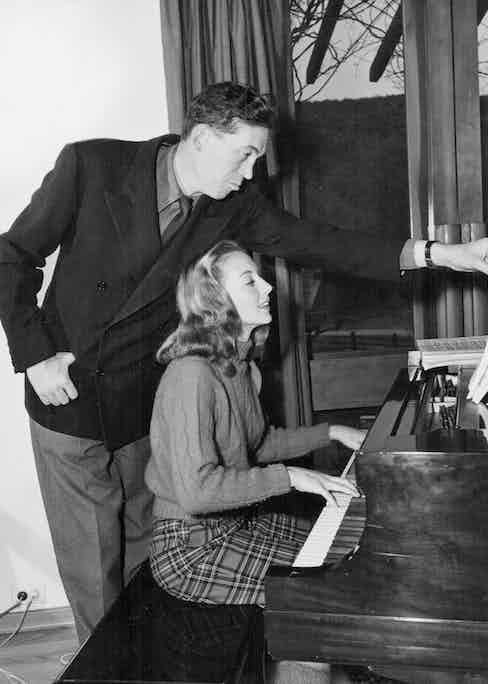 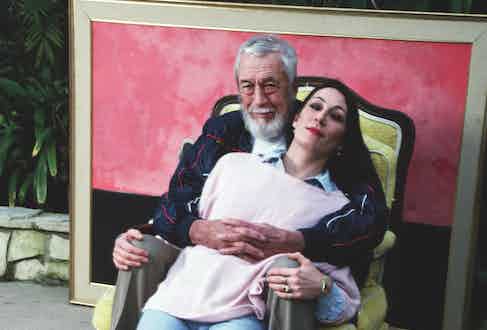 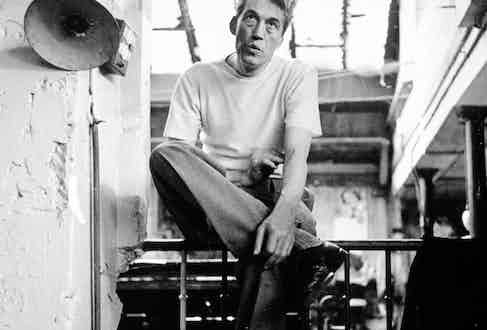 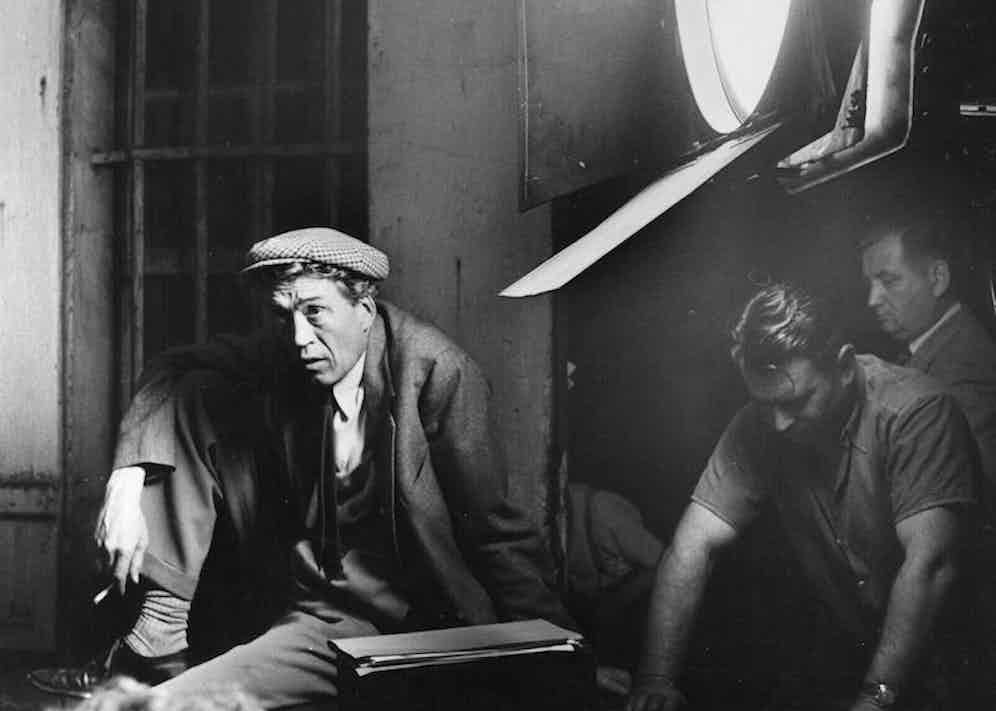 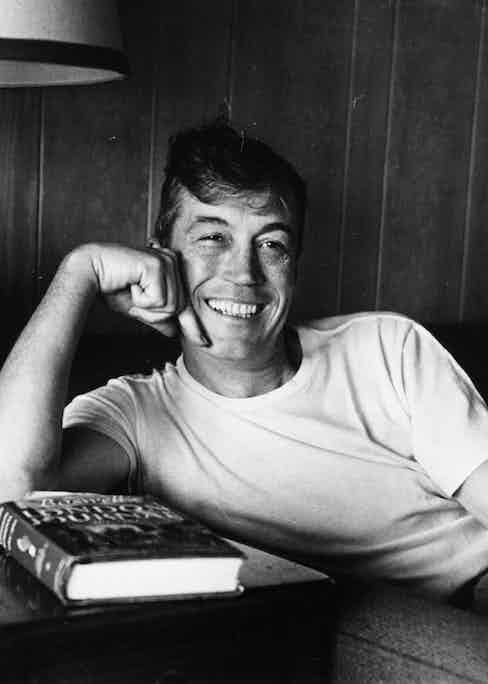 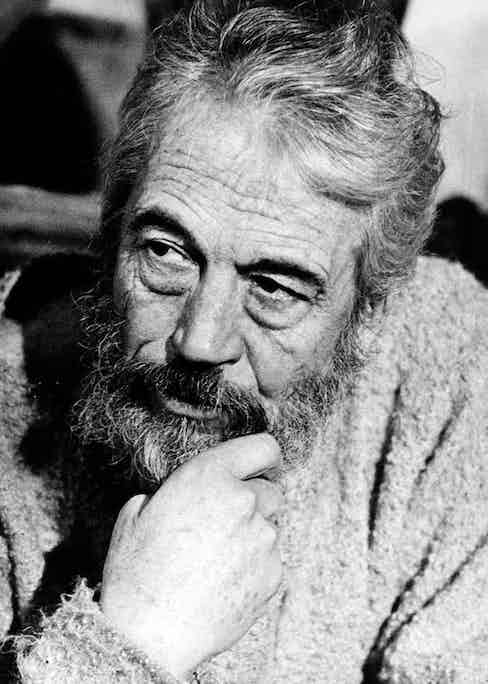