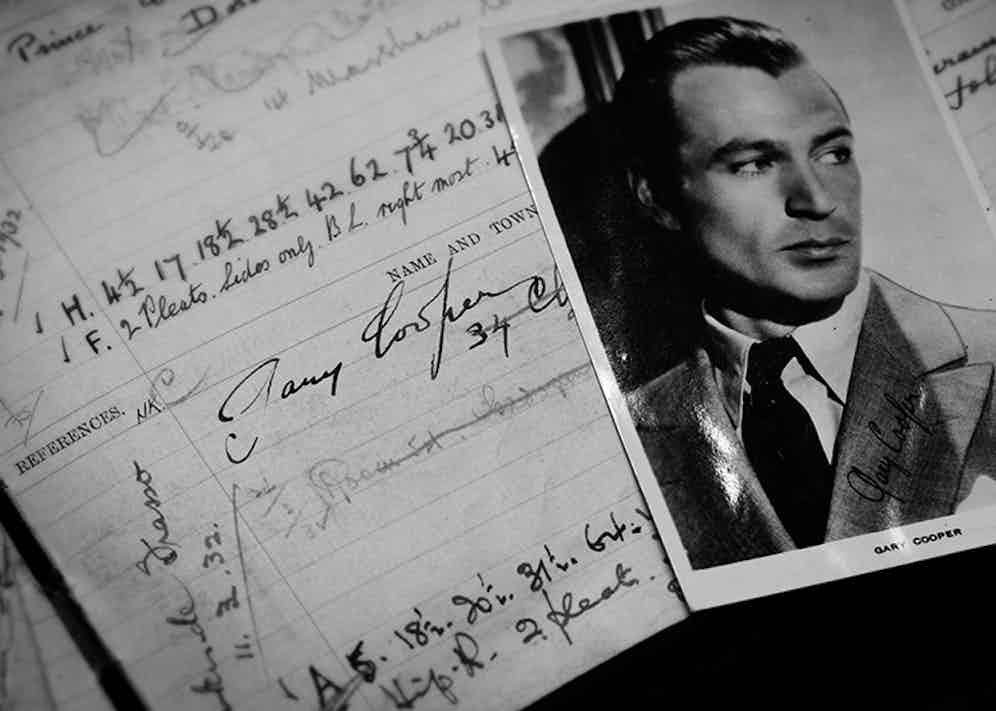 In 1946, when Irving Berlin revised the lyrics to his 1929 song 'Puttin' on the Ritz' to include these memorable lines, Gary Cooper had been a star for over 15 years, and it would have been hard for most men to look as super duper. There were, first of all, his natural physical attributes. Throughout the 1930s and '40s, Cooper maintained his weight of 185 lbs on his 6'3' frame. With his light brown, wavy hair and vibrant blue eyes, his easy drawl and nonchalant adroitness, he was catnip to women, and admired by men. He conveyed a straightforwardness and an honest American handsomeness that seemed to both ignore and rise above the contrived glamour and studied posturing that had characterised so many other film heroes of those early years.

There was the naturalness to his talent. By 1945, he had already appeared in 64 feature films, starring in all but the first half-dozen. He played virtually every type of role available to a leading man: he was a small-town poet and small-town sheriff, a playboy, heroic soldier, scientist, spy, professor, French Foreign Legionnaire, swashbuckler, con man, fighter pilot, Indian fighter, adventurer, Bengal Lancer and, of course, dozens of cowboys. No matter what costume he put on, he looked like he owned it. The camera loved him, and so did the box office.

But costume is one thing, and clothes are another. In his private life, and in those many films from the late '20s to the '40s where he wore contemporary clothes-The Legion of the Condemned, City Streets, Devil and the Deep, Today We Live, Design for Living, Now and Forever, The Wedding Night and Desire come to mind-he had devised and perfected his own debonair style that combined the perfectly tailored European wardrobe with all-American casual sportswear to produce the first, and still finest example of elegant international masculine style rooted in an American ideal of the everyman as hero. From the most casual sports clothing to the most formal white tie and tails, Cooper carried himself with uncontrived conviction.

'Believe me, he was the best-looking son of a bitch who ever lived,' categorically stated the famed designer Bill Blass. 'He had the greatest sense of style.'

Blass was a champion of American style, that wonderful nonchalance of both men and women being able to wear clothing effortlessly, to be entirely at ease in tailored clothing, and to be able to mix the more formal with the more casual. Women, Blass felt, should be able to wear mink as though it were cloth, and vice versa. He tells a story in his autobiography about sitting in the bar of the Ritz in Paris, when suddenly in swept socialites C. Z. Guest and Gloria Vanderbilt, wearing not frilly cocktail dresses, but grey flannel trousers and sweaters with sable coats thrown casually over their shoulders. For Blass, that sort of thing was always more chic than the fussy, hours-of- prepping drive to studied perfection that the European couture houses espoused. He thought it worth mentioning in his memoirs that his friend Chessy Rayner would patronise Mme. Grès, but also wore khakis she'd bought at the Army Navy store. That was real American class. And it was definitely Gary Cooper. 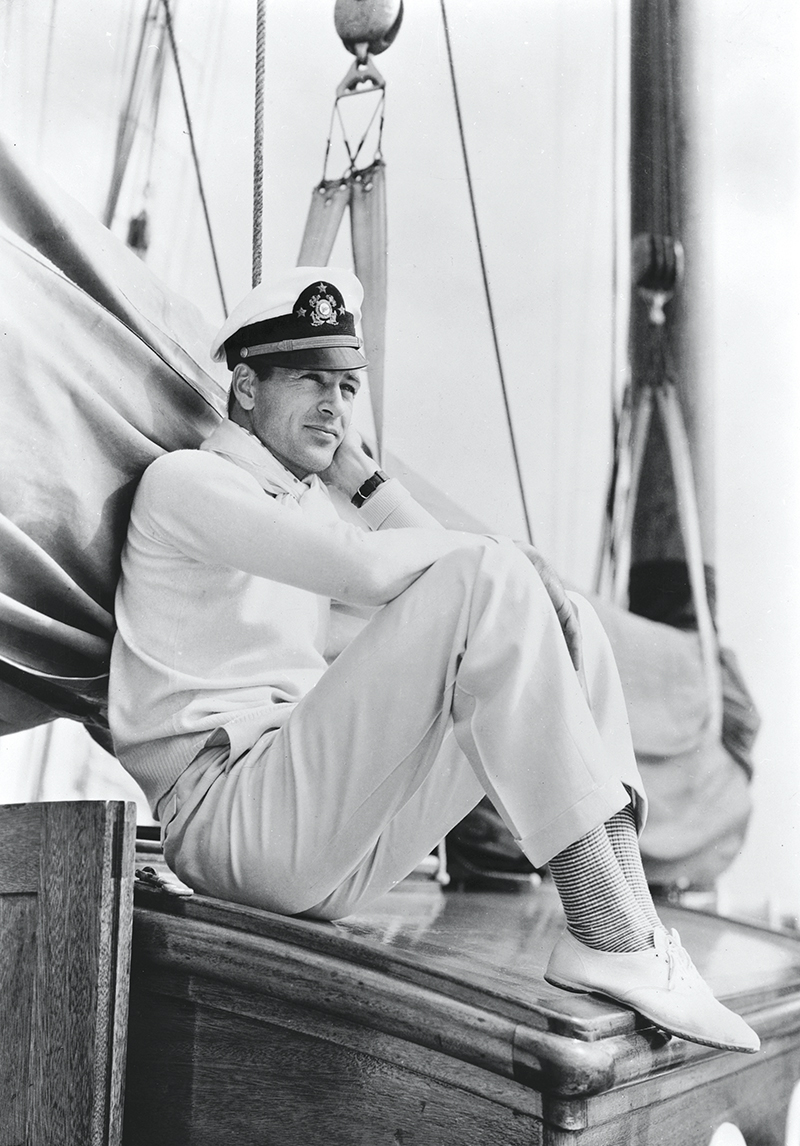 circa 1940: American actor Gary Cooper (1901 - 1961) sitting on board a yacht wearing a sailor's cap. (Photo by John Kobal Foundation/Getty Images)