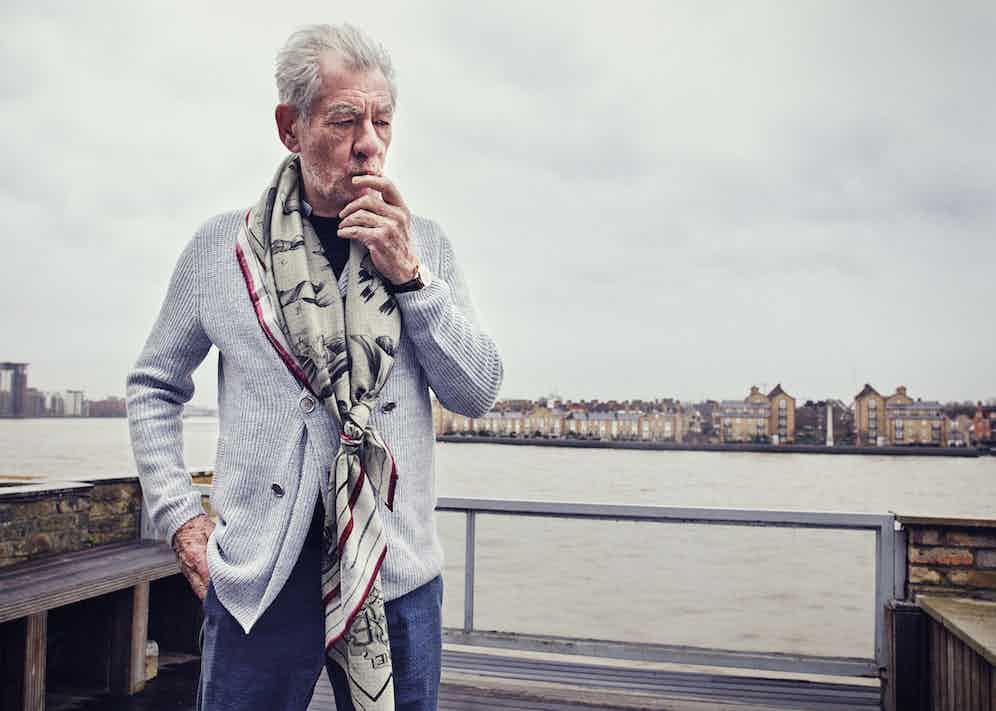 The tempest raging outside, as The Rake settles down for a conversation with Ian McKellen, has not been summoned by any ousted-duke sorcerer, and this is no magical Mediterranean island in renaissance Europe. Rather, we’re on the ground floor of the actor’s townhouse, and the volumes of water periodically crashing into the window panes are those of the Thames, on whose gravelly banks McKellen has had a domicile since the 1970s, when plans to redevelop and gentrify the then moribund Docklands were in their infancy.

It is an enchanting home: four floors strewn with untidily stacked books, eclectic modern artworks and a sprinkle here and there of sea glass and china, possibly washed up by the winding tides outside. Stepping into a vast kitchen and reception area on the first floor, McKellen’s mellifluous voice, a dulcet blend of his native Wigan-slash-Bolton accent and acquired, sonorous Shakespearean modulation, is immediately audible as he regales the photoshoot entourage in an adjacent room: “Well, you see, it was all just to hide my stomach, and yet Anna Wintour came over and told me I was the best-dressed man in the room… ”

One’s eyes, though, on entering this part of McKellen’s home (call him ‘Sir Ian’ at your peril; he almost turned down his 1991 knighthood because he believes actors earn them too easily) are drawn to a riverside terrace. There, bursts of potted foliage, a stepladder/lantern installation and three primary-coloured, life-size artist’s mannequins make for a surreal tableau, back-dropped by a Tupperware sky whose low-hanging belly today is pierced by the faint grey outline of the Shard to the west.

There are plenty of signs of recent revelry around the place, not least a half-finished glass of white wine on the top-floor balcony, which the occupant admits has been there since New Year’s Eve. McKellen says, though, that the unrelenting six or so decades since he first trod the boards, as Malvolio in a school production of Twelfth Night, have left him craving tranquillity as much as the next septuagenarian. “I like nothing better than being in here,” he says, settling into an armchair, the dim light and rain-lash on the windows supplying the room with some weapons-grade hygge. He fingers the top pocket of a loose velvet jacket he can’t remember acquiring. “I love going to my computer, wondering what I’m doing that day, and seeing there’s nothing in the diary,” he says. “I’ll happily have people round here — more happily than I’ll go out — but I’m not a recluse.”

Subscribe here to read the full interview or pick up your copy of Issue 52, on newsstands now. 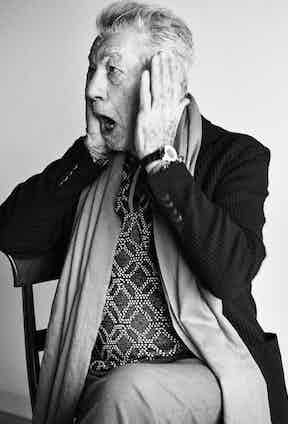 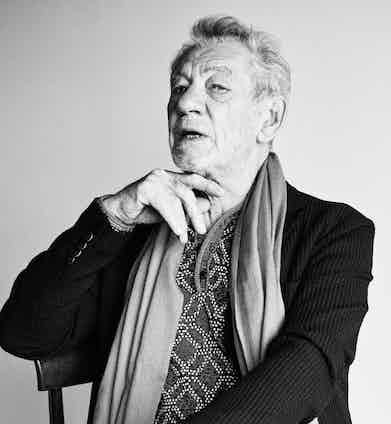 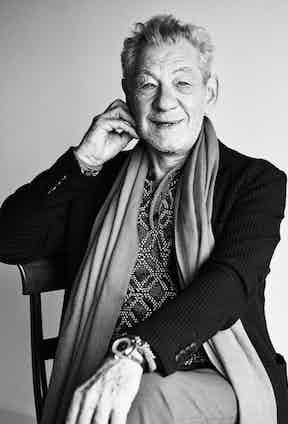 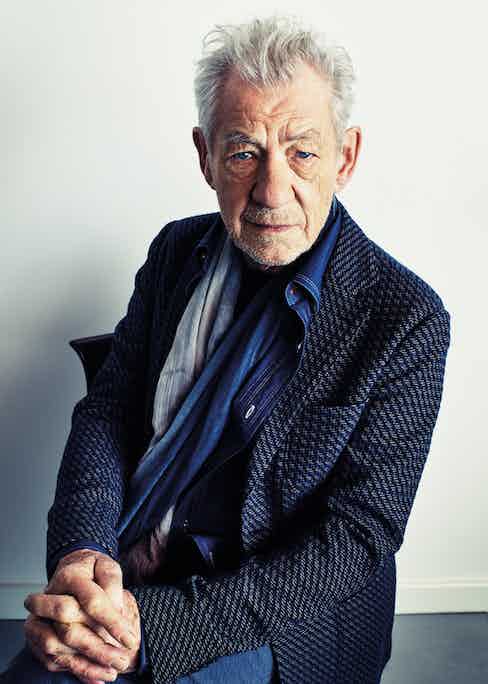 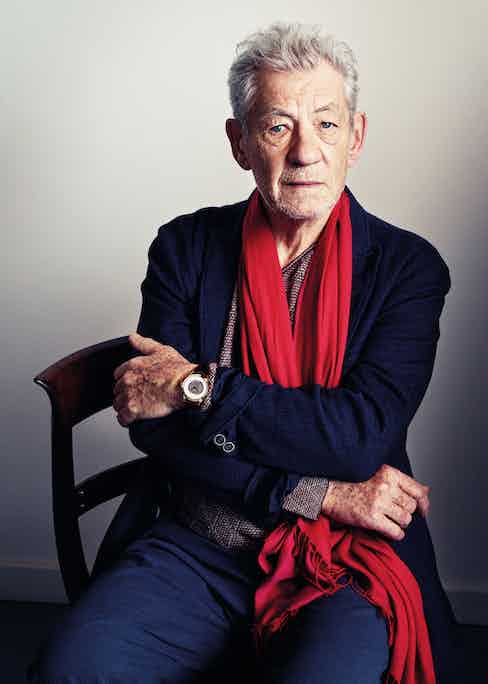 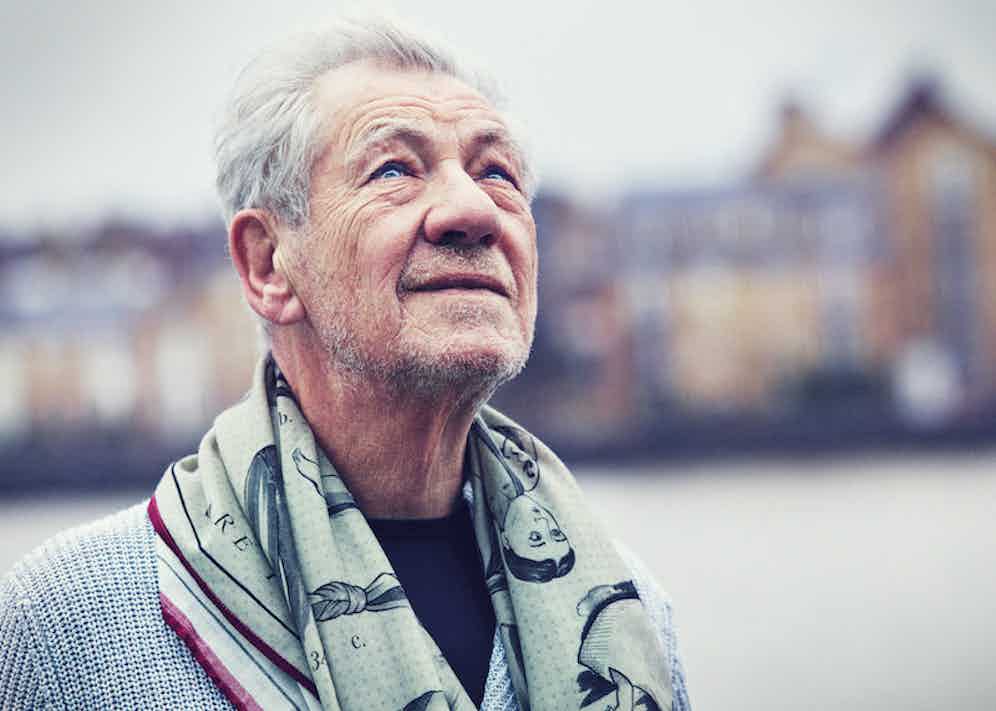